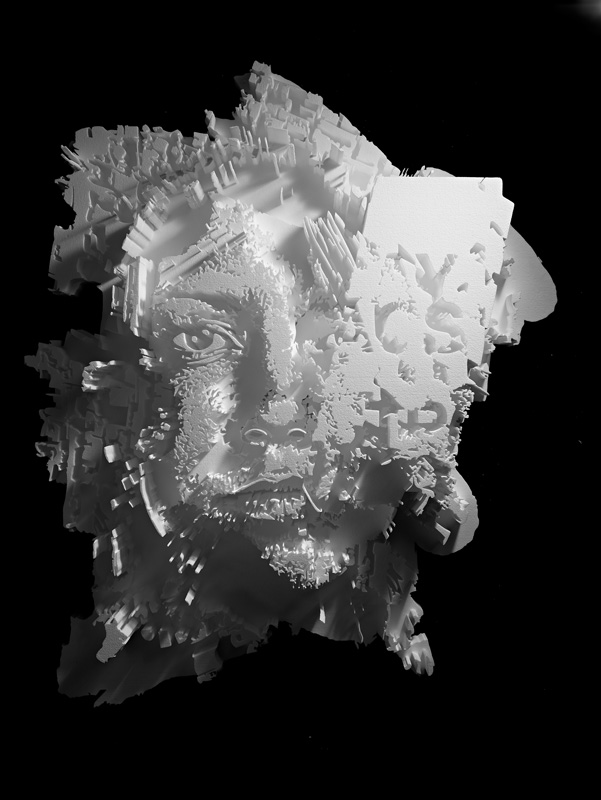 It is not often that you find beauty in destruction, but street artist Vhils has mastered the poetic art of decay. The Portuguese street artist, whose work we’re constantly in awe of, has taken the world by storm with his brilliantly constructed, or deconstructed, murals. Using chisels, hammers, drills, and even explosives to break down layers of solid urban structures, the innovative artist creates remarkably textures portraits.

Two of Vhils’s portrait pieces truly standout, literally. The three-dimensional faces featured in these works pop out from their backboard as intriguingly deconstructed forms. The faces are fragmented in such a way that it seems almost topographical, as though we’re actually looking at a city from above. This aerial viewpoint can be interpreted in a variety of ways, one of which reads directly into how a city is defined as much by its people as its people are defined by their city.

As part of his solo show titled Devoid, a compilation of the artist’s work from the past year are currently on display at Lazarides through January 17, 2012. 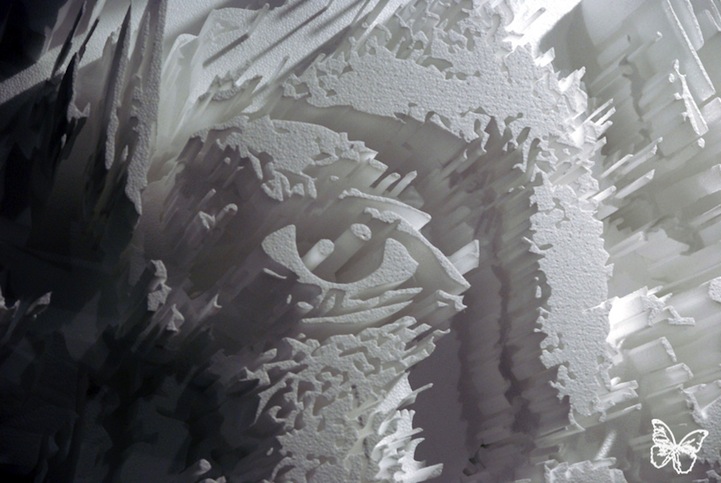 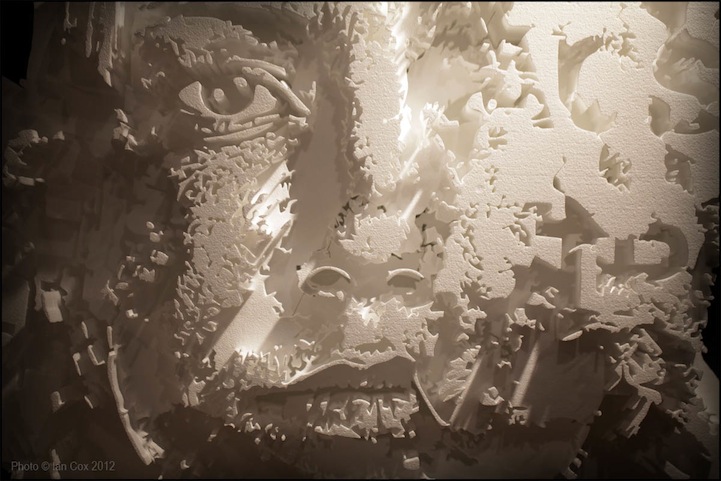 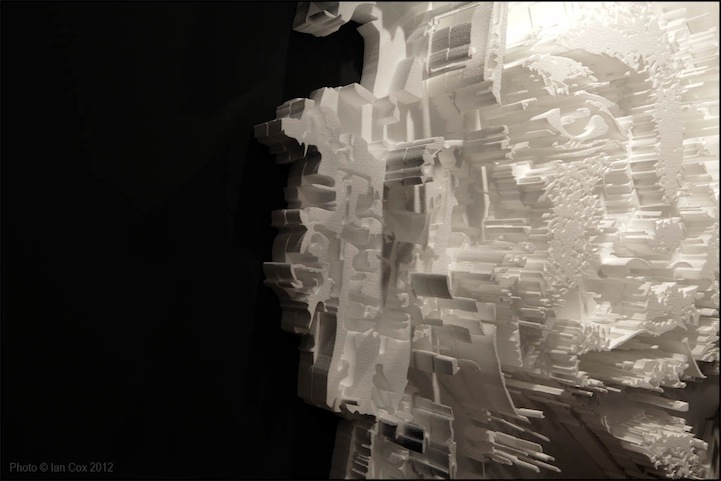 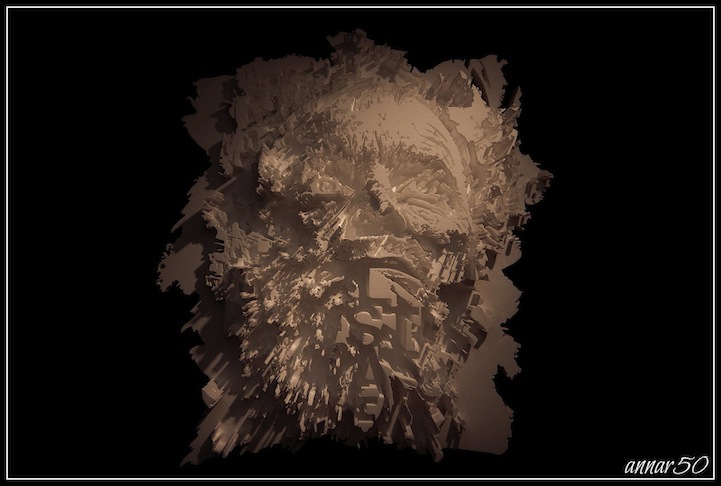