This 8-meter-tall steel sculpture by Georgian artist Tamara Kvesitadze is not only a stunning example of mechanics and design, but also a depiction of eternal love between nations. The structure symbolizes the story of Ali and Nino, two lovers from different religious backgrounds. Every night at 7pm, the two figures begin changing positions, moving towards one another until they meet in a brief embrace, before passing through and continuing on their path. At night their dance is lit up with colourful undulating lights, creating an emotional mood and a stirring sight in the seaside boulevard of Batumi, Georgia

Originally designed in 2007 with the name A Women and Man, the sculpture was installed in 2010 and subsequently renamed Ali and Nino, inspired by the novel written in 1937 by an Azerbaijani author using the pseudonym Kurban Said. It tells of a tragic love affair between a young Muslim Azerbaijani man and a Christian Georgian princess during the First World War. Theirs is a story of passionate love torn apart by culture, religion, and war, and has been hailed as one of the romantic novels of all time.

Scroll down to watch the lovers' fascinating mechanical dance in motion. 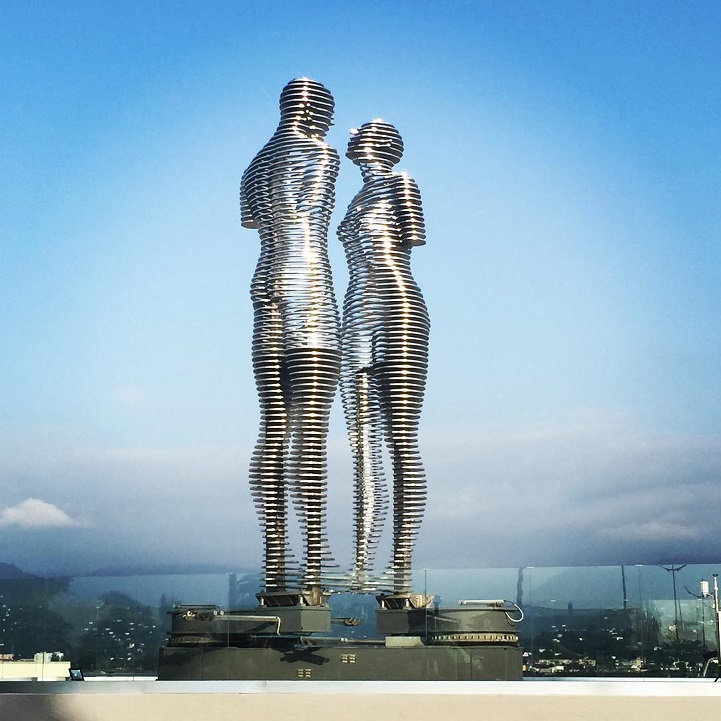 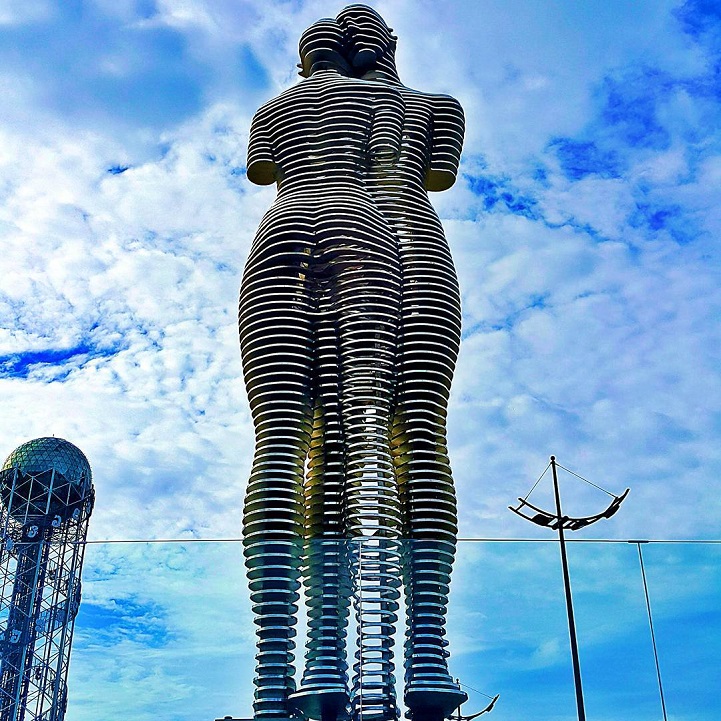 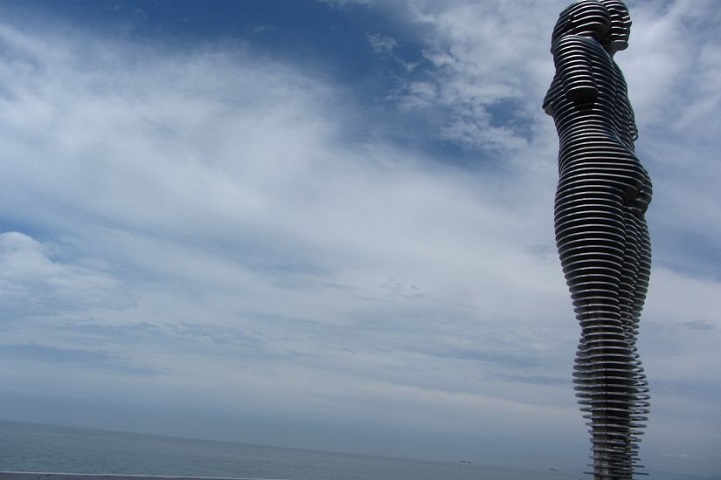 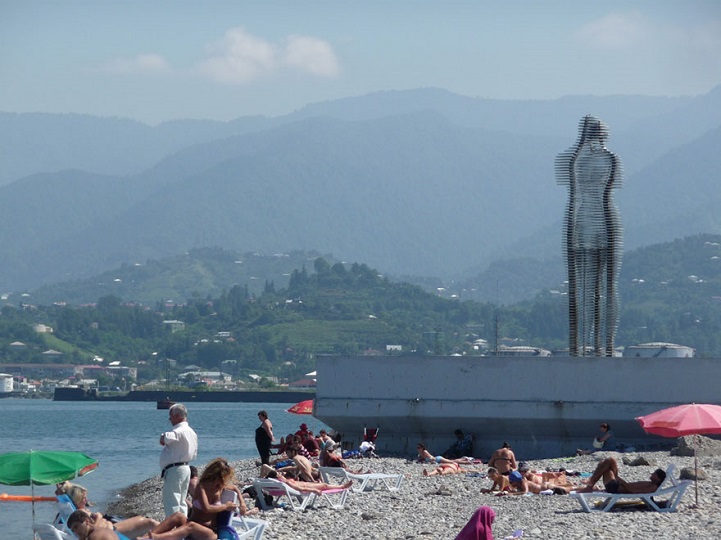 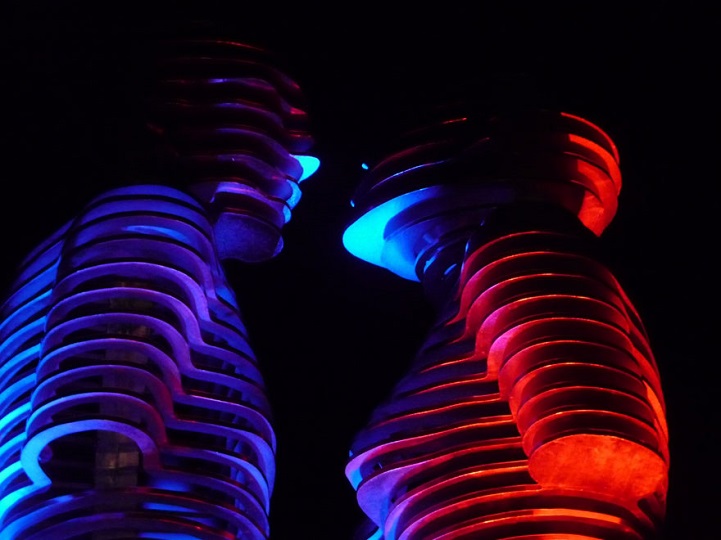 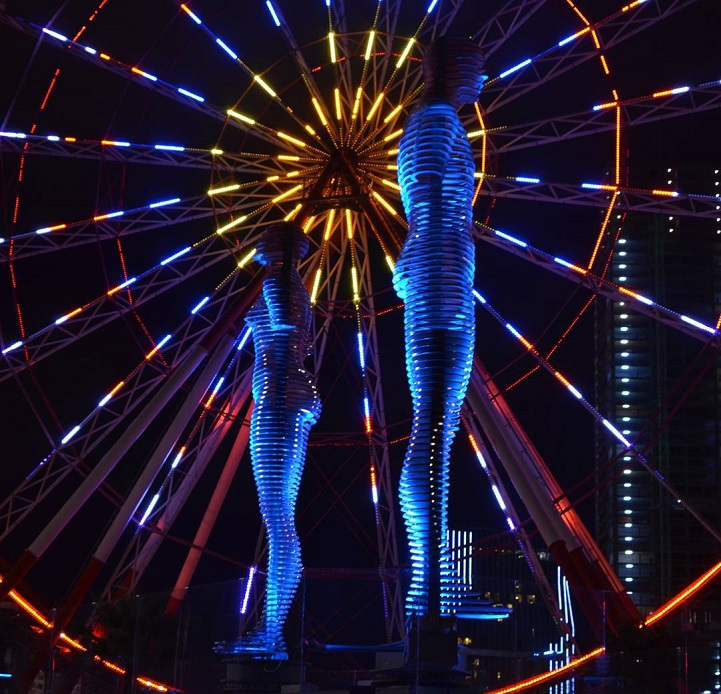 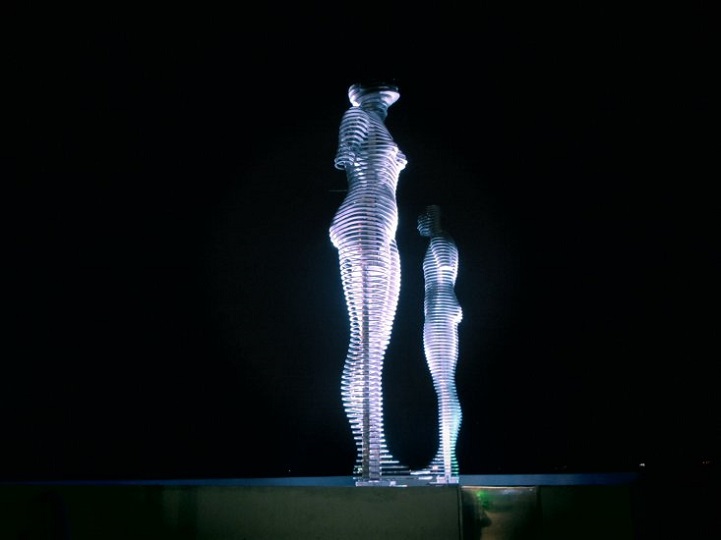 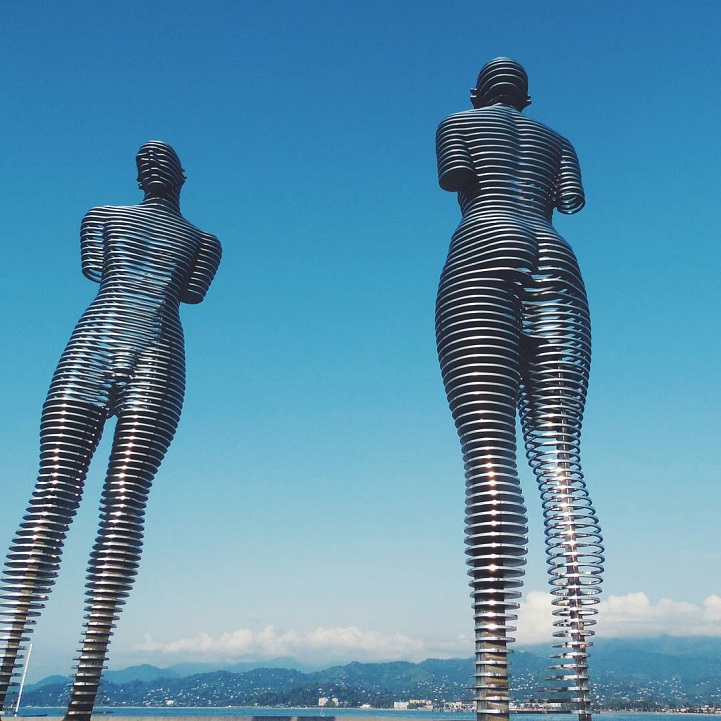 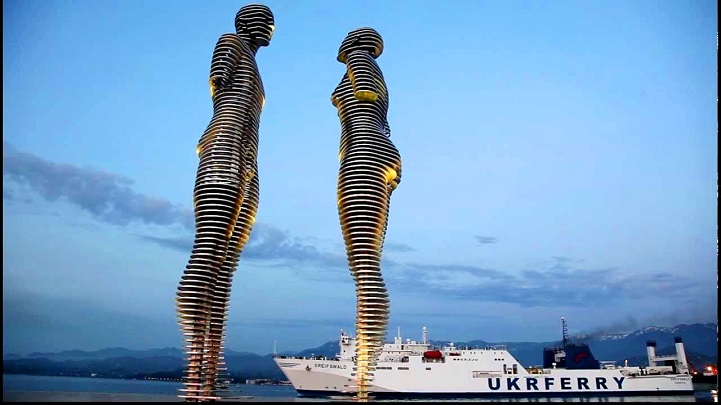 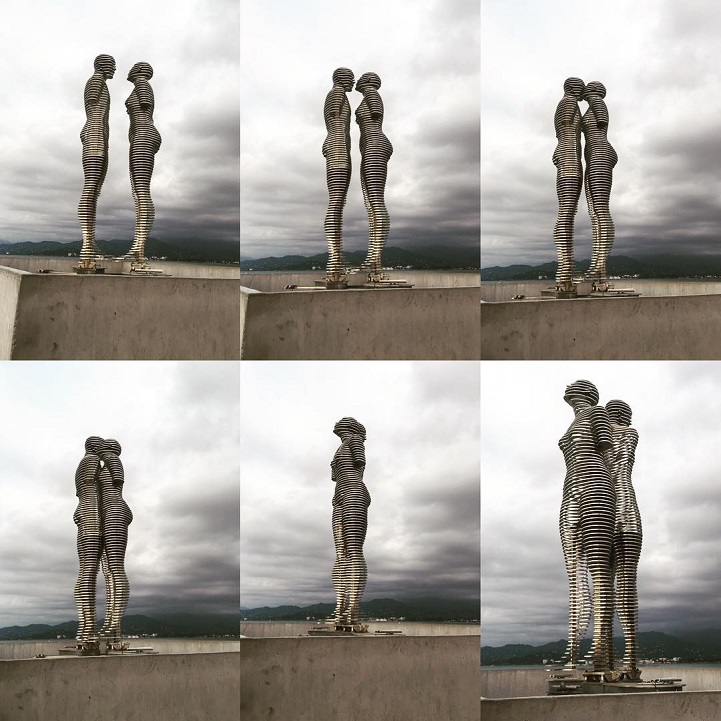