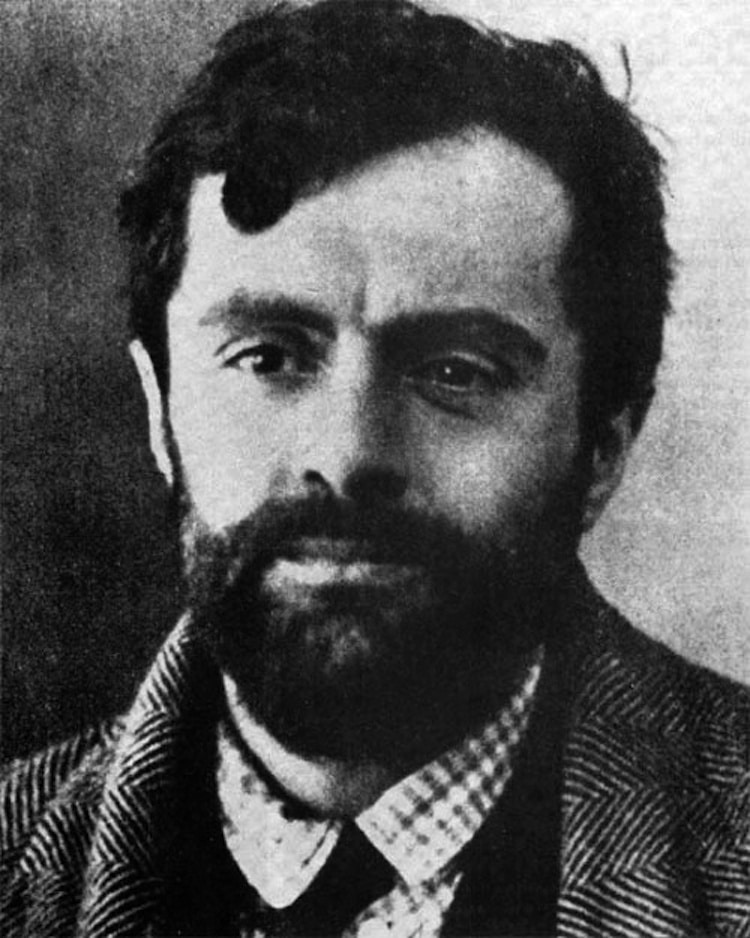 Italian painter and sculptor Amedeo Modigliani was an integral member of the École de Paris (School of Paris). Along with Pablo Picasso, Marc Chagall, Piet Mondrian, he moved to Montmartre and dedicated his time to his art and the bohemian lifestyle that came with it. Not associated with any one particular art genre, Modigliani’s signature style merges European movements (such as Cubism) with non-Western art forms. He’s best known for his distinctive nudes and portraits that are characterized by elongated proportions and African mask-like faces. While his nudes scandalized audiences at the time, his melancholic portraits revealed his subjects’ personal inner lives.

Modigliani struggled with poor health from childhood and later suffered from malnourishment and alcoholism. He ultimately died from tubercular meningitis in 1920 when he was just 35 years old. And tragically, his wife and fellow artist Jeanne Hébuterne took her own life the following day.

Although Modigliani’s artworks were not commercially successful during his lifetime, they became increasingly popular after his death. Read on to discover five of his most famous works. 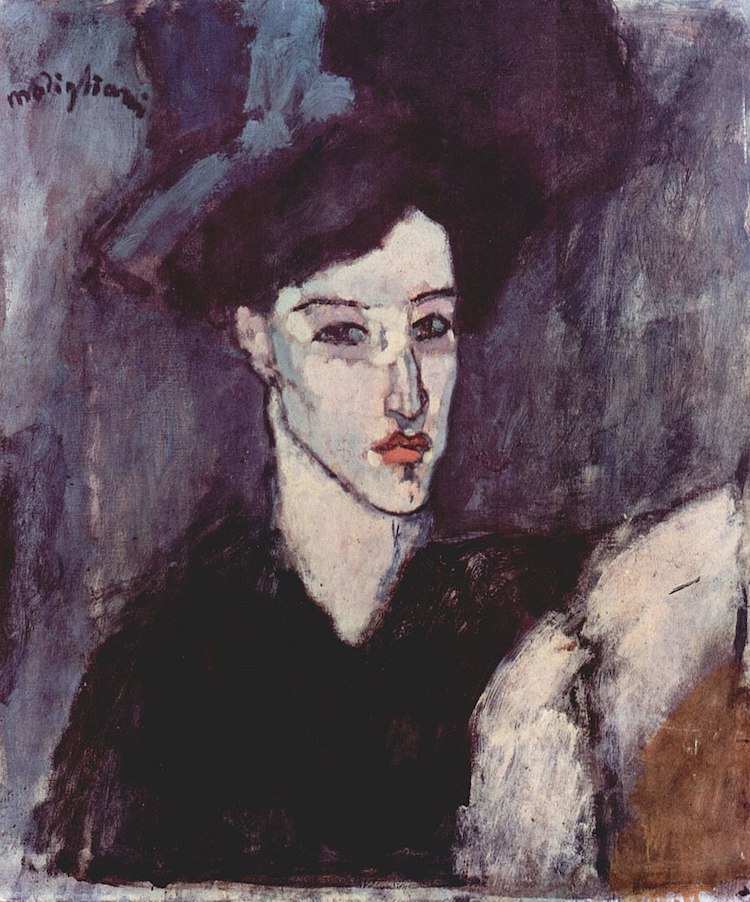 Despite the anti-Semitism that his fellow Jewish artists, such and Marc Chagall, faced in Europe at the time, Modigliani took pride in his Jewish heritage. When he arrived in Paris in 1906, he boldly declared, “I am Modigliani, the Jew.” Modigliani’s 1908 portrait titled The Jewess was the first painting the artist sold after his move to the French capital. In it, he explores Jewish identity by painting his subjects’ uniqueness and imperfections. He presents the female sitter as elegant, composed, and sophisticated, albeit a little cold and elusive. Due to the painting's melancholic hues, The Jewess has been compared with the work of Picasso’s Blue Period. 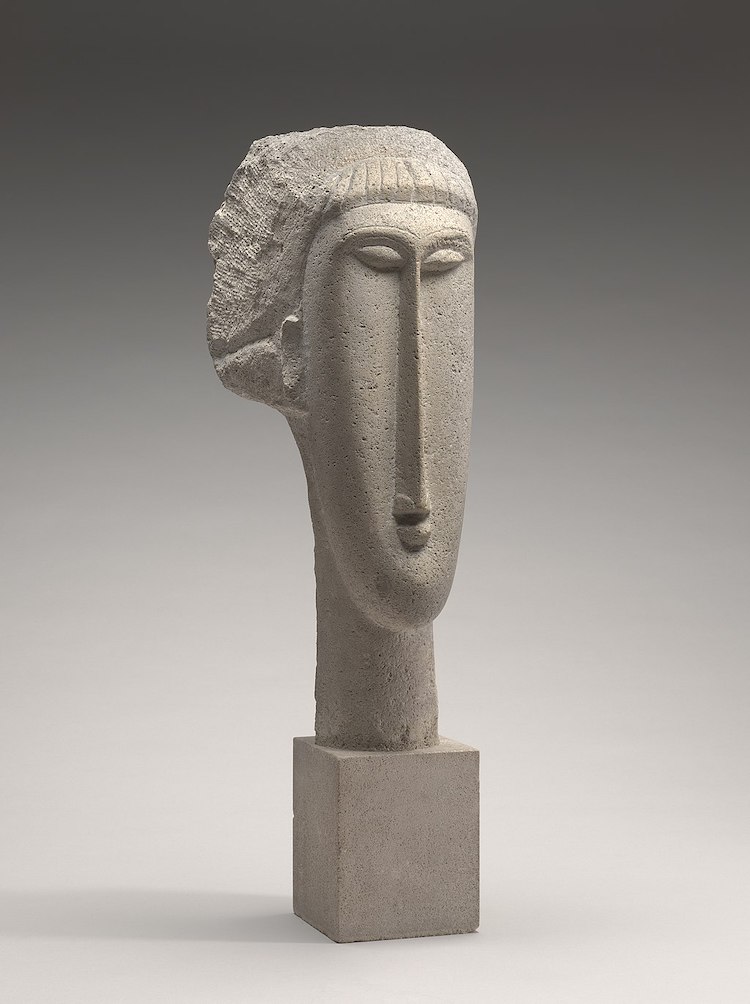 Modigliani met Romanian sculptor Constantin Brâncuși in 1909, and he taught him to produce sculptures from stone. Modigliani began crafting stylized, elongated heads that embodied his earlier figure and portrait paintings. He completed around 25 sculptures throughout his short career, but this figure in particular was inspired by African and Ancient Greek sculpture. To create Head of a Woman, Modigliani used a limestone block left over from the construction of the Paris subway system. 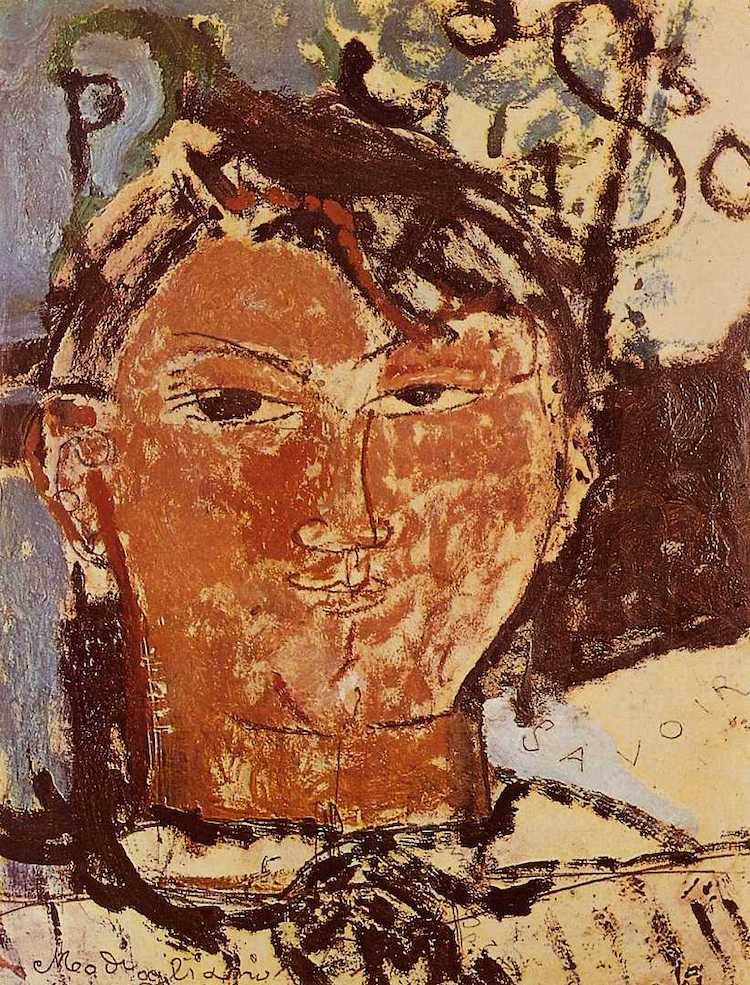 When Modigliani lived in Paris, he stayed in an artist community in Le Bateau-Lavoir, Montmartre. Pablo Picasso also had a studio there, and the pair shared a mutual admiration and a friendly artistic rivalry. Picasso often sat for Modigliani’s portraits, and he even owned several of his paintings. The artist’s duality is captured in the two-toned face of this Portrait of Pablo Picasso, painted in 1915. The gestural, bold brush marks hint at the inner conflict Modigliani felt about Picasso, but the subject’s round, Buddha-like face shows respect for his fellow artist. Picasso’s wisdom and experience are also honored with the painted word, savoir, meaning “to know” in French. 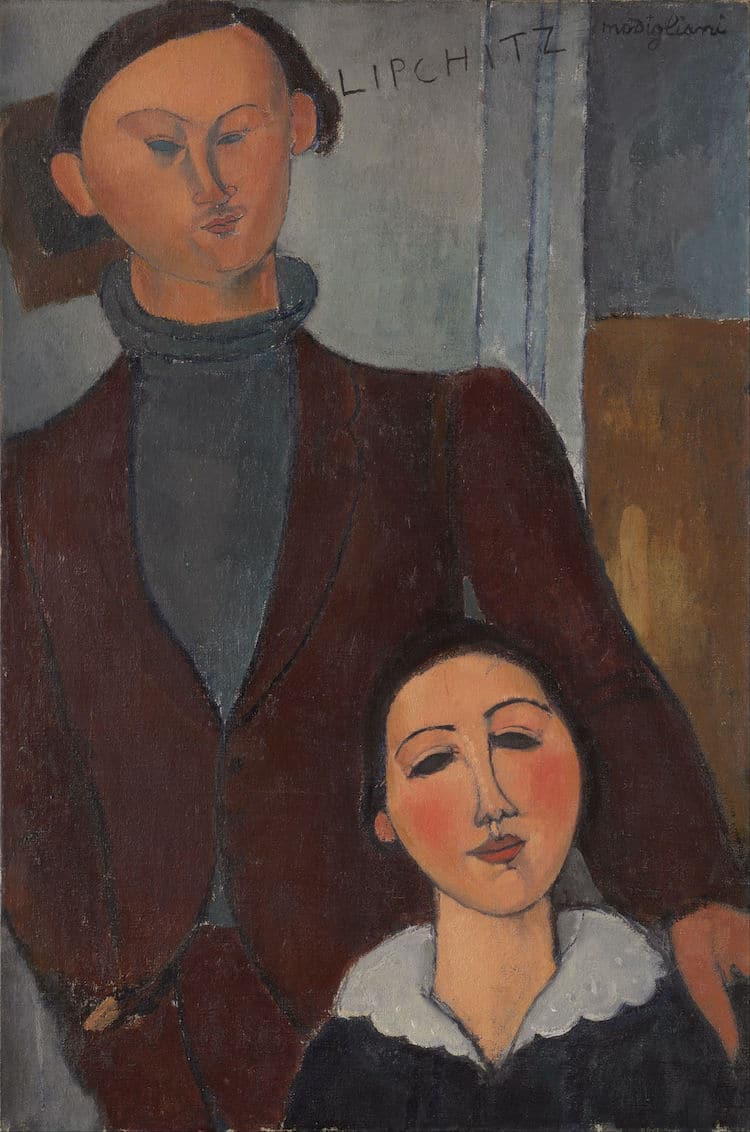 Lithuanian-born sculptor Jacques Lipchitz, Modigliani's friend, also lived in Paris. He commissioned Modigliani to paint this portrait to commemorate his marriage to Russian poet Berthe Kitrosser. It’s one of only three double portraits in Modigliani’s archive, but it’s also one of his most famous works.

According to Lipchitz, it took just two days to paint. On the first day, Modigliani made about twenty drawings, and on the second day, he declared the picture finished. Modigliani charged his friend the modest price of “ten francs per sitting and a little alcohol.” However, since the artist was struggling financially at the time, Lipchitz persuaded him to work on the portrait for another two weeks so that he could pay his friend more money. Although rendered in Modigliani’s abstract, mask-like style, the painting still captures the personalities of the newly-wed couple. 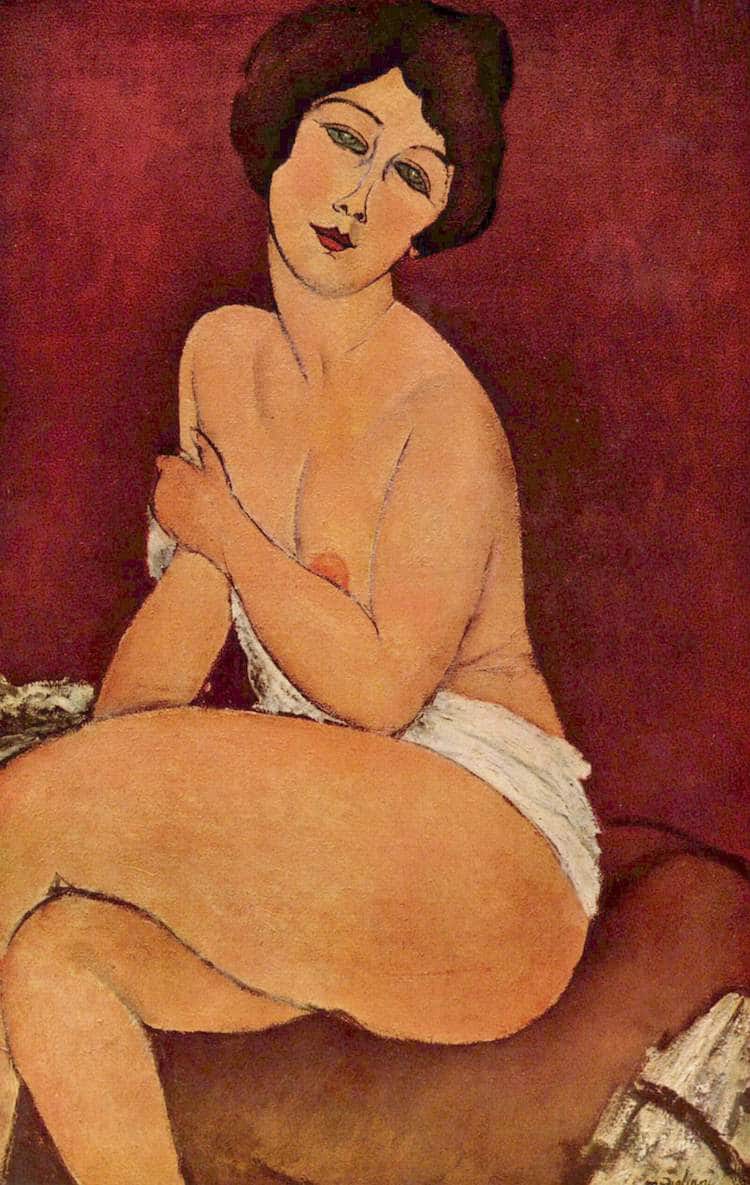 Modigliani painted several nudes between 1916 and 1919, many of which later became his best-known works. This painting, titled Nude Sitting on a Divan (also known as La Belle Romaine, or The Beautiful Roman Woman) portrays a partially naked woman against a deep red background with fabric draped across her body. The figure appears bold and blatant, gazing sensually from the frame.

This piece was one of the paintings exhibited at the artist’s only solo exhibition at Berthe Weill Gallery, Paris, in 1917. The exhibition caused such a stir that the police demanded that it close early.