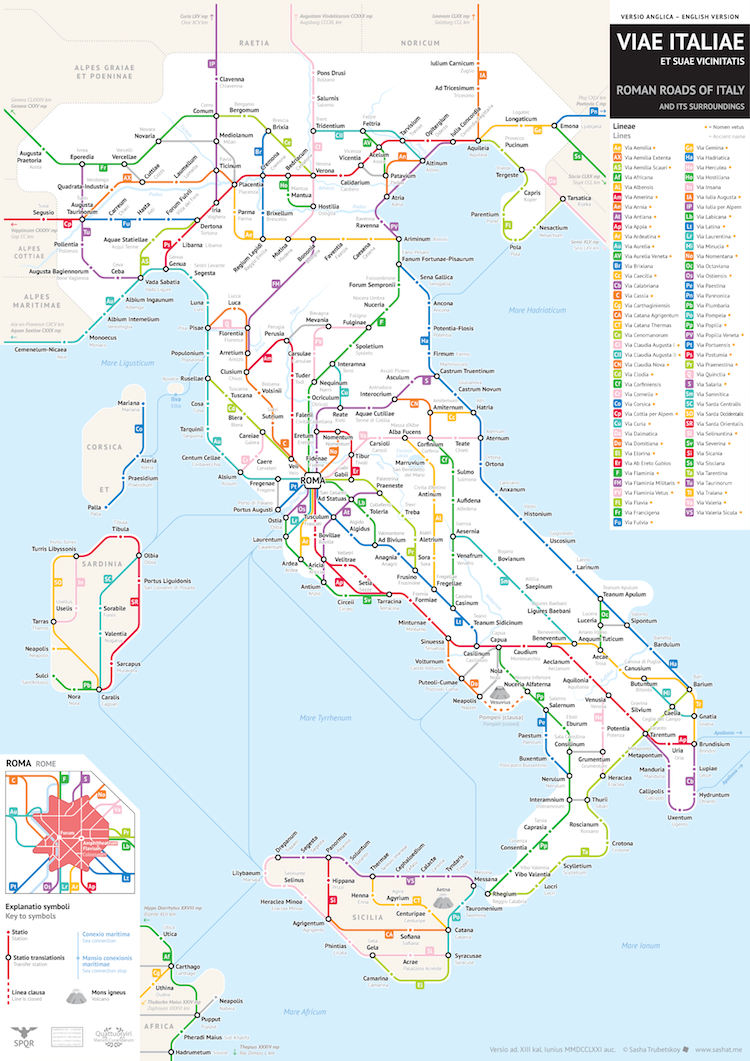 Last year, Sasha Trubetskoy created an incredible map of the Ancient Roman Empire's roads as a subway map, and now he's back with a detailed map that hones in specifically on Italy. With this visualization, it's truly clear that “all roads lead to Rome,” as the subway lines radiate out from the capital.

Trubetskoy includes the modern names for each of the “stations” under the Latin names, and it's incredible to see how many of the ancient names stuck. Florence was formerly Florentia, Genoa just has a vowel change and was Genua, while Naples was Neapolis. The designer points out that the in-depth study of Italy's ancient roads made his job much easier, especially when it came to labeling each one.

With Roman roads such a point of pride, it's no wonder they are highly studied. At the height of the Roman Empire, 29 highways radiated out of Rome, with the Appian Way—the first paved road—stretching an impressive 122 miles from Rome to Brindisi. An incredible amount of labor went into crafting and maintaining the roads, which were vital for the Romans' military success.

To keep things as accurate as possible, Trubetskoy shows Sicily and Sardinia in different colors, and includes portions of Croatia and Slovenia on the map. Why? “This is a map of Italia (Italy) as the Romans saw it, which did not include those islands,” he writes. “On the other hand, it did include parts of what are today Slovenia and Croatia.”

The designer is open to comments and keeps a log of fixes to the map on his website. If you are interested in a printed version, a high-resolution PDF for printing is available for purchase via Trubetskoy's site. 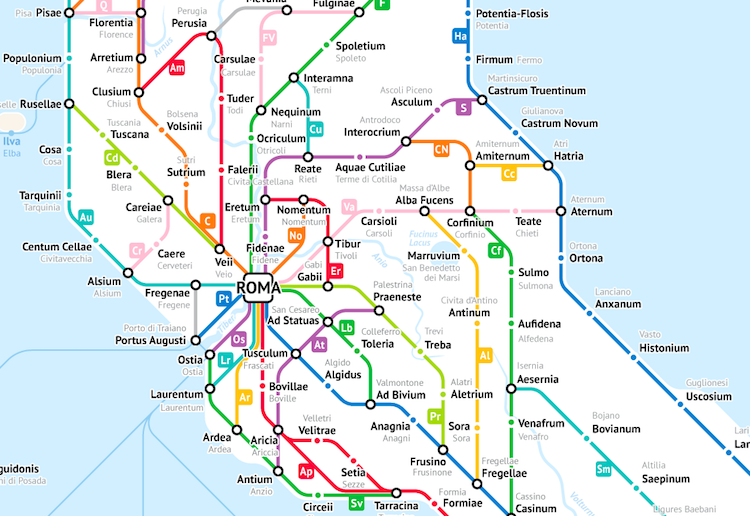 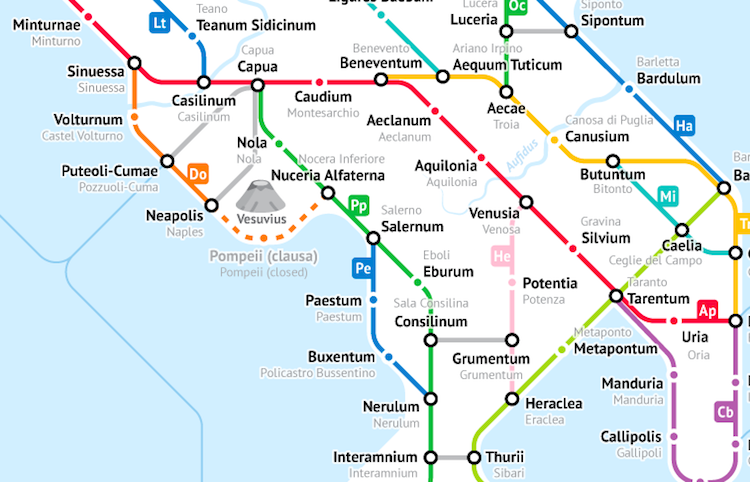 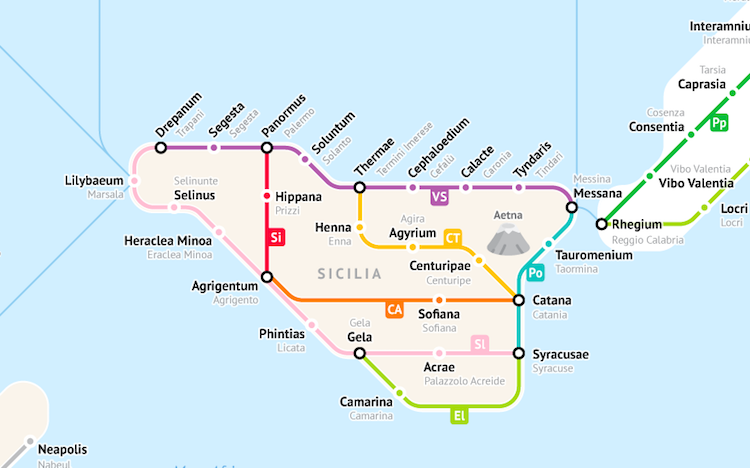 All images via Sasha Trubetskoy.