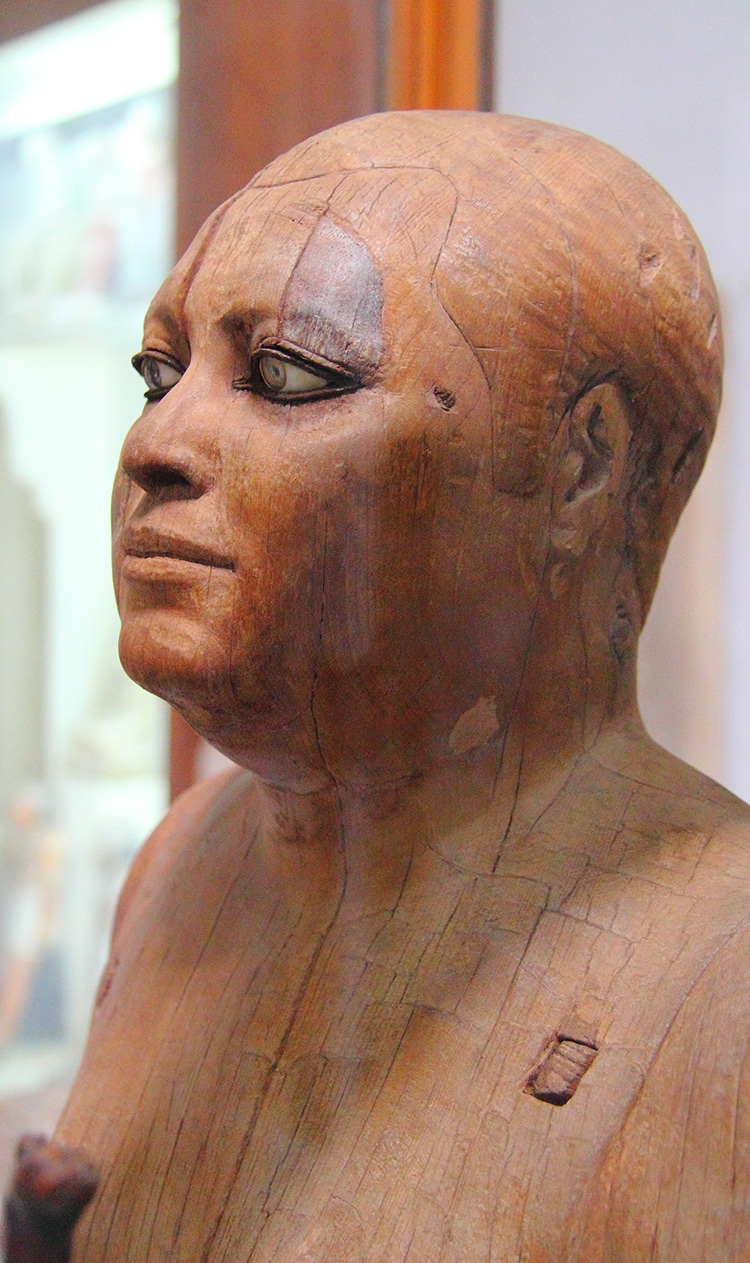 The ancient Egyptians were master artisans and artists. Known for their funerary statuary, ancient craftsmen had a booming business filling the many tombs and temples of the land. For the past several centuries, archeologists have consistently discovered fine works that continue to awe viewers. Among these legendary statues is one of the scribe and priest Ka'aper (also known as Kaaper or Sheikh el-Balad). This wooden statue is an incredibly lifelike piece of art whose craftsmanship is almost impossible to believe. The hyperrealistic and beautifully crafted statue demonstrates the immense skill of the ancient artisans.

The statue of Ka'aper was found in excellent condition in his tomb (called a mastaba) within the Saqqara necropolis. It dates to the 5th dynasty of the Old Kingdom, circa 2500 BCE. The statue is in a striding pose and holds a staff. Ka'aper was a scribe and priest-reader who had an official, but not very high-ranking, role. He is therefore shown not as an idealized figure, but as a realistic looking man.

One of the most arresting features of the sculpture is its rock-crystal and copper eyes, which add stunning realism to the piece. Carved from sycamore wood, it is remarkable that the statue survived so well. One element that appears to have disintegrated is its originally plastered and painted outermost layer. Even so, the statue's level of preservation is quite impressive. And in a funny twist of fate upon its discovery, the figure had a striking resemblance to the mayor of the excavators' town. That is how the statue got one of its names—Sheikh el-Balad, meaning mayor or town leader in Arabic. Alongside this figure in the mastaba was a statue of a woman, also carved in wood. She is thought to be Ka'aper's wife.

Today, the famous statue of Ka'aper is held at The Egyptian Museum in Cairo, Egypt. Many other gorgeous examples of Egyptian art can be found at the world-famous institution.

Ka'aper was a reader-priest and scribe in the Old Kingdom of ancient Egypt.

A statue of him found in his tomb is famous for its realism and rock-crystal eyes. 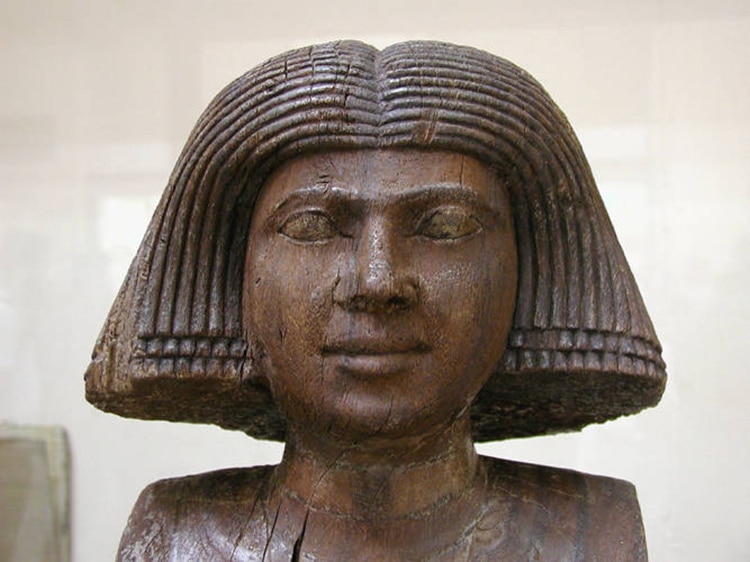 Learn more about this stunning example of Egyptian artisanship.