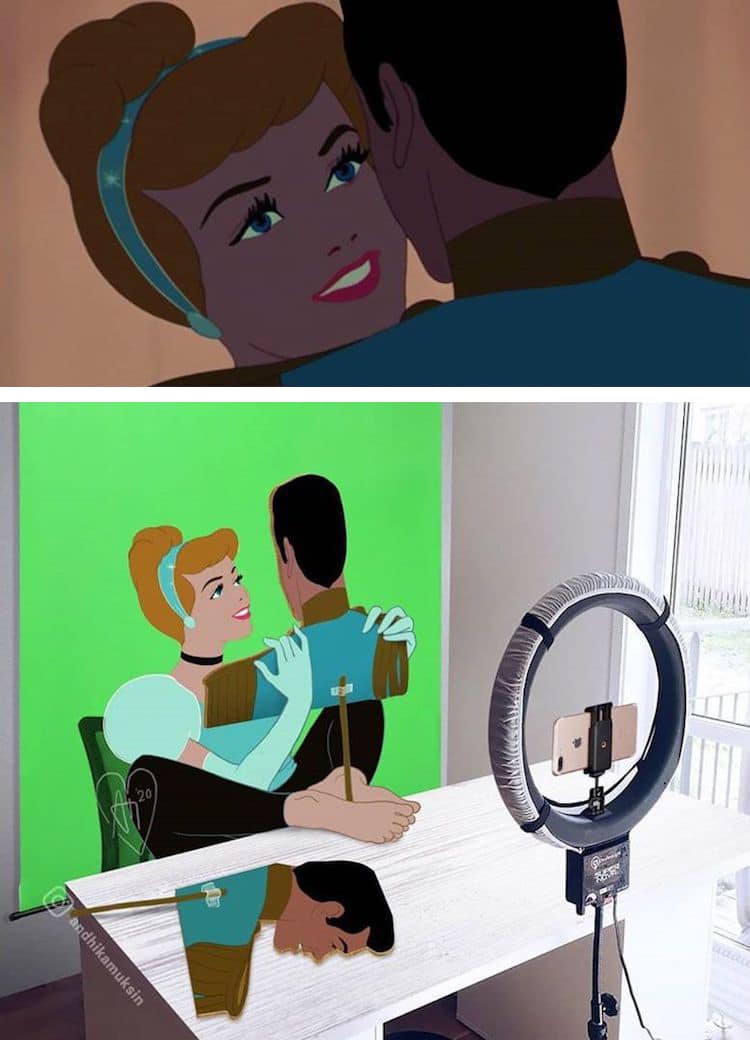 Have you ever watched a movie with amazing special effects and wondered how it was made? Well, artist Andhika Muksin asked the same question for animated Disney films. As a long-time fan of classics like The Little Mermaid and Aladdin, he created a series of behind-the-scenes illustrations that show how these films would have been made if they were live-action.

“I have been an avid Disney fan since I was a kid,” Muksin tells My Modern Met. “In addition to that, I have always been into art and illustrations and I even had a stint as an artist in my late 20s before I settled on an office job. So I think it was around this time when I started to combine my interests into one: art and Disney. It became my personal way to bring that childhood magic into my adulthood, imagining all these characters dealing with real-life situations in a fun, comedic way.”

Muksin takes apart the most iconic scenes from the animated Disney films and draws them with relatable humor. For instance, instead of a real Prince Charming, Cinderella hugs a cardboard cutout. And the all powerful Genie from Aladdin turns out to be a human wearing blue makeup and yawning in front of a green screen. Even the lovely Princess Ariel is “revealed” to not be a mermaid, but actually a human girl hiding her feet from the camera.

Scroll down to see more ingenious Disney fan art by Muksin, and follow the artist on Instagram and TikTok to keep up to date with his latest creations. 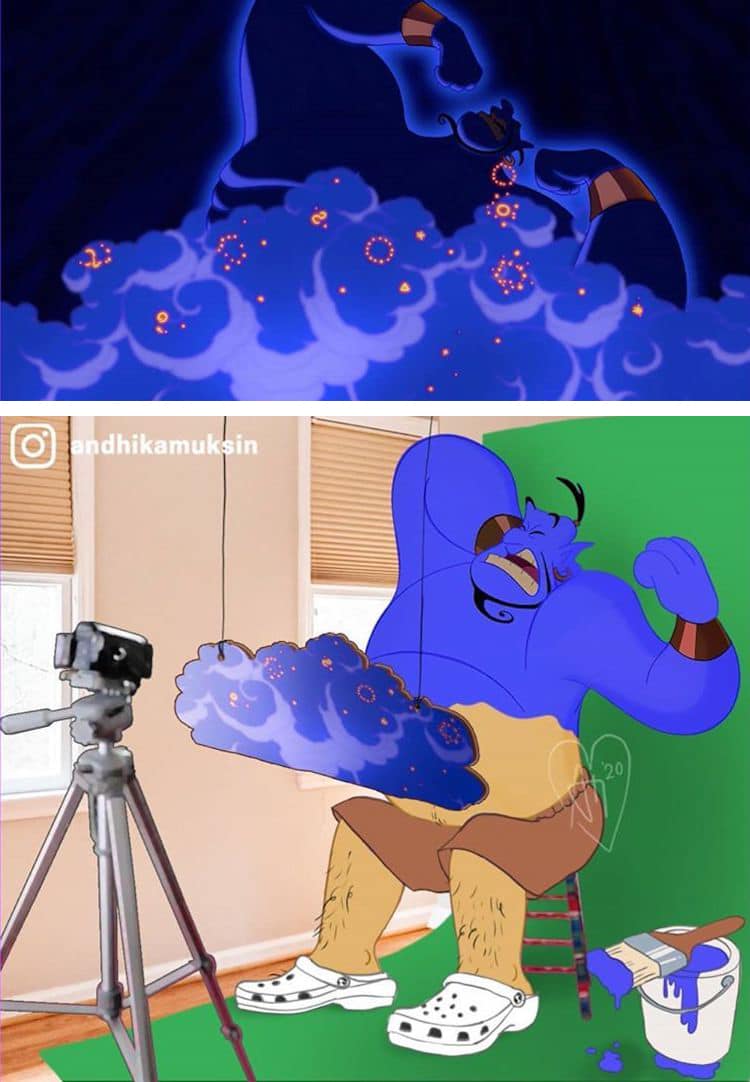 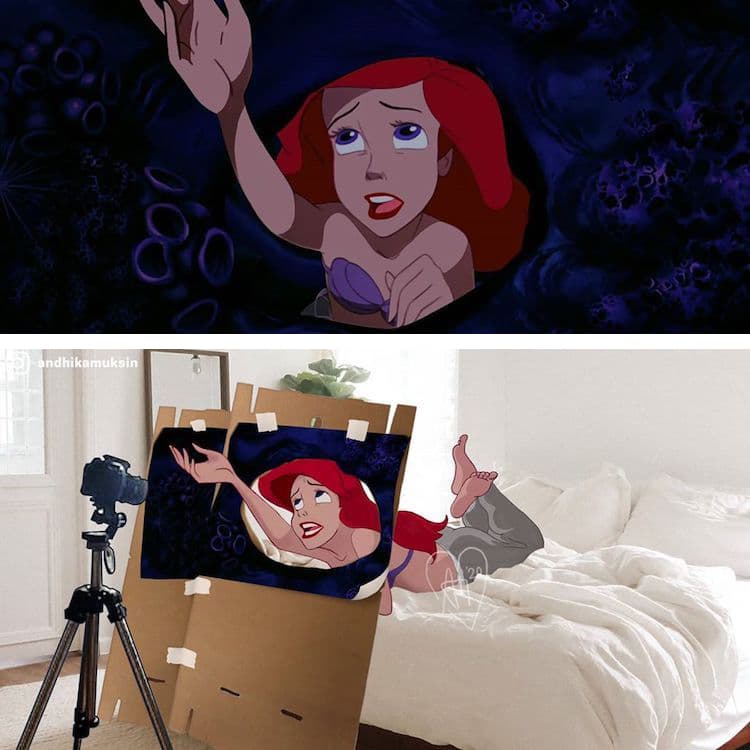 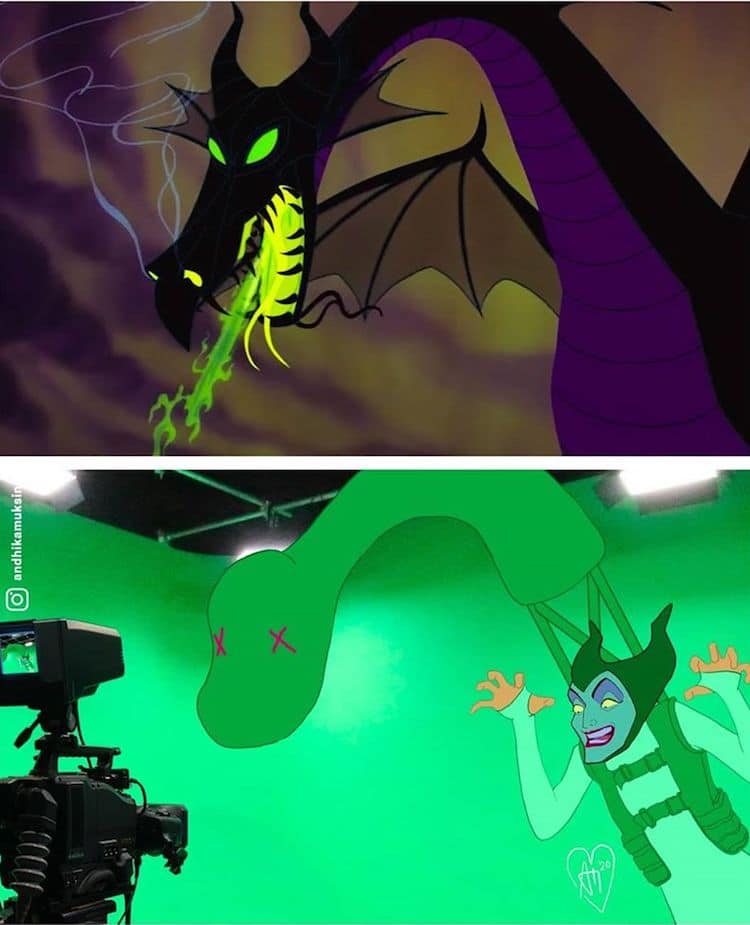 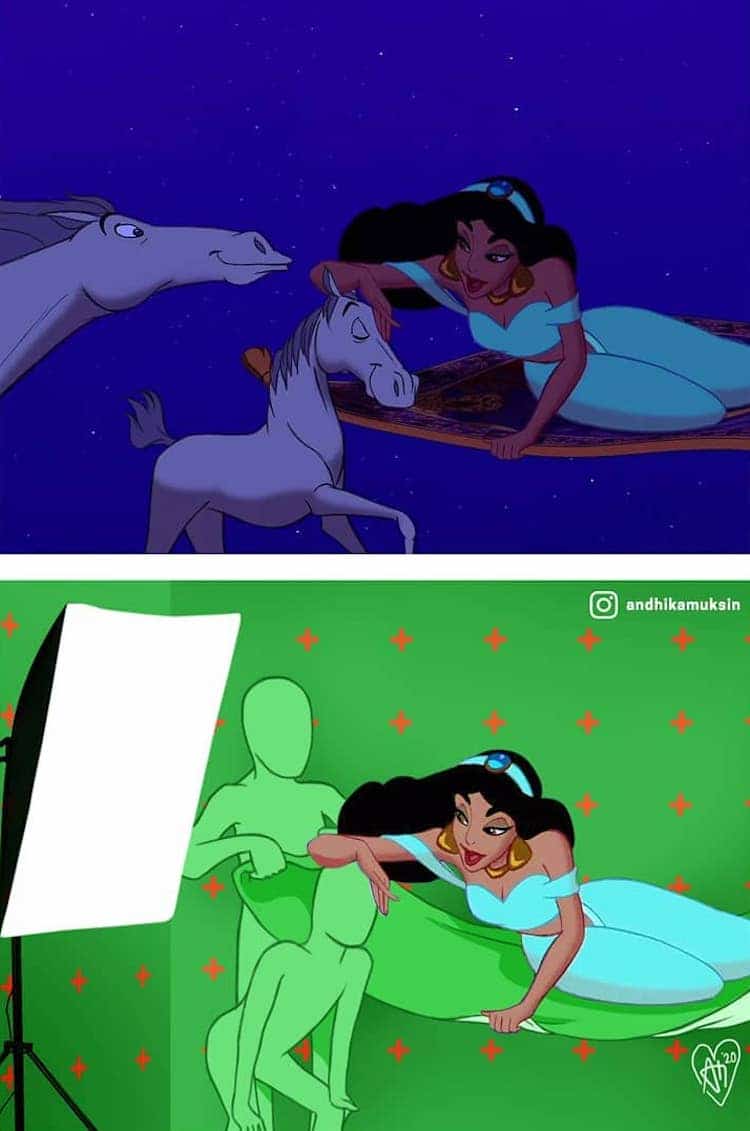 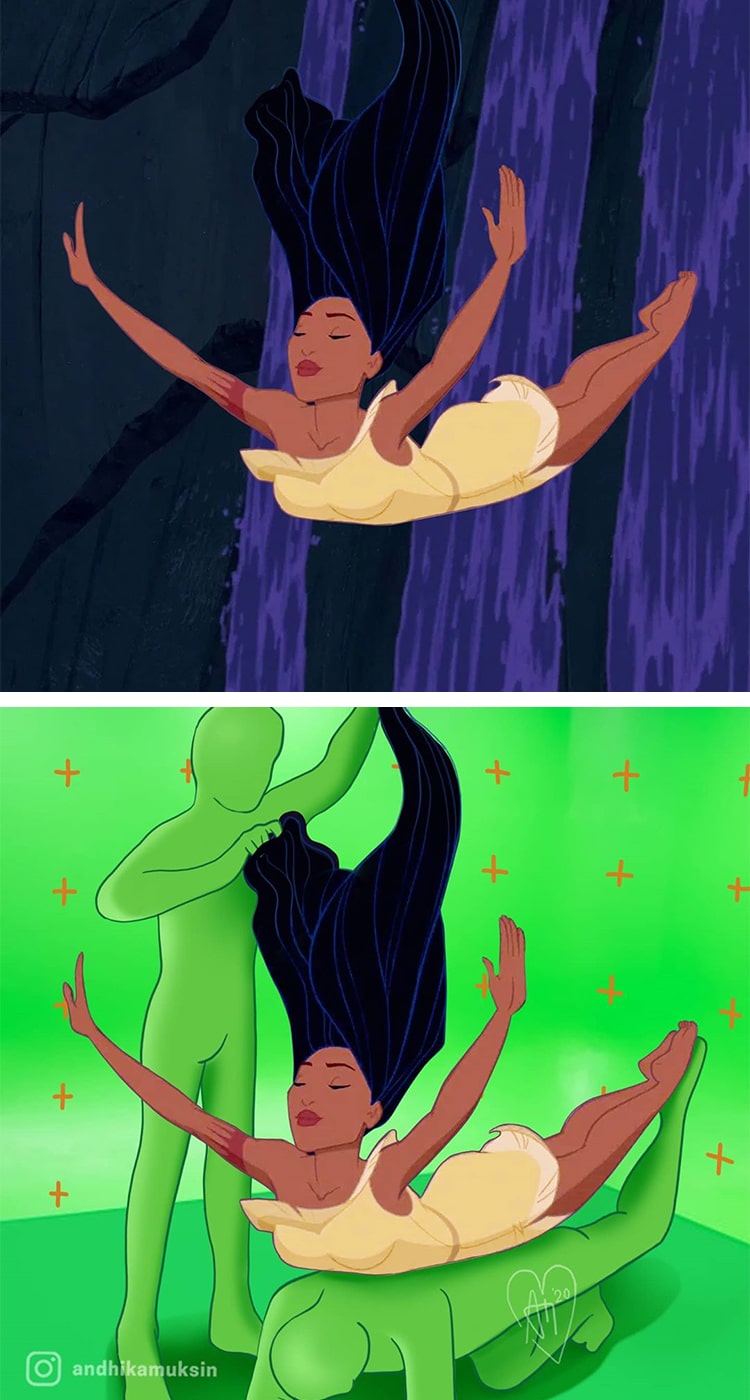 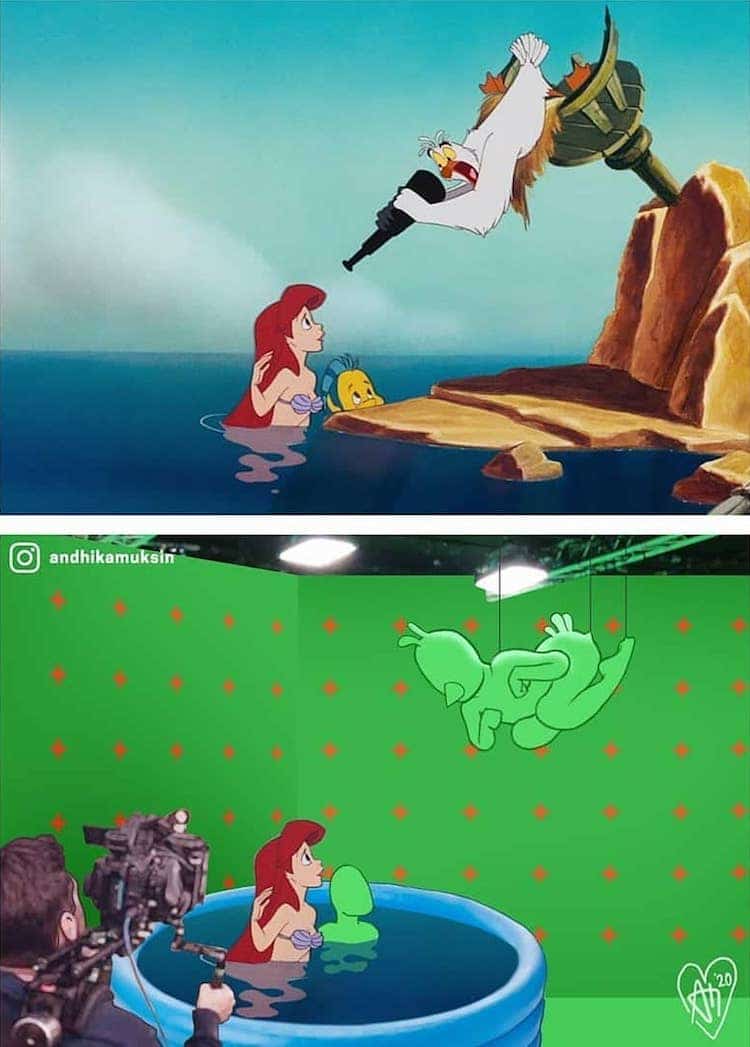 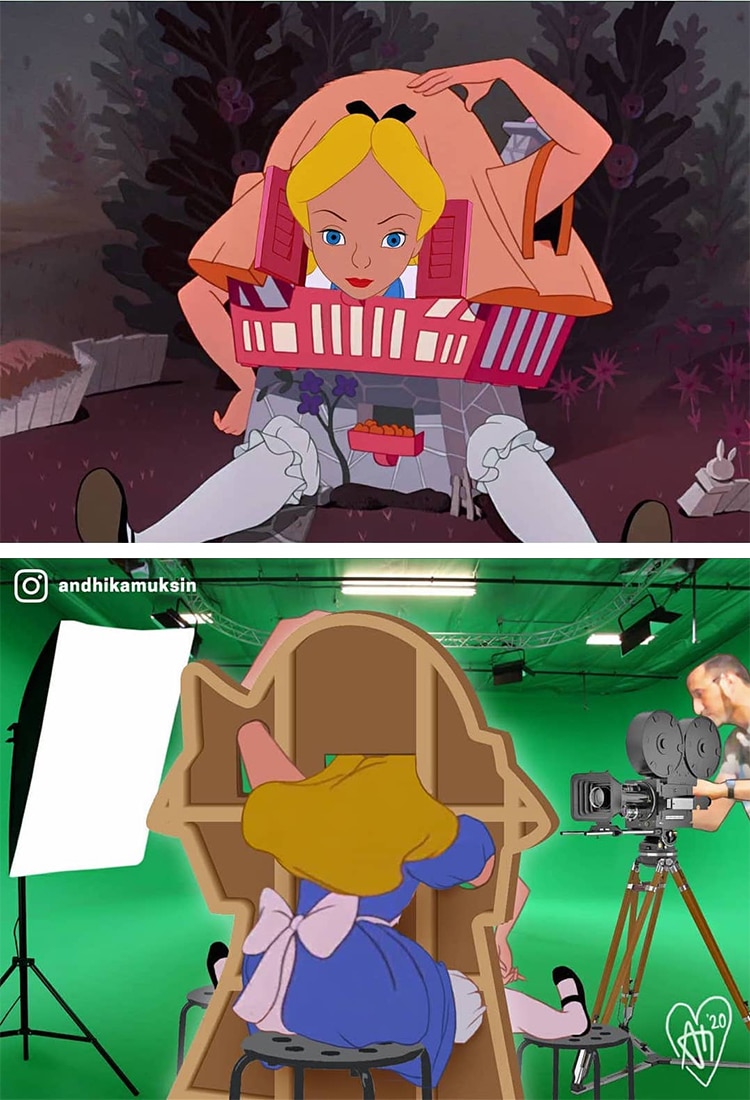