Striking Photographs of the Ancient Tradition of Honey Hunting in Nepal 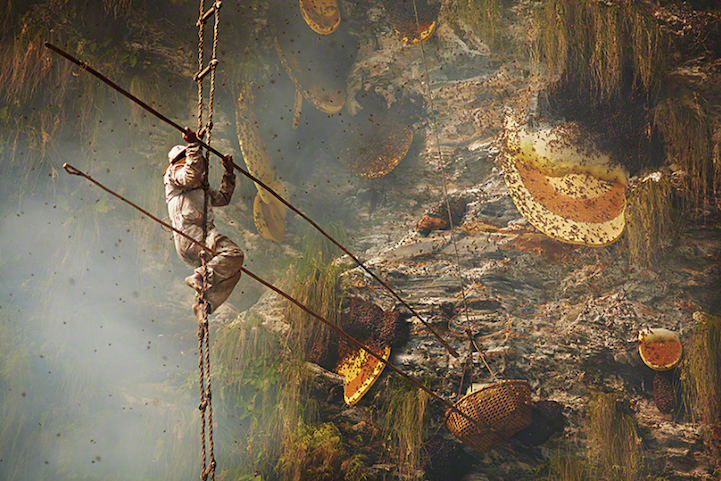 Documentary travel photographer Andrew Newey recently went on an expedition to central Nepal, where he spent two weeks living with the Gurung tribespeople in order to document the ancient art of honey hunting. In these photos, Newey captures the risks and skills involved with this tradition, which few outsiders have seen either in person or in images. Perched precariously on rope ladders, honey hunters risk their lives to gather the honey, using only long sticks known as tangos to knock the honeycomb off the Himalayan cliffside and into baskets, which are then lowered to the ground.

Shot with clarity and thoughtfulness, these striking photographs not only provide a glimpse of the Gurung honey hunters' unique lifestyle, but also serve to chronicle the death of this old tradition. Honey hunting is threatened by several things: the decreasing number of honeybees due to climate change; the dwindling number of honey hunters, as more and more young people in the tribe are reluctant to learn the craft; the growing medicinal reputation of Himalayan honey, which has resulted in the government opening honey-harvesting rights to contractors instead of indigenous tribespeople so that honey can be exported and sold to people in other nations; and the increasing commercialization and offering of “honey hunt tours” to tourists, which leads to the depletion of resources for traditional honey hunters. 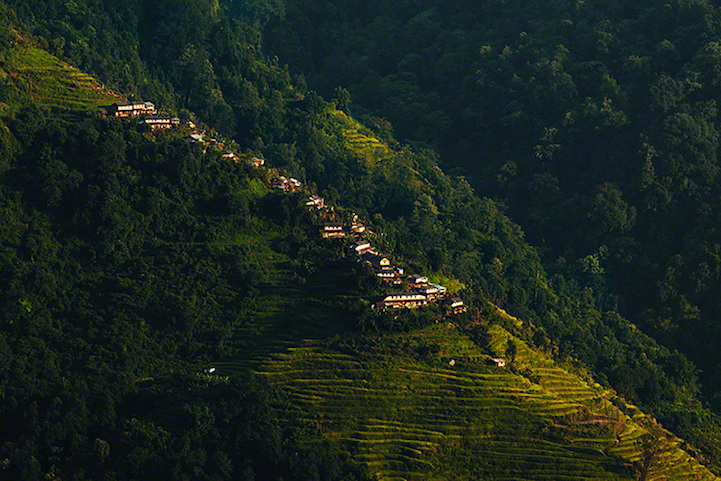 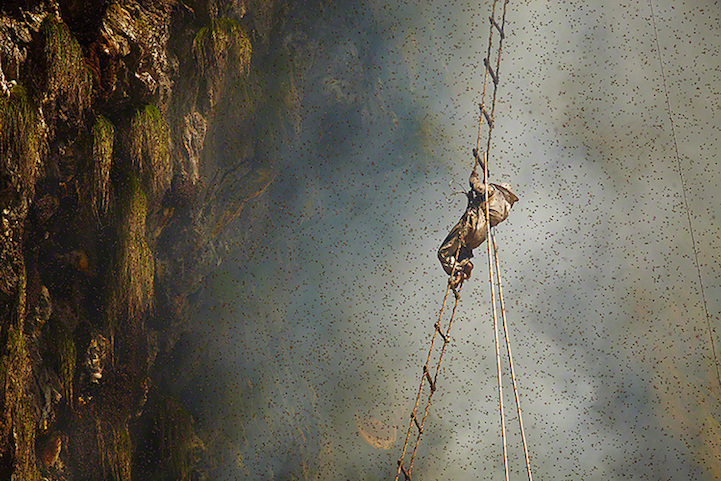 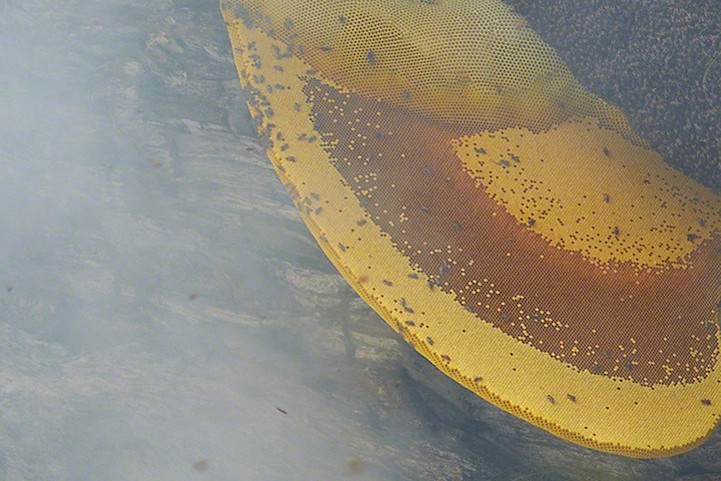 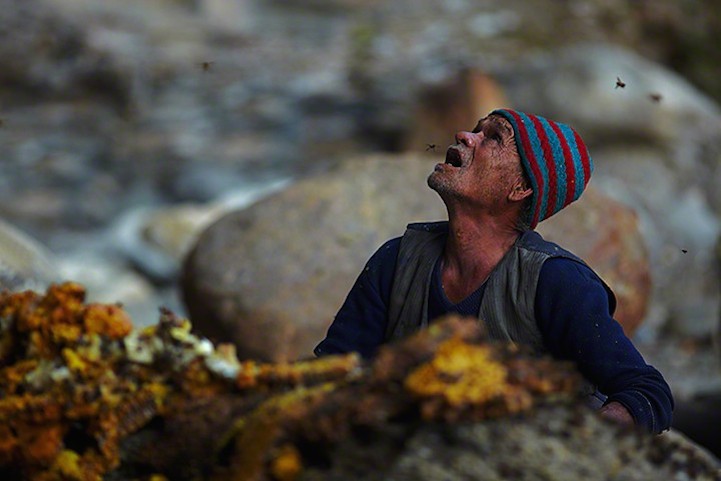 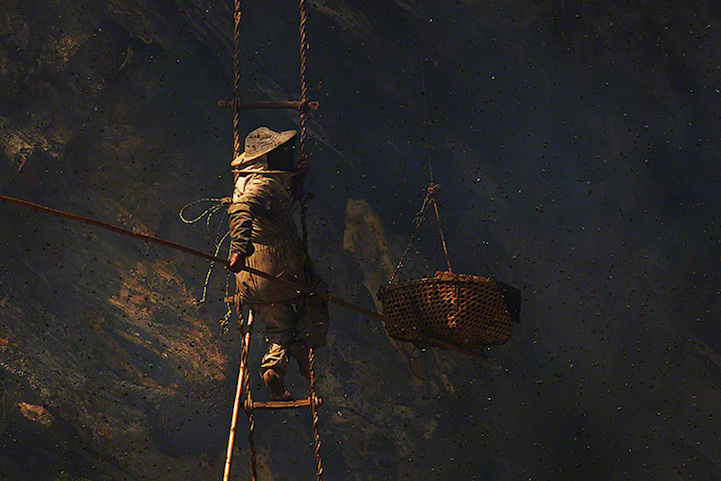 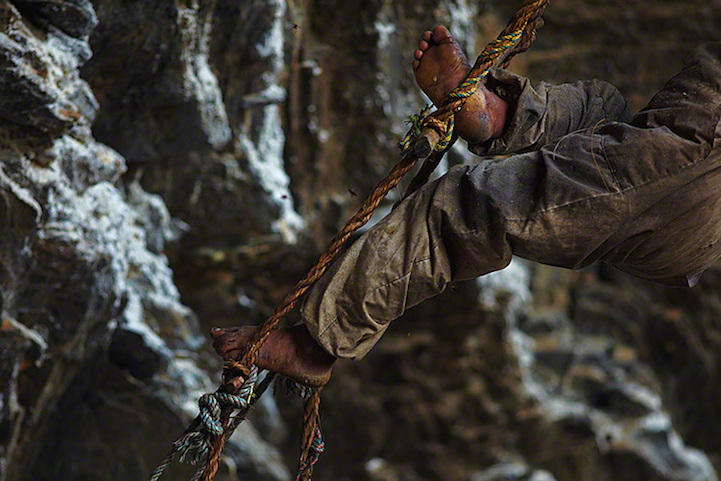 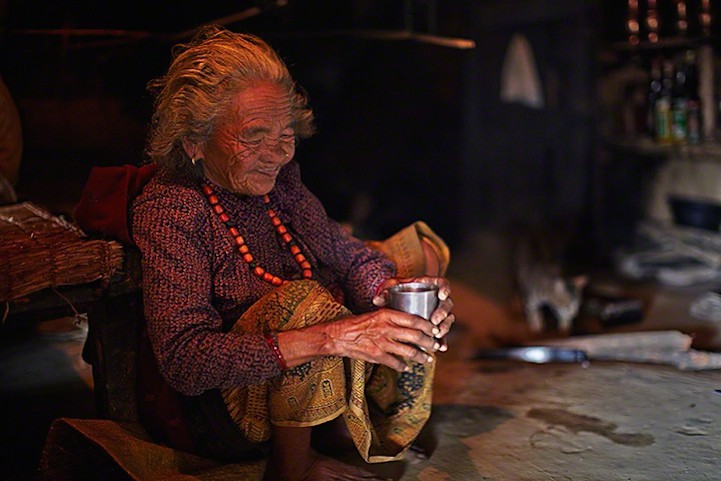 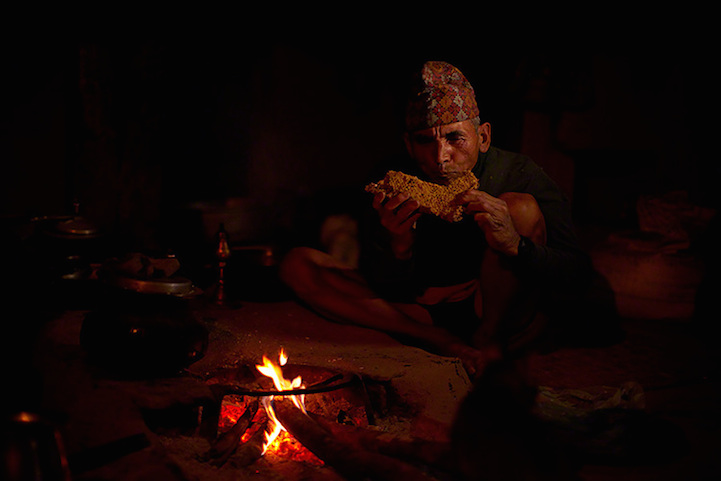 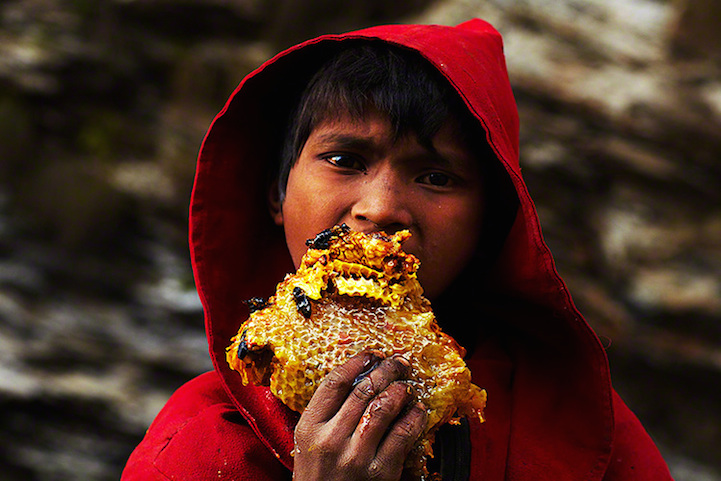