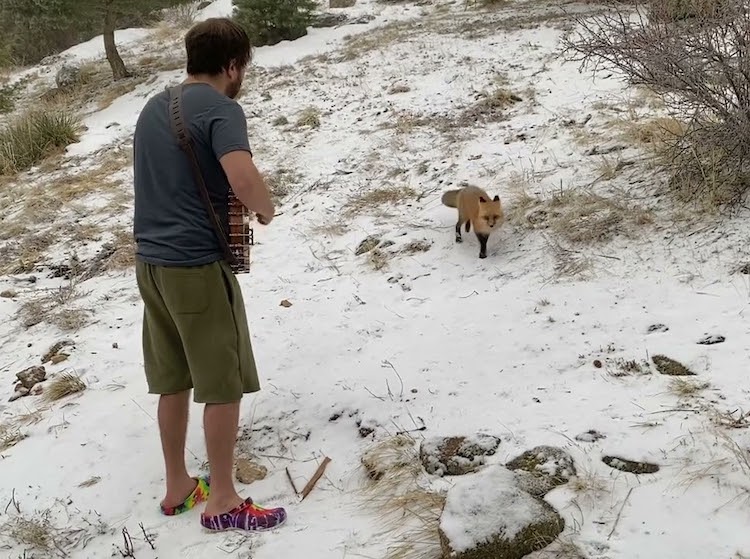 After one of his videos went viral last year, Andy Thorn—a talented musician from Colorado—became widely known as the guy who plays banjo for a fox. Since he first shared the video of himself serenading a curious wild fox in his backyard on November 1, 2021, the clip has received close to 4 million views on YouTube. People have remained mesmerized by the unusual encounter, and Thorn has even shared numerous other clips of the red fox returning for an encore.

A longtime member of the jam band Leftover Salmon, Thorn frequently tests out his new material on his furry animal friend. In fact, the special musical bond that he and the wild fox have formed has even inspired some of his own original music, including a full-length album written by Thorn and his wife called Fox Songs and Other Tales from the Pandemic. And recently, the red fox—dubbed by Thorn as Foxy—has come back around again for more easy listening.

One video that the musician shared in late March shows the red fox stopping by during a cold snap and tracking paw prints across the snow-dusted ground as he listens intently to Thorn’s melodic picking. Another clip of Foxy’s most recent visit shows the furry creature being serenaded by two banjos as Thorn is joined in his concert by fellow musician Billy Failing—also known as Billy Strings. In the video, the wild red fox made sure to maintain a safe distance from the unfamiliar newcomer but continued to enjoy the private performance from his nearby perch on a rock.

Scroll down to see clips of Thorn’s private banjo concerts for his friend Foxy. You can also find the artist on Instagram or YouTube to keep up with the wild fox’s latest visits.

Colorado musician Andy Thorn went viral last year over a video of him playing banjo to a fox.

The furry wild fox has since returned for several encores.

During the animal's latest visit, the red fox was actually serenaded by two banjos at once.

All images via Andy Thorn. 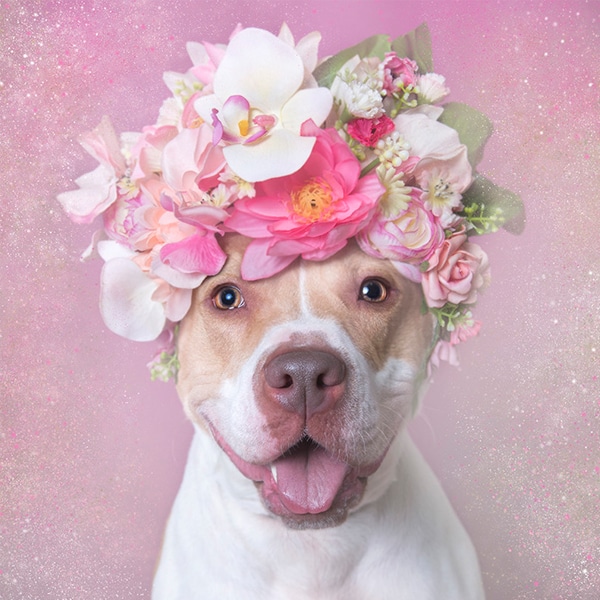 12 Photographers Who Have Elevated Pet Photography Into an Art Form