Artist Swirls a Swarm of 10,000 Ceramic Insects Across Gallery Walls 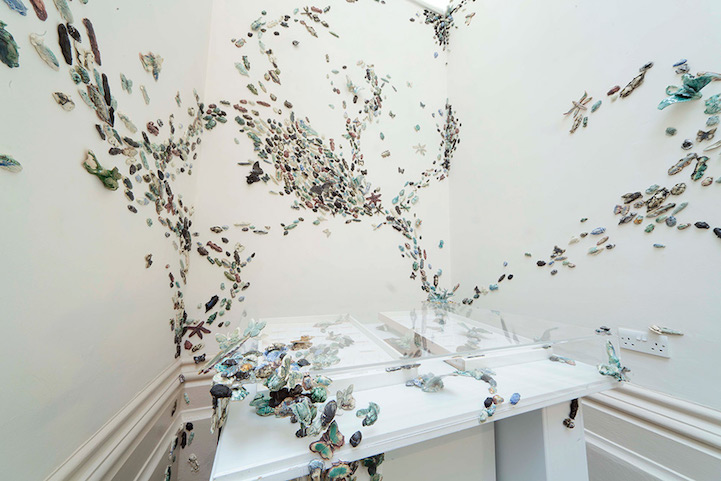 Several years ago, Anna Collette Hunt “stirred the swarm,” summoning 10,000 insects into the towers of Wollaton Hall, which is home to the Natural History Collection in Nottingham, England. These weren't real bugs, but were handmade ceramics created by Hunt. The impressive collection of gold and jewel-toned creatures swirled across the walls and down the stairs of the Hall. Each insect was unique and had subtle variations–some were missing wings or limbs.

Hunt's exhibition, titled Stirring the Swarm, enchanted viewers and incited curiosity from those who walked past. It came about because of Hunt's own interest in the Natural History Collection. “After reoccurring visits to Wollaton Hall, she [Hunt] was repeatedly drawn to Entomology, particularly to the fragility of the aging beetles within the collection and by the possible stories that could be crafted from them,” the artist writes on her website. As a result, the arrangement was a fictional narrative that was told as people walked past.

Since the debut of Stirring the Swarm (or as Hunt describes it, “first infestation”), the work has traveled around the country and throughout the world. It also caught the attention of Anthropologie, who asked Hunt to design homeware collections inspired by the show. Since that time, she's also launched an exclusive collection of beetles for her own online shop. 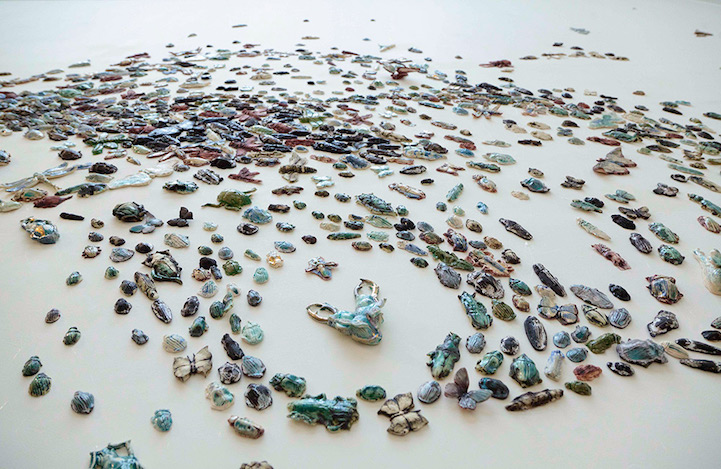 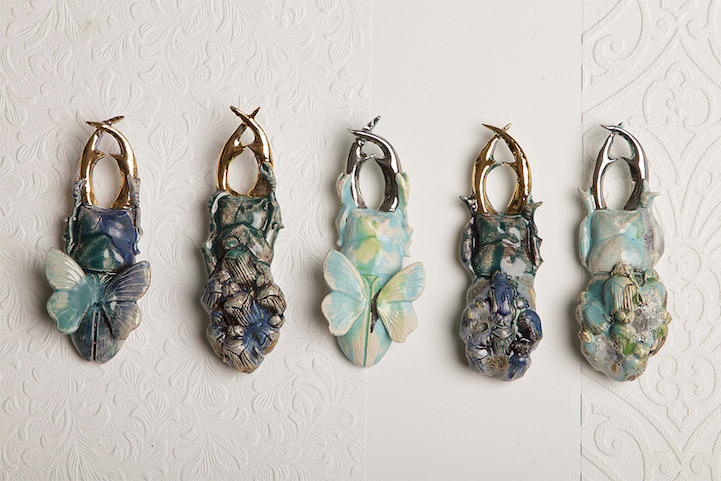 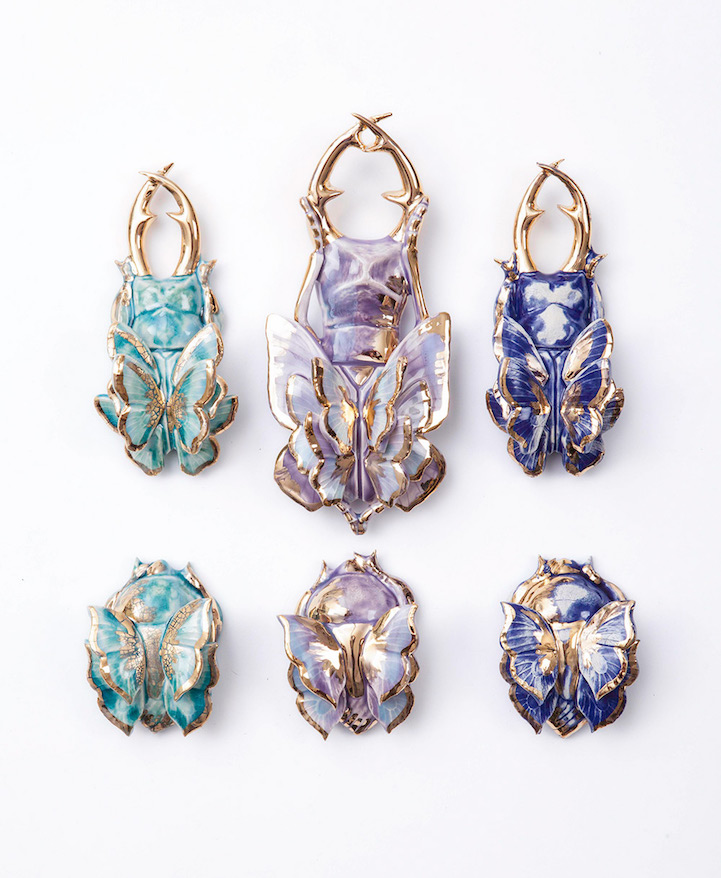 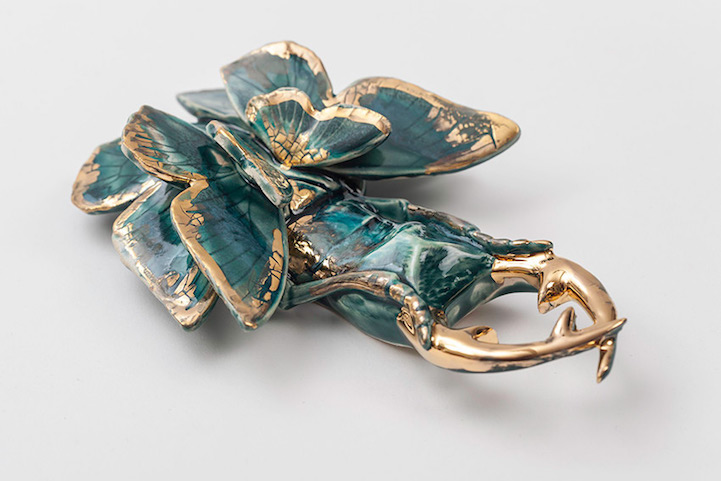 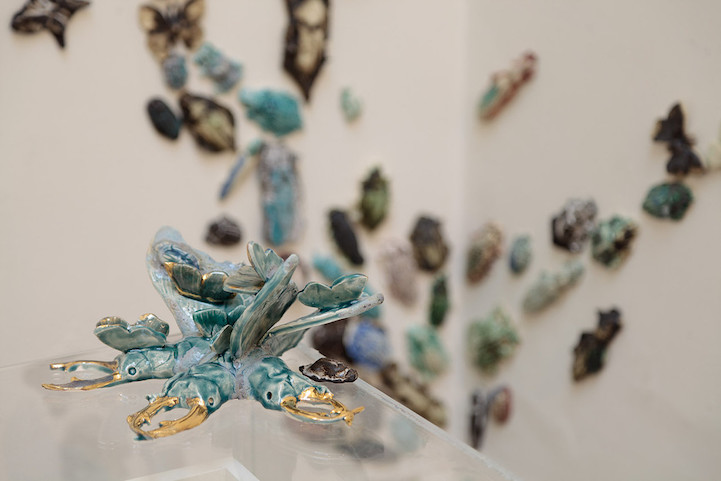 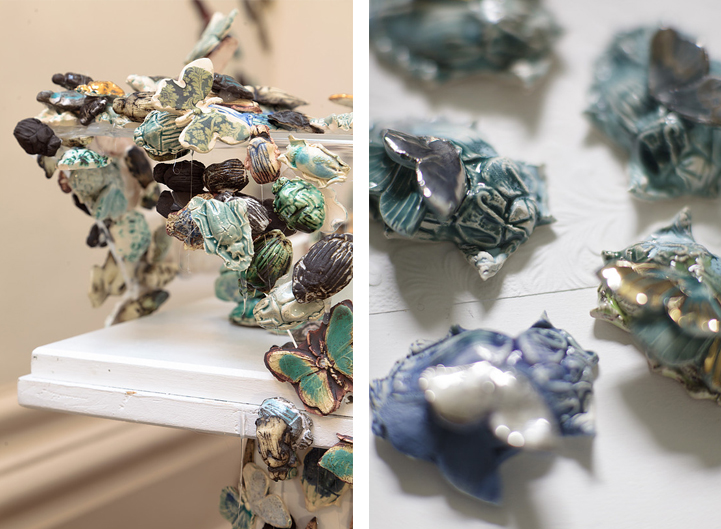 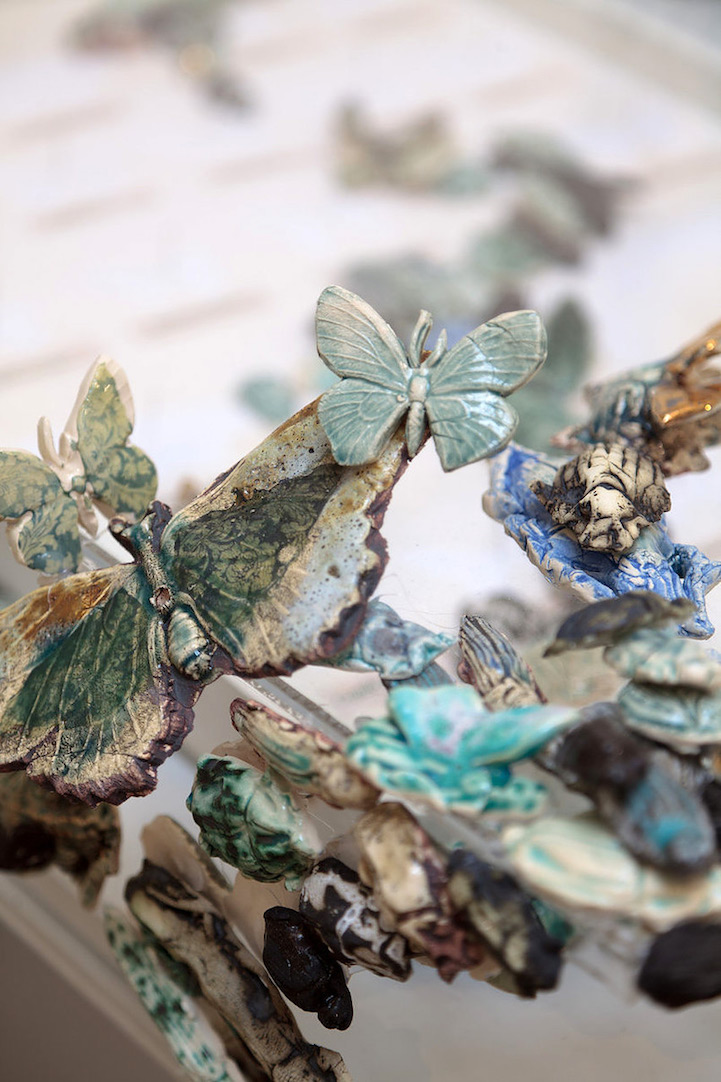 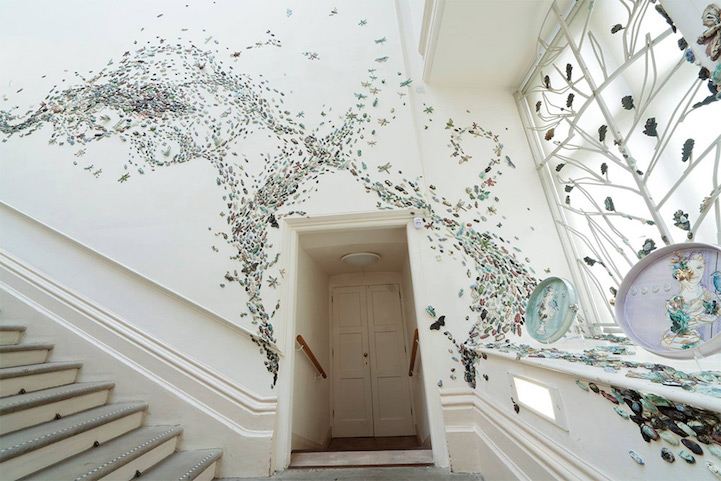 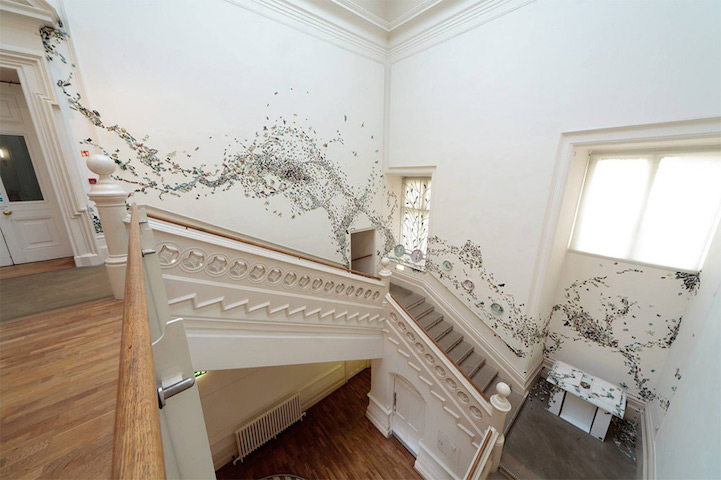