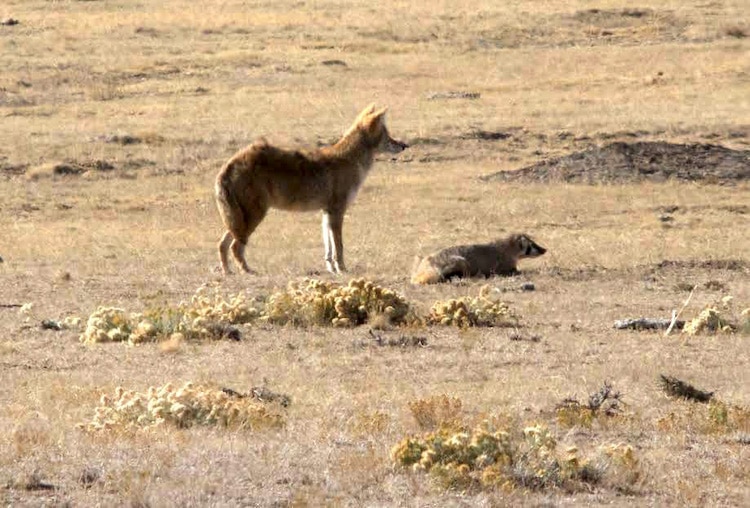 When it comes to dynamic duos, perhaps one of the most unusual pairings we've heard of is the coyote and badger. Every once in a while, videos of these animals hunting together make the rounds online, causing people to wonder just how this odd couple works. The answer is mutualism. Defined as a beneficial relationship between two different species that helps both survive, it's the phenomenon that brings these animals together.

Specifically, coyotes and badgers are often found hunting together during the summer. Each animal helps balance the other and together they form a well-rounded hunter that can more easily take down prey. Quick coyotes can chase down fleeing animals, while badgers can go after prey that burrow underground. It's been shown that by working in tandem, both species are more successful hunters than if they went it alone.

Of course, this doesn't mean that they always work together. For instance, during the winter, badgers can find prey more easily. They simply burrow into the dens of hibernating animals and have their feast, meaning that they don't need to rely on coyotes during that time of year. And even throughout the summer, it's not unusual to see a coyote or a badger hunting alone. The relationship isn't exclusive and both species are known to hunt without the other around.

Still, seeing these different species together, particularly when both are known for their fierce hunting abilities, is an intriguing sight.

Coyotes and badgers are often seen hunting together in a show of beneficial mutualism. 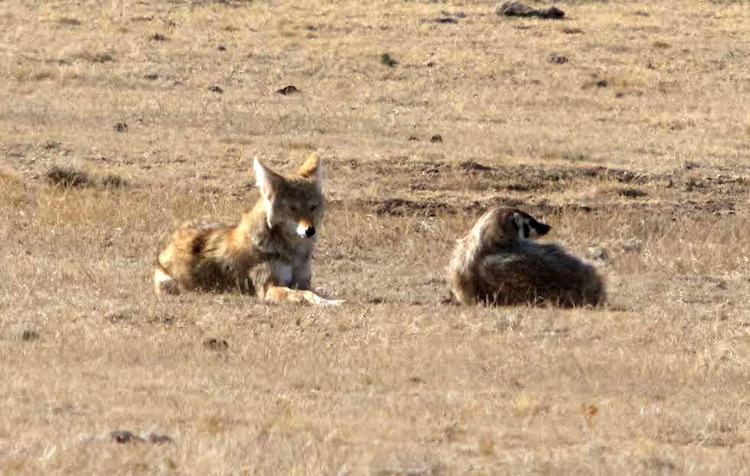 Coyotes can run down prey, while badgers can follow animals underground. 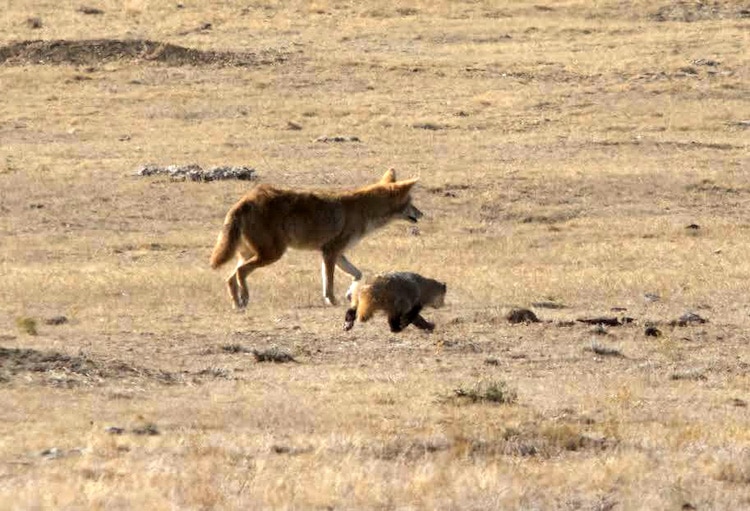 A wildlife camera recently caught this unique friendship in the Bay Area.

This odd couple is often seen hunting together in national parks across the United States.

Like this odd couple? Share
Like My Modern Met on Facebook
Get Our Weekly Newsletter
Become a
My Modern Met Member
As a member, you'll join us in our effort to support the arts.
Become a Member
Explore member benefits