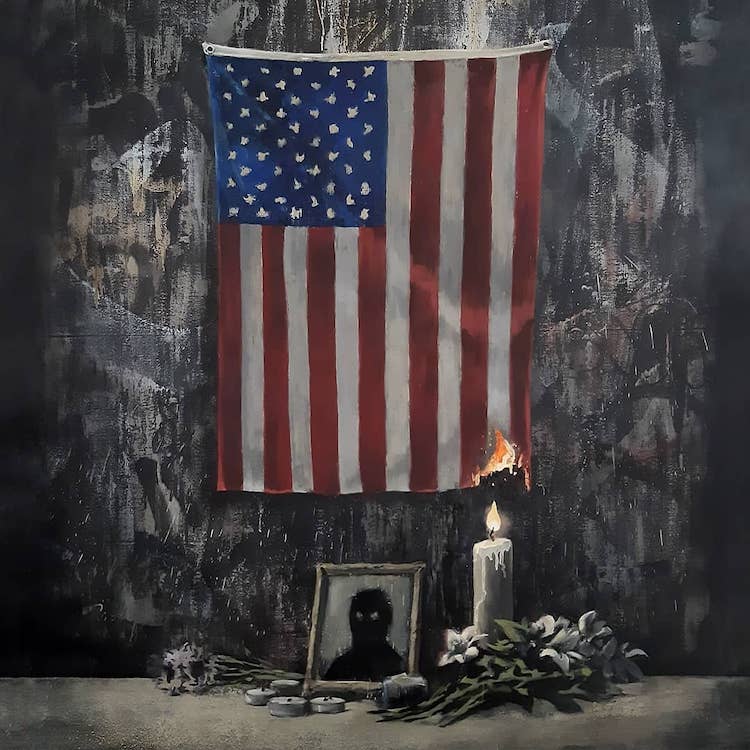 The latest artist to lend a voice to the Black Lives Matter movement is British street artist Banksy. By posting a powerful painting to his 9.3 million followers, he's continuing his history of politically charged art. This latest painting shows a vigil candle igniting an American flag as a compelling symbol for the activism that is gripping the United States.

Along with two images of the painting, Banksy posted an equally important message about why he feels it's vital to lend his voice to the cause. “At first I thought I should just shut up and listen to black people about this issue,” he writes. “But why would I do that? It's not their problem. It's mine.

“People of color are being failed by the system. The white system. Like a broken pipe flooding the apartment of the people living downstairs. This faulty system is making their life a misery, but it's not their job to fix it. They can't—no one will let them in the apartment upstairs.

“It's a white problem,” he concludes. “And if white people don't fix it, someone will have to come upstairs and kick the door in.” 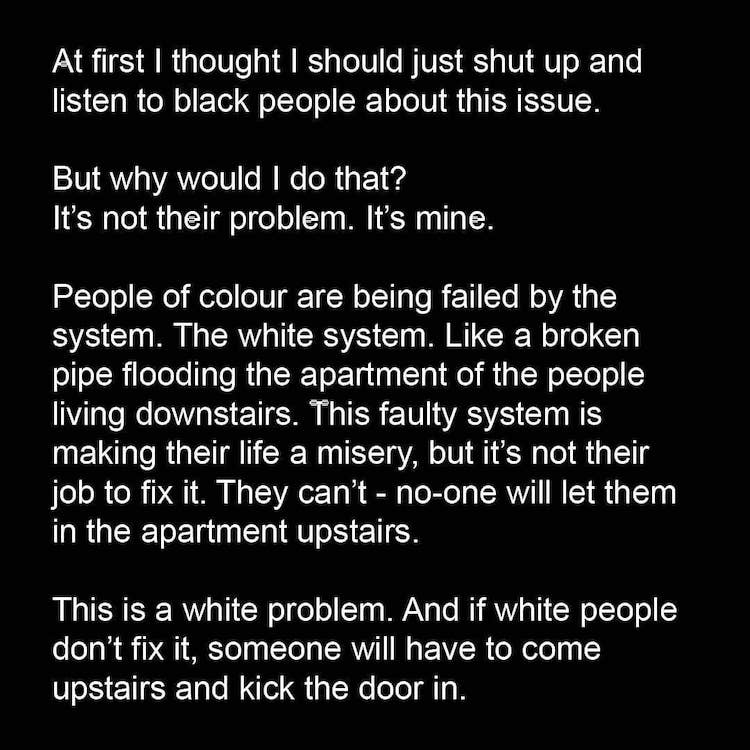 Banksy's sentiments are being mirrored around the globe, as protests kicked off by the homicide of 46-year-old George Floyd on May 26 have continued for multiple weeks. Floyd was stopped on suspicion of using a counterfeit $20 bill at a grocery store in Minneapolis, Minnesota when officer Derek Chauvin put a knee to his neck for nearly 9 minutes. Floyd was pronounced dead at the scene by paramedics. 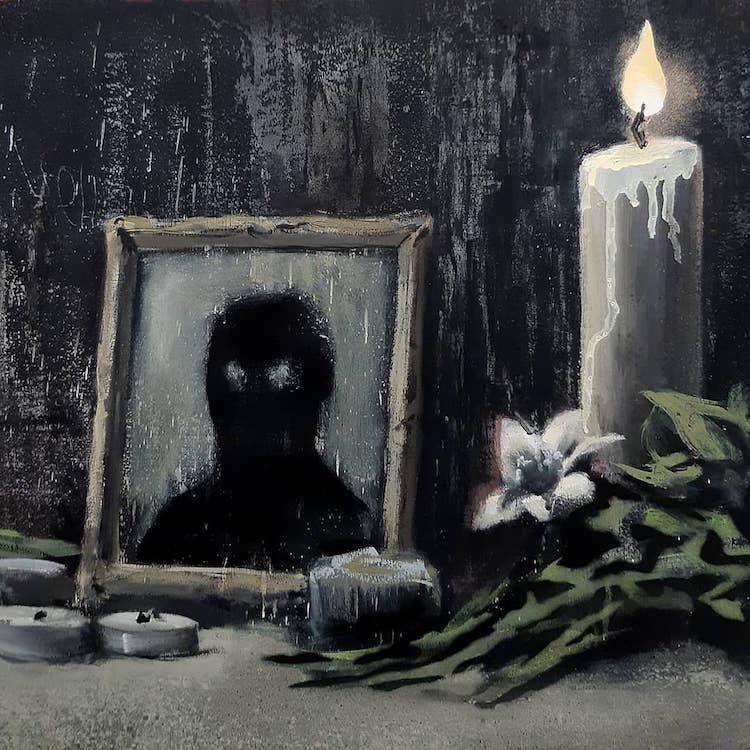 Floyd's murder has become a symbol of the wider issue of police violence against people of color and systematic racism in society. In light of the protests, some states have begun to announce plans for police reform and members of the Minneapolis City Council voted to defund and dismantle the police force. Nationally, Democrats in the House and Senate will be unveiling the Justice in Policing Act of 2020. As the most comprehensive overhaul of the police system in modern history, it should include a ban on chokeholds, limits on no-knock warrants, and create a national registry for police misconduct.

Through words, actions, and art people around the world are making their voices heard and helping push forward concrete action to erase racism.

All images via Banksy.