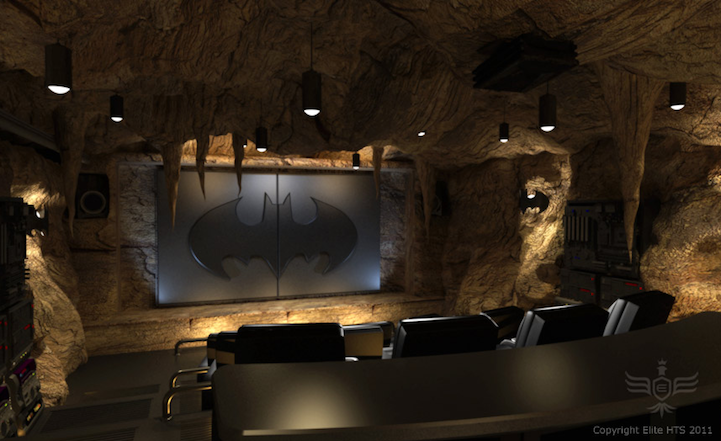 In honor of the recently released movie, or possibly in honor of all of the Batman movies as a whole, a private home owner in California is having Elite Home Theater Seating of Surrey, British Columbia design this Batman-themed home theater for the owner's personal movie enjoyment. The company will collaborate with builders to construct the $2 million room, which they say was based on fusing together “the cozy elements of Wayne Manor with the Art Deco style of Gotham City.” These images are a computer rendition of the space, to be completed this November 2012, which will span 12,000 square feet!

The company is known for building a comfortable and ergonomically correct seating experience because they say they want viewers to escape “into the fantasy world that they are watching on the screen.” The Dark Knight Theater design will allow for a full Batcave experience, featuring the Batmobile in a secret room hidden behind a giant bookcase, a 30-foot mock tunnel exit, a 180-inch movie screen, theater equipment with the Bat symbol, a fireplace, a lifesize Batsuit, and 15 of the company's popular and comfortable reclining chairs which were designed to mimic the seats in the Batmobile. Once the space is completed, the California home owner will be able to kick back, relax, and escape into a world of creative and cinematic imagination. 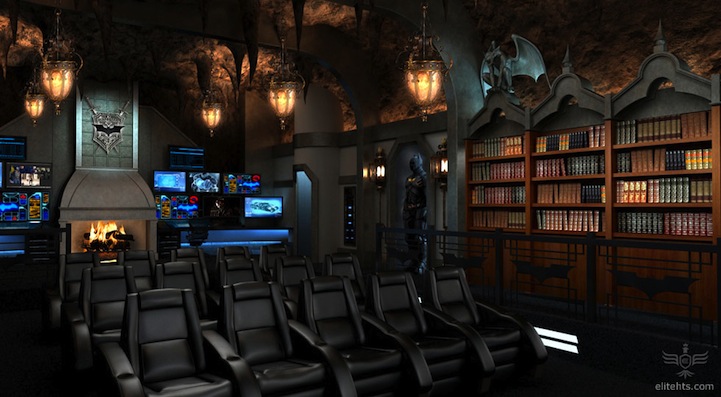 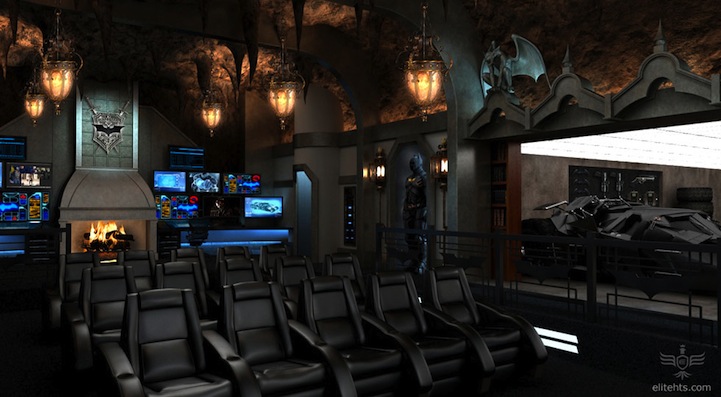 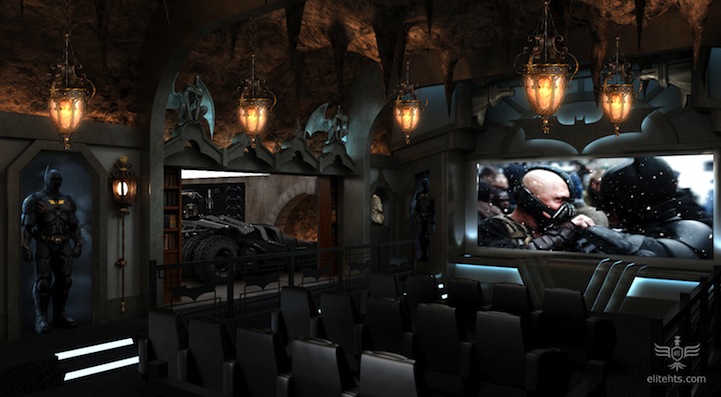 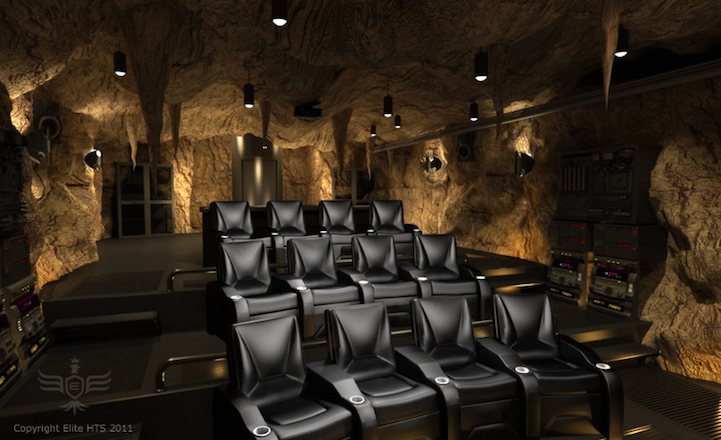