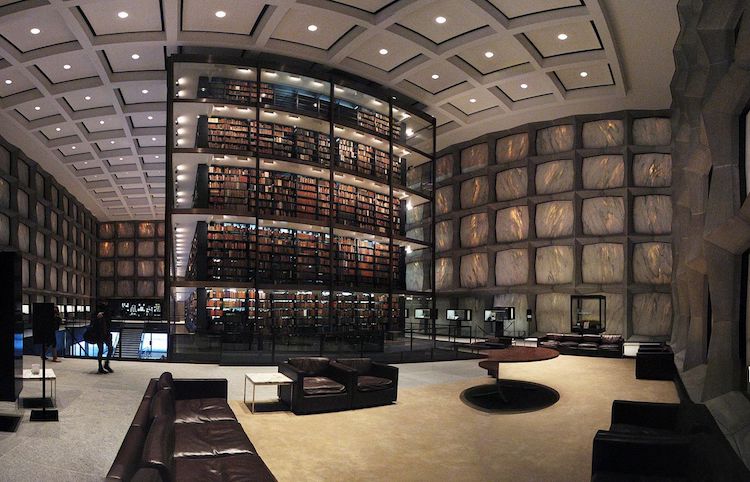 One of the largest buildings in America dedicated to rare books and manuscripts, the Beinecke Rare Book & Manuscript Library is a jewel box filled with history. Located on Yale University's campus in New Haven, Connecticut, the Beinecke can hold 180,000 volumes in its central tower and more than one million volumes in its underground book stacks.

With holdings like the Gutenberg Bible, the first major book printed using movable type, the collection is a major center of research for Yale University students and faculty, as well as scholars from around the world. The collection has a long and storied history dating back to the late 19th century. At that time, Yale's rare books were housed at what is now Dwight Hall.

When the Sterling Memorial Library was constructed in the early 20th century, an entire room was dedicated to the rare books and manuscripts. But by the time construction was complete in 1930, the university's collection had outgrown the space. This was partially due to the work of Chauncey Brewster Tinker. The Yale English professor was determined to make the university's collection as grand as the building it was housed in, and so he petitioned alumni to donate materials to build up the collection.

It was during this period that important works like the Gutenberg Bible found their way to Yale. Given that the room at the Sterling Memorial Library was too small and had inadequate conditions for the preservation of these precious materials, a decision was made in 1958 to give the volumes a home of their own. And so, with money given by the Beinecke family, the Rare Book & Manuscript Library was created. 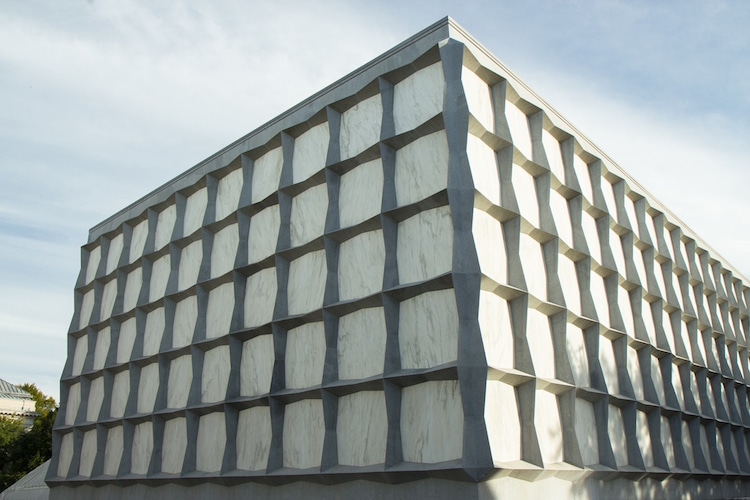 The building itself, which opened in 1963, has provided inspiration to other important institutions. The British Library, for instance, modeled the glass case that houses its most precious volumes after the glass stack tower filled with books that is located on the Beinecke's public mezzanine. This case is filled with fire suppressant gas to ensure that the precious works will remain secure even in case of a fire. Another hazard the Beinecke is prepared for is bug infestation.

In 1977, the library had an infestation of death watch beetles. This wood-boring beetle can be highly destructive and the library pioneered a non-toxic way to ensure the safety of materials by freezing each volume at -33°F (-36°C) for three days. This method is now widely accepted as the best way for all special collections around the world to remain pest-free and the Beinecke freezes all new acquisitions.

Aside from the central stacks and reading rooms, there are also public displays for rotating exhibitions in addition to the permanent exhibition of the Guttenberg Bible. The exterior architecture is also quite unique, thanks to its windowless facade. Clad in marble quarried in Vermont, the entire building appears to glow on sunny days. As each marble panel is just a little over 1 inch thick, when sunlight hits it correctly, the translucent layers seem to glow from within.

The Beinecke isn't only home to ancient manuscripts and early printed books. It also contains photographic archives, drawings, and correspondence from some of the greatest visual artists and authors in history. Ezra Pound, Eugene O'Neill, Edith Wharton, Georgia O'Keeke, and Alfred Stieglitz are just some of the notable creatives to have their lives documented through collections in the library.

Recently renovated, the building reopened in 2016 to continue its reign as the premiere special collection library in the United States.

The Beinecke Rare Book & Manuscript Library is one of America's largest buildings dedicated to rare books and manuscripts. 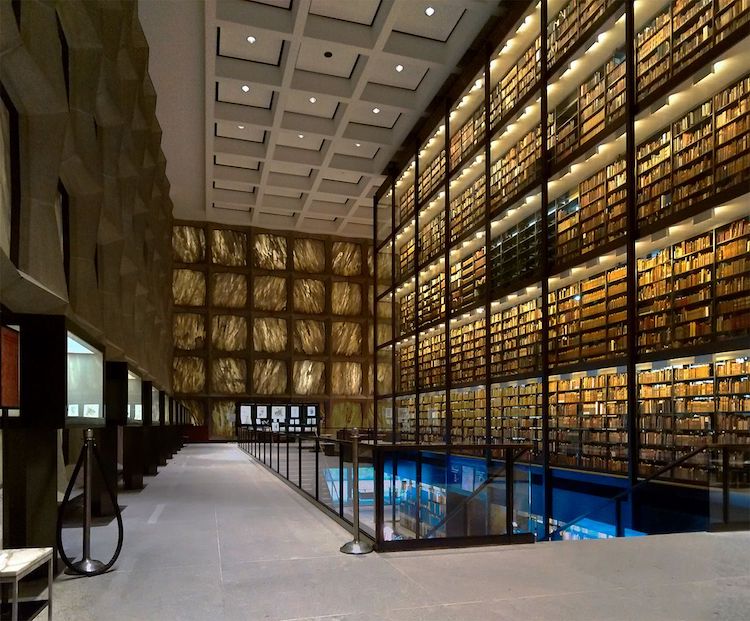 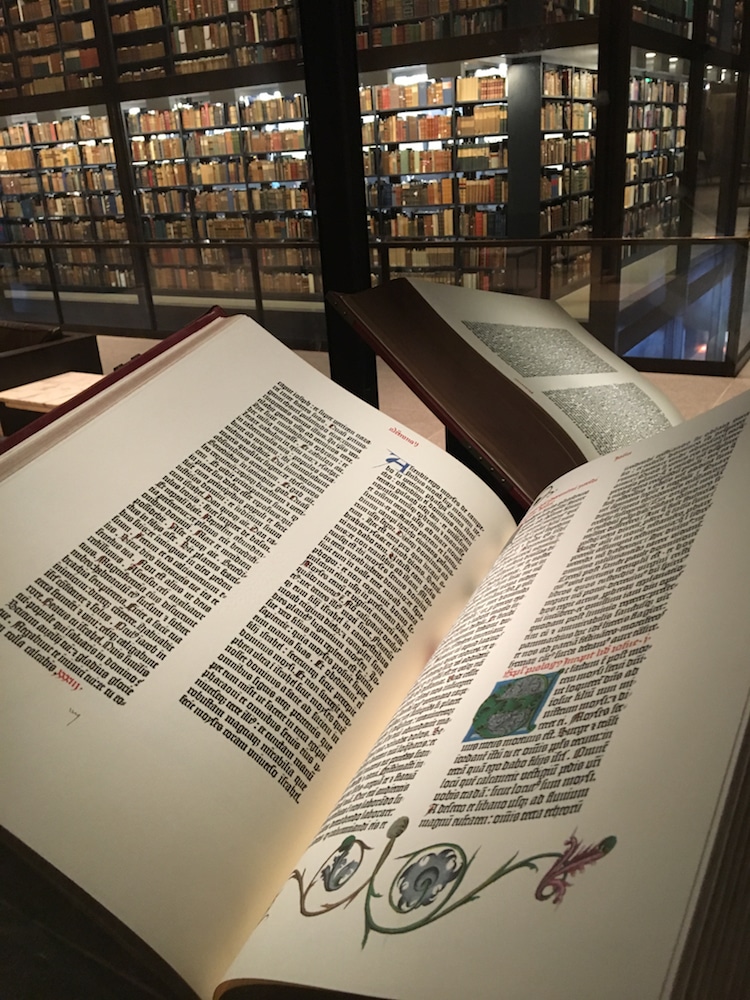 France’s Beautiful National Library Reopens After a Decade of Renovations

Love books? Share
Like My Modern Met on Facebook
Get Our Weekly Newsletter
Become a
My Modern Met Member
As a member, you'll join us in our effort to support the arts.
Become a Member
Explore member benefits
Love books?