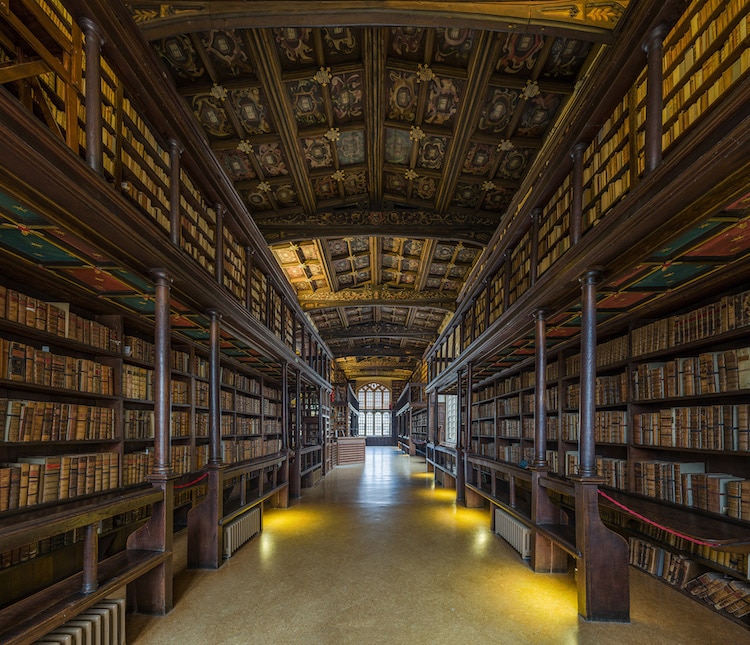 Nestled in the University of Oxford‘s grand Bodleian Library is one of the oldest and most beautiful reading rooms in all of Europe. Named after Humphrey of Lancaster—the 1st Duke of Gloucester and the son of King Henry IV of England—Duke Humfrey's Library was built between 1450 and 1480. Though it initially housed music, maps, and rare books, it now also offers a cozy and quiet place to read, study, and work.

As a lover of literature, Duke Humfrey amassed a large, multilingual collection of books throughout his life. When he died in 1447, he donated them to Oxford University, and the reading room was specially built to contain them. Originally, the reading room possessed 281 of the duke's manuscripts, but, today, it only has 3. The shelves are now filled with extremely rare books, including “manuscripts of the gospels of the Bible from the 3rd century, a Shakespeare First Folio and a copy of the Gutenberg Bible (one of 42 left in the world).”

Due to the pricelessness of its contents and its amazing age, photographing the room itself is usually prohibited. However, one lucky photographer, David Iliff, was invited to snap its interior—though not without restrictions. “I was only allowed to publish these images on the condition that they be limited to 4 megapixels in resolution so unfortunately this is as detailed as they get,” he explained. “Although I do have 40 megapixel images on my hard drive, that's where they will have to remain.”

If you'd like to have a better look at the stunning space, you can visit the reading room yourself!

Here you can see the rare photos of Duke Humfrey's Library. 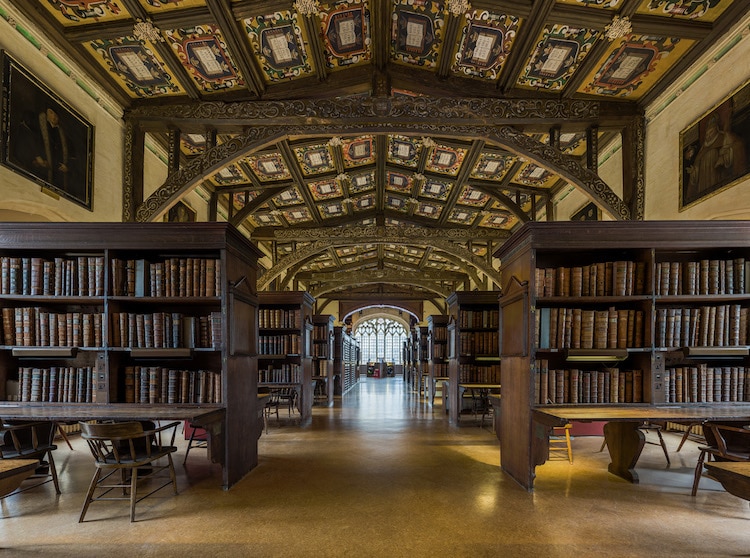 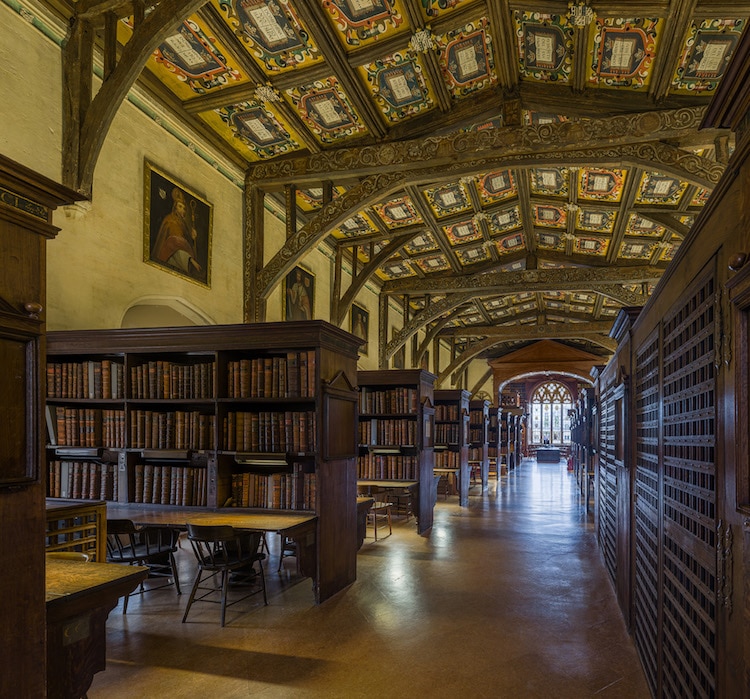 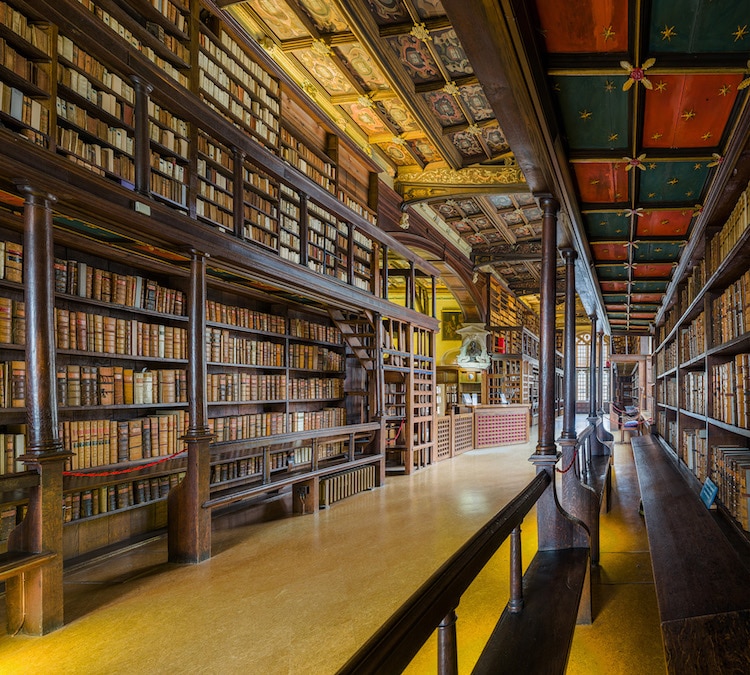 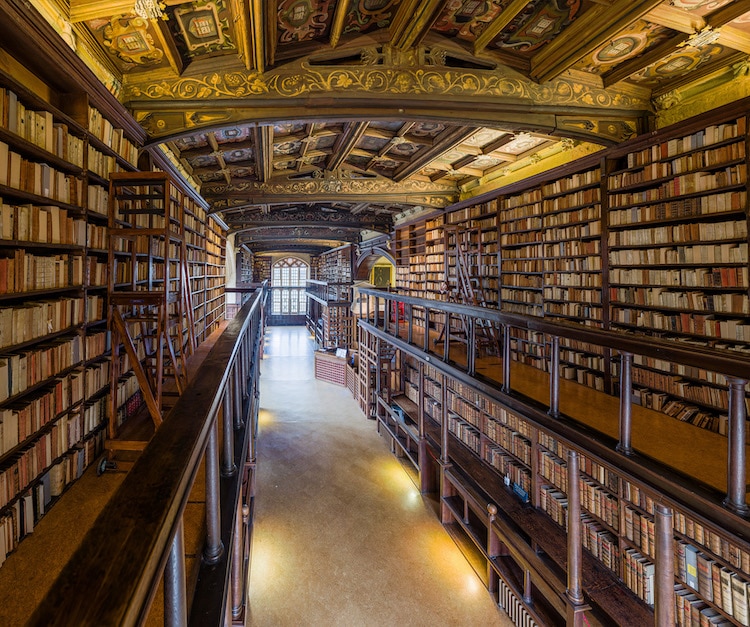 All images via David Iliff.