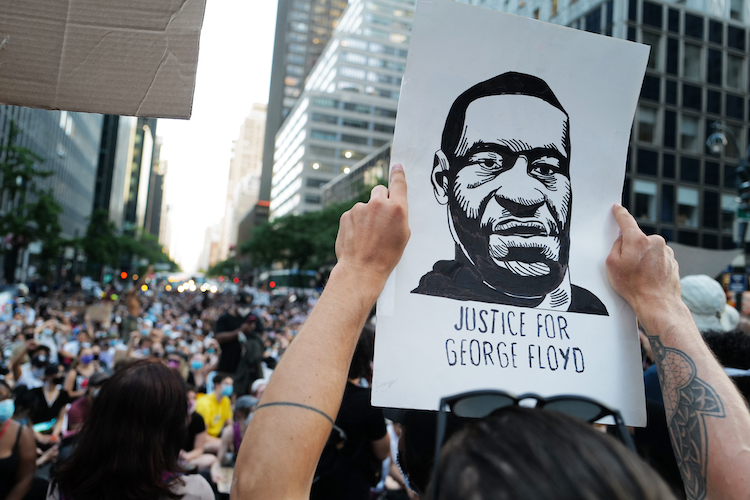 The Black Lives Matter movement has been nominated for the 2021 Nobel Peace Prize for the way in which it has galvanized countries across the globe to address systemic racism. The nomination came from a Norwegian member of parliament named Petter Eide; he felt compelled to do so because Black Lives Matter has “been able to mobilize people from all groups of society, not just African Americans, not just oppressed people … in a way which has been different from their predecessors.” Eide’s recommendation comes after a year that saw global mass protests (particularly in the summer) in the days following the murder of George Floyd by a Minneapolis police officer.

“Awarding the peace prize to Black Lives Matter, as the strongest global force against racial injustice, will send a powerful message that peace is founded on equality, solidarity, and human rights, and that all countries must respect those basic principles,” Eide wrote. His nomination also rejected the claim that the movement is violent, citing data that shows 93% of the racial justice protests in the U.S. after Floyd’s death have been peaceful. “It is not a strong argument,” he said. “If some elements of the movement may have been violent, that is not a reason to blame the whole movement.”

We hold the largest social movement in global history. Today, we have been nominated for the Nobel Peace Prize. People are waking up to our global call: for racial justice and an end to economic injustice, environmental racism, and white supremacy. We're only getting started ✊🏾 pic.twitter.com/xjestPNFzC

Of its nomination, Black Lives Matter tweeted, “We hold the largest social movement in global history. Today, we have been nominated for the Nobel Peace Prize. People are waking up to our global call: for racial justice and an end to economic injustice, environmental racism, and white supremacy. We're only getting started.”

Black Lives Matter, founded by Alicia Garza, Patrisse Cullors, and Opal Tometi, was started with a hashtag in 2012 after the death of Trayvon Martin, an unarmed Black teenager who was senselessly shot by George Zimmerman. Zimmerman was later acquitted of Martin’s murder, and this case sparked what's now a coordinated international movement to confront the systemic forces that lead to the death of Black people—particularly those by the police. It has chapters across the world and has organized supporters at rallies, boycotts, and other means of societal pressure to move the needle towards a more just and equitable world.