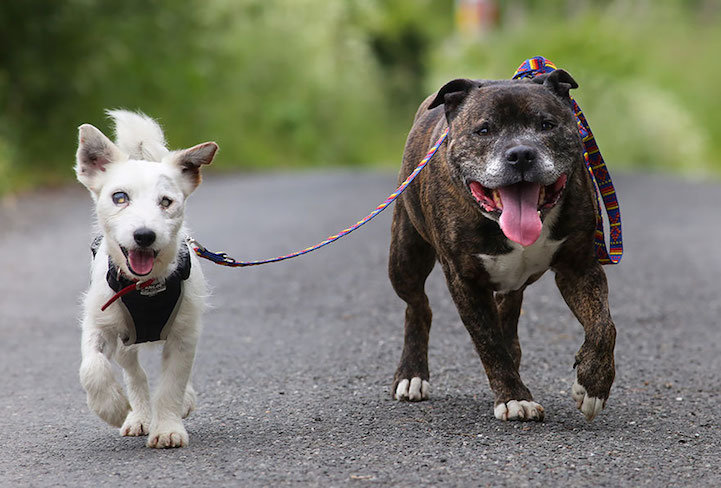 While many dogs act as loyal guides for visually impaired humans, it's not often that you see the same relationship play out between two canine best friends. This is what makes Glenn, a blind Jack Russell terrier, and Buzz, a Staffordshire Bull Terrier, so special. Glenn gets around thanks to the help of pal Buzz, who acts as his eyes. Buzz walks right next to Glenn outside, guides him to his bed, and even nudges him towards his food when it's time to eat. The adorable pair of pooches love each other so much, they're inseparable!

The two were rescued from a tunnel in northeastern England and are now in the care of Stray Aid, an animal rescue center in Coxhoe, County Durham. It was obvious to shelter employees that the two dogs, who are estimated to be around 10 years old, have a longtime bond. Not much is known about their background, but it's likely they were abandoned because of their age and Glenn's disability.

Despite the difficult times they've had, the pair is still playful, happy, and beloved by all of the rescue center's staff. Now, the two friends are waiting for their forever family, but they'll only go to a home that will take them both together. A Stray Aid employee told BBC, “Glenn gets his confidence from Buzz and if they were separated even for a few minutes they both bark and become distressed so they would need to have a loving home together.” 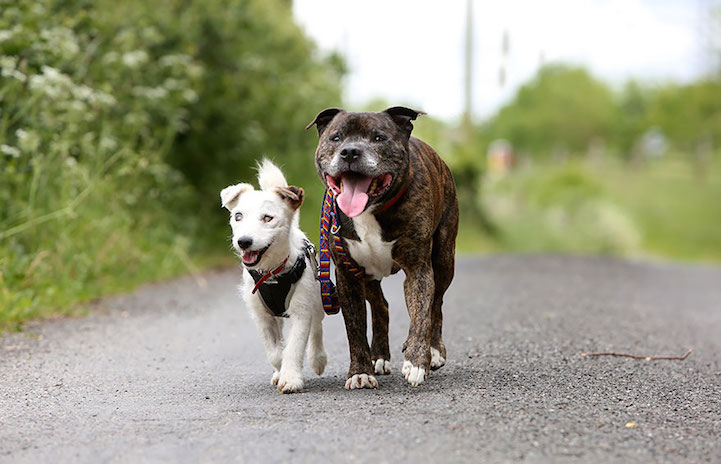 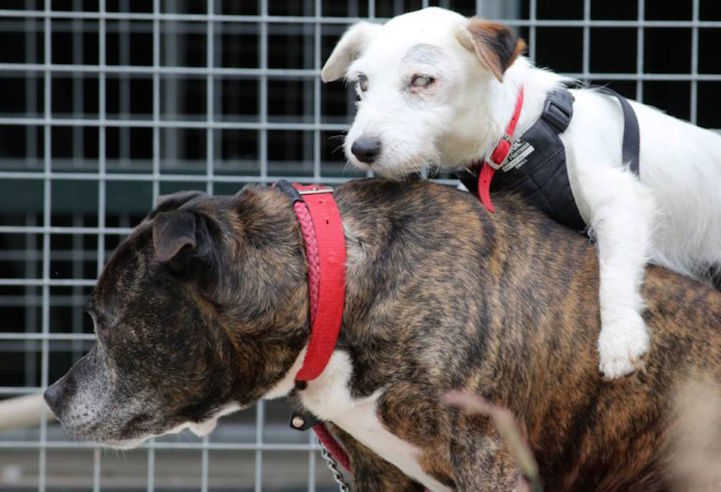 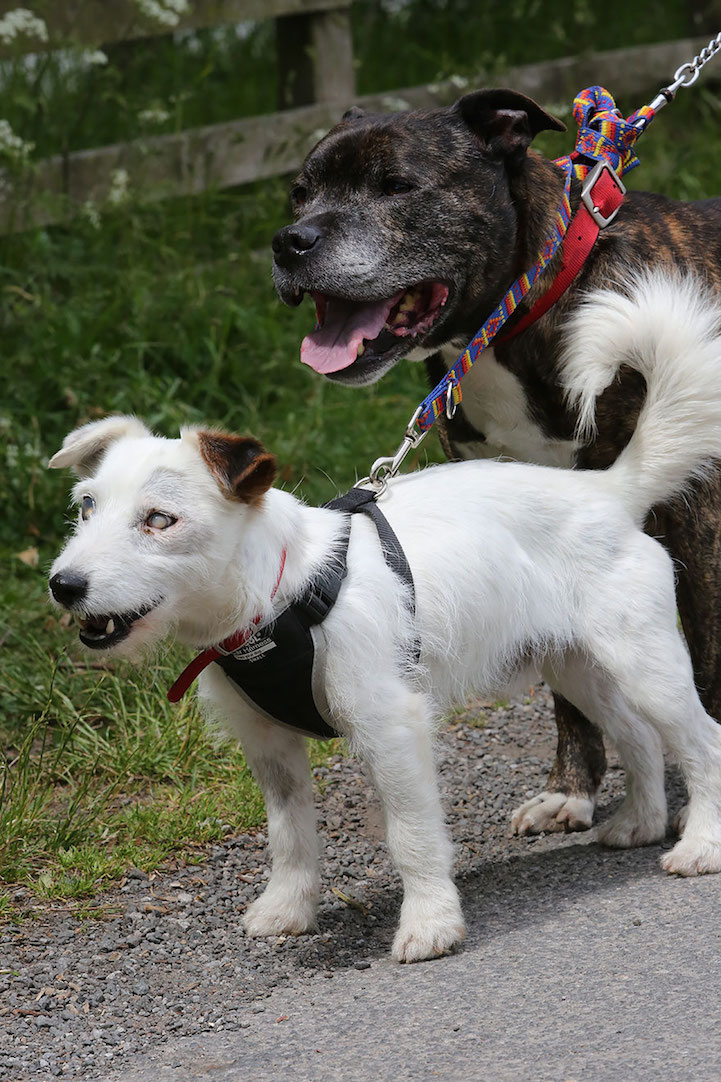 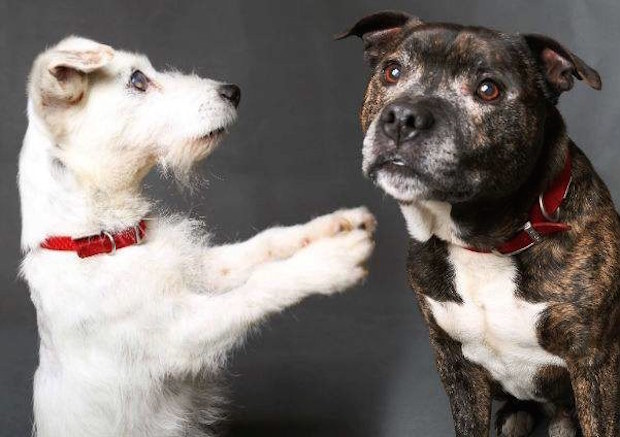 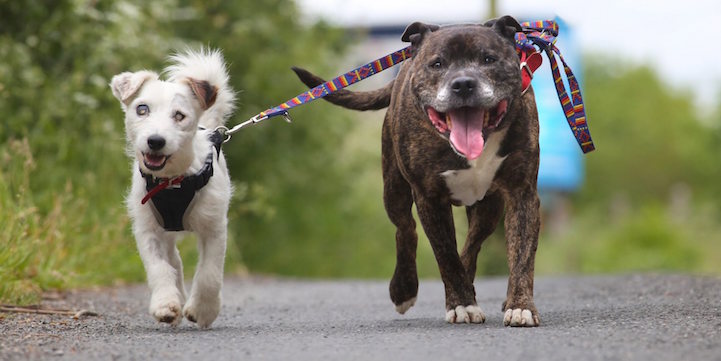 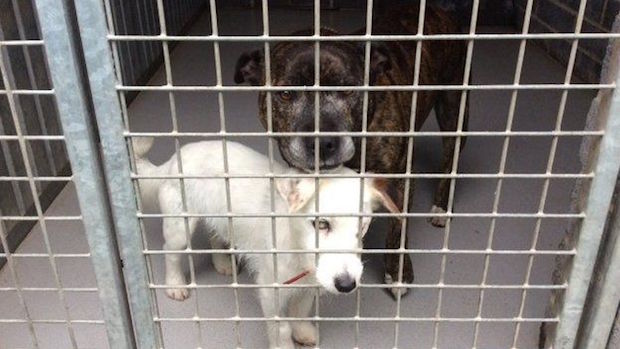 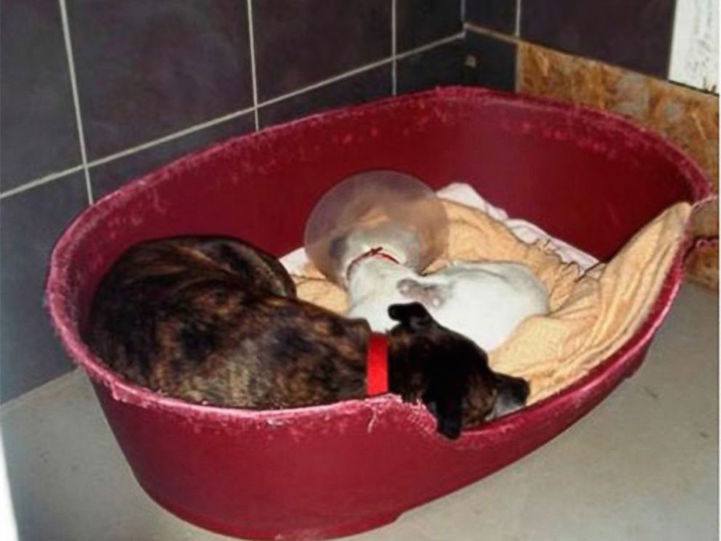 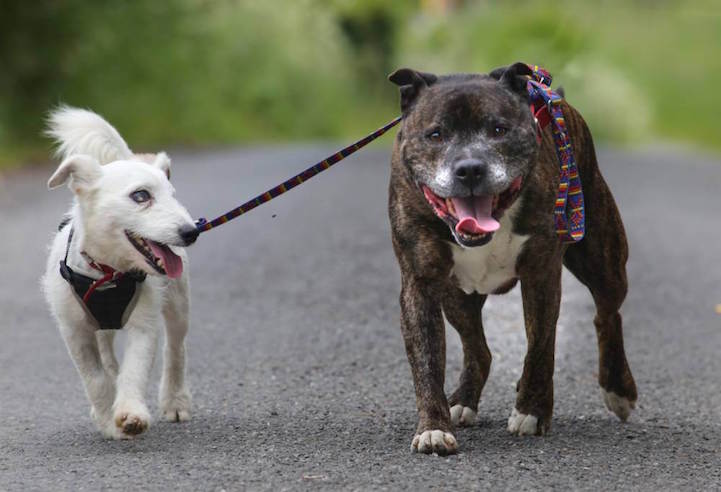