Subway station in Frankfurt made to look like it's submerged in the street. from r/DesignPorn

Subway stations aren’t usually go-to spots to see cool architecture, but many cities around the world make commuting more enjoyable by turning their transit hubs into works of art. While the best design is usually seen underground, an unusual subway entrance in Frankfurt, Germany brings artistic architecture to street level.

Located in the city center, the Bockenheimer Warte subway entrance looks like an old tram car crashing into the concrete sidewalk. This isn't the work of the Hulk, but an innovative architect named Zbigniew Peter Pininski. Originally built in 1986, he was inspired by the work of surrealist artist René Magritte when creating it. Pininski’s intention was to inspire a positive reaction from locals who were concerned about the extension of the city’s transport network.

The reaction from locals at the time is unknown, but there’s no doubt this unusual subway entrance would jolt you out of your sleepy morning commute. Although it looks just like a tram car half-buried in rubble, it’s perfectly safe to climb down the stairs into the main station.

The subway station recently underwent an expansion in 2001, but the original entrance still stands. If you’re ever in Frankfurt, it’s worth hopping off the subway just to take a look, even if it’s not your stop.

The Bockenheimer Warte subway entrance in Frankfurt, Germany looks like an old tram car crashing into the concrete sidewalk. 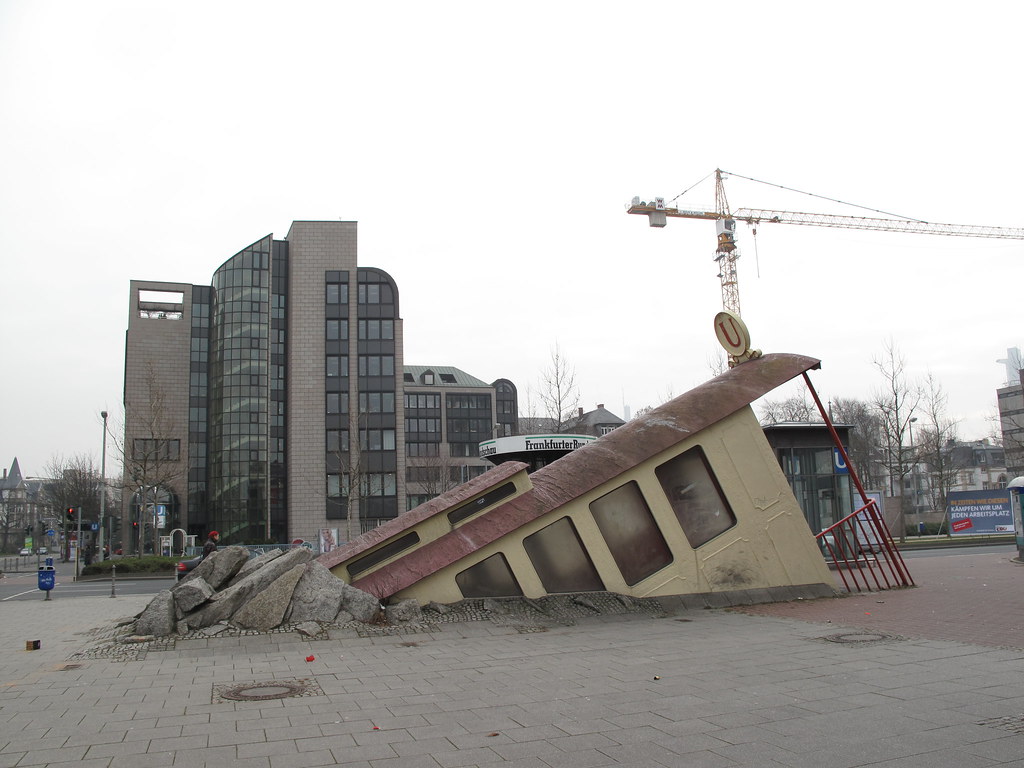 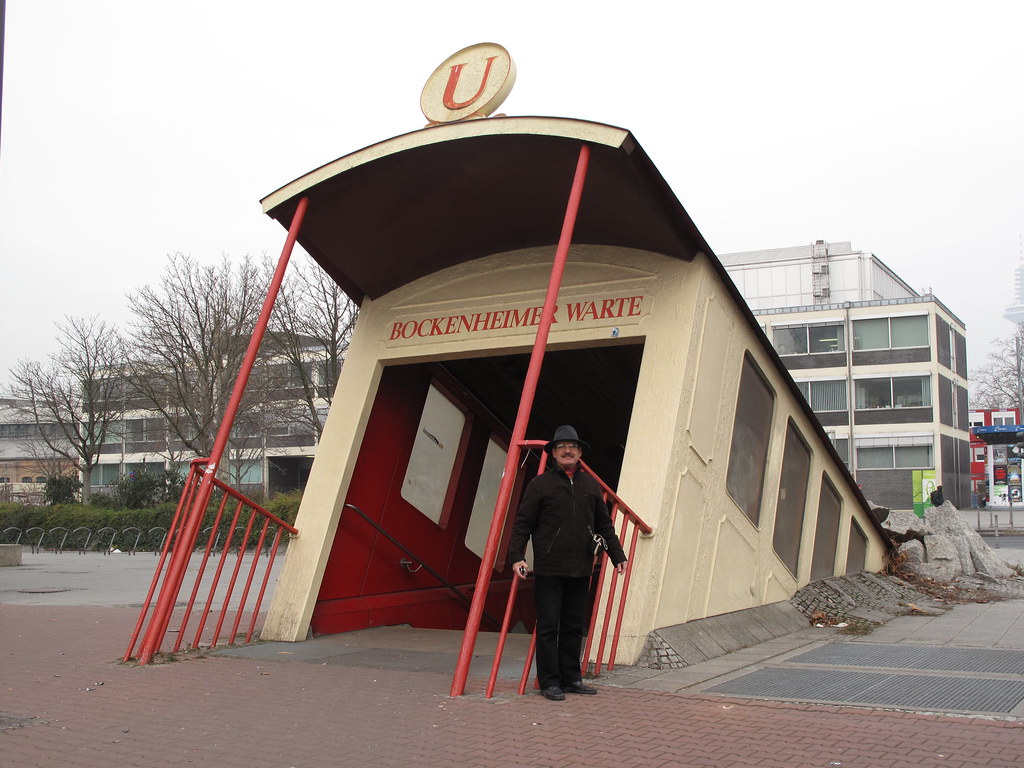