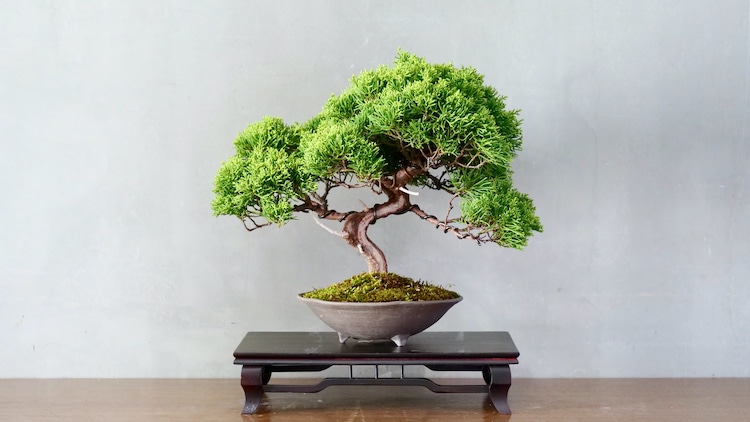 Bonsai trees have a strong association with Japan. But did you know that the art of growing miniature trees actually originated in ancient China? By 700 CE, the Chinese were using special techniques to grow dwarf trees in containers. The practice became known as “pun-sai” (or “penzai”) and was originally only cultivated by the elite in society. It wasn’t until the Kamakura period (1185 to 1333) that growing miniature trees inside pots were introduced into Japan. And today, even Western nature lovers grow and care for bonsai trees as living works of art.

Read on to learn the history and meaning of these special trees. 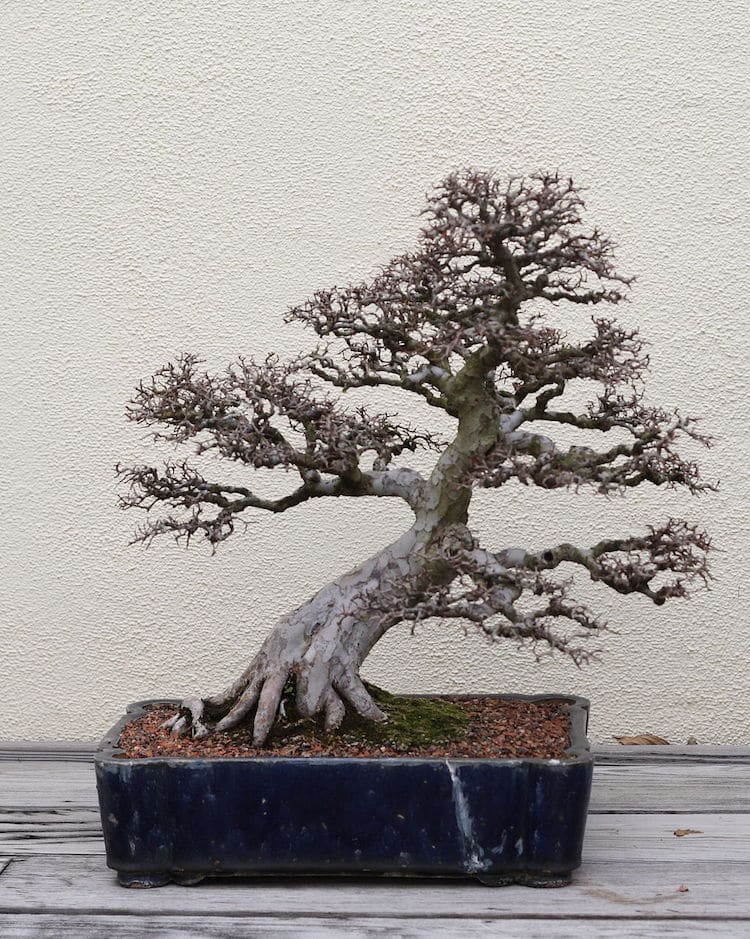 What is the meaning of the term bonsai?

Bonsai is a Japanese word meaning “tree in a pot.” However, the term originally comes from the Chinese word “pun-sai” or “penjing.” In Chinese, “pen” means pot and “jing” means scenery or landscape.

Bonsai trees are intended to be a miniature representation of nature, planted within decorative containers.

What does the bonsai tree symbolize?

When bonsai trees were first introduced in China more than 1,300 years ago, they were seen as a status symbol among the elite of society. Today, however, bonsai trees are enjoyed by people all over the world.

Depending on a person’s culture or beliefs, bonsai trees are seen as symbols of harmony, balance, patience, or even luck. Many people simply use the potted trees as living ornaments for interior design, while others—Zen Buddhists for example—believe the bonsai is an object of meditation or contemplation.

The History of Bonsai in China 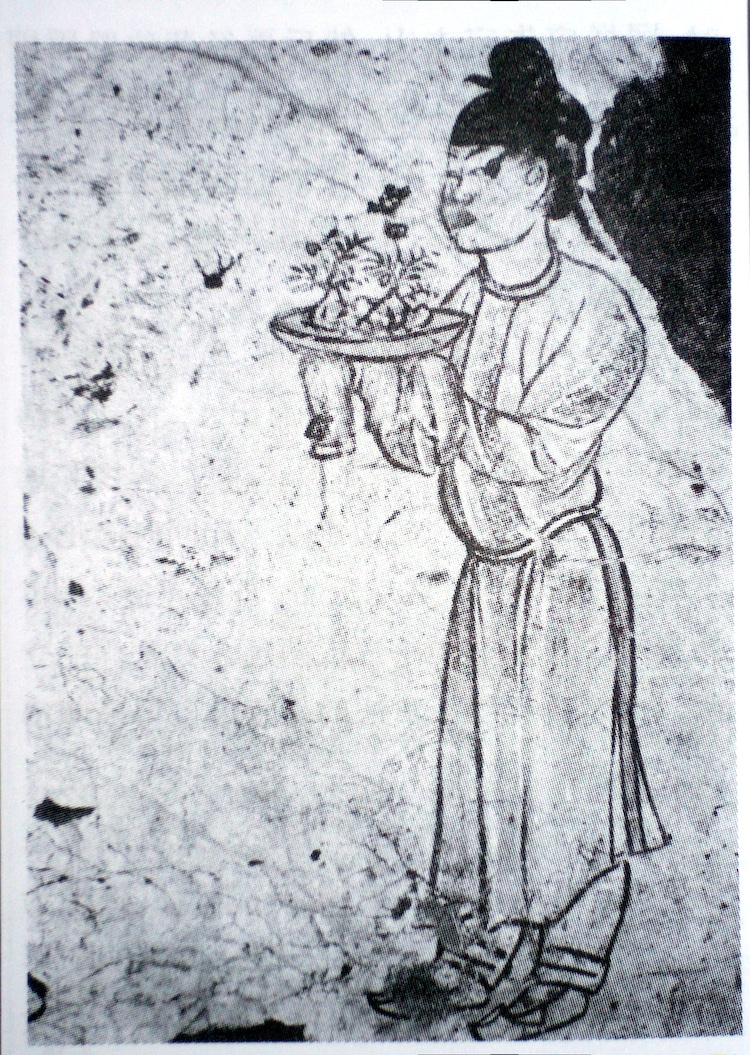 In ancient China, early explorers were likely the first to discover miniature trees that grew high in the mountains. This climate saw harsh conditions where growth was difficult, so the prized dwarf trees were particularly gnarled in appearance. As early as the 4th-century BCE, the Taoists believed that recreating aspects of nature in miniature allowed people to gain access to their magical properties. Therefore, penjing was born. This involved creating miniature landscapes displayed atop earthenware.

In a bid to recreate the natural trees they found in the mountains, the Chinese developed pruning and binding techniques that gave plants twisted shapes and an aged appearance. Some historians believe the Taoists shaped the miniature trees’ branches and trunks to resemble animals of Chinese folklore, such as dragons and serpents. Others believe the plants’ warped formations take after yoga positions.

The History of Bonsai in Japan 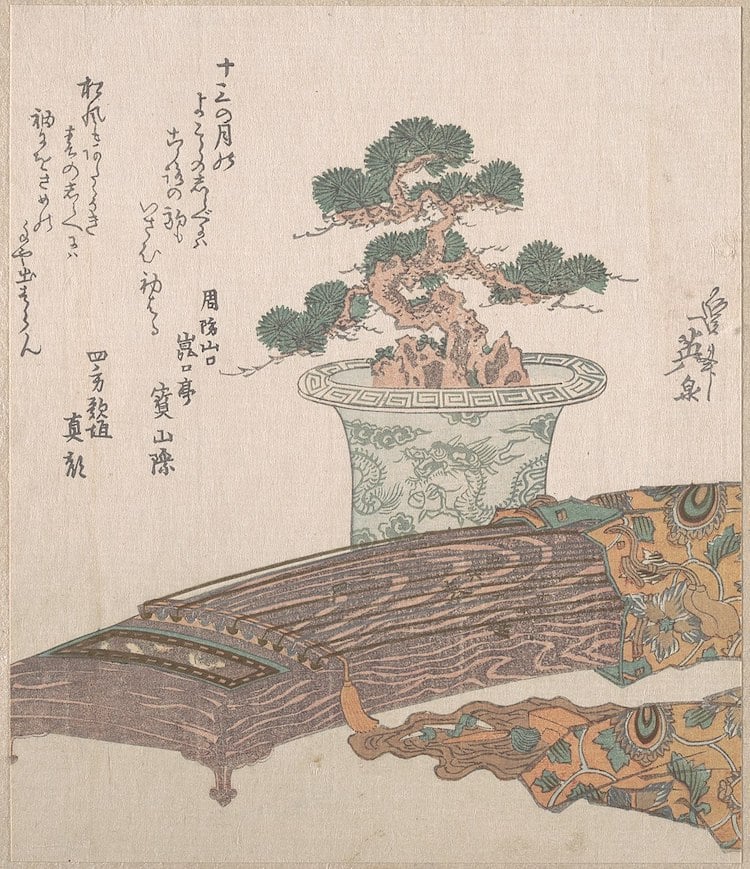 Under the rule of the Hang Dynasty, Chinese monks migrated to Japan and other parts of Asia—taking with them examples of penzai. Japanese Zen Buddhist monks learned the techniques required for making the miniature trees, which later became known as bonsai. The Japanese developed their own methods for creating dwarfed trees, resulting in different styles compared to China’s penzai.

Japanese bonsai trees typically stood around one to two feet high and required many years of expert care. The branches, trunks, and roots obtained their twisted appearance by holding the desired shape—using bamboo and wire—as the tree grew. And in order to achieve a particular shape, artists often grafted new branches onto existing ones. Some species even bore fruit, while others bloomed leaves and flowers. By the 14th century, bonsai trees were regarded as a highly respected art form. The prized plants soon made their way from the monasteries to the homes of the royal. Just like in China, the trees became symbols of status and honor.

At the beginning of the 1600s, the Japanese bonsai evolved again. The skilled artists began using special pruning techniques to remove all but essential parts of the plants. This created a minimalist look, which reflects the Japanese philosophy and belief that “less is more.” During medieval times (1185 to 1603), bonsai trees became available to people of all social classes. Increased demand meant that more people had to learn the art of bonsai, and soon, miniature trees were commonplace in almost every Japanese home.