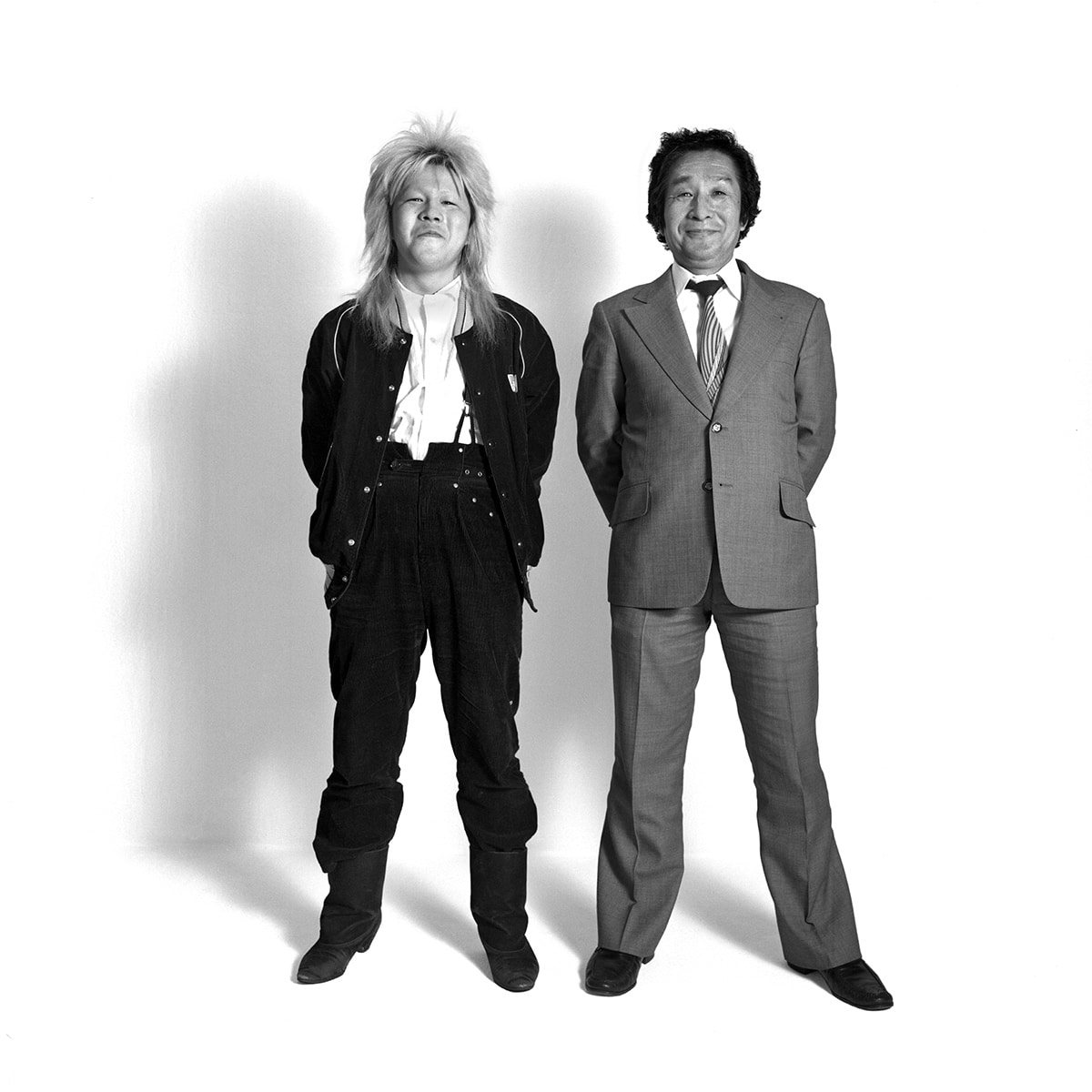 Parent: Masanari Henmi / Child: Yasunari Henmi (musician), 1982
This post may contain affiliate links. If you make a purchase, My Modern Met may earn an affiliate commission. Please read our disclosure for more info.

The bond between parent and child is something special and perhaps no one knows that better than Bruce Osborn. Based in Tokyo since 1980, the American photographer has dedicated nearly 40 years to his long-term project Oyako. This portrait series shares photographs different sets of parents and children throughout the years to examine how they grow and develop together. It's a touching look at the evolving relationship between family members and a project that has changed Osborn's life.

Oyako started in 1982, when Osborn was on assignment for a magazine. He'd been asked to photograph punk musicians, when he decided that it would be interesting to see them next to their parents. Excited by the results he saw, Osborn dove into his new project as a way to discover generational differences and to explore the relationships between Japanese parents and their children.

While Oyako has received significant attention in Japan, it's only more recently that the rest of the world is discovering Osborn's project. The ties that bind families cross all cultures, making Oyako a universal project that resonates well beyond Japan. It's incredible to see the transformation of Osborn's models throughout the years, as children turn into adults and parents move from young professionals to retirees.

Staying true to the origins of Oyako, many of the children are punk musicians and it's interesting to see how this way of life sticks with them through adulthood. In other cases, it's fascinating how professions move from one generation to another. For instance, the Kida family takes us on a journey of 30 years that began when son Tsuyoshi was just in preschool. At the time, his father Mitsunari was a sumo wrestler. In the next photo, 16 years later, we see that Mitsunari has transitioned into owning a restaurant, while Tsuyoshi has followed in his father's footsteps as a sumo wrestler. Fifteen years later, Tsuyoshi has left behind wrestling and joined his father in the restaurant business, working as a cook.

These captivating transformations are only visible thanks to Osborn's tireless work and dedication to the project. To learn more about the evolution of Oyako, read on for My Modern Met’s exclusive interview. And if you're interested in seeing even more images, check out Osborn's book, Oyako: An Ode to Parents and Children. 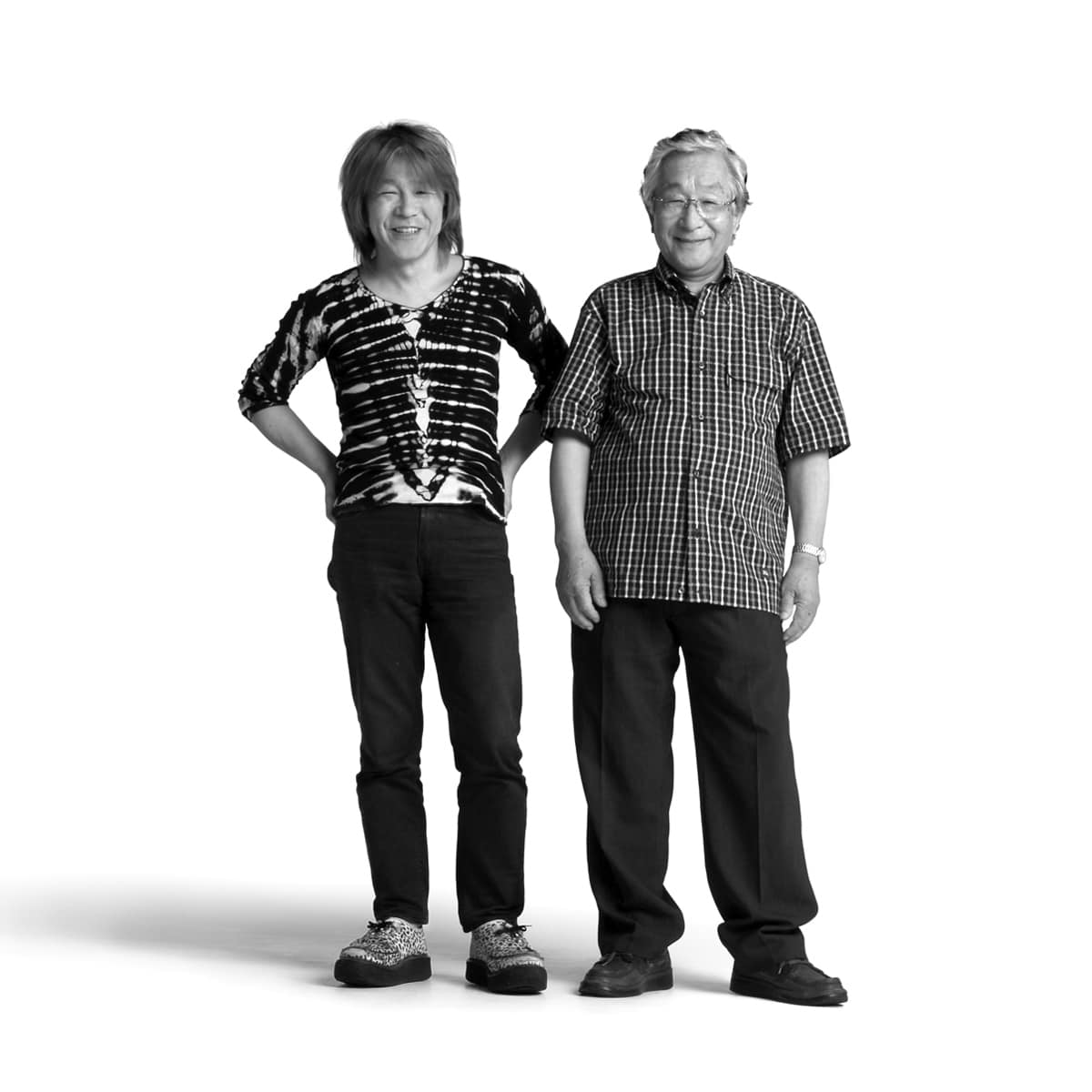 What made you initially decide to photograph your assigned subject (punk kids) with their parents?

At that time I got this job, my wife and I were expecting our first child. As I was considering how to take his photo, I must have also been thinking about becoming a parent. The two thoughts converged when I hit on the idea of photographing him with his mother. I thought it would be amusing to see their contrasting lifestyles and fashions, however, I was even more surprised by their similarities. 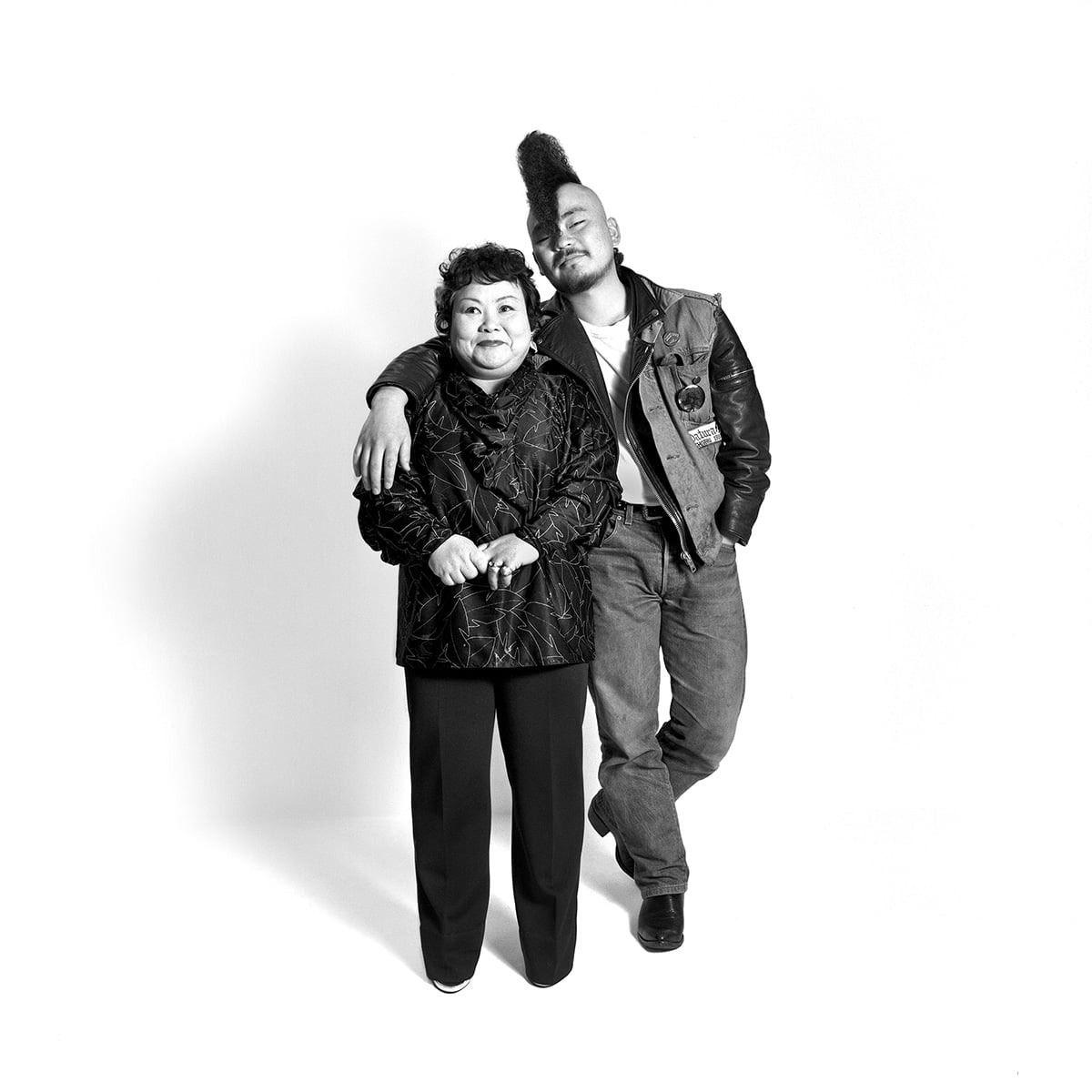 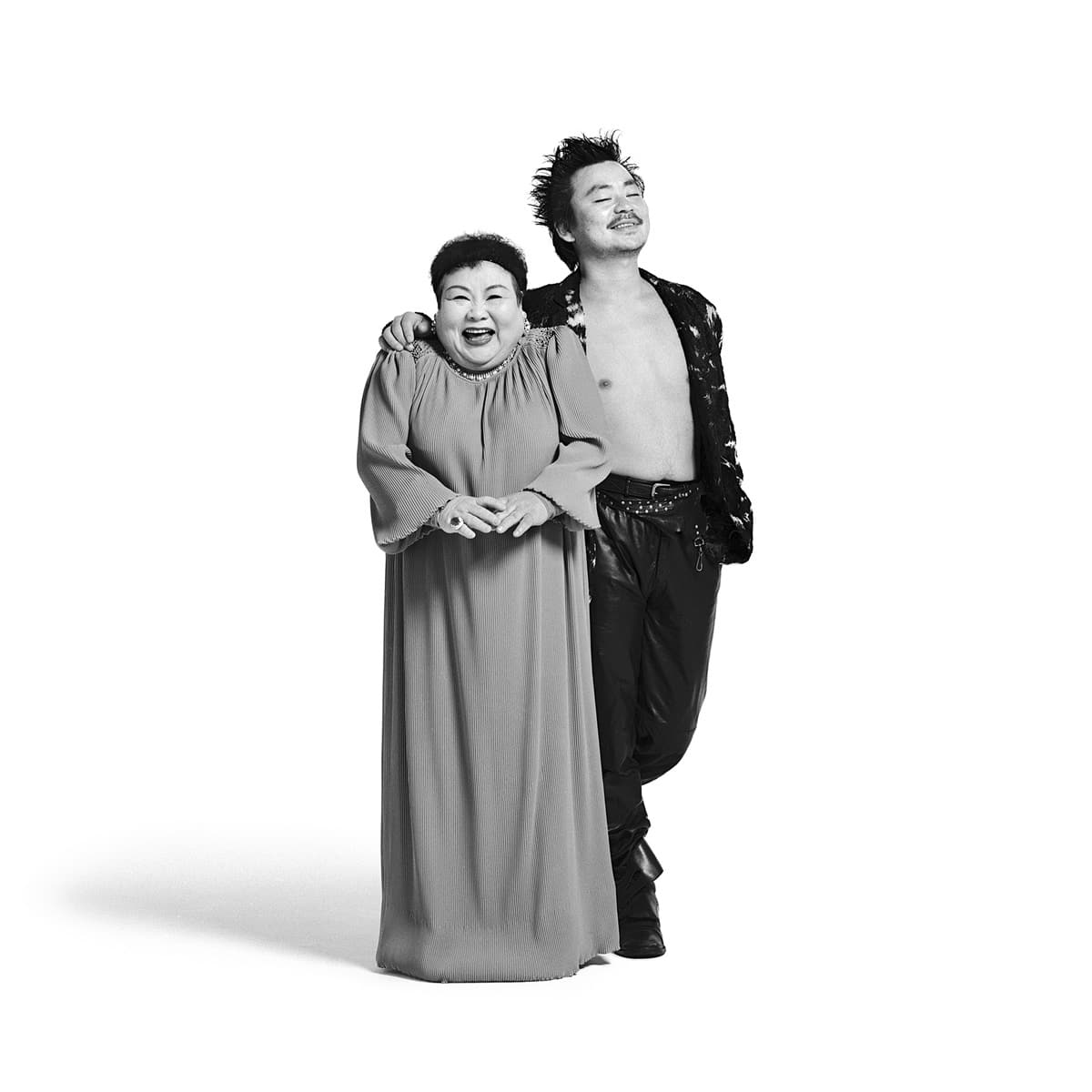 When did you hit on the idea of transforming this into a long-term project?

After I took this first photo, I was hooked. The pictures revealed so much about the two generations; I wanted to continue exploring this theme as a way of looking at society and the tremendous changes we go through in our lifetimes. 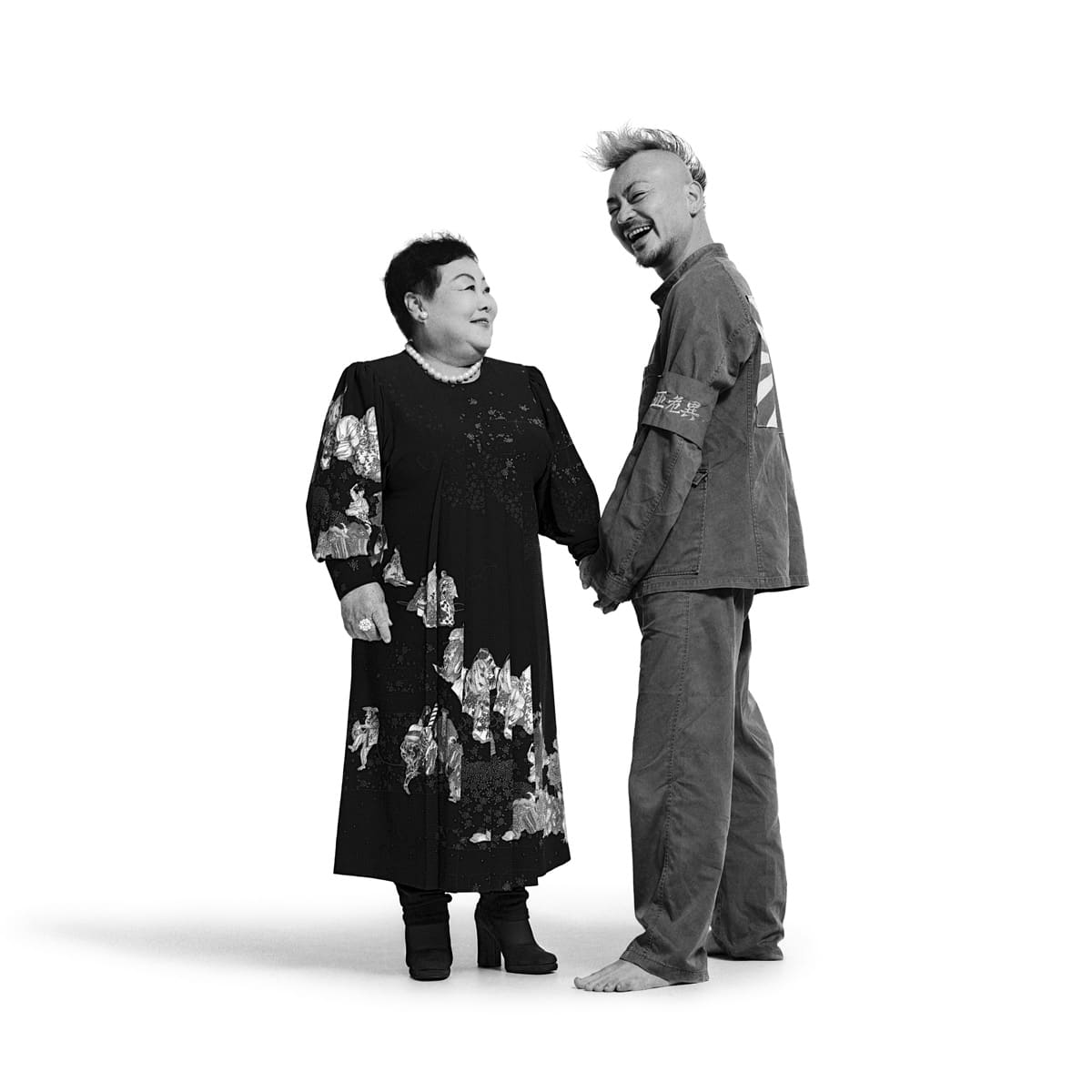 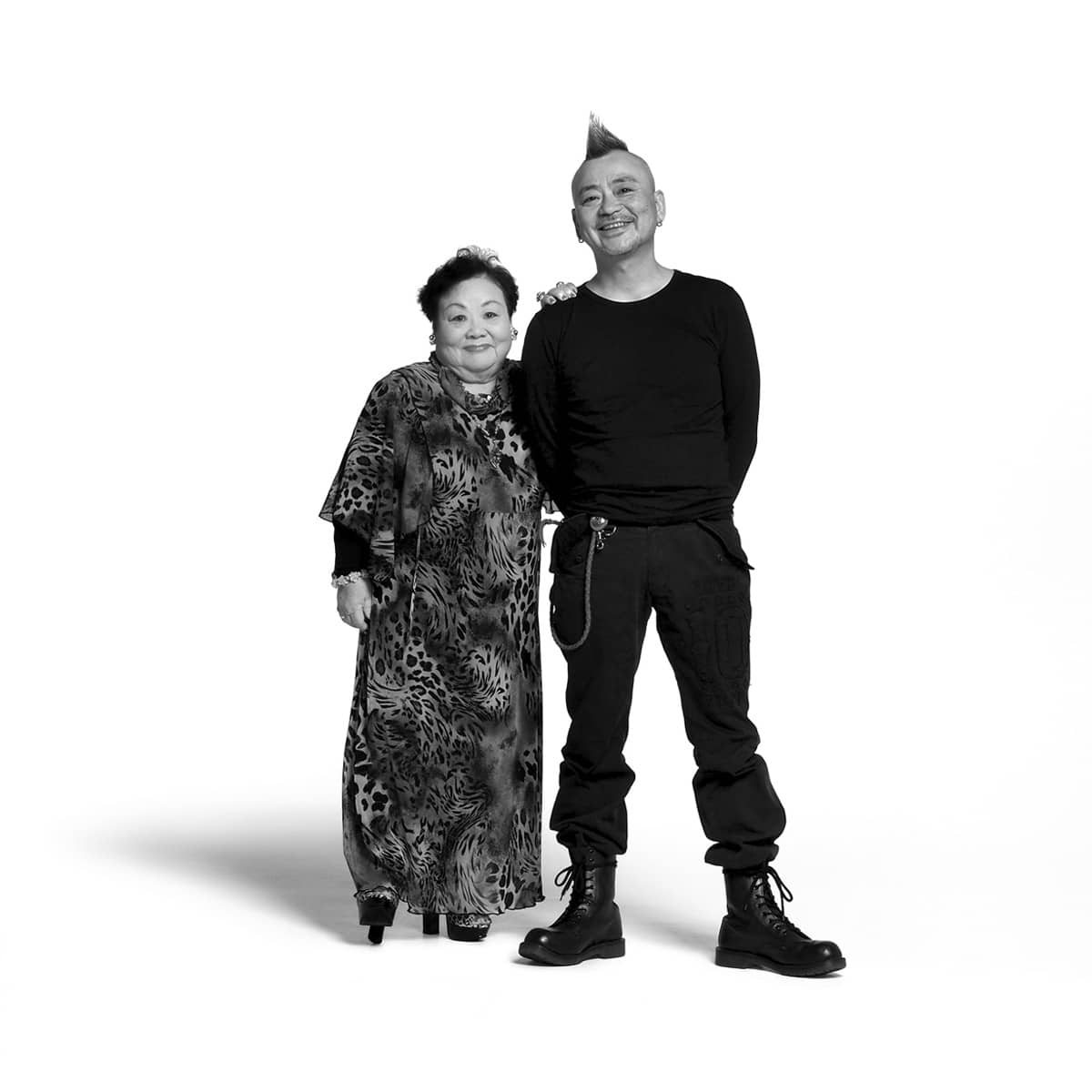 What has the series taught you about Japanese culture, particularly in terms of family relationships?

I was interested to learn that the word OYAKO is a combination of the kanji for OYA (parent) and KO (child). It seems to reflect on the unique way that the Japanese view this relationship—parent and child are bonded together and cannot be separated.

How has your relationship with each pair changed over time?

The first time I photograph the parent and child, I feel an immediate connection, which grows deeper the more we get to know each other. When I take their photographs a second, third, or fourth time, the lines between photographer and subject become blurred. Our common goal is to document how they are changing along with the things that will never change between them.

Is there a common thread you see with these pairs as time goes on?

As the children grow older, they begin to look more and more like their parents. It might be a nose or way of laughing or how they walk. Children have a unique connection with their parents that becomes more visible over time. The other thing that starts happening with their relationship is a kind of role reversal where the child is taking care of the parent. 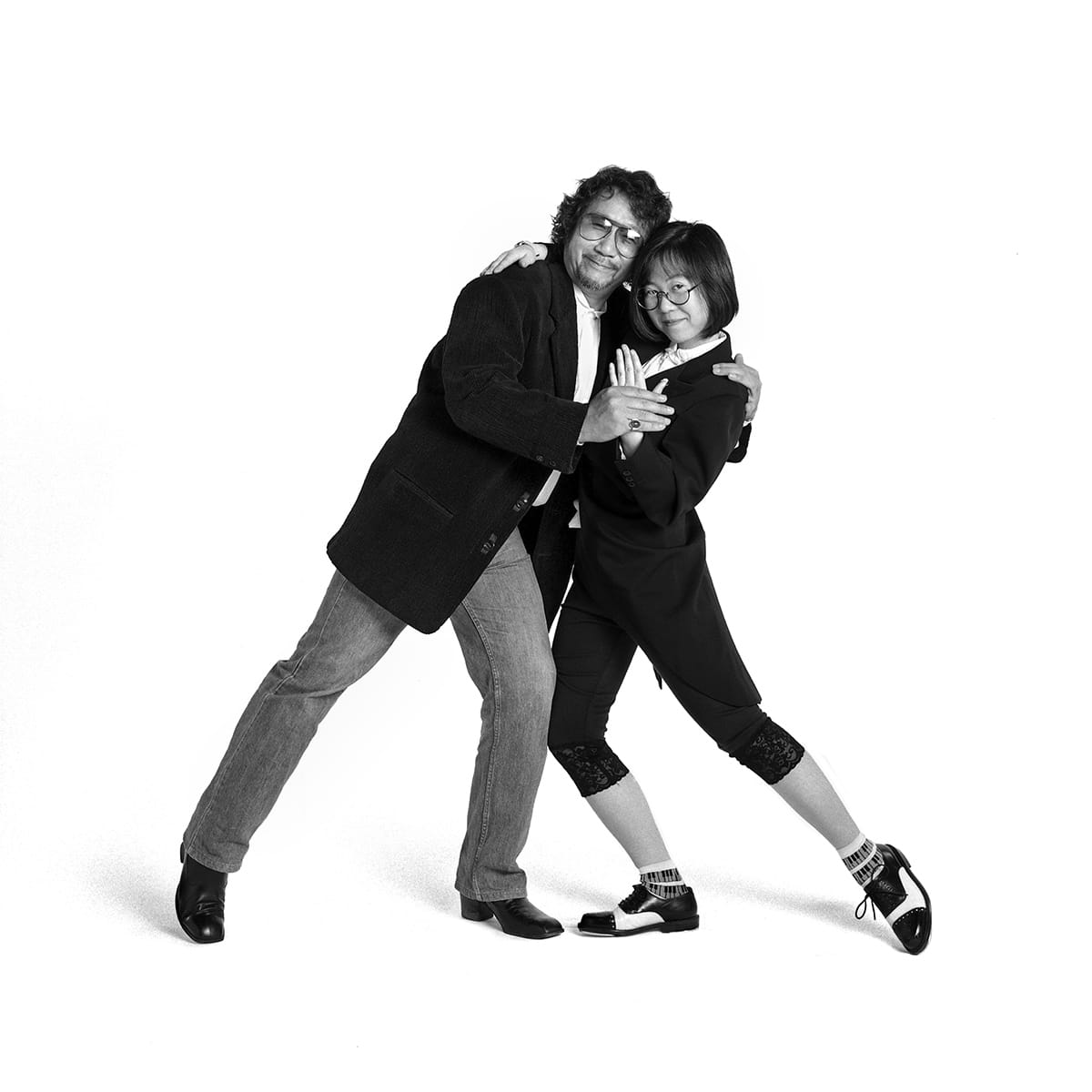 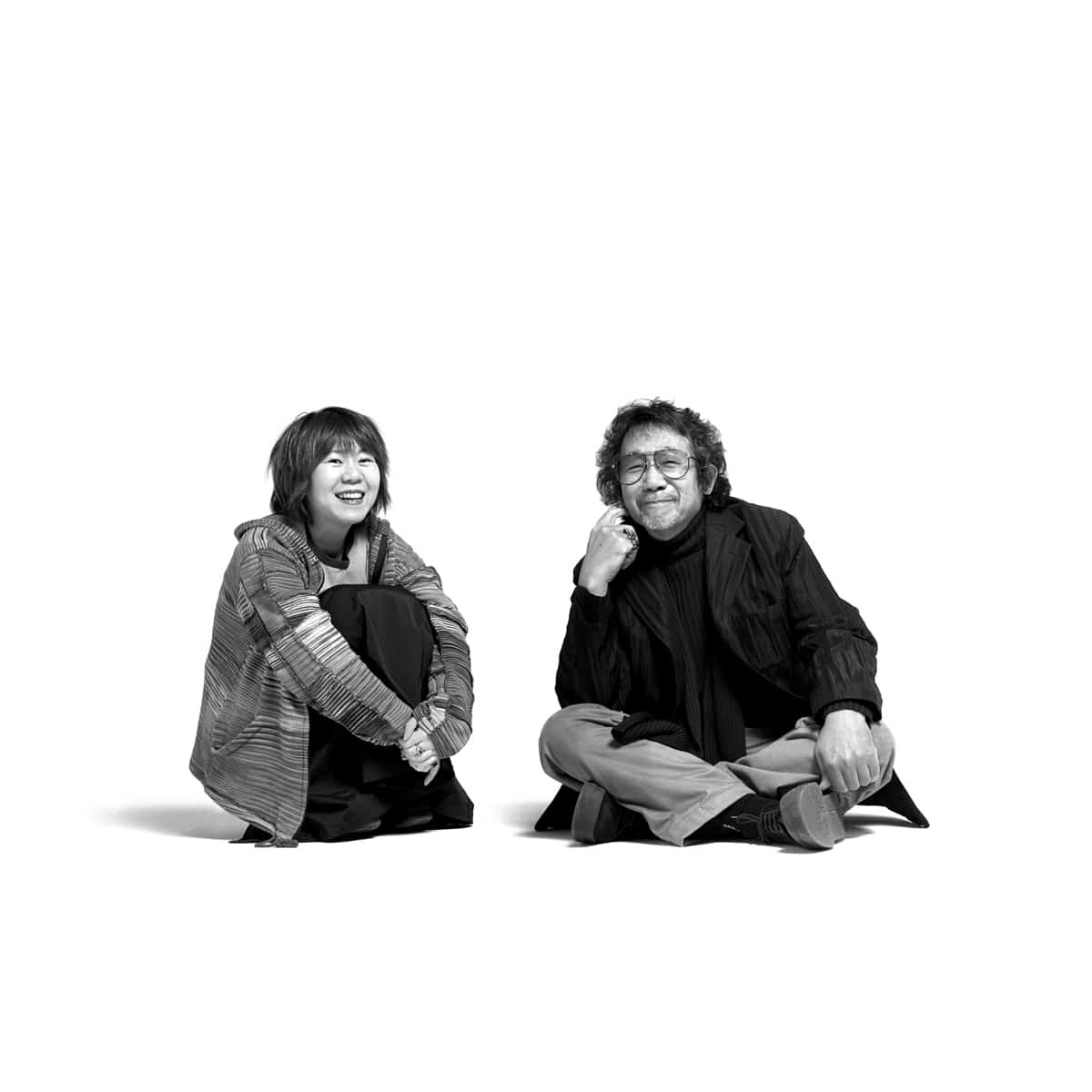 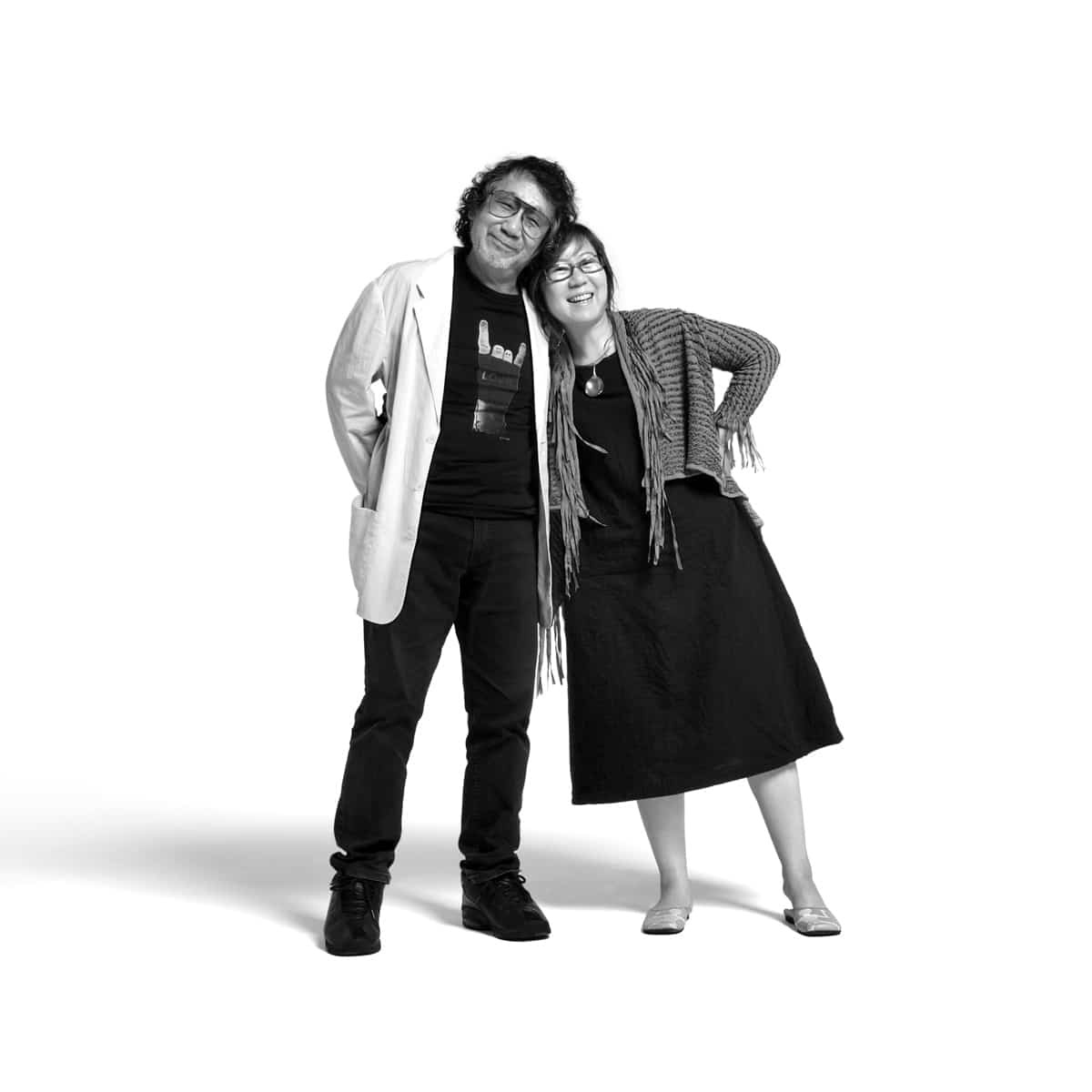 What are the most surprising changes you've seen as the series has evolved?

It all started out with an assignment to photograph a punk rocker and I had no idea that it would turn into such a career and life-changing project. The series has grown so much over the last 38 years and has been shown in hundreds of exhibitions and introduced throughout the Japanese media. Lately, it is getting attention from overseas and I’m excited to introduce this project to a new audience, and hopefully sometime take OYAKO photos in other countries.

Is there an end in sight or do you plan to keep going as long as you can?

I have photographed over 8,000 parents and children and there is no end in sight. In 2003, my wife and I decided to take this project one step further and make a day to celebrate the parent-child bond. Every year on the fourth Sunday of July, we invite 100 families to the studio and I take their photos in an all-day photo session. There are now many photographers in Japan who agree with our social action and have started doing their own OYAKO Day sessions. Our dream is to one day see OYAKO Day become as recognized as Mother’s Day and Father’s Day. 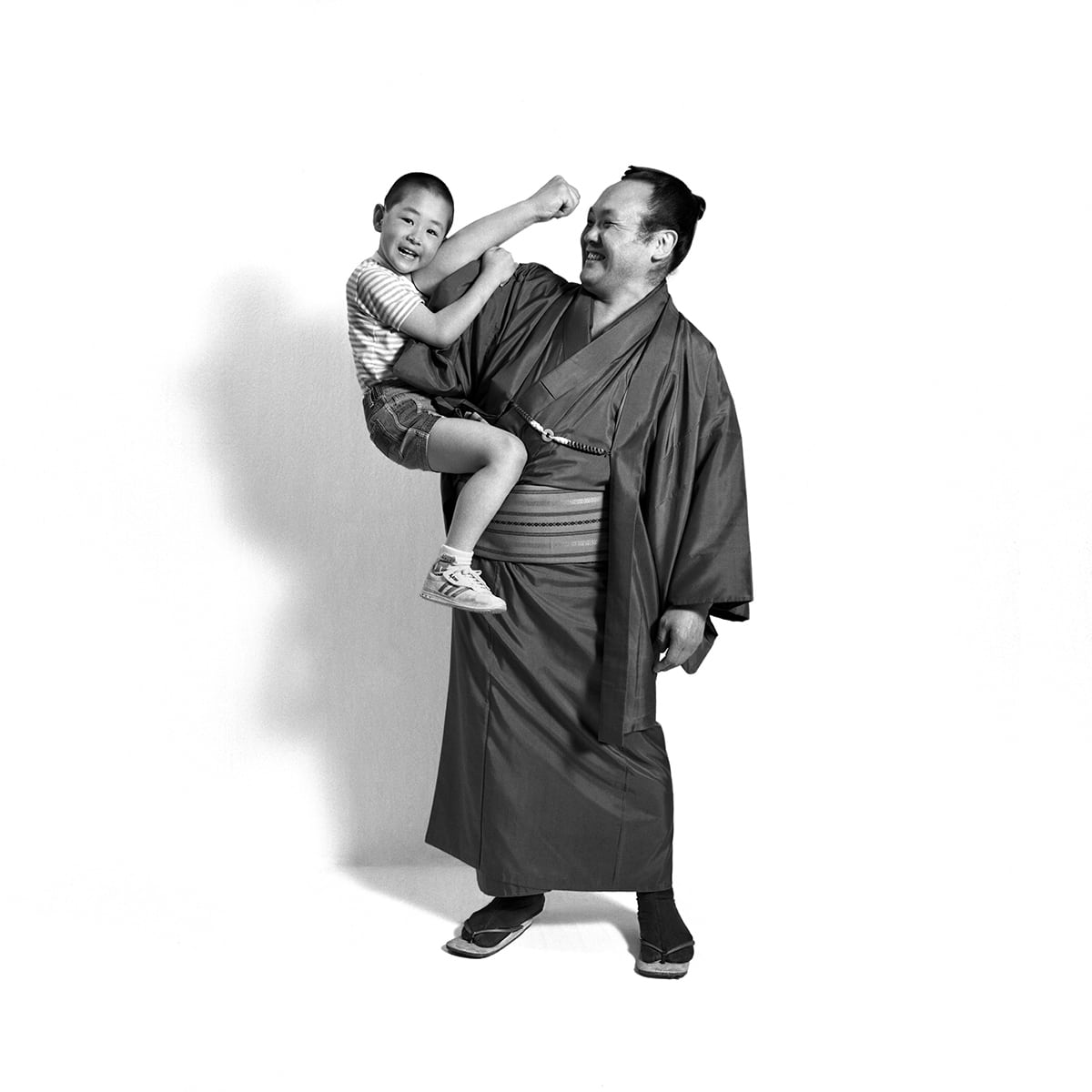 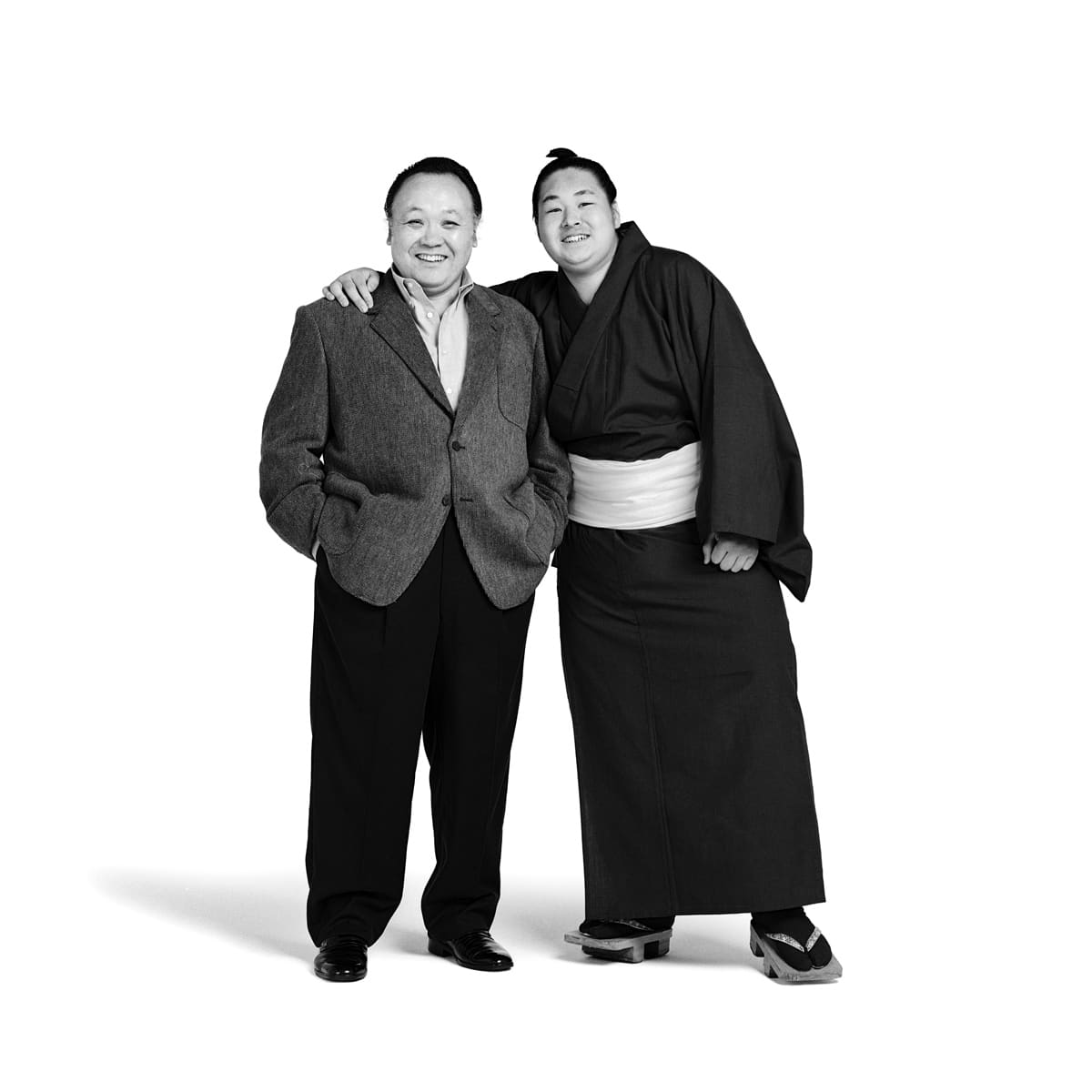 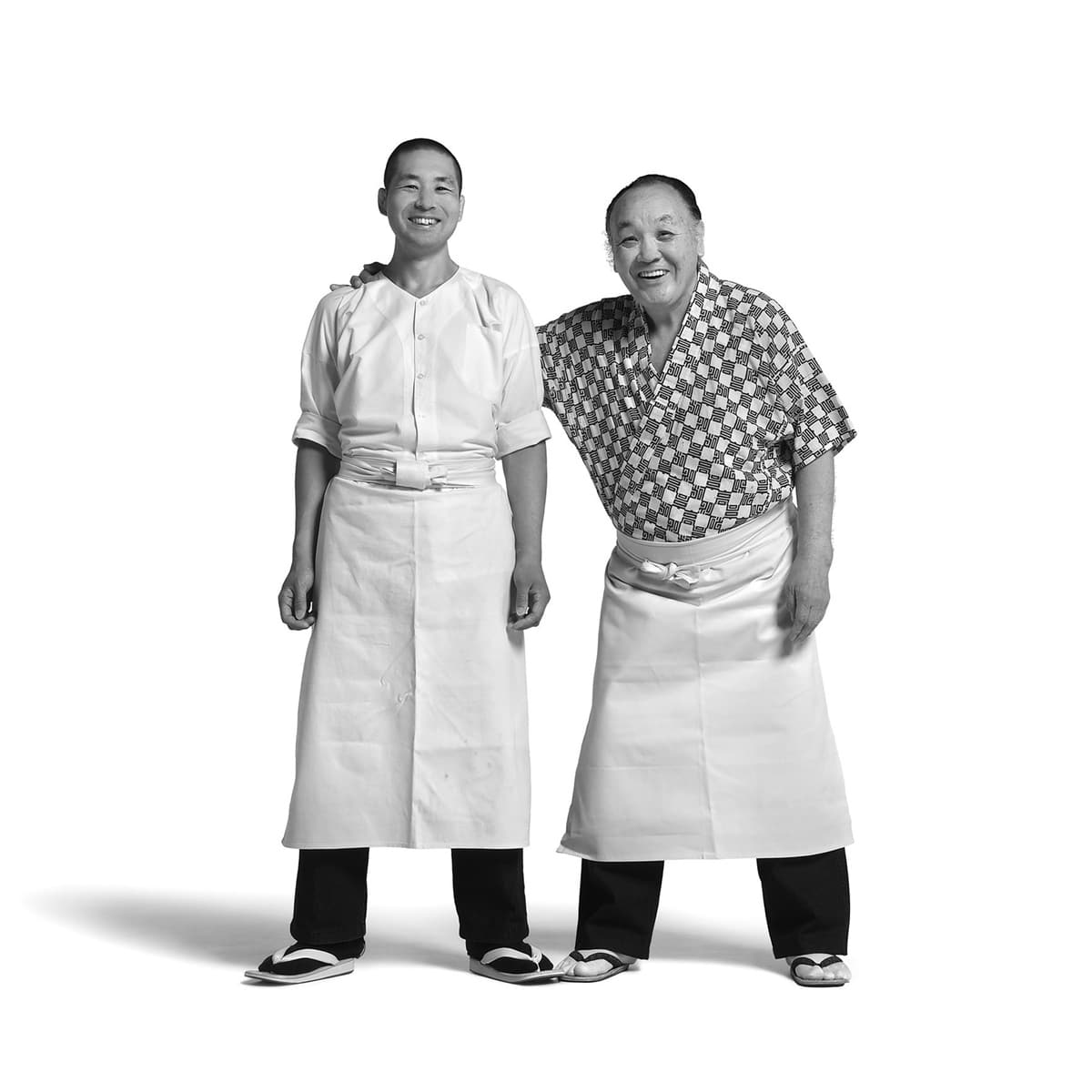 What's the most satisfying part of the series for you as a photographer?

I’m amazed to see how much this series has grown and touched people in so many different ways, however, I think the most satisfying part is to see that the photos I’ve taken are creating lasting memories for families.

Interview: Photographer Documents 33 Women Before and After They Became a Mom

Touched by these photos? Share
Like My Modern Met on Facebook
Get Our Weekly Newsletter
Become a
My Modern Met Member
As a member, you'll join us in our effort to support the arts.
Become a Member
Explore member benefits 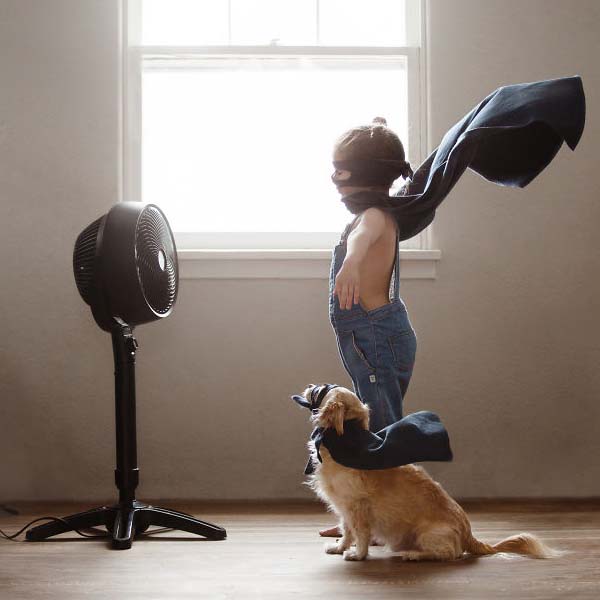