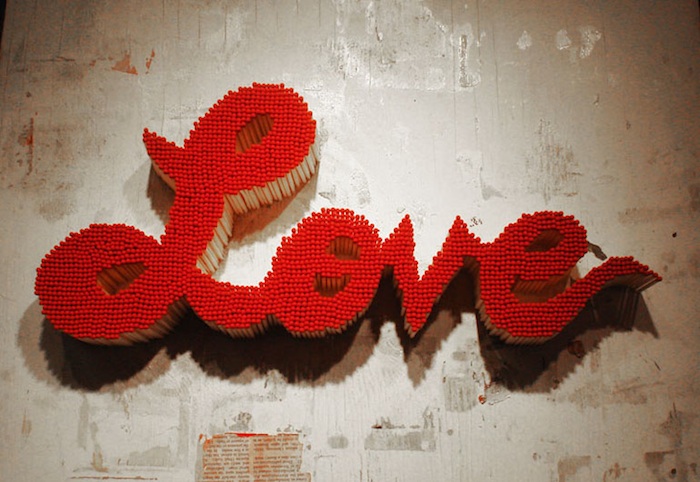 Chicago-based architectural designer and multimedia artist Pei-San Ng has an interesting hobby. “I love making models out of sticks,” she says. “With limited resources, Nathan (her husband) suggested using matches instead of balsa. Thus began my matches series. With every piece finished, came an urge to burn it.”

Made up of about 2,500 match sticks and taking a total of 24 hours to complete, Ng created Passion, or the word love hand drawn and spelled out in vintage type. “Love on fire represents romance and passion or destruction and jealousy. It is raw and gritty,” she says. 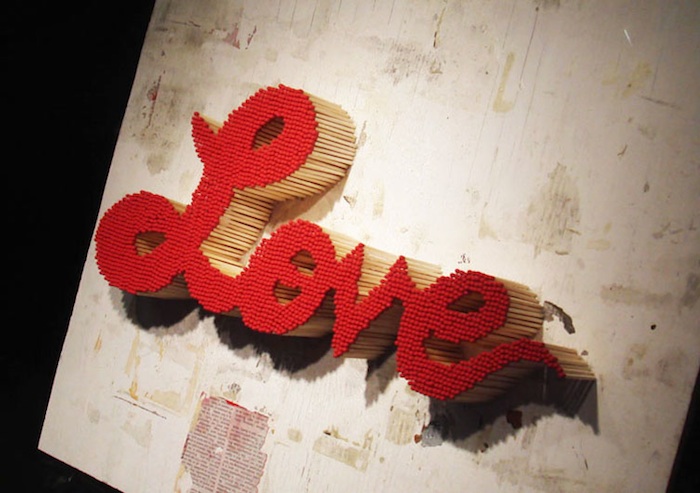 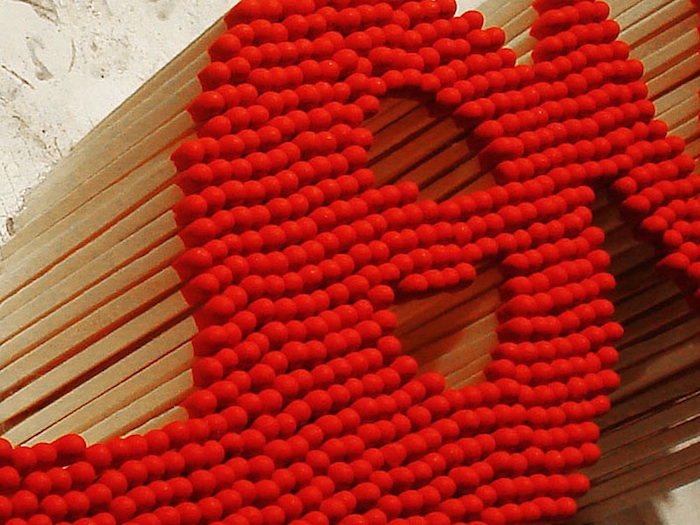 Compare that to this piece titled Crush, which is composed of shorter, pink vintage matches. “Crushes are small, cute, beautiful and there came many in our lives,” Ng explains. 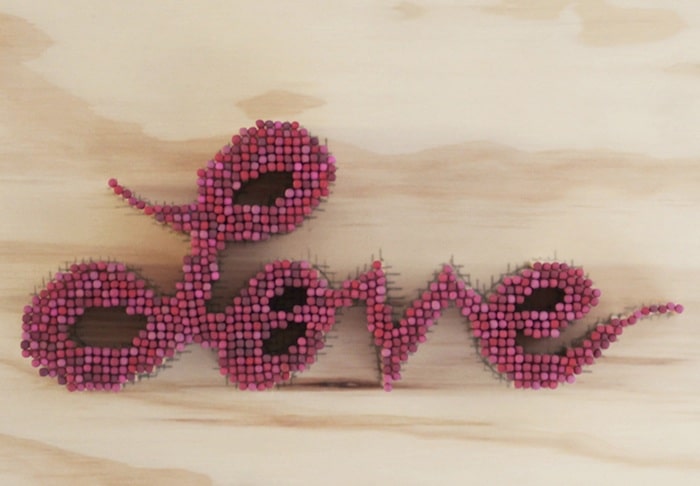 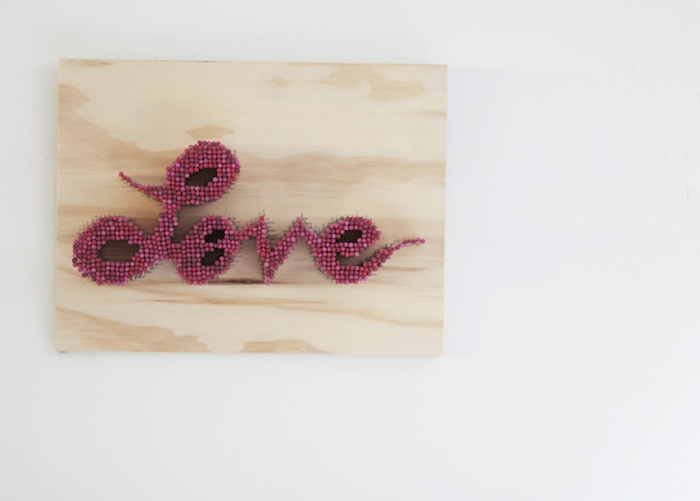 Bonus. In addition to her Love series, check out Ng's burning sneakers, which were made and then burned in honor of a deceased friend. “In Chinese culture, we burn paper money so the spirit can take these notes with them to the afterlife,” she says. “These papers are called joss paper. In contemporary culture, they have included paper cell phone, paper credit cards and paper boats. I made a pair of sneakers for Chris to take with. He loves his sneakers and he always have the perfect pair to go with his outfit. He was fashionable. These sneakers were in his Tribute show entitled “Tapedek: The Afters Cool Show” at CAD on April 9th, 2010. One of the pair was burned at the end of the show with a gathering of his friends.” 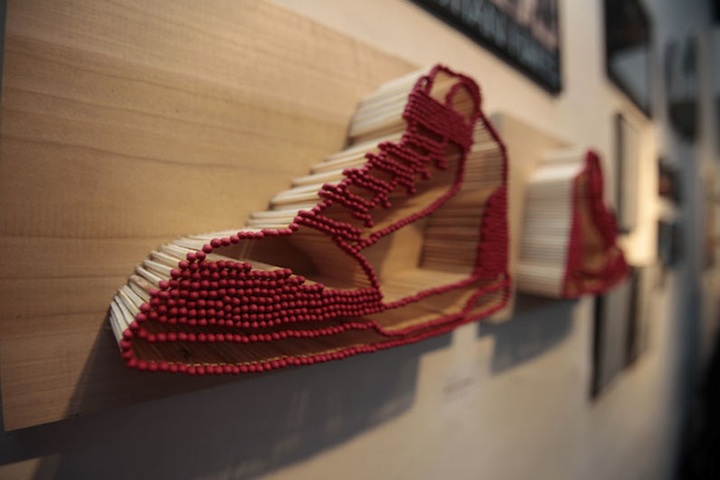 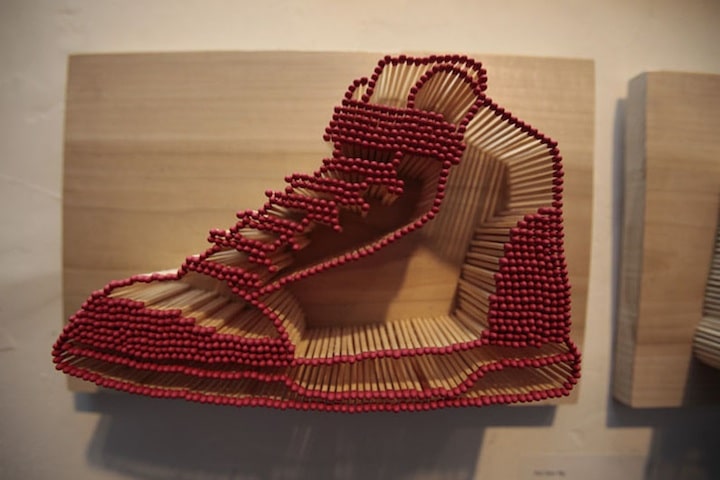 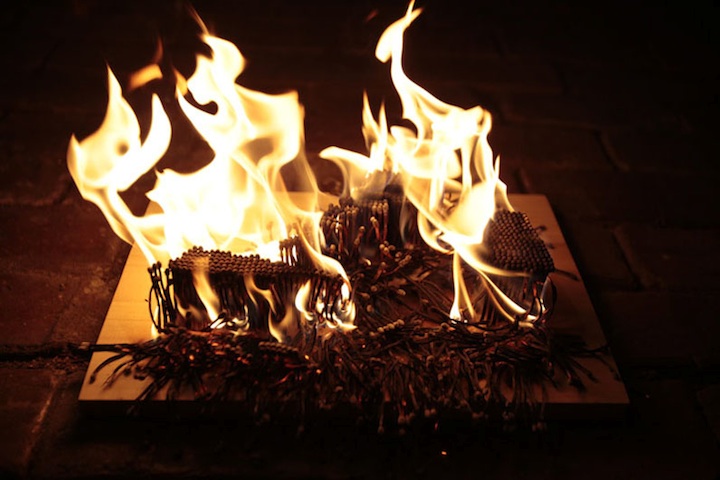 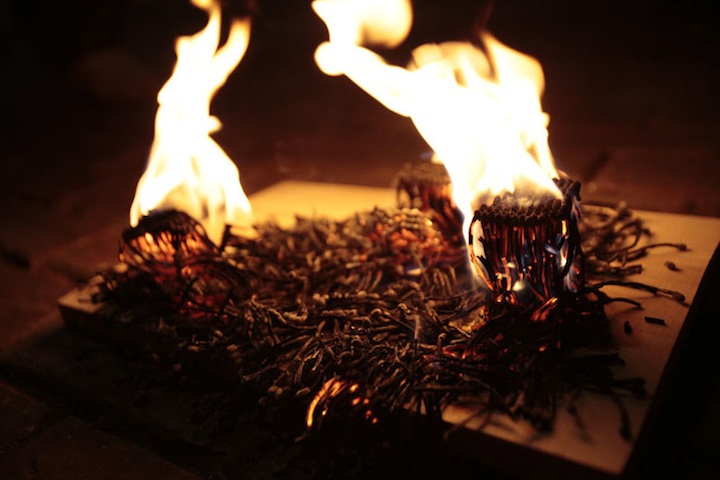