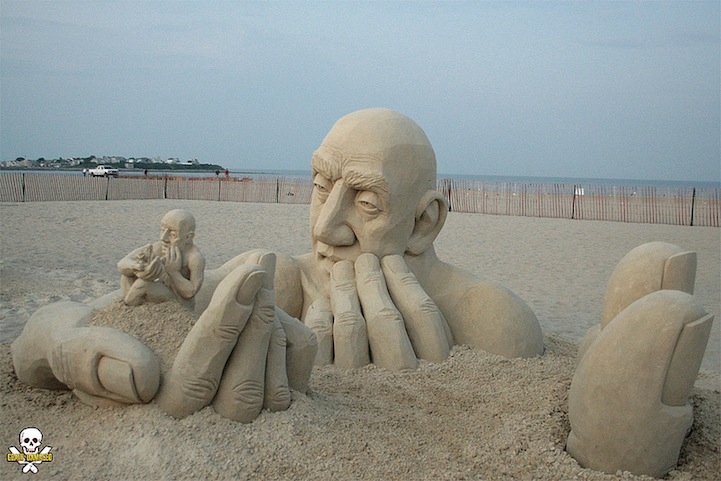 Summer is most definitely here in the northern hemisphere which means it's sand sculpting season and expert craftsman Carl Jara has already taken the gold medal for this year's Hampton Beach Master Sand Sculpting Competition with his mind-blowing creation titled Infinity. The massive meta structure, which took three days to complete, depicts five identical versions of a man holding himself in the palm of his own hand.

While the largest three-dimensional layer of the beach installation is the man's fingers creeping up from beneath the dunes, we get a glimpse of the figure's contemplative face as he reaches out again and again (and again) to reveal tinier versions of himself until there's nowhere smaller to go other than grains of sand. You can check out a time lapse video of Jara constructing his impressive sand sculpture, below. 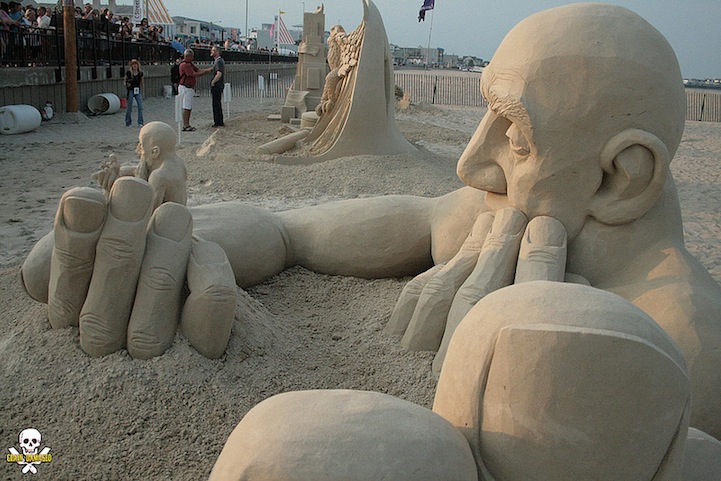 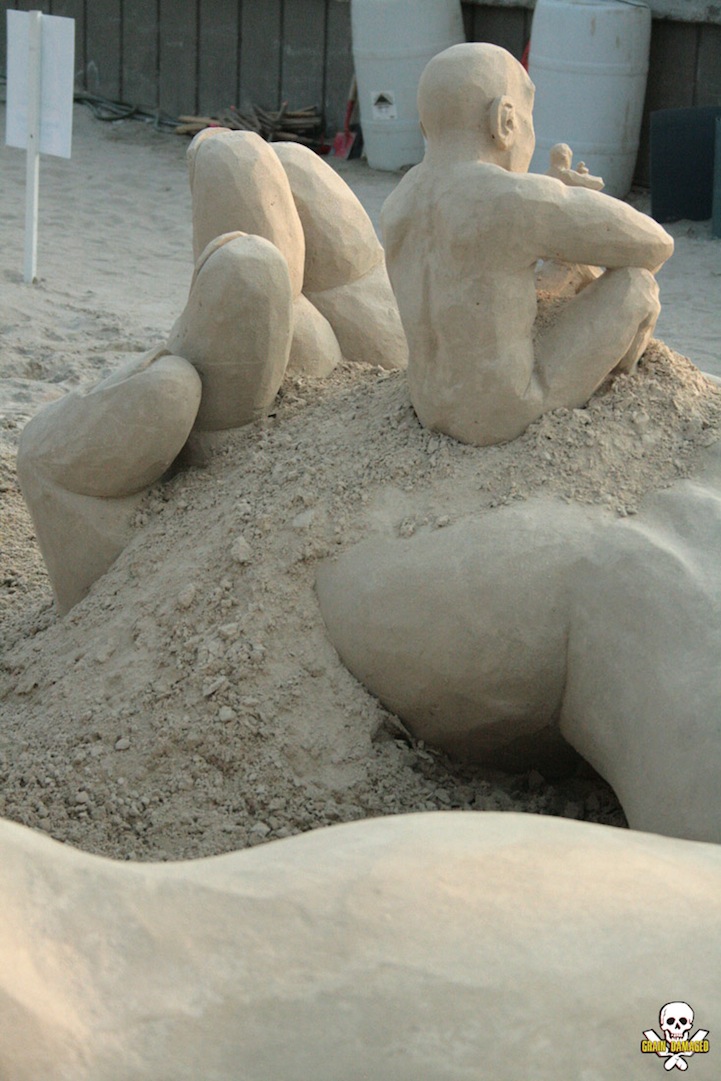 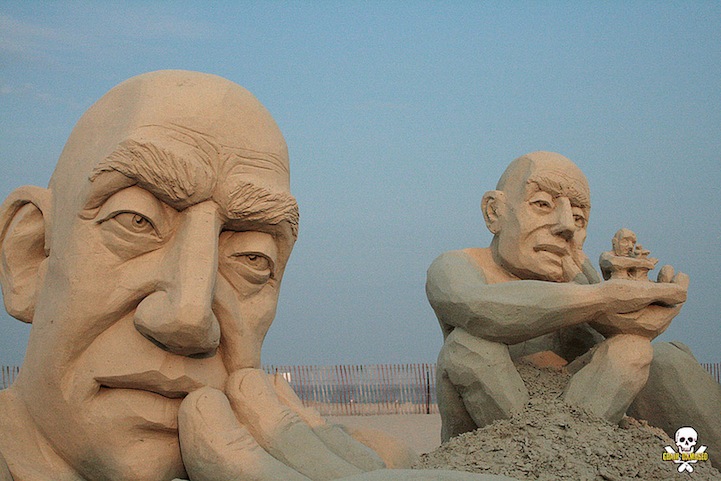 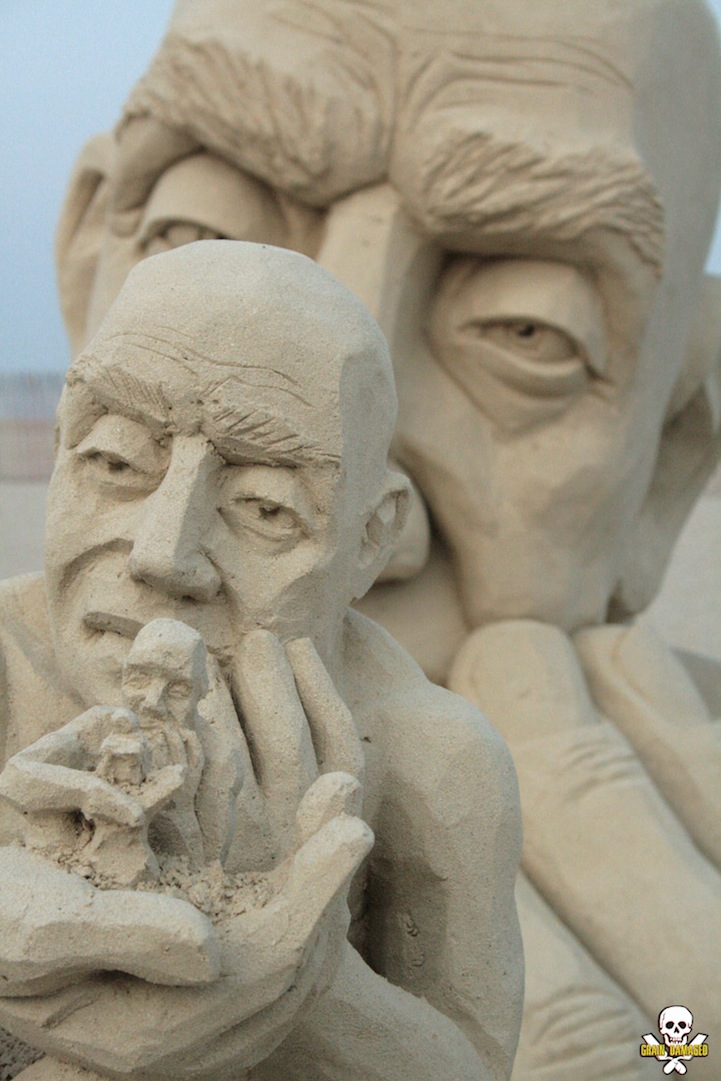 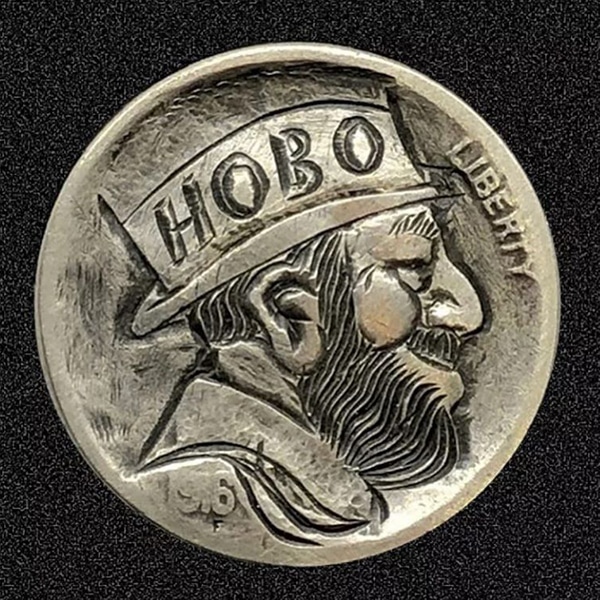 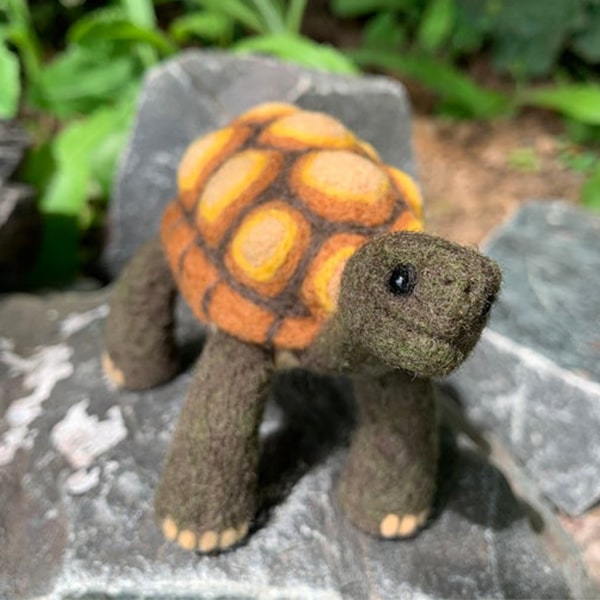