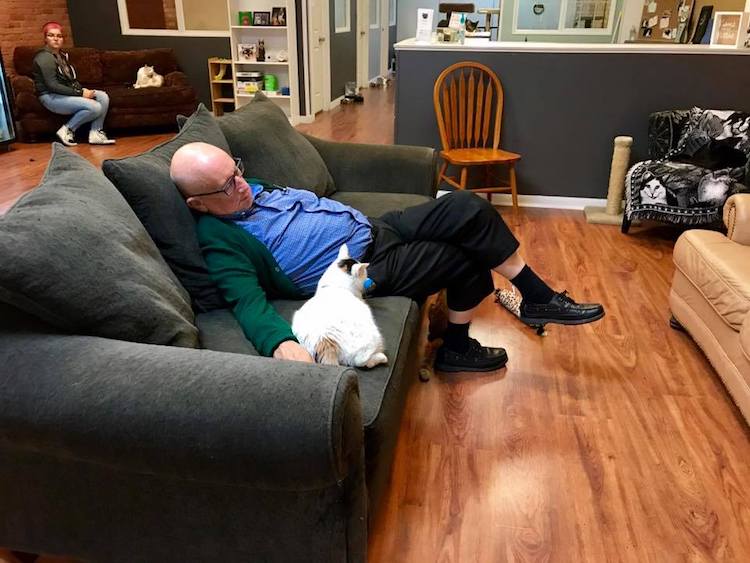 Animal shelter volunteers come in all forms, but few are like this man named Terry. The retiree gives his time to the Safe Haven Pet Sanctuary in Green Bay, Wisconsin, and they recently shared heartwarming photos of him as he napped with a few kitties on their couches. The adorable shots show the cats enjoying the cozy snuggles and using the volunteer as their own large pillow.

While sleeping on the job is usually frowned upon, Safe Haven is grateful for Terry’s napping ritual. “We are so lucky to have a human like Terry,” they explained on Facebook. “Terry just came along one day and introduced himself. He said he’d like to brush cats. Eventually, it became every day. He brushes all of the cats and can tell you about all of their likes and dislikes. He also accidentally falls asleep most days. We don’t mind—Cats need this! Terry is a wonderful volunteer.”

Safe Haven opened its doors in December 2016 as a nonprofit sanctuary for felines that have disabilities and special needs that could put them at risk at other shelters. They are a cage-free environment and the interior looks like it could be the living room in someone’s home. “It helps them a lot to be socialized,” founder Elizabeth Feldhausen said. “So we’ve set it up in a way as to be psychologically pleasing to these animals who have been through so much.”

Terry began volunteering in early 2018 and over the last few months has started coming every day. “I’ve always liked cats,” he admits. “And I didn’t have cats as an adult. But when I retired I decided to do something fun and this place emerged. I had been volunteering at other shelters, but this place is special because no cages and the cats can feel taken care of in a friendly environment.”

Since going viral, Terry has continued to brush and comfort cats. People are calling for him to get on Instagram, but Safe Haven says that he doesn’t even have Facebook—he can barely keep up with his emails. “I don’t know if he realized how big of a deal it was,” Feldhausen said. “He said he hoped all those people [who shared, commented, etc.] would donate.” The shelter has since created Terry’s Fundraiser on Facebook as a way to donate in honor of this cat-brushing hero.

The Safe Haven Pet Sanctuary in Green Bay, Wisconsin has a super cat shelter volunteer named Terry who spends every day brushing cats… and later falling asleep with them. 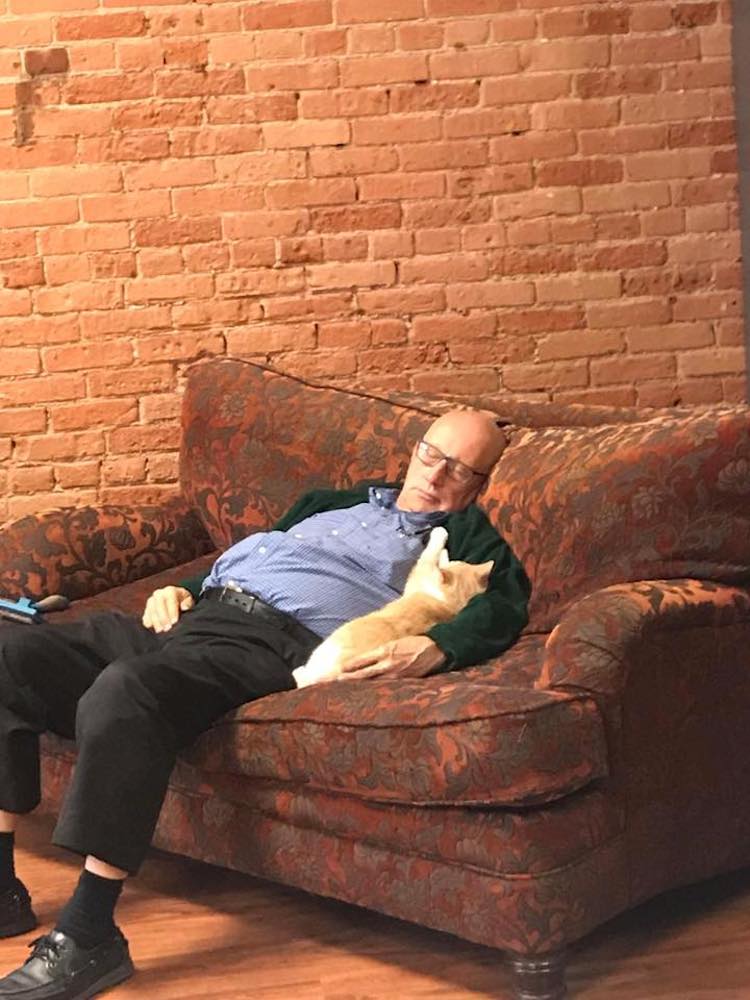 “We don’t mind,” the shelter admits. “Cats need this! Terry is a wonderful volunteer.” 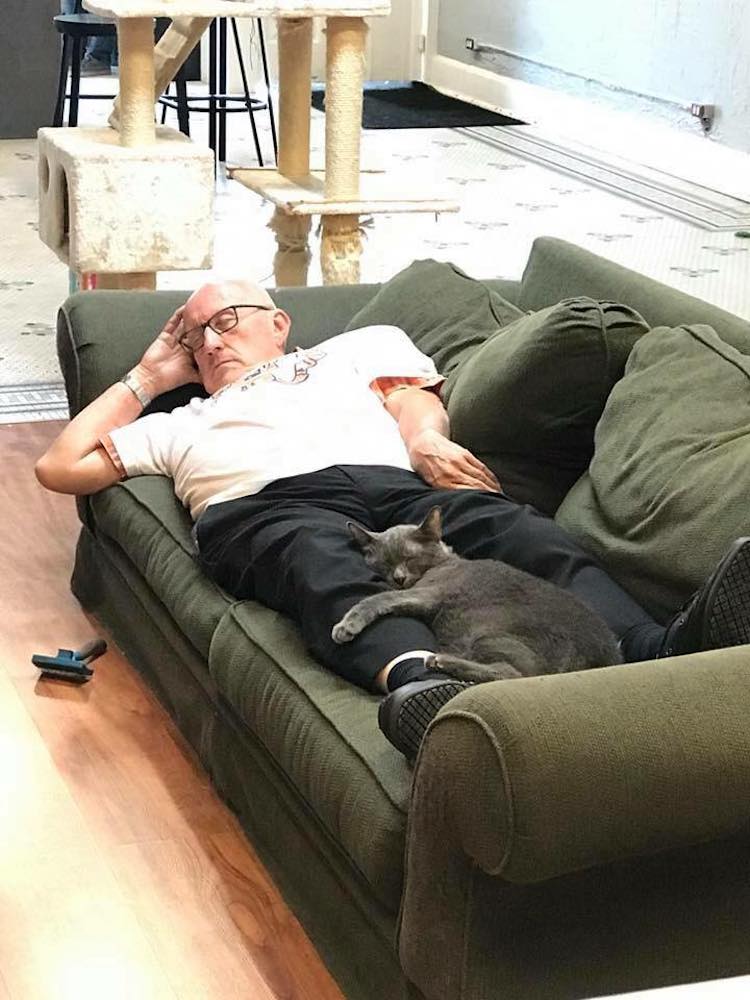 Terry and his story have gone viral, but don’t expect an Instagram from him anytime soon—this “cat grampa” is very low tech. Safe Haven did share this sweet video:

All images via the Safe Haven Pet Sanctuary.