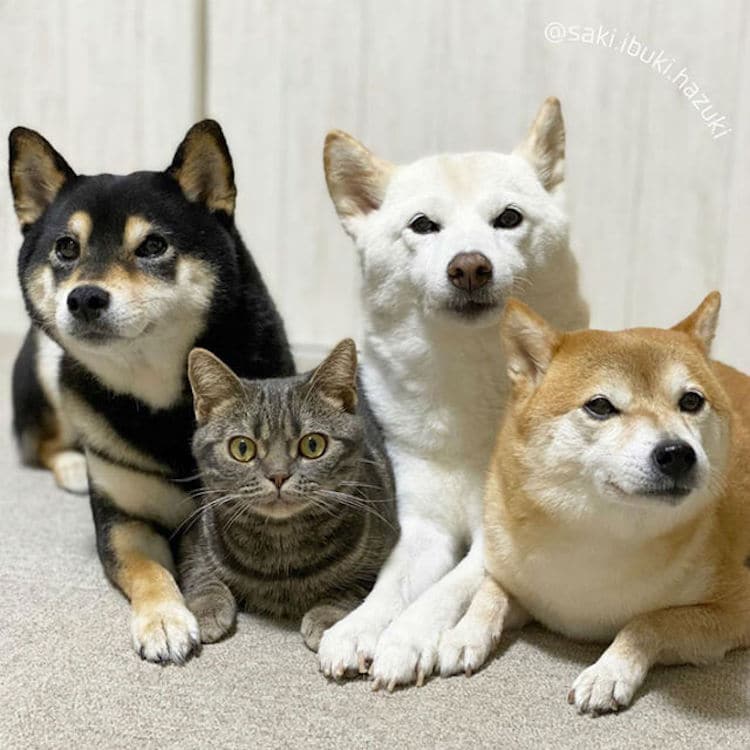 Cats and dogs typically have turbulent relationships, which is why people often say that quarreling siblings are fighting “like cats and dogs.” However, there’s one happy, furry family in Japan who's proving the saying wrong. Meet Kiki, the adorable American Shorthair cat who lives peacefully with his three Shiba Inu siblings; Saki, Ibuki, and Hazuki.

Not only does Kiki seem to enjoy the company of canines, but he actually acts like he’s one of them. The adorable tribe have their own Instagram page, where their owner shares photos and videos of them playing, eating, and even snuggling up together. The dogs seem completely unfazed by Kiki’s presence, too, and are captured happily sitting next to him.

While most cats do as they please, Kiki is just as obedient as his puppy pals. He’s captured posing in sync with his Shiba siblings for photographs, and is even seen mimicking their behavior in several videos. One video in particular shows the adorable group at mealtime. All four of them—including Kiki—are captured waiting patiently for the signal from their owner that they are allowed to begin eating, before chowing down in unison.

Check out photos and videos of Kiki, Saki, Ibuki, and Hazuki below. And if you can’t get enough of this super-cute pack, you can follow them on Instagram for more. 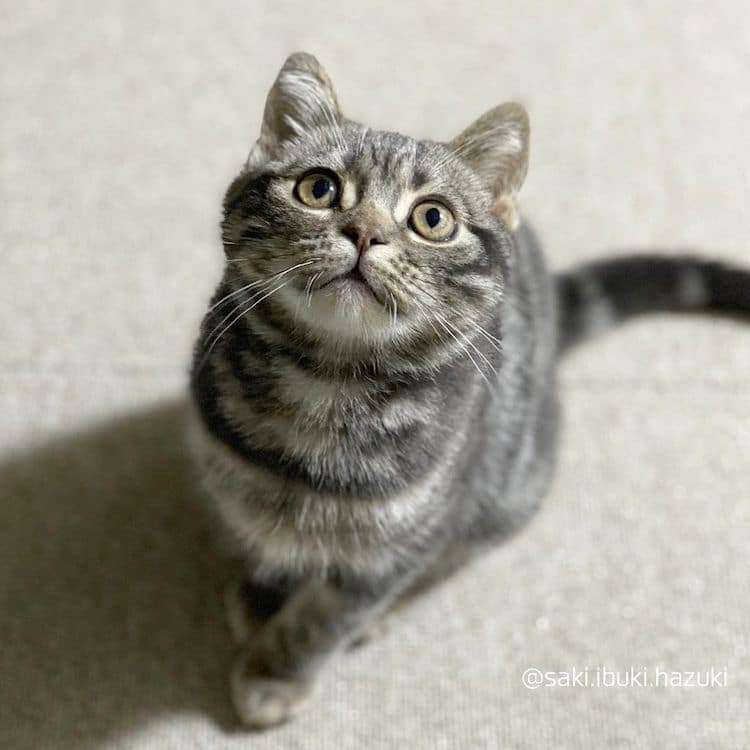 He thinks and acts like one of the pack. 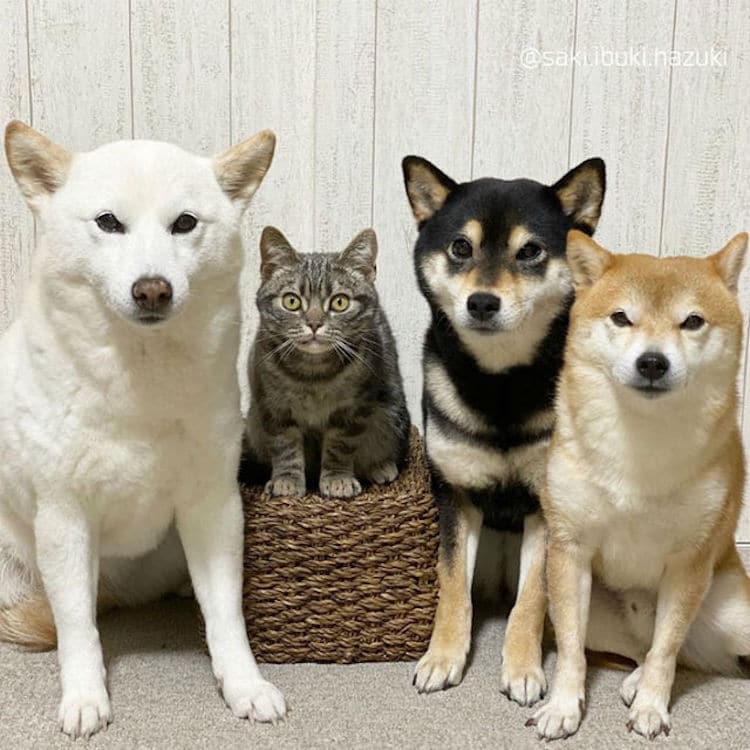 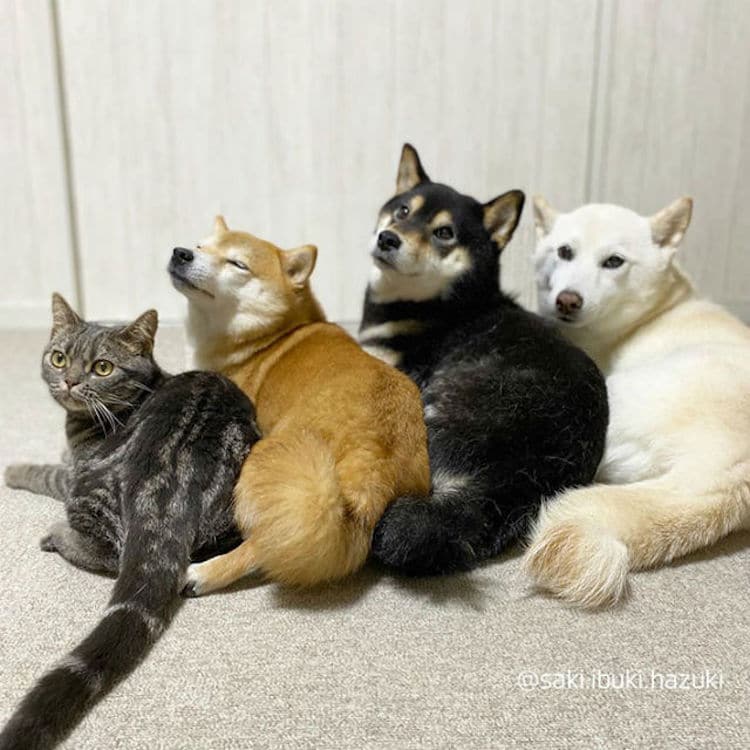 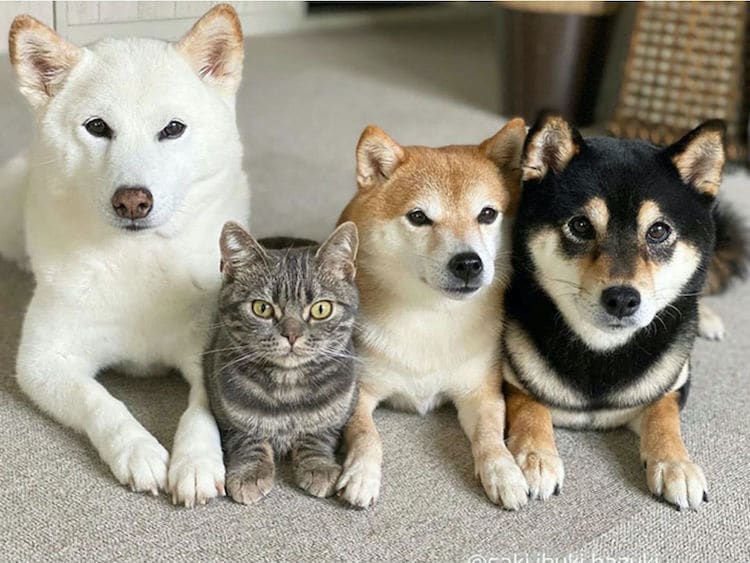 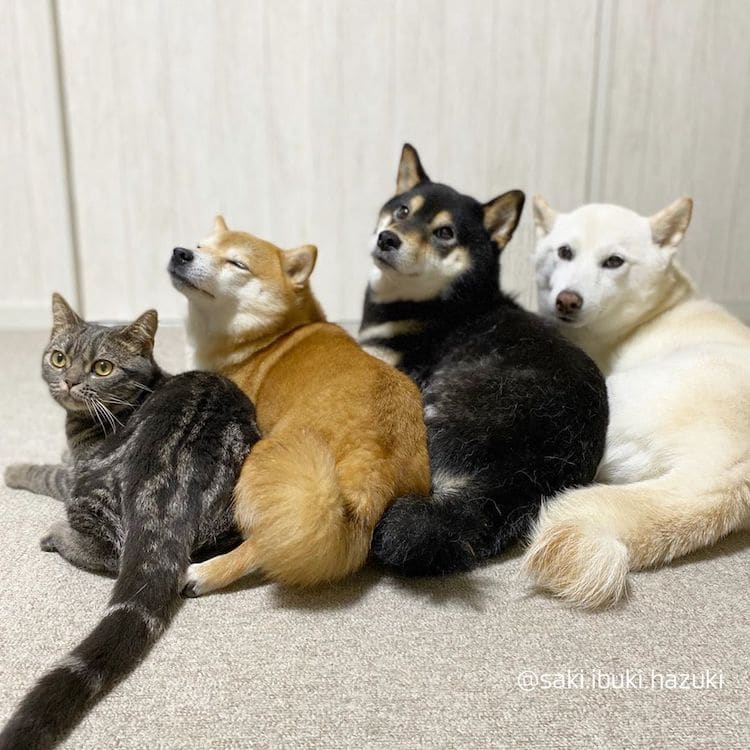 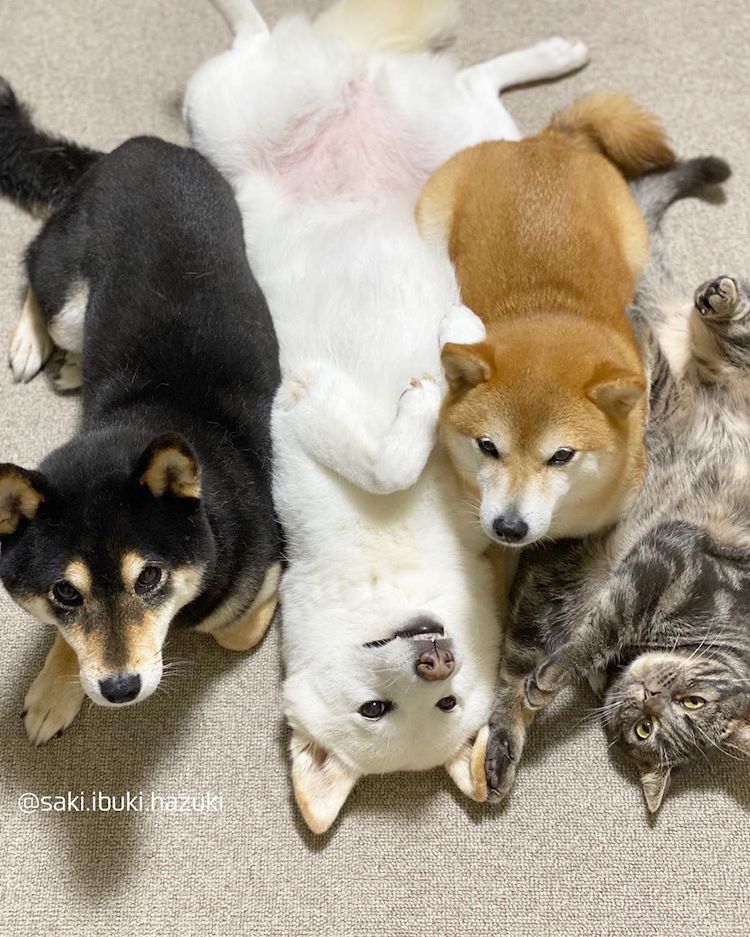 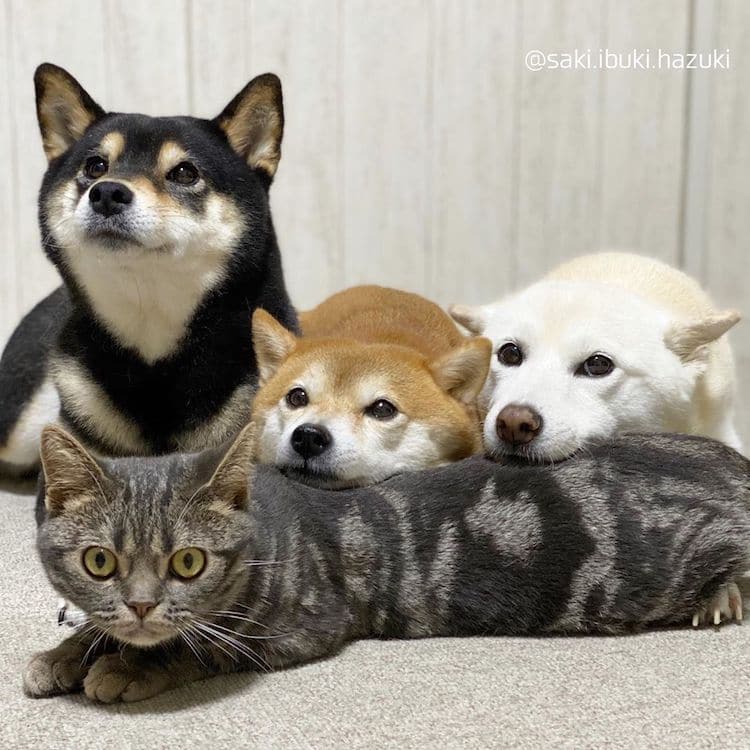 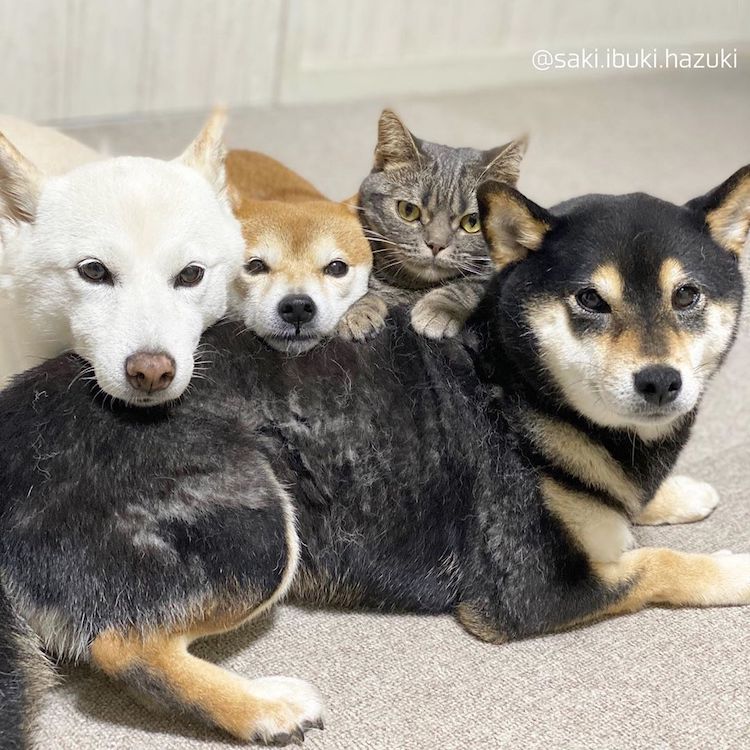 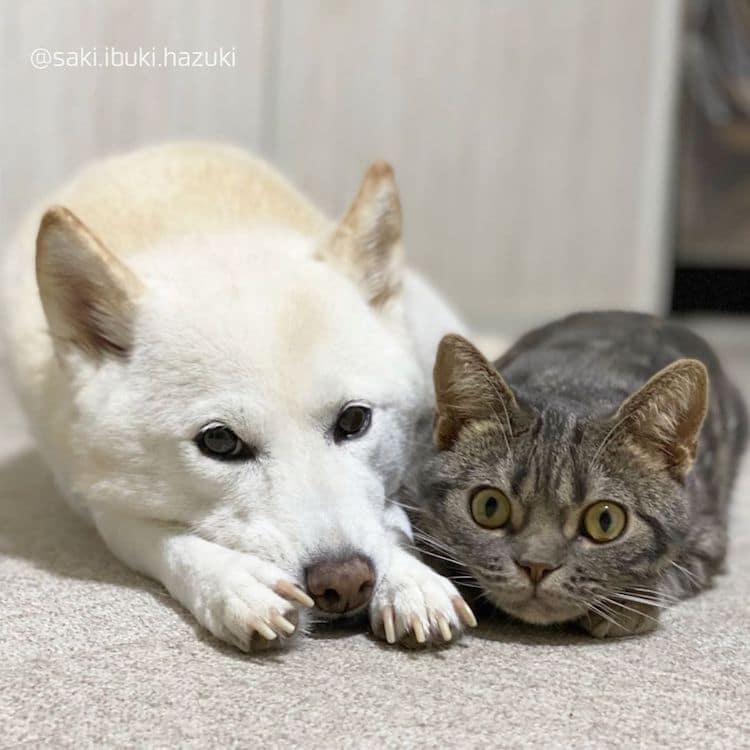 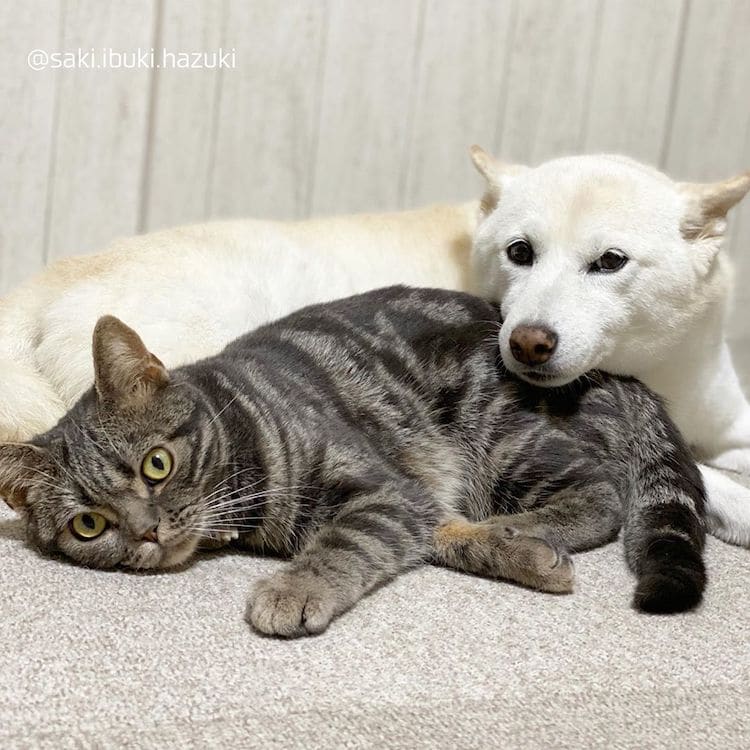 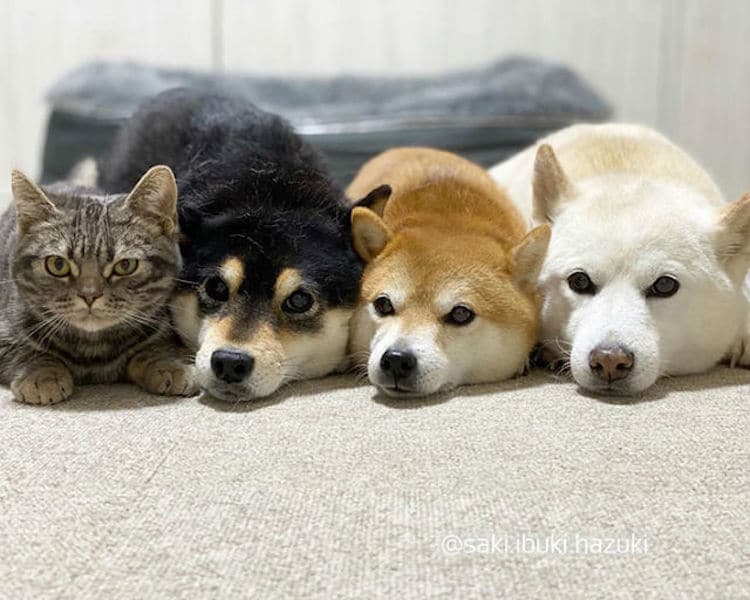 Kiki has even been trained to mimic the behavior of his canine siblings!

All images via @saki.ibuki.hazuki.

Adorable Pig Grows Up Bonding with Dogs, Thinks She’s a Puppy Too

How cute!? Share
Like My Modern Met on Facebook
Get Our Weekly Newsletter
Become a
My Modern Met Member
As a member, you'll join us in our effort to support the arts.
Become a Member
Explore member benefits
How cute!? 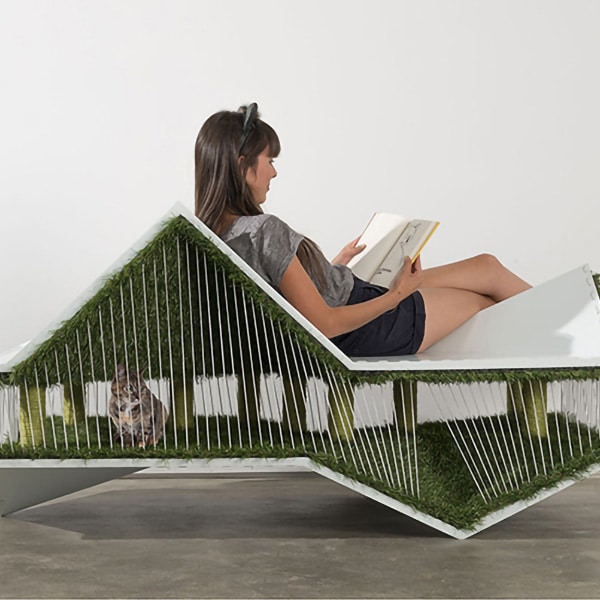 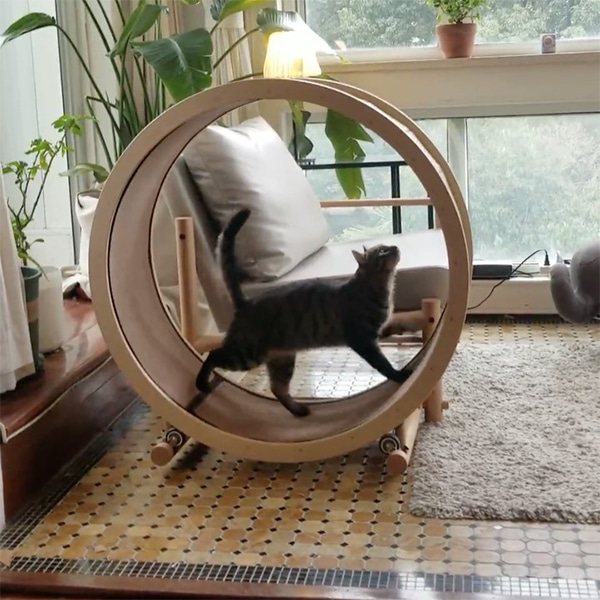 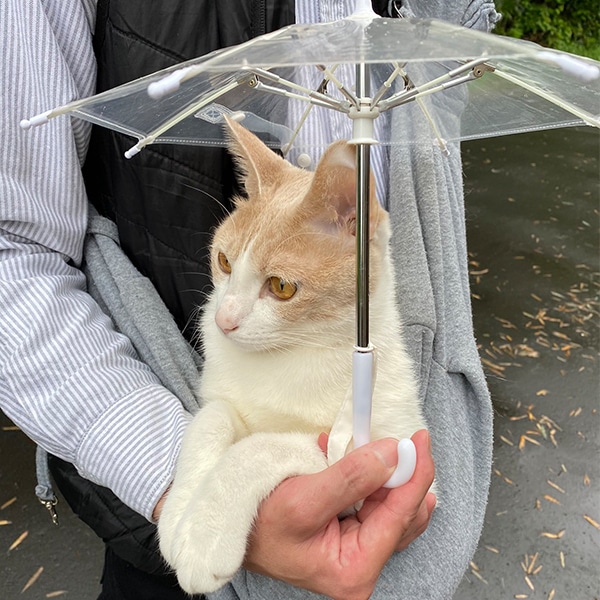 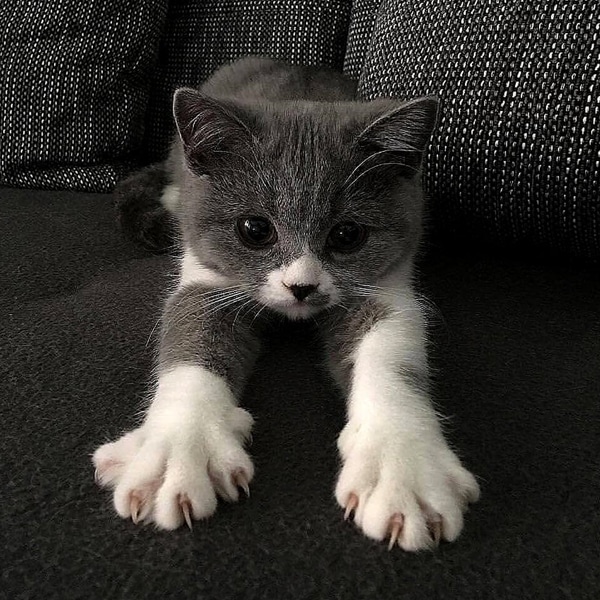 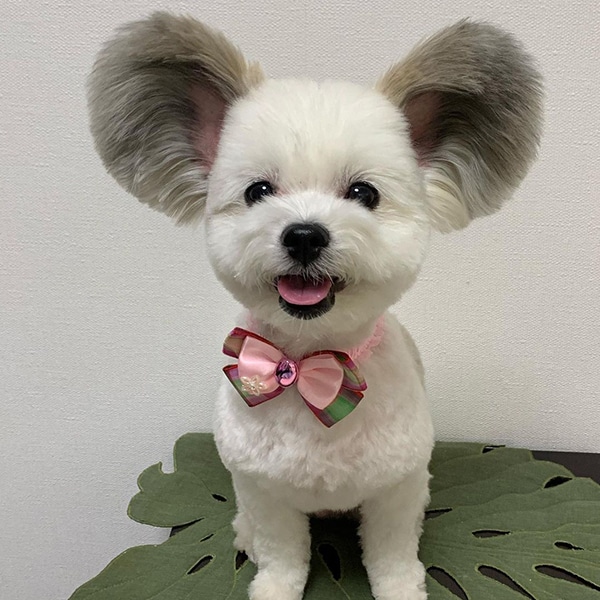 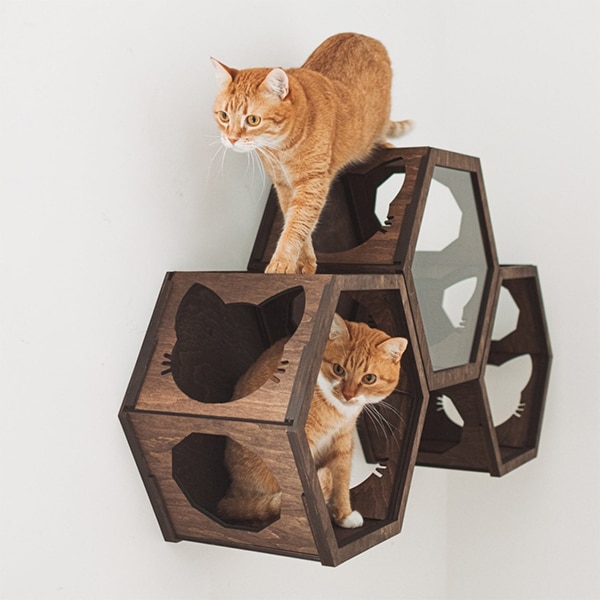 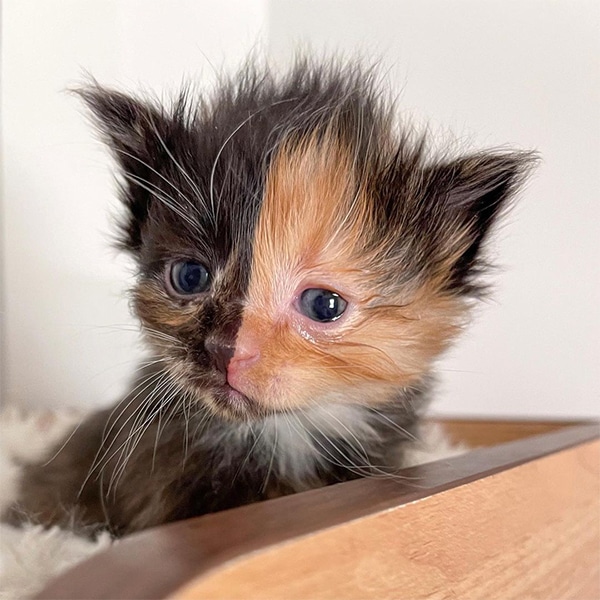