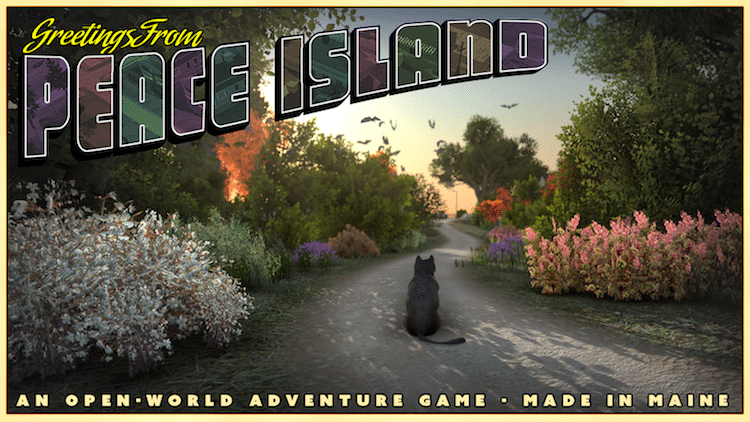 If you’ve ever wanted to see the world from a cat’s perspective, developer Eric Blumrich has created an open world video game that lets you do just that. Set on a remote island of Maine, Peace Island is a story-driven adventure game where players become cats that must work together to secure their future.

The game begins with a group of nine cats (Boy, Gary, Calinaigh, Anin, Girl, Zack, Ronan, Sushi, and Elizabeth) who wake up to discover their human companions have vanished. “At the start of the game, the world's your CheezBurger—relax in the sun, explore—but be sure to keep your stomach filled!” says Blumrich on his successful Kickstarter campaign. “Some of the other animals you meet on the island might not be as welcoming as you would like—gain their confidence to unlock new side quests, and ensure safe passage through their lands.” As the game progresses, each player has the opportunity to experience multiple storylines that lead to the ultimate final decision: “Are the humans worth bringing back?”

Each cat character has its own unique set of skills and weaknesses, and players can return to each unlocked feline as and when the story requires. Blumrich reveals, “Peace Island is also a personal homage to the beauty of Maine Islands, and to the cats who I have been lucky enough to meet and share my life with.” While exploring the land and abandoned buildings, cats will discover the secrets of the humans, through documents and artifacts left behind.

Since Blumrich launched the Kickstarter campaign for the Peace Island game, it has been backed by 345 people and raised $13,098, surpassing his goal of $7,000. The game is currently in development for Mac, PC, and Oculus VR systems, and a BETA version is due to be released by the end of July 2019. You can find out more about Peace Island on Kickstarter and continue to support the project on Patreon. 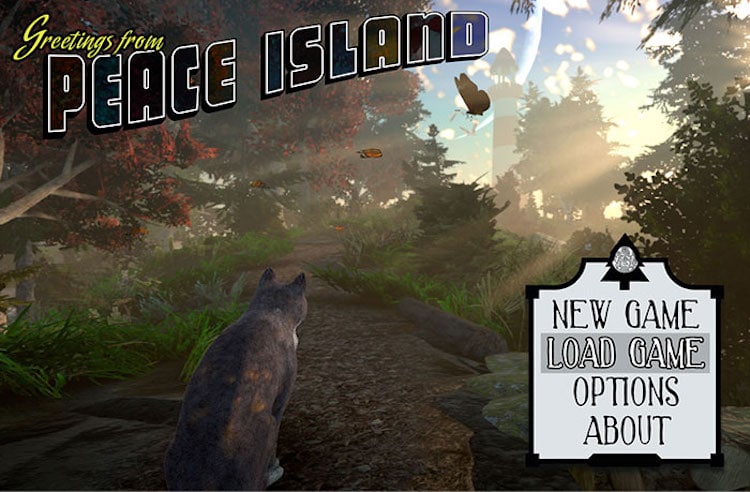 Set on a remote island of Maine, Peace Island, the cats wake up to discover their human companions have vanished.

Players experience multiple storylines that lead to the ultimate final decision: “Are the humans worth bringing back?” 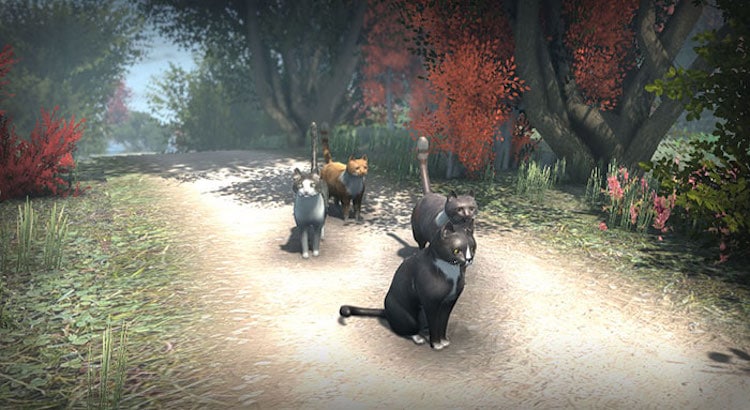 All images via Eric Blumrich.

Photos Shows the Evolution of Video Game Controllers Starting from 1983