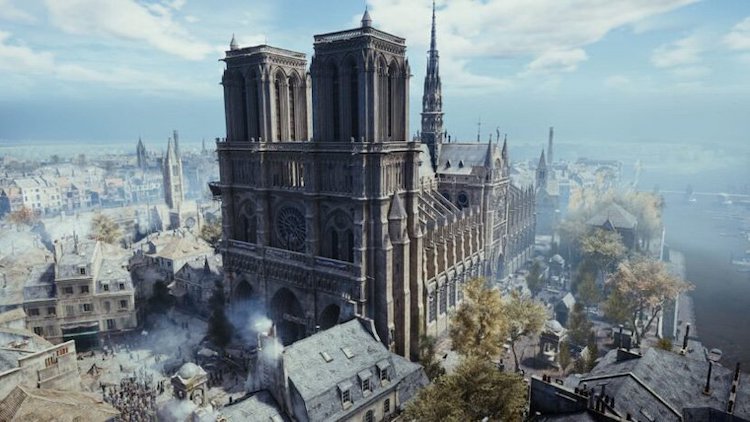 With the iconic Notre-Dame Cathedral set to undergo extensive renovations after the devastating fire that ripped through the church. Donations are pouring in from around the world, led by François-Henri Pinault's $113 million pledge, as officials begin to make sense of how to begin the rebuilding process. Interestingly, one fantastic source of information isn't coming from history books, but rather a video game.

Ubisoft's Assassin's Creed series is known for the accuracy and authenticity of its historic settings, with different releases taking place during eras like the Italian Renaissance and the Ming Dynasty. In 2014, for Assassin's Creed Unity, the action moved to Paris during the French Revolution. This, of course, required the inclusion of Notre-Dame.

Level artist Caroline Miousse was charged with ensuring every detail of the famed monument was accurate, from the spectacular stained glass windows to the details of Notre-Dame's iconic gargoyles. Though she'd never visited the cathedral in person, Miousse spent years looking over architectural plans and speaking with Ubisoft's staff historians in order to create an accurate depiction of the church. This included ensuring that the textures of the bricks were correct and discovering the exact paintings that would have been hung on the walls at the time. 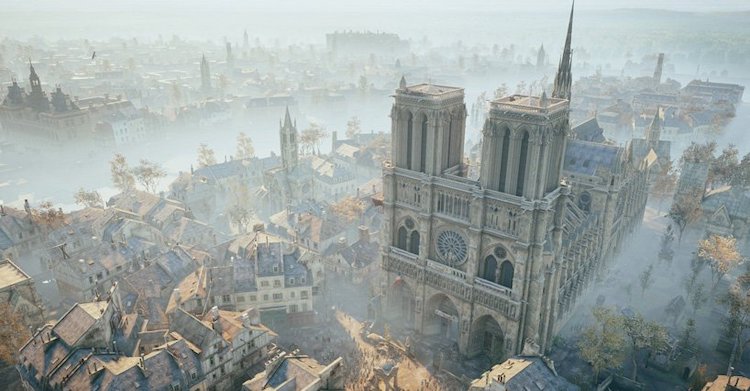 Interestingly, the one point of historical inaccuracy brings us full circle to the devastating fire. Notre-Dame's iconic spires, which fell dramatically during the disaster, weren't included in Miousse's original depiction of the church, as they weren't in place during the French Revolution. But the Ubisoft team realized that these memorable architectural features were such a part of the public imagination that people didn't recognize the church without them. In the end, the decision to include the spires in the video game was the one area of compromise.

After the game's release, Miousse finally got the opportunity to visit Notre-Dame. Once she stepped inside, she knew all the time and effort was worth it. “For me, it was a lot like visiting my home,” she told The Verge in 2014. In a show of respect toward Paris and its importance to Assassin's Creed, Ubisoft will be donating €500,000 (about $560,000) toward the rebuilding of Notre-Dame. They are also giving away Assassin's Creed Unity for free on PC until April 25, 2019. 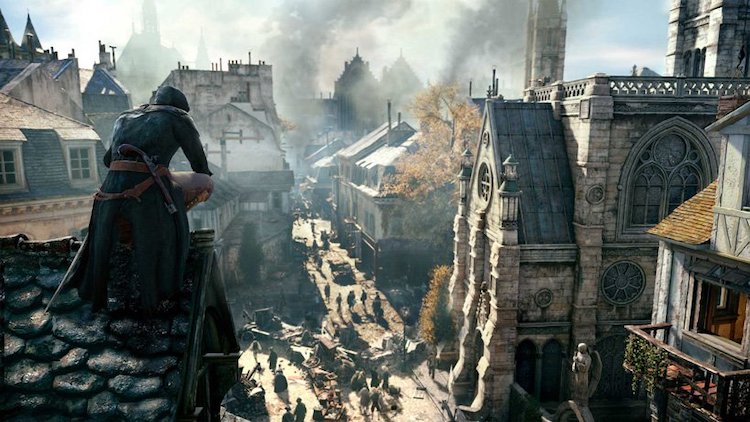 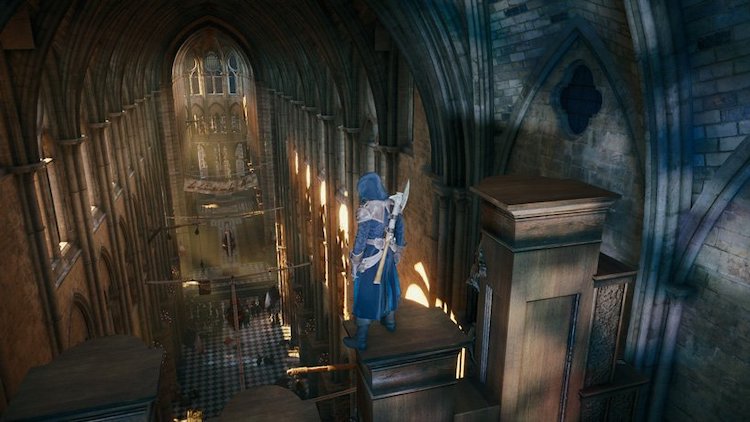 All images via Ubisoft.

Like the idea? Share
Like My Modern Met on Facebook
Get Our Weekly Newsletter
Become a
My Modern Met Member
As a member, you'll join us in our effort to support the arts.
Become a Member
Explore member benefits
Like the idea?