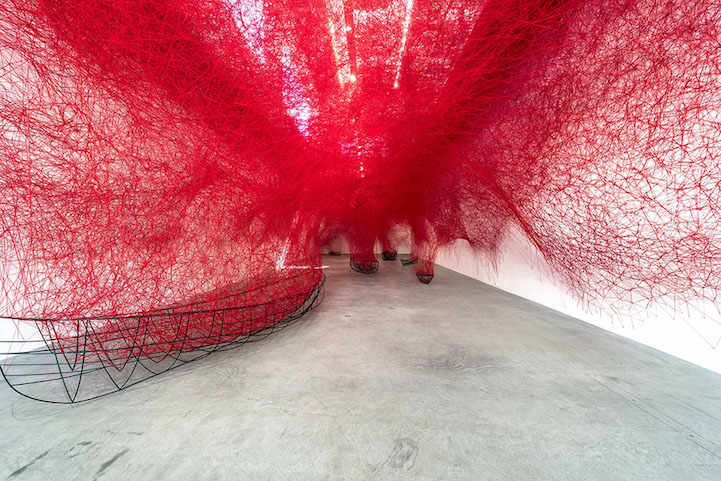 Artist Chiharu Shiota is known for her intricate, immersive installations that are meditations on the human brain and memory. Last year, she illustrated this idea by collecting 50,000 keys and stringing them along thread that engulfed the ceiling of a gallery. In a similarly awe-inspiring fashion, Shiota has created Uncertain Journey, a site-specific exhibition in which a dense web of scarlet-colored yarn swarms above stranded skeletal boats.

Shiota has given the network of thread a life of its own. Although it’s stable, the masses—denser in some areas than others—look as though they’re in motion, like they’re circling the space in one mesmerizing pack. This feeling of unrest alludes to the interior of the body as well as the neural connections in the brain. Shiota intends for this symbolism to reveal our existential side and make us question the notions of fate and belonging with “ideas that can be as complex as the tangled yarn itself.”

Uncertain Journey is now on view at Blain|Southern in Berlin until November 12, 2016. 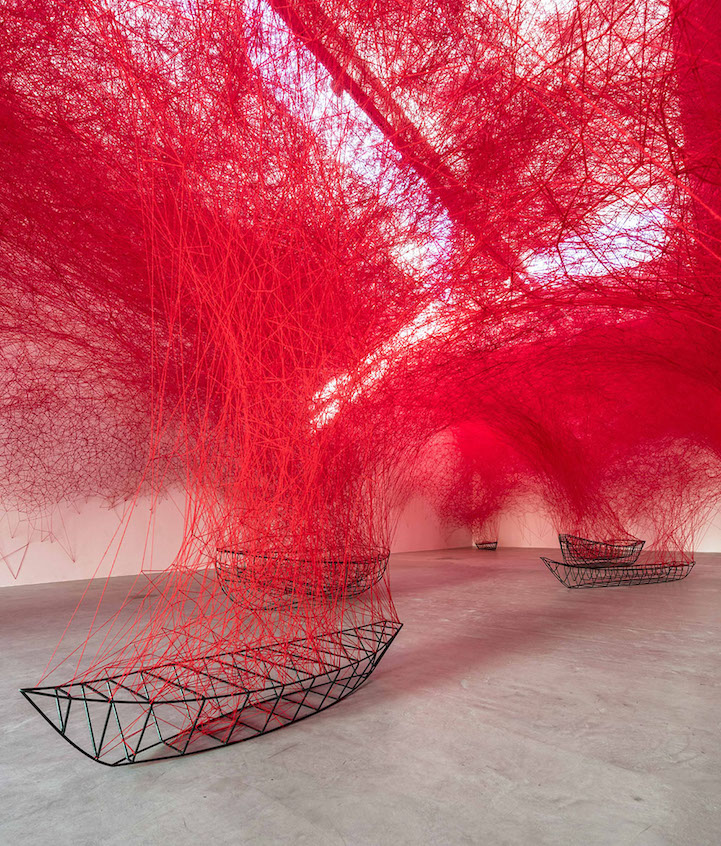 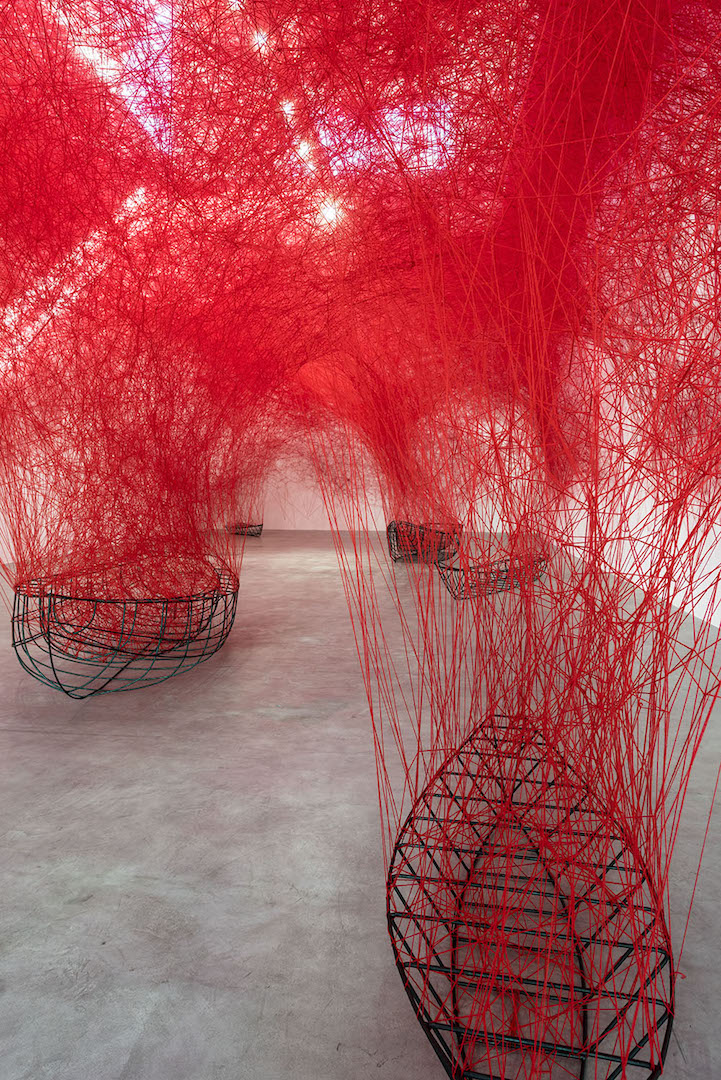 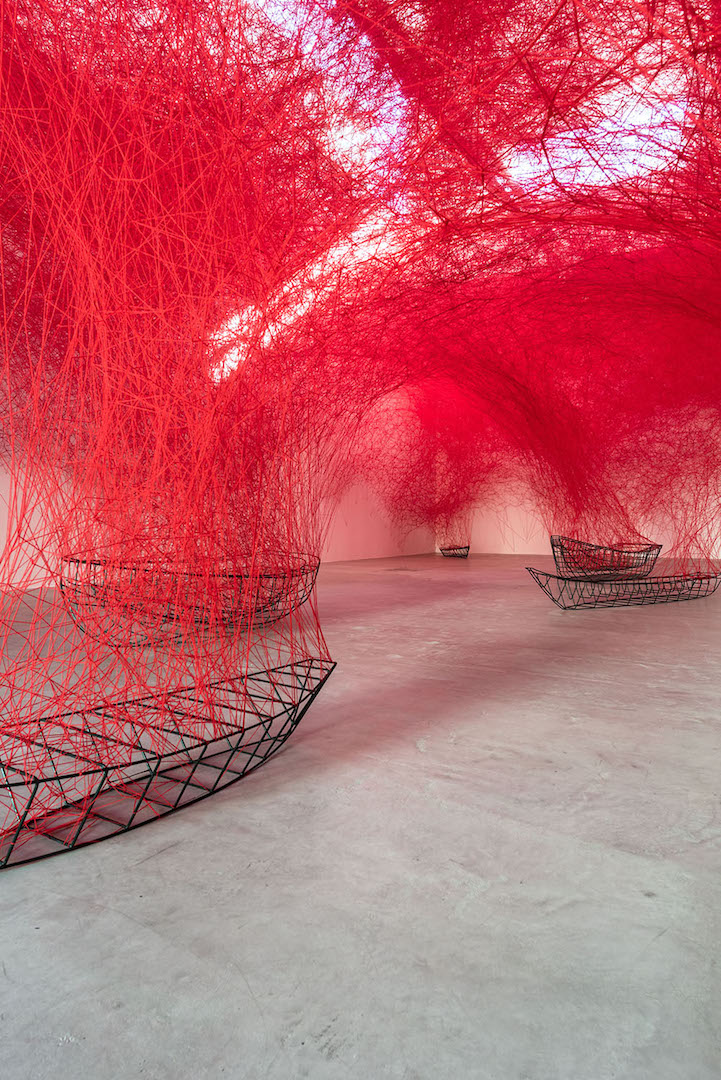 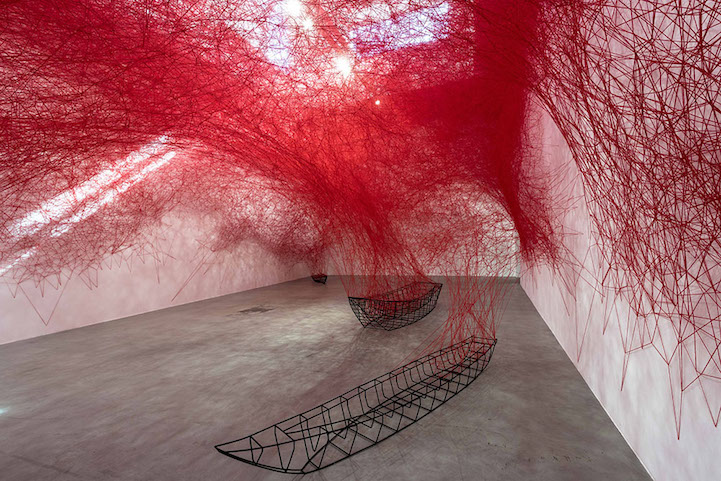