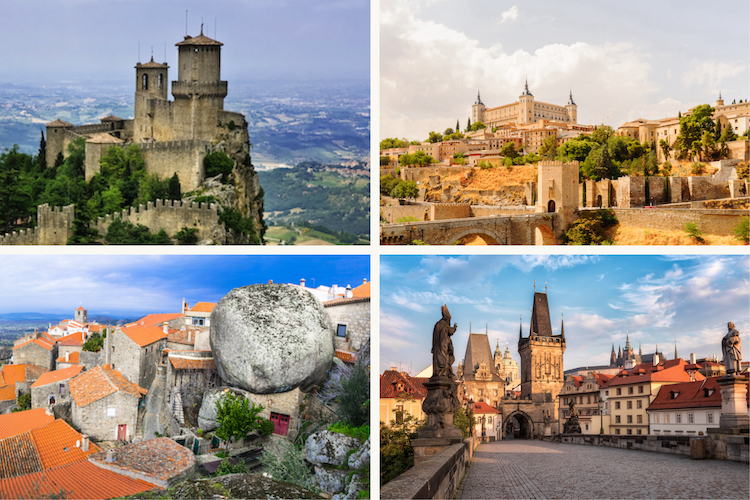 Medieval times—most often called the Middle Ages—refers to a period of about 1000 years between the fall of the Roman Empire and the onset of the Renaissance in Europe. The end of the iconic medieval era itself occurred over 500 years ago. For that reason, it’s even more impressive that tokens of that historic time have survived to the modern-day. In fact, it’s not just small artifacts or weathered shards of history that have been preserved, but entire medieval cities that remain standing to this day.

As if pulled straight from the pages of a storybook, these historic locales will transport you back in time, to an age far removed from our own. Though an article listing the entirety of medieval cities dotting Europe’s vast geography would likely fill an entire book, we’ve compiled a small selection to pique your curiosity. And it’s quite possible that you are very familiar with a few of them.

These European cities are living museums of medieval times, and they are so well preserved that you can still visit them today.

Often referred to as “Venice of the North,” Bruges is considered one of the best-preserved medieval cities in Europe. The city was a major center of trade and culture during its golden age from the 12th to 15th centuries, though it experienced a gradual decline in its prosperity after the year 1500.

With the majority of its medieval architecture remaining intact, it’s easy to feel as if you’ve been transported back in time when faced with Bruges’ beautiful gothic cityscape. In the year 2000, its historic city center was declared a UNESCO World Heritage Site. And after a period of revitalization during the latter half of the 19th century, it has become a major tourist destination.

This fortified medieval city truly looks like a picture straight out of a children’s storybook, with tales of valiant knights and impossible quests. Carcassonne’s imposing fortress walls measure around 1.9 miles long with 52 monstrous towers strategically placed throughout its length. This impressive structure was designed as a stronghold to protect the city from attacks, and it has a long and storied history of many battles won and lost.

Many years after the medieval fortress was demilitarized by Napoleon Bonaparte under the Restoration, it had deteriorated to such a state that in 1849 the French government decided it should be demolished. However, thanks to vehement opposition from local citizens, it was instead preserved as a historical monument and later restored. In 1997, Carcassonne was also made a UNESCO World Heritage Site.

A very popular tourist attraction, Carcassonne competes with the fairytale medieval island village of Mont-Saint-Michel as one of the most visited medieval sites in France. 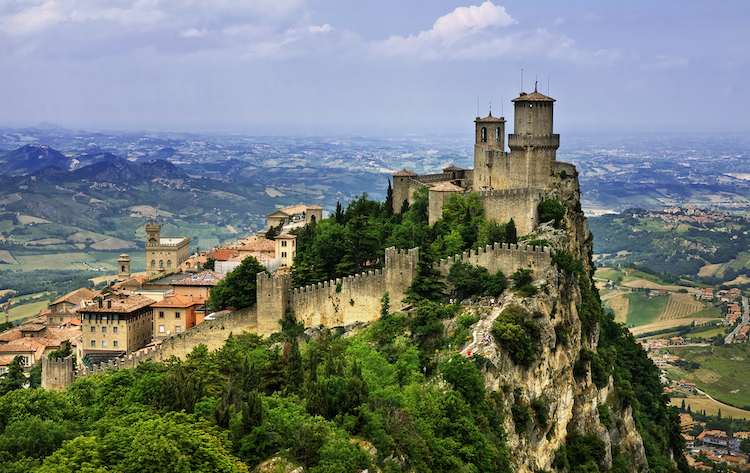 The City of San Marino is the capital of the Republic of San Marino—the only surviving city-state in Italy and an independent republic since the 13th century. It sits majestically atop Monte Titano, which is the highest point in the country. The heart of the city is surrounded by a fortress wall connecting its three watchtowers—built at different times between the 11th and 14th centuries to protect the city from outward threats.

The city still exists today, remarkably preserved and relatively untouched in its medieval state. Partly for that reason, the Historic Centre of San Marino on Mount Titano also makes the list of UNESCO World Heritage Sites.

While this may not look like your typical medieval town—with prominent church spires and a hulking border wall dotted with imposing towers—the quaint village of Monsanto is truly a medieval gem preserved in the mountainside, seemingly frozen in time. In addition to its medieval architecture—in both Romanesque and uniquely Portuguese Manueline style—Monsanto’s most striking feature is the plethora of gigantic boulders that define its landscape.

Rather than move the boulders or break them apart to use as building materials, Monsanto’s early inhabitants instead constructed the village around them, even incorporating some into their buildings’ structures. As a result, some houses seem to be wedged between the enormous masses of stone, while others appear to be crushed beneath them. The streets are also too narrow to accommodate modern vehicles, so the preferred method of transport aside from walking is by donkey. 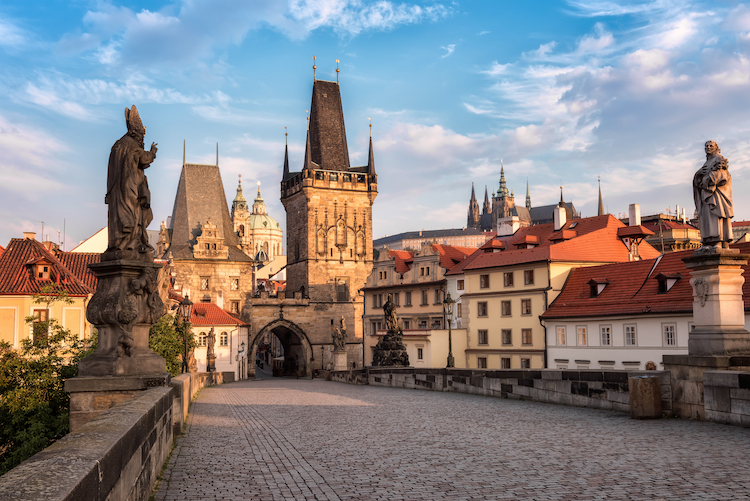 Prague is arguably one of the most popular tourist destinations in Europe. And thanks to the fact that it was left virtually undamaged by the events of WWI and WWII, it is generally considered to be the best-preserved large medieval city in Europe as well. Beautiful gothic architecture is a prominent feature throughout the city, but especially in the Old Town Square—which also makes the list as one of UNESCO’s World Heritage Sites.

As stated on UNESCO’s website, Prague’s historic center stands as “a supreme manifestation of Medieval urbanism.” It is even the location of the oldest medieval astronomical clock in the world that is still functioning. 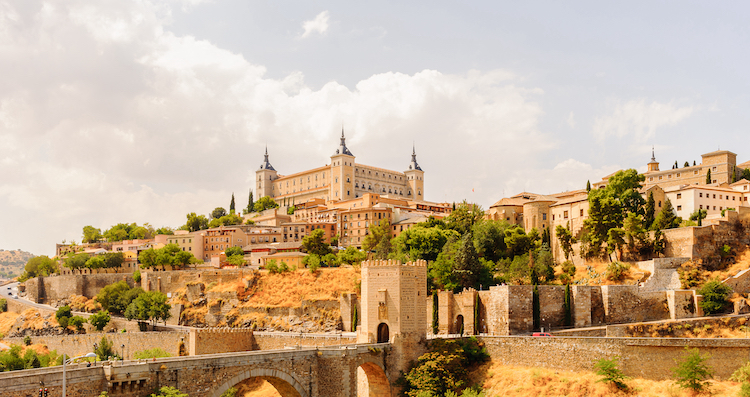 Declared a World Heritage Site by UNESCO in 1986, Toledo is perhaps one of the most intriguing medieval cities that still exists today. It is known as the “City of Three Cultures,” thanks to the influences of Christian, Muslim, and Jewish communities that dwelled there throughout history—at times coexisting peacefully. Consequently, not only will you find a magnificent gothic cathedral within its city walls but also Sephardic synagogues and gorgeous mosques, all dating from the Middle Ages.

It is incredibly easy to get lost in Toledo’s winding cobblestone streets as you immerse yourself in the beautiful history surrounding you. And with its extensive list of historic monuments, there is no end to the things you can do and see there. 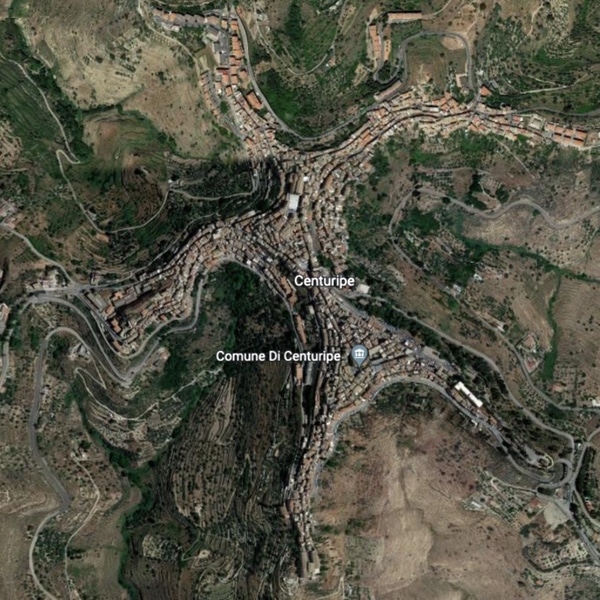 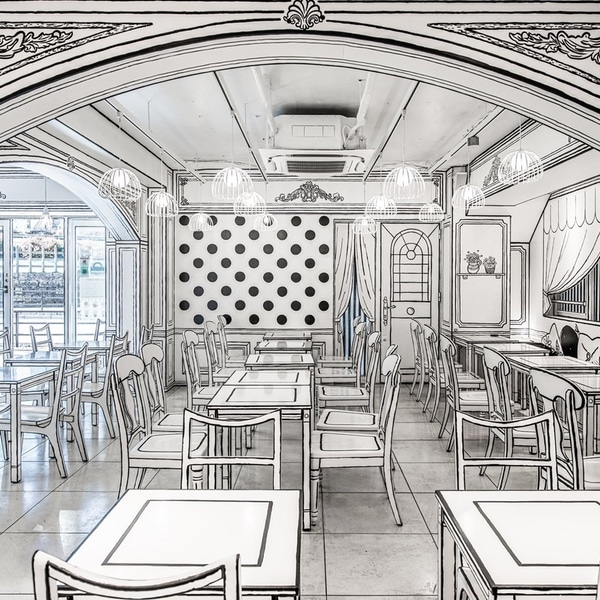 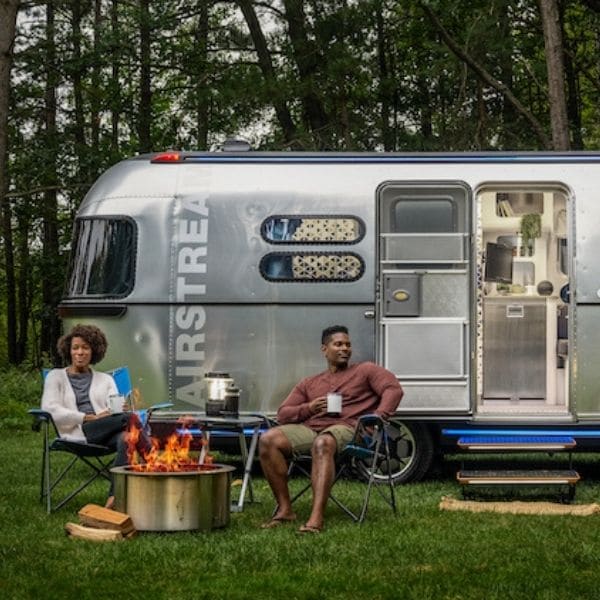