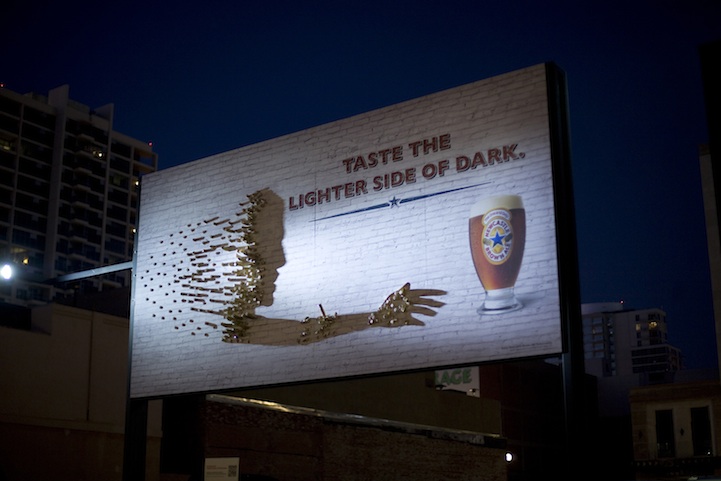 Though we can't help but think that Kumi Yamashita's shadow art was the inspiration behind this billboard for Newcastle Brown Ale, we must give the artists, Ellis Gallagher and Pablo Power, credit for a wonderful execution.

Using about 3,000 Newcastle bottle caps and a single light source, the artists have created a mesmerizing billboard that comes alive only at night. Watch as the bottle caps create a spooky 128 square foot shadow figure!

As one person said, “Great use of the product to create the board.”

Watch it all come together in this video. You can also see it for yourself at San Diego's Gas Lamp district through September 31, 2011.