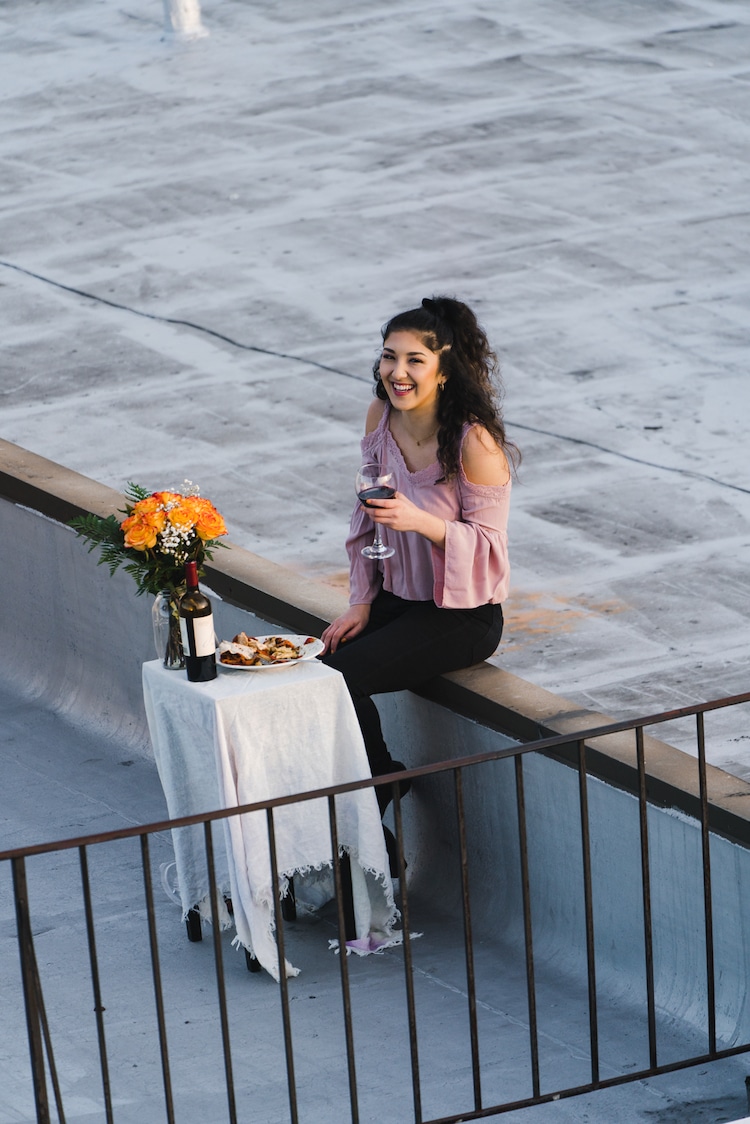 Love in the time of the coronavirus is tricky. It seems inconceivable that anyone would be able to flirt with a stranger—let alone meet them—and then start dating at a period when most of us are indefinitely stuck in our homes. But New York City-based photographer Jeremy Cohen and his neighbor Tori Cignarella have done it—and with a great meet-cute story to boot. It all started when Cohen looked out his window and saw Cignarella dancing on the roof of her apartment building next door. Knowing he needed to say hi, he waved to her, and she waved back.

Their interaction could’ve ended here, but Cohen decided to make the first of many romantic gestures. He grabbed his drone and wrote his phone number on a piece of paper. Cohen then taped the paper to the drone and then flew it down to her. Not long after receiving his number, Cignarella texted him, and he asked the “quarantine cutie” on a date—social distancing style, of course. Cohen worked with Cignarella’s roommate to set up a surprise dinner on her roof. Following the six-foot rule, each dined at their respective homes—Cohen on his balcony and Cignarella on her roof. They FaceTimed each other as they each ate their microwave dinners for one.

Cohen figured out a creative way to meet Cignarella on the ground for their second date. Shortly before seeing her on the roof, he had purchased an inflatable plastic bubble that he was going to wear while walking around the city and to “make people smile.” But after meeting Cignarella, he knew it would make for an unforgettable second date. So, much to her surprise, Cohen greeted her on the street while he was inside the bubble. They couldn’t have much of a conversation (due to the thick bubble walls), but they had fun laughing and walking the neighborhood.

Since then, the two have kept up their relationship. “Tori and I talk every day now,” Cohen tells My Modern Met, “through text/voice messages/FaceTime, etc. We get along super well and just take it day by day!” The unusual circumstance of their meeting has caused their story to be on the news and spread around the world. “It's strange timing to go viral,” Cohen tells My Modern Met, “but it makes me happy knowing that our story brought some feel-good news to the world when we need it most.”

It seems inconceivable that anyone would be able to meet a stranger and start dating as many of us are indefinitely at home during the coronavirus. But not Jeremy Cohen…

He spotted Tori Cignarella dancing on her roof and thought of an ingenious way to give her his number—via his drone.

They had a first date at a distance—she on her roof and he sitting on his balcony. 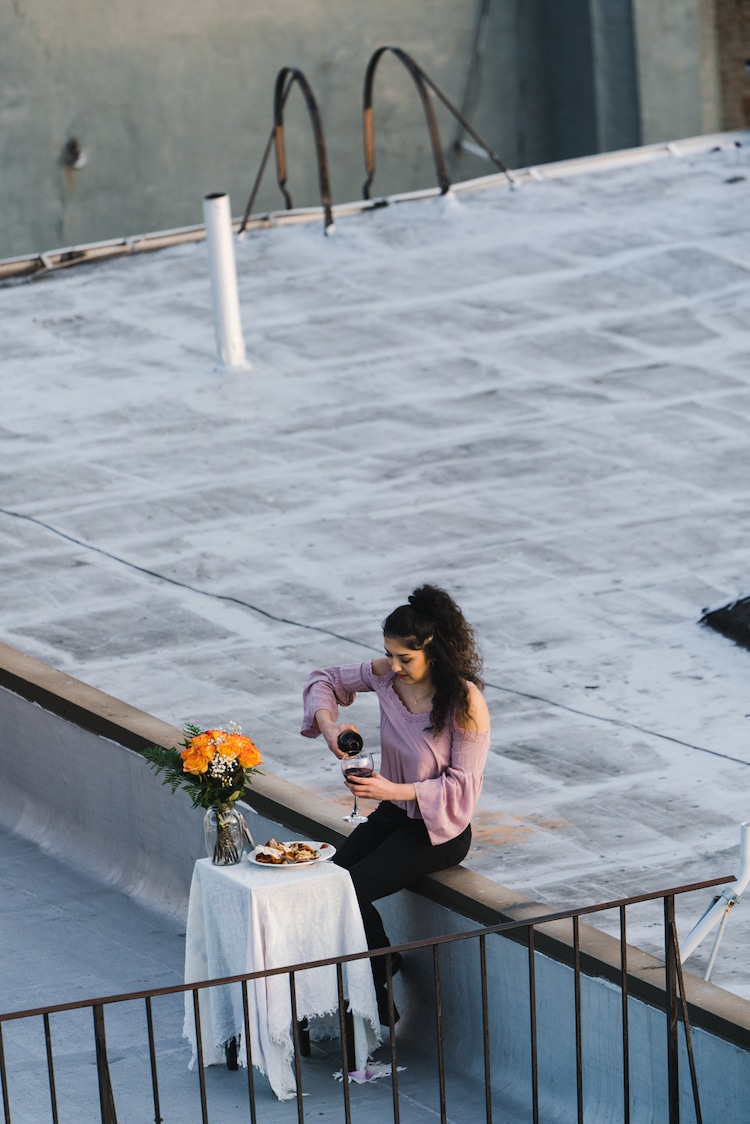 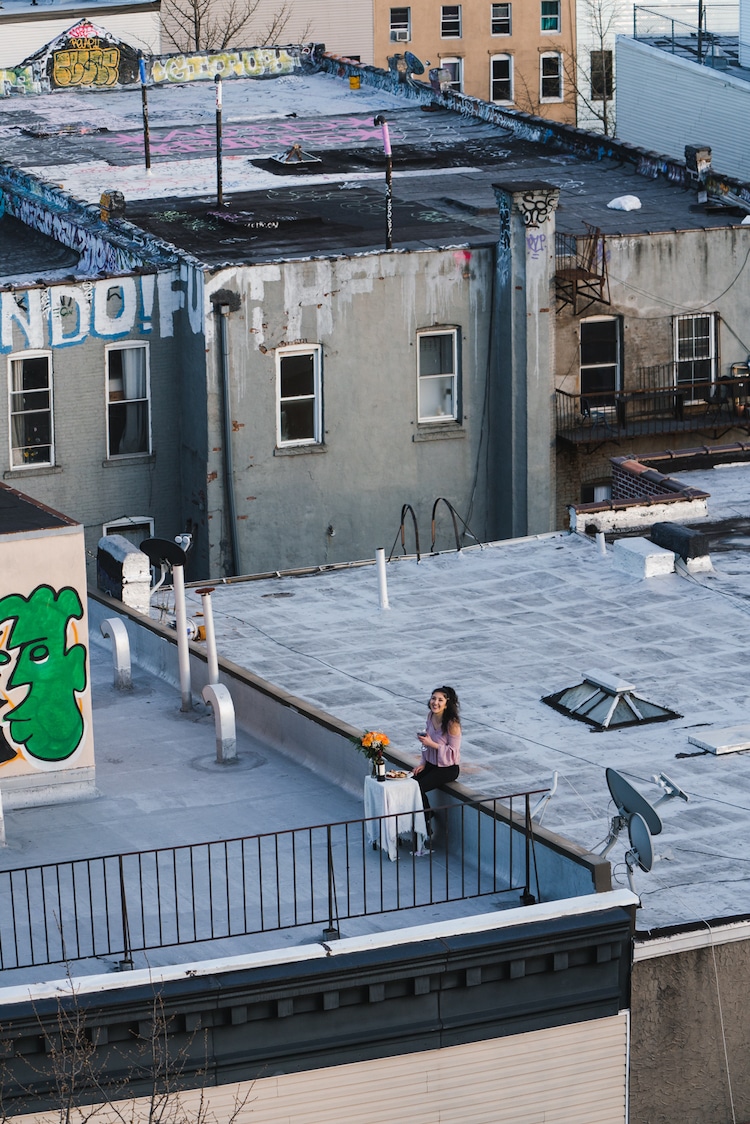 For their second date, they met on ground level but still managed to keep their distance as Cohen stayed in an inflatable bubble. 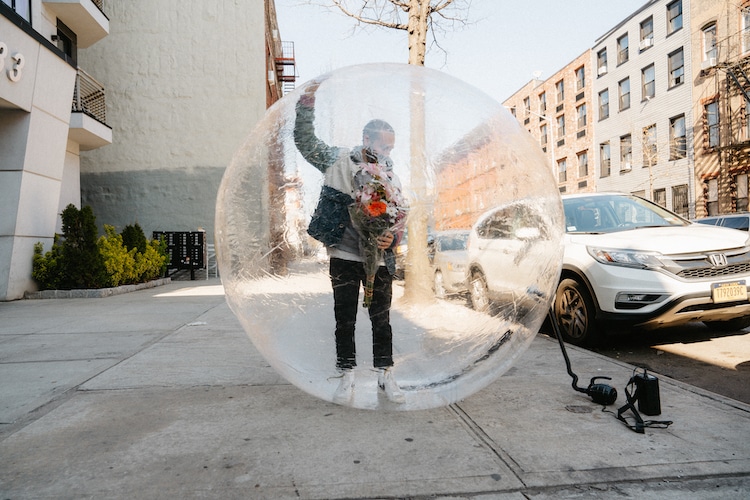 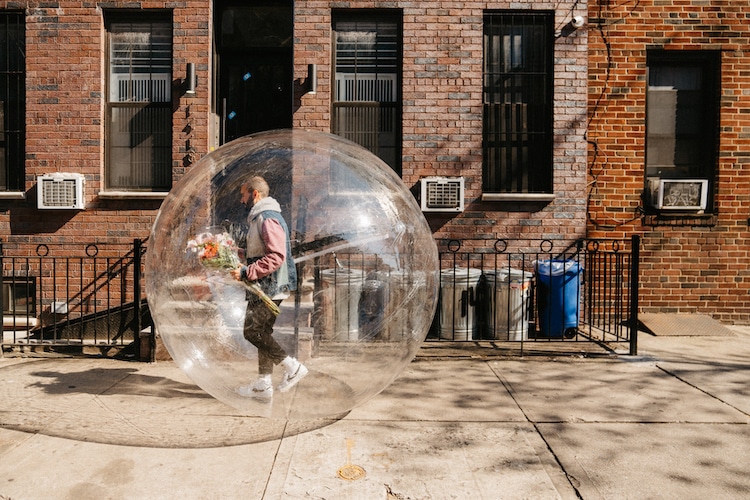 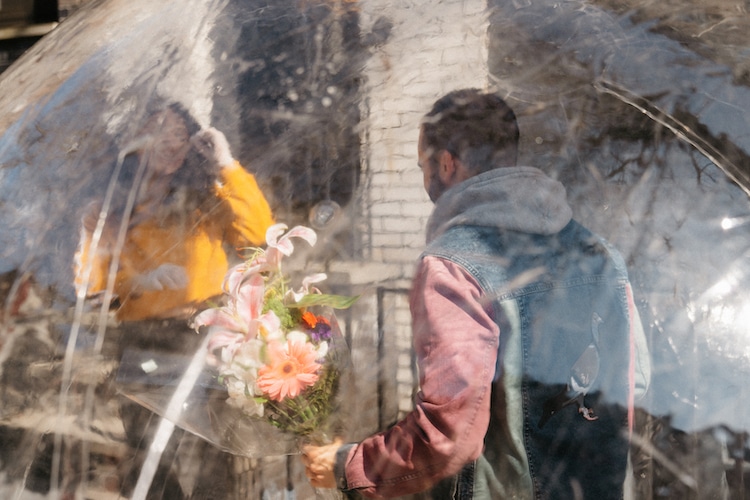 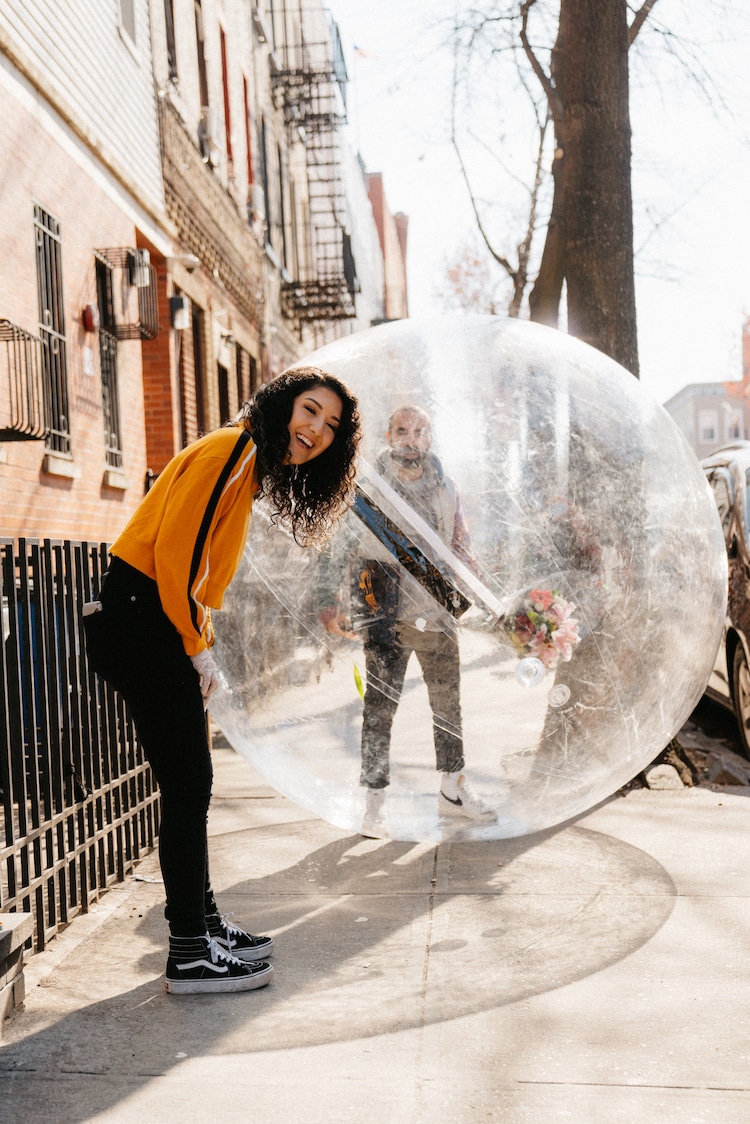 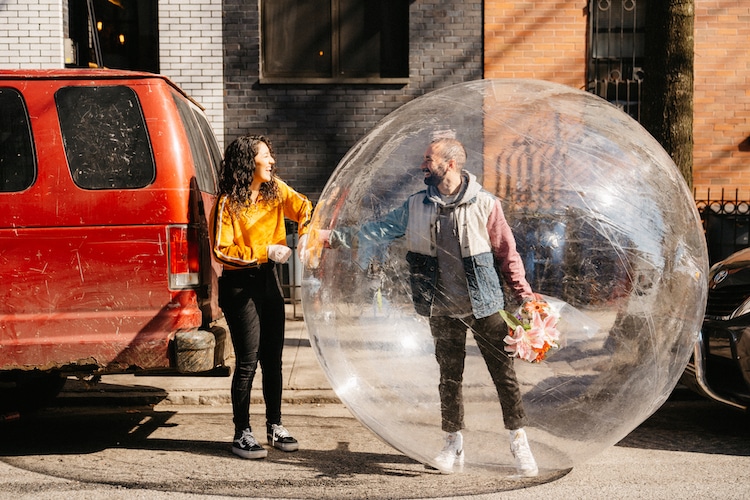 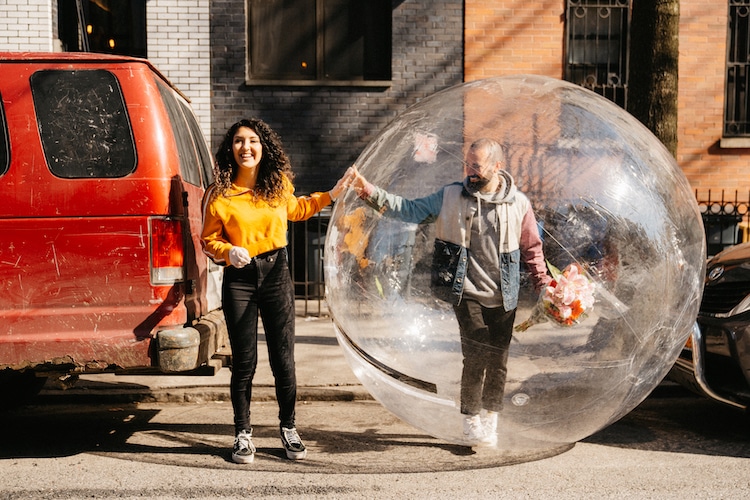