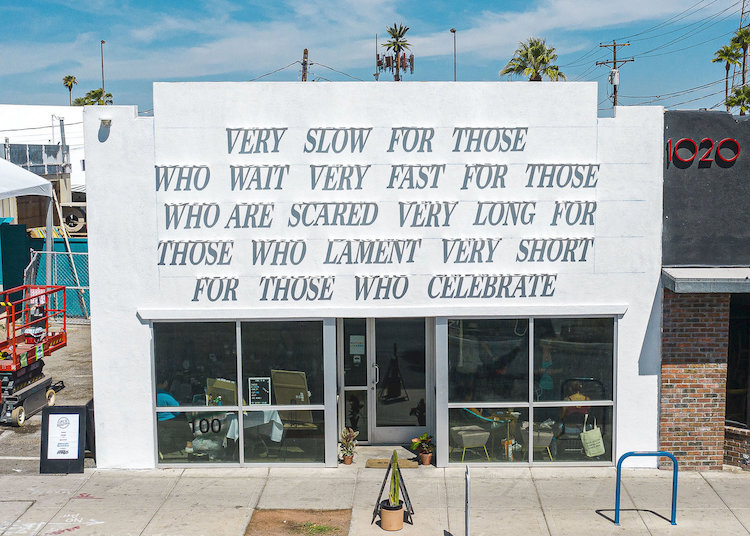 Indian artist Daku moved Stateside for his latest sun-activated installation. As one of fourteen artists working in Las Vegas for the annual Life is Beautiful festival, Daku created a site-specific artwork that reveals itself throughout the course of the day. In this case, the anonymous artist paid homage to the building's former life as a bookstore by placing a literary quote across its facade.

By carefully placing text at precise angles on the building, Daku builds a sort of sundial that reveals words rather than time. As the sun moves across the sky, delicate shadows dance along the stucco until—at the right moment—the text is unmistakable. Reading “Very Slow For Those Who Wait / Very Fast For Those Who Are Scared  / Very Long For Those Who Lament / Very Short For Those Who Celebrate,” it's a quote that's often mistakenly attributed to Shakespeare. In reality, it's actually a slightly modified paraphrasing of the poem Time Is by American poet Henry Jackson van Dyke Jr.

This poem, which was written in 1904, was read at Princess Diana's funeral in 1997 and, interestingly enough, was originally composed as an inscription on a sundial. Now, this time-centric quote has returned to its original intent thanks to Daku's installation. His work subtly encourages viewers to think about the effects of time and to take a pause to observe their surroundings.

Joining Daku at Life is Beautiful were thirteen other artists selected by curators Justkids. Lithuanian artist Ernest Zacharevic created one of his signature whimsical murals, this time depicting two children playing on an infinity sign. Meanwhile, American artist Hottea was inspired by a Kansas sunset for his installation. Using endless yards of colorful yarn, he created a colorful curtain for festival revelers to engage with. Another highlight was an engaging mural by French artist Mantra, who transformed a large facade into a display box for butterflies and moths. The illusion is exacting and realistic, even down to the shadows cast by the insects.

Their work joins a growing collection of public art in Las Vegas. Over the past seven years, Life is Beautiful has brought acclaimed urban artists like Shepherd Fairey, D*Face, Faile, Vhils, Okuda, and Fafi to downtown Las Vegas.

Indian artist Daku created one of his incredible time-sensitive installations for the Life is Beautiful festival. 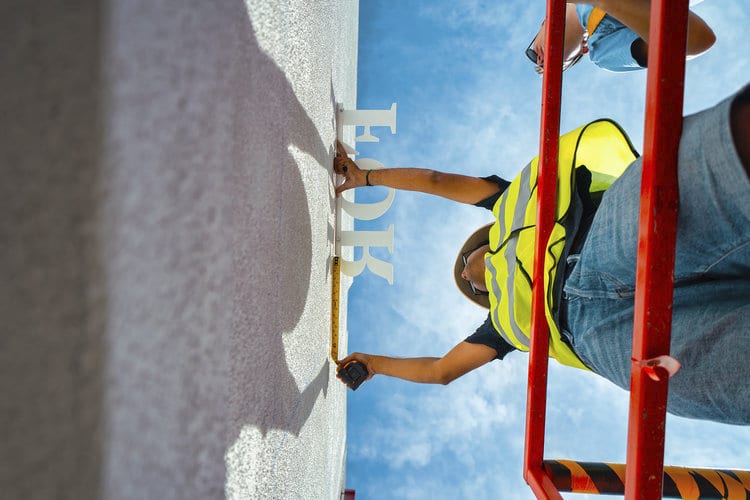 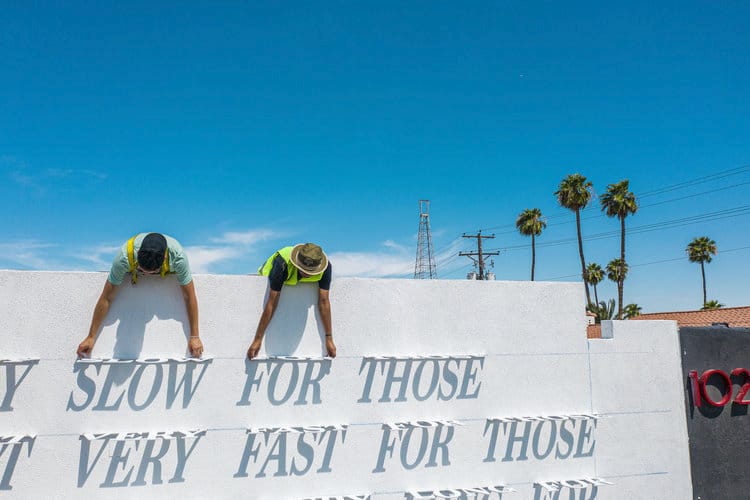 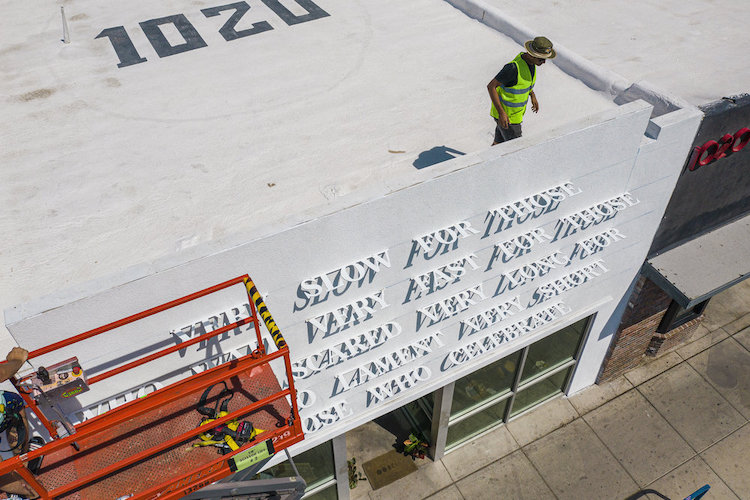 When the sun moves, Daku's message is slowly revealed. 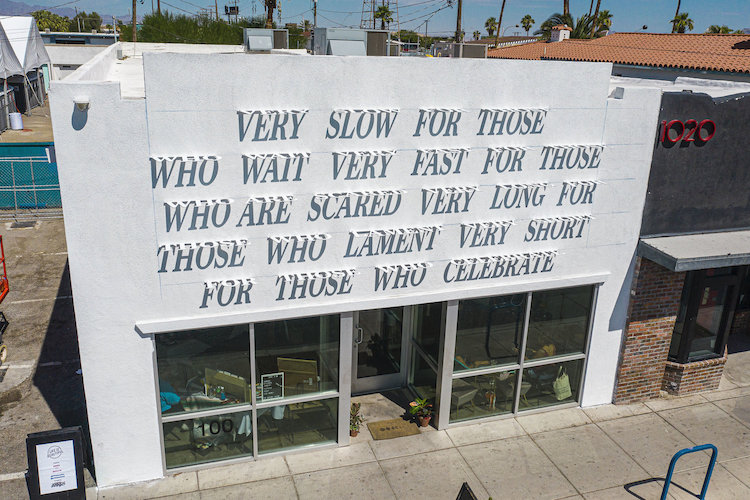 Fourteen international artists took part in the festival, which was curated by Justkids for the seventh year. 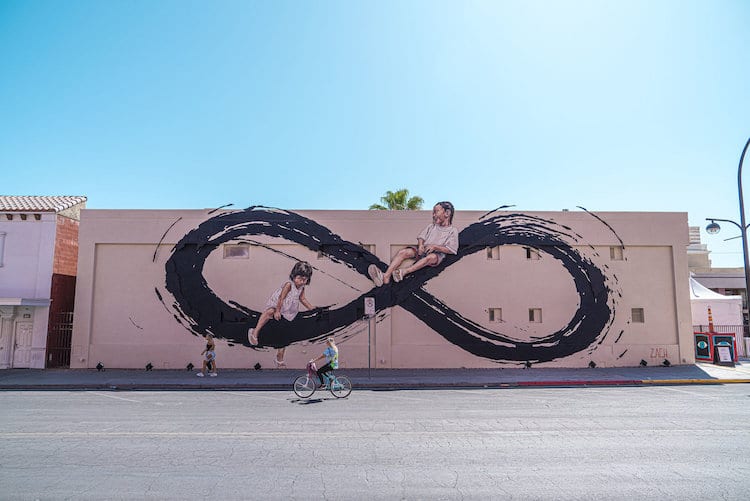 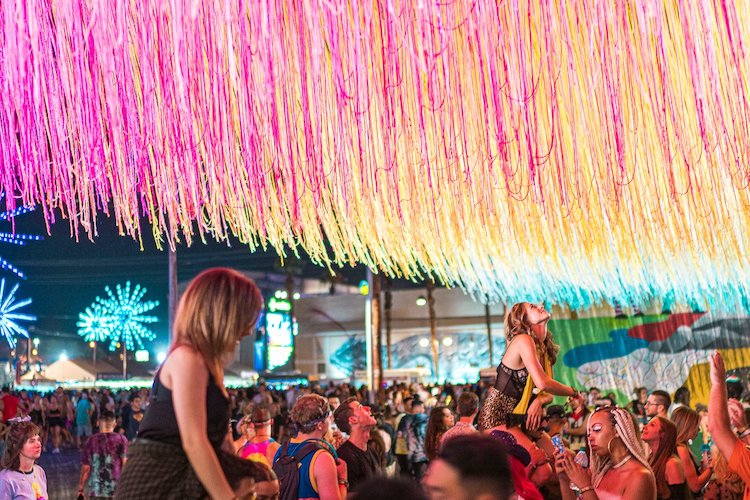 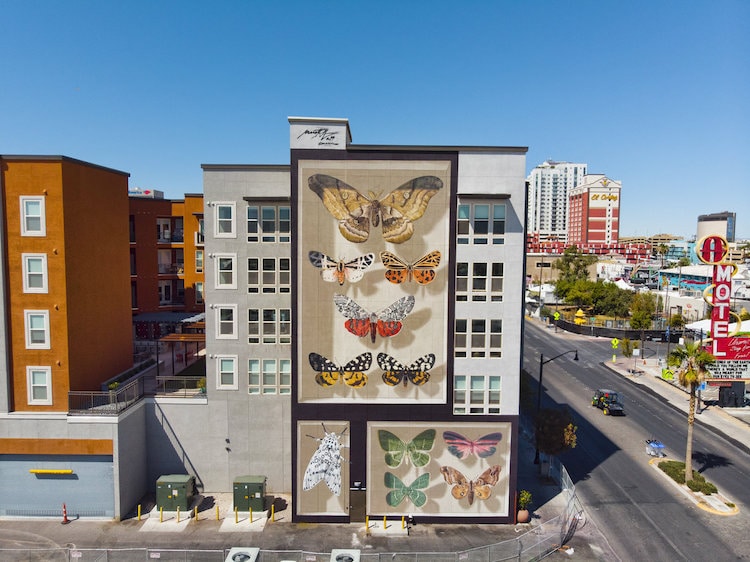 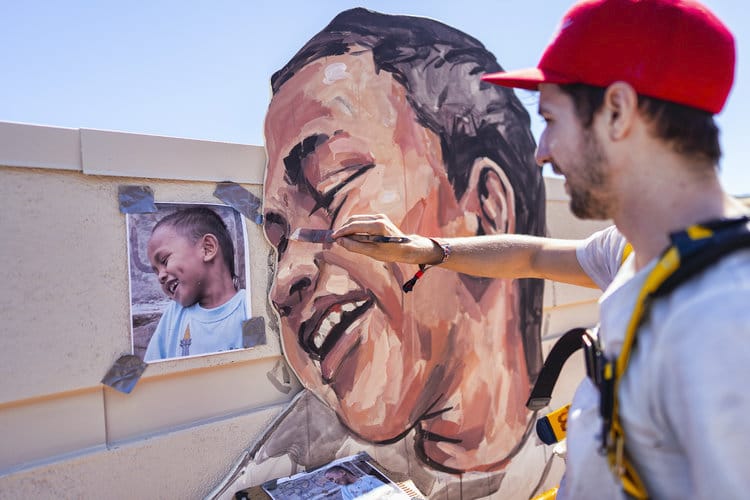 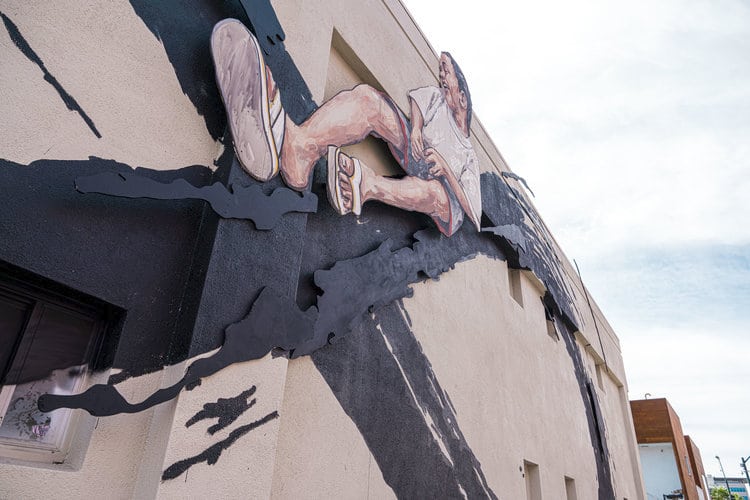 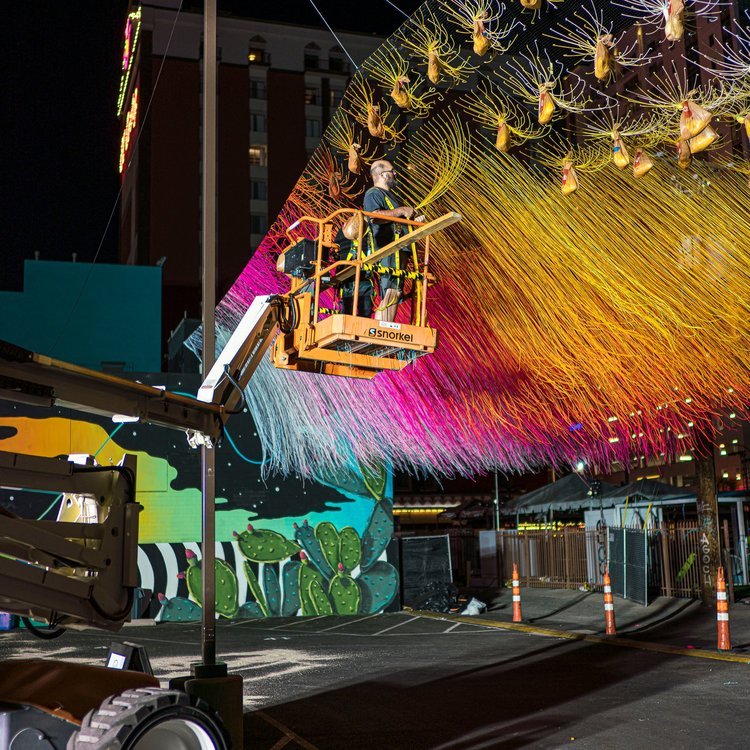 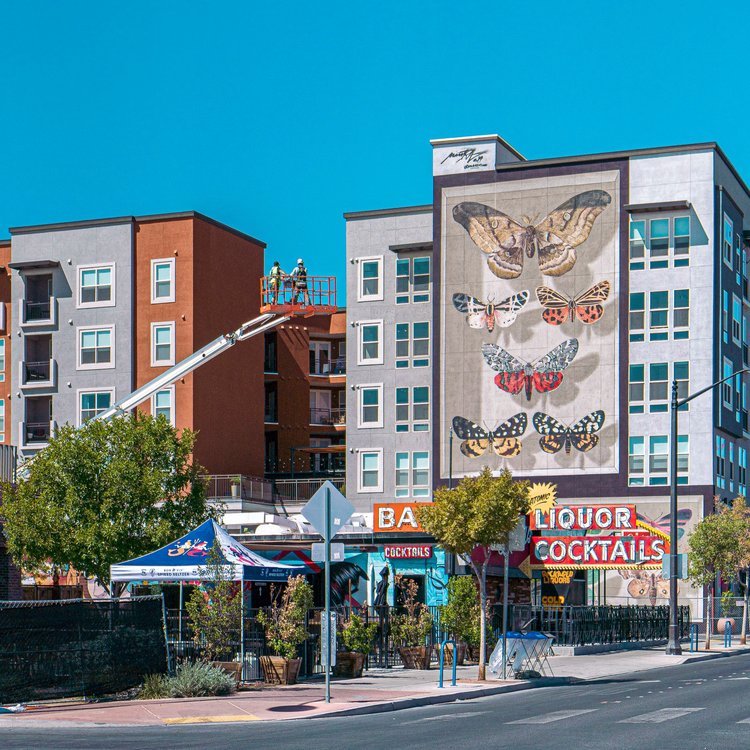 My Modern Met granted permission to feature photos by Justkids.

13,000 Strands of Yarn Cast a Shimmering Rainbow Inside the Mall of America