For nearly 50 years, Dale Chihuly has practiced the glistening art of glassmaking. With his transcendent, jewel-toned sculptures installed in top sites around the world, the American artist has helped transform the age-old craft into an international art form.

While you may have gazed at one of Chihuly's sparkling sculptures, you may not know about the man behind the blown glass. Learn more about the contemporary master with these illuminating facts about Dale Chihuly.

His passion for glass began with a weaving project.

In 1941, Dale Chihuly was born in Washington. While the Tacoma-native describes his childhood as “perfectly normal,” tragedy made his teenage years particularly tumultuous. In 1956, he lost his brother to an aviation accident, and, in 1958, his father died of a heart attack. Chihuly coped with such loss by breaking a police car window and withdrawing from formal education.

By age 20, however, he was back in school. He studied interior design—first at the College of Puget Sound and then at the University of Washington, where he took a weaving class. Surprisingly, it is this course that led to a career in glass; after inventively incorporating the medium into his textile projects, he shifted his focus from interior design to glassmaking.

While Chihuly would eventually be known for his shimmering sculptures, it was windows that initially caught his attention. During a trip to Europe in 1962, Chihuly found himself mesmerized by the stained glass adorning the continent's churches, cathedrals, and other houses of worship. However, his interest in stained glass windows was not bound by their religious roles; in fact, he was mostly fascinated by the tradition's secular side.

“It did not escape Chihuly’s notice that these large-scale religious art projects, from the twelfth-century Chartres Cathedral to Matisse’s 1951 Chapel of the Rosary in Vence, were visited by millions of tourists who revered these glass works, not for their theological content, but as timeless works of art,” Timothy Anglin Burgard notes in The Art of Dale Chihuly.

In fact, it was these windows that had inspired him to include glass into his woven textiles—an endeavor that “accidentally” introduced him to glassblowing, a technique in which molten glass is crafted into shapes using a blowpipe. “I don't know why I did it,” he reflected. “I'd never seen it done before. I didn't know anybody who knew how to blow glass.”

He lost his eyesight to shards of glass—but the accident had nothing to do with his art.

By 1965, Chihuly was committed to glassblowing. In order to perfect the practice, he paired formal education with field research. Over the next decade, for example, Chihuly's studies culminated in a Master of Science degree in sculpture from the University of Wisconsin–Madison, a Master of Fine Arts degree in sculpture from the Rhode Island School of Design, and a Fulbright Fellowship. During this time, he also spent ample time abroad, spending time in Italy, Germany, Czechoslovakia, and the United Kingdom, where he suffered a life-altering accident.

In 1976, the 35-year-old artist was involved in a serious car crash in England. During the head-on collision, he was launched through the windshield. In addition to severe cuts on his face, shards of glass left him blind in his left eye. This is why, to this day, he wears an eyepatch—and why he no longer handcrafts his own works.

He relies on a team to bring his visions to life.

After the accident, Chihuly was left with the stark realization that working with molten glass while blind in one eye would not be easy. In 1979, this worry was solidified when Chihuly hurt his shoulder in a bodysurfing accident. When paired with his seeing difficulties, this injury would make glassmaking nearly impossible. Rather than abandon his craft all together, however, Chihuly decided to instead adapt his practice and rely on a team to bring his visions to life.

“In many ways it was a transformative period for me.” Chihuly explains. “It took months for me to recuperate and gave me lots of time to think about my work and my direction as an artist. After the accident, due to the loss of my eyesight and depth perception, I became more of the director of my team. Working in this capacity enabled me to work in a much larger scale and I really began to push the material more.”

Today, Chihuly's ethereal glass sculptures continue to captivate with their vivid color schemes, ethereal translucence, and larger-than-life scales. With such an awe-inspiring portfolio, it is no surprise that Chihuly is one of contemporary art‘s exceptionally decorated figures. On top of a dozen honorary doctoral degrees, his accolades include a Seattle Weavers Guild Award (received in 1964), a Louis Comfort Tiffany Foundation Grant, two National Endowment for the Arts Fellowships, an American Craft Council Gold Medal, and many more.

To Chihuly, however, his glassmaking practice is about about much more than his past successes; it's about fostering a future for his passion. “I don’t think much about the past,” he says. “I think more about the future. I prefer to be thinking about what I want to be doing tomorrow.” 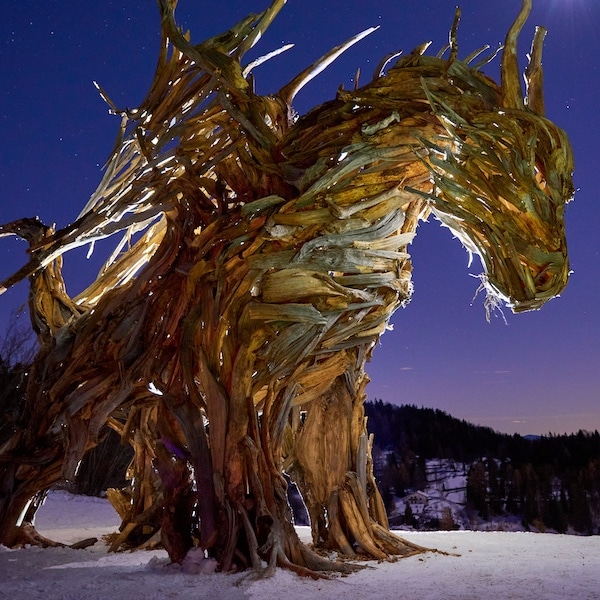 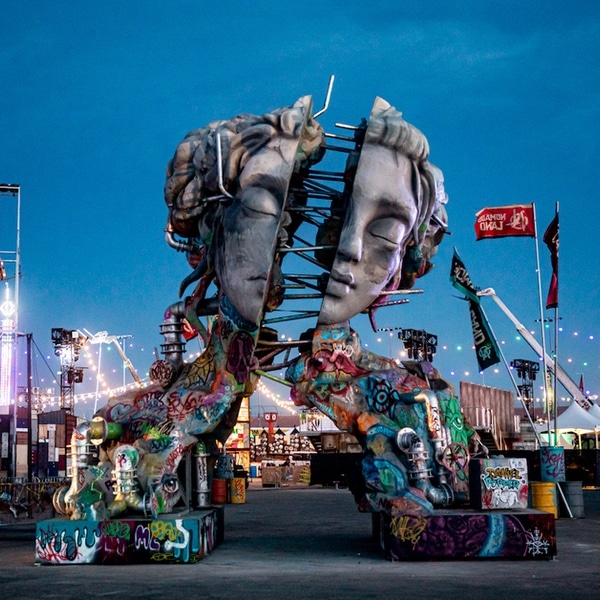