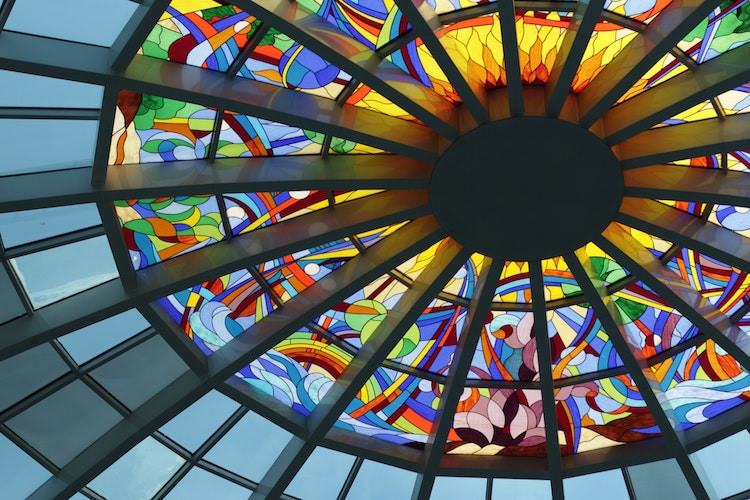 Though the words “stained glass art” may trigger thoughts of medieval cathedral windows, today’s contemporary artists are proving that the thousand-year-old craft is anything but outdated. Throughout ancient history, stained glass art was traditionally made in flat panels, featured biblical imagery, and was used for the windows in churches, mosques, and other religious buildings. Today, modern works of glass art are not only seen in places of worship, but also in contemporary homes, commercial spaces, and art galleries.

Inspired by the stained glass of the Middle Ages, many of today’s contemporary artists put a modern twist on medieval techniques. Others work to create striking three-dimensional structures that transform entire environments with dazzling, abstract beams of light and color. Read on for our list of artists who are redefining what stained glass art is today.

Here are 8 contemporary stained glass artists who are redefining an ancient craft. 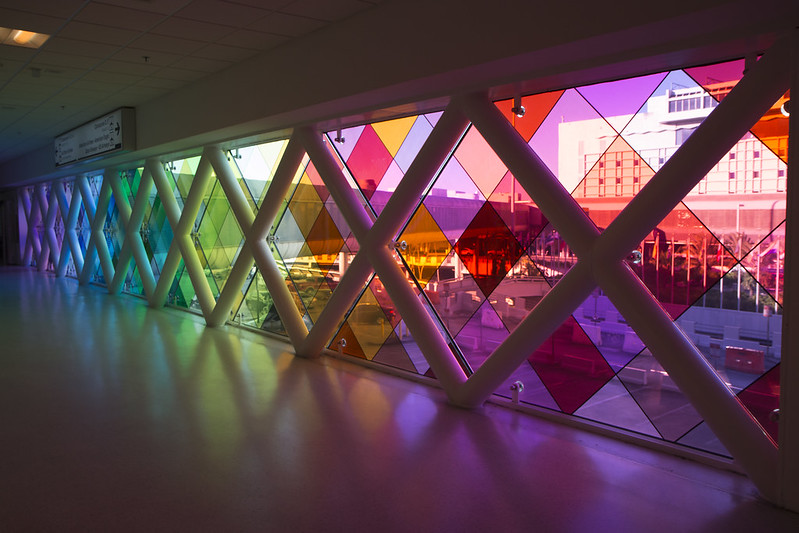 In 2011, American sound architect Christopher Janney was commissioned by Miami International Airport to create an interactive sound and light installation featuring stained glass. Titled Harmonic Convergence, the incredible piece leads pedestrians through a tunnel of rainbow colors, light, and sound, from the rental car terminal to the airport entrance.

The walkway’s existing glass panels were replaced with colored glass, and existing lighting was replaced with computer-controlled LED lights. Speakers installed along the path create an ever-changing “sonic portrait” of south Florida, with tropical birdsong, rolling thunderstorms, and other regional sounds. Video sensors at either end track visitor movement and trigger changes in sound composition, depending on the number of passengers in the space.

Brooklyn-based artist Tom Fruin created the monumental Watertower sculpture made from steel and about 1,000 pieces of colorful plexiglas. Mounted high upon a water tower platform, it became part of the Brooklyn skyline in 2012. Made entirely from reclaimed and discarded materials, it’s illuminated by the natural sunlight during the day, and dazzles with controlled light sequences designed by Ryan Holsopple at night. The “beacon of light” is a tribute to the iconic New York water tower and a symbol of the vibrancy of Brooklyn. 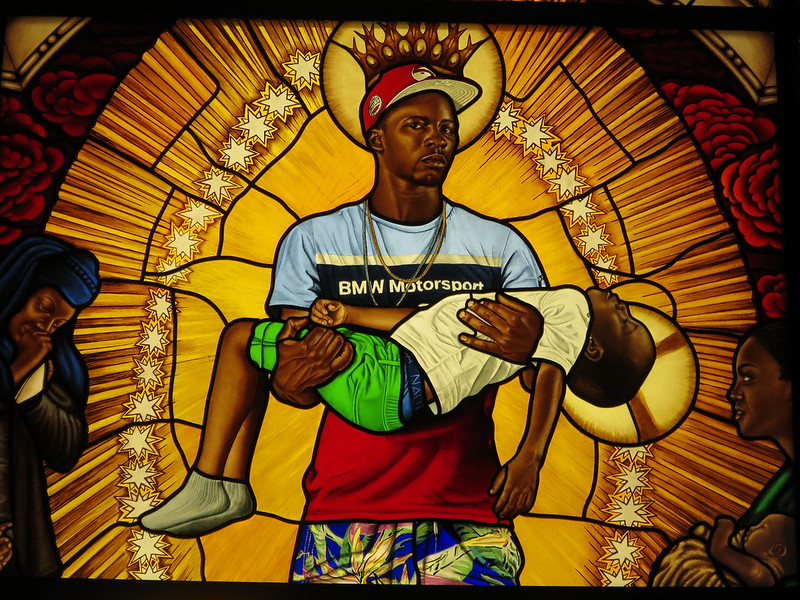 Wiley described his stained glass work, explaining, “It’s not about nationhood, it’s not about race. It’s about being powerful in the world, glowing literally…letting us see a state of grace for those people who rarely get to be able to be seen that way.” 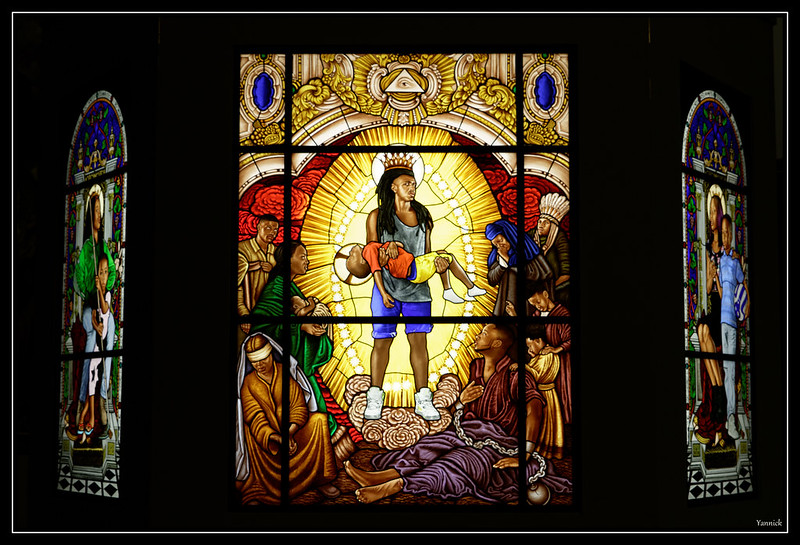 Created by artist Dominic Wilcox, the Stained Glass Driverless Sleeper Car of the Future is a driverless car handmade with technicolor stained glass panels. With only a bed inside, the concept was born from the artist’s imaginative idea of the future, where the passenger might take a nap while the car brings them to their destination. Wilcox explains, “The car combines the handmade process of glass work with modern and future technologies to create a proposal of how transport could be in the middle of the 21st century.”