Artist Carves a Sprawling Forest into an Ordinary Van 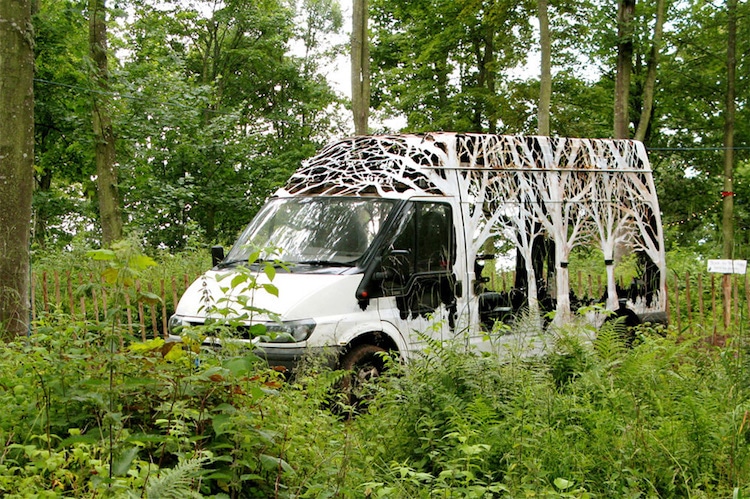 With his work Nature Delivers, artist Dan Rawlings transforms a standard Ford transit van into a forest. The piece was commissioned by Kendal Calling for the Lost Eden festival, giving Rawlings the opportunity to take on this ambitious project.

Rawlings' work is typically tinged with nostalgia. He enjoys using old farm equipment and tools to harken back to a simpler time when material possessions held less importance. With Nature Delivers, the artist juxtaposes the material strength of the van, an object that “exemplifies the speed and momentum of modern life” with the encroaching nature he carves from the metal body.

Just as nature eventually reclaims its space, this carved forest eats away at the van's exterior. In doing so, Rawlings is “trying to offer a glimpse into an alternate future, an Eden where nature has the upper hand.” The work, which was completed in 2015, was, unfortunately, the recent victim of vandalism, when the interior was set on fire by an unknown culprit. Nonetheless, photos of the installation immortalize its original self.

Dan Rawlings transformed a Ford transit van into an incredible forest by cutting trees into the metal exterior. 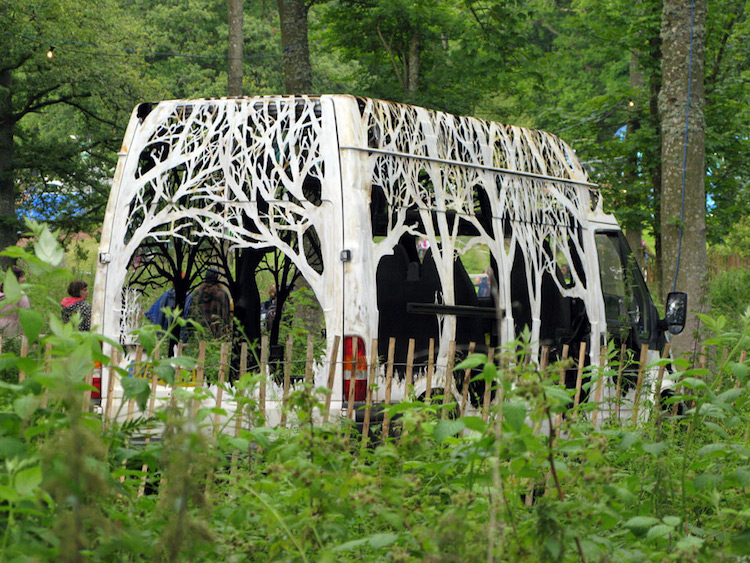 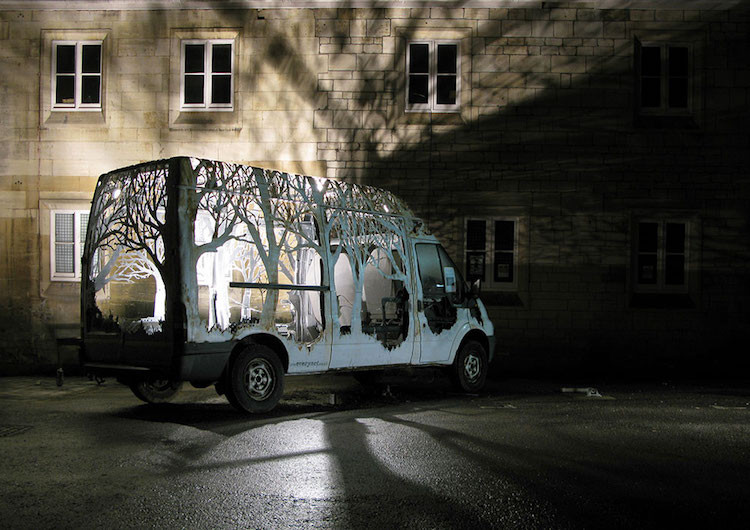 His initial sketch demonstrates how he conceived the appearance of rust over time, which would contribute to the final feel of the sculpture. 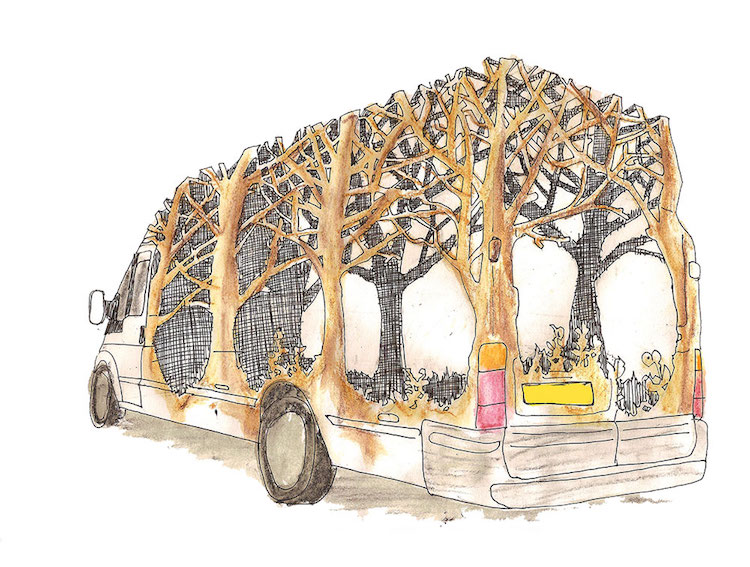 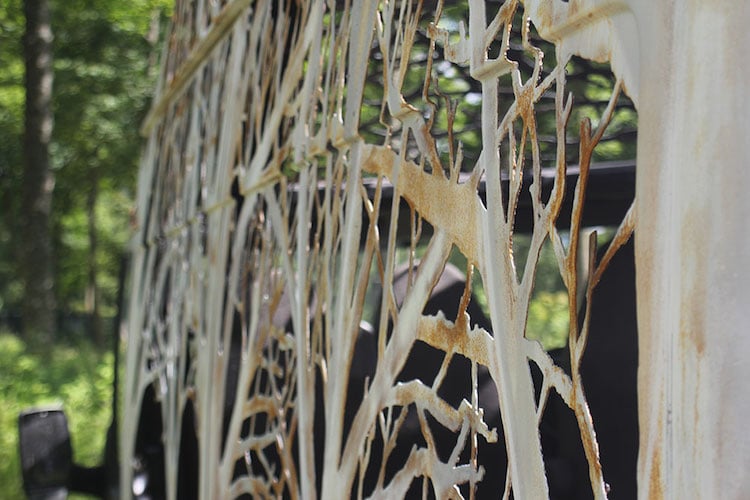 Rawlings found the van on eBay and then set about cutting his design into the body of the vehicle. 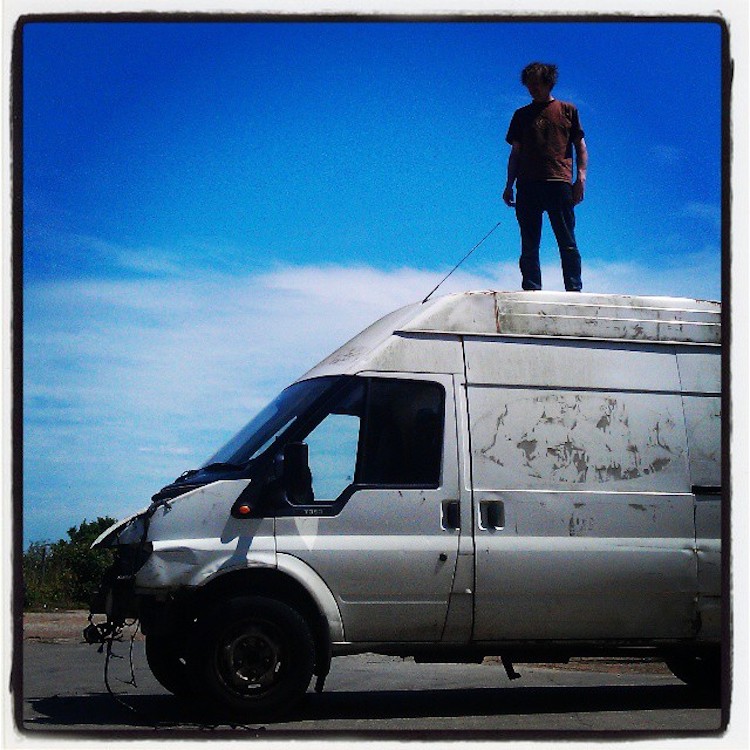 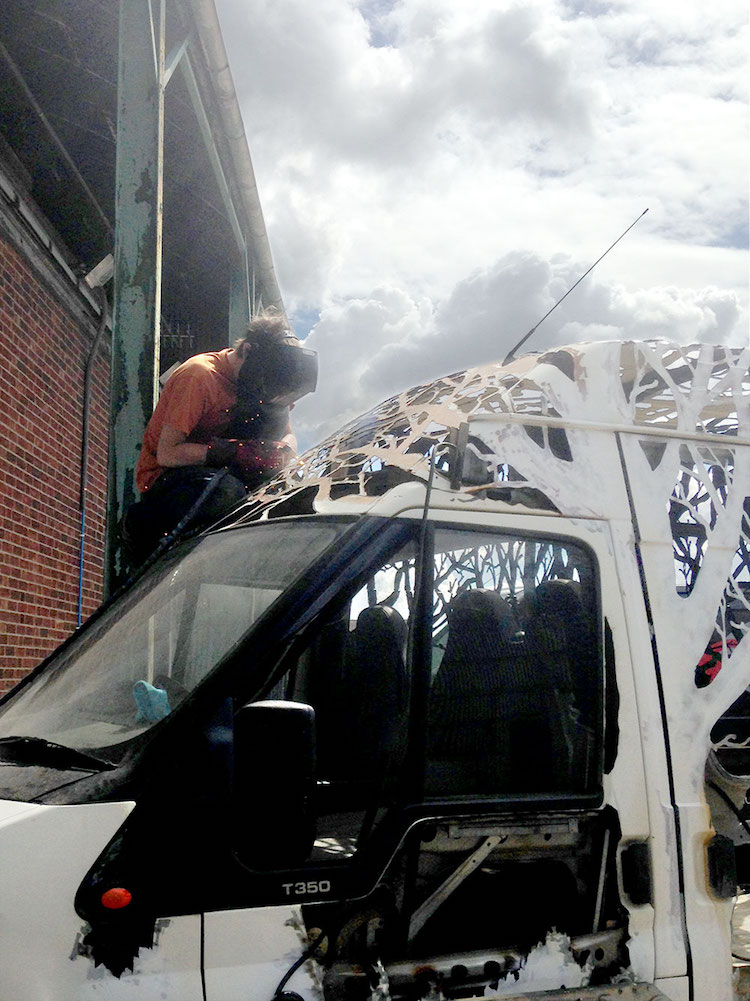 Unfortunately, someone recently set fire to the interior of the van. 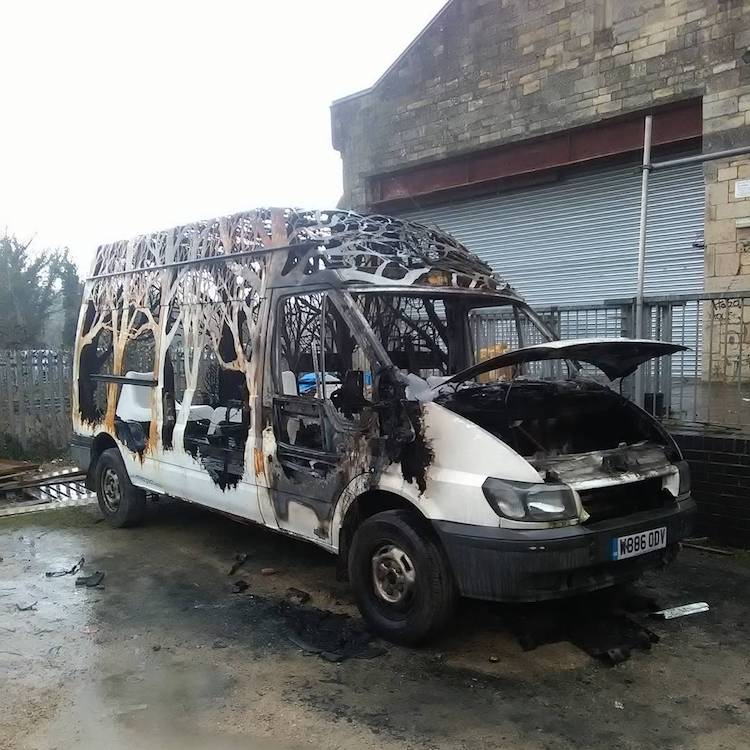 All images via Dan Rawlings.