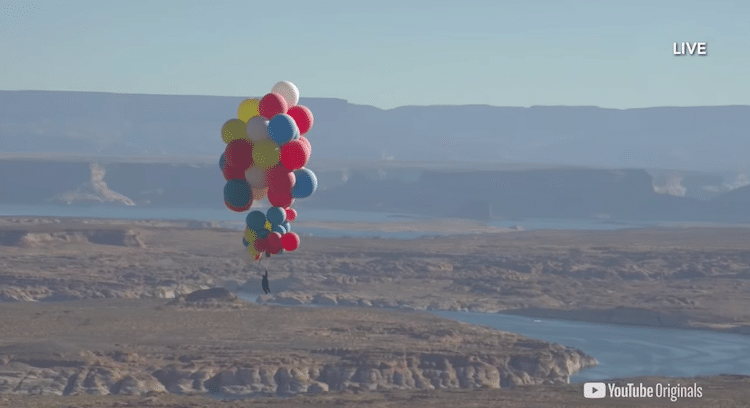 Eight years after his last public stunt, American illusionist David Blaine completed yet another stunning spectacle with The Ascension. Streamed live on YouTube, the performance saw Blaine get carried up and away by 52 helium balloons. After reaching an incredible altitude of 24,900 feet, he then parachuted back to Earth.

The moving performance was inspired both by his childhood and his nine-year-old daughter Dessa. As a young boy, Blaine remembers his mother taking him to see Albert Lamorisse’s film The Red Balloon, where the protagonist is carried away by a cluster of balloons. This image stuck with him, partially inspiring his love of illusion.

But his main motivation was to do something for his daughter, who was just approaching two years old when he executed his last performance, Electrified. This called for him to be continuously zapped by Tesla coils discharging over one million volts. After that stunt, he vowed to next perform something that would inspire, instead of scare, his daughter.

With the help of YouTube Originals, Blaine was able to put together a team of experts to help his balloon stunt take shape. He spent over a year training for the performance and also became a licensed pilot and licensed commercial balloon pilot in the process. In addition, he performed over 500 skydives in order to get proper certification and had to learn how to read wind patterns. 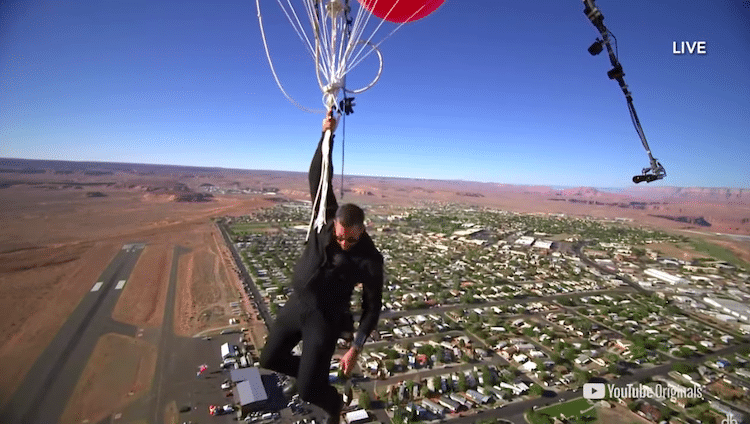 While The Ascension was originally designed to take place in Blaine's hometown of New York City, the project was moved to Arizona after taking into consideration weather and the desire to not create crowds in the city. As the world watched via live stream, Blain strapped himself to 42 eight-foot balloons and 10 smaller balloons. By dropping weight as he went along, he was able to slowly ascend.

Blaine's team originally hoped that he'd arrived at 18,000 feet—something they greatly surpassed. Though the illusionist's rehearsals had only seen him go a few hundred feet in the air, he had no trouble moving to high altitudes. While oxygen levels and cold temperatures were a concern, Blaine used breathing techniques to keep himself calm and get the oxygen he needed.

Via radio, Blaine was able to stay safe and communicate frequently with his daughter and team during the stunt. It's impossible not to watch the performance without feeling the wonder and joy that Blaine expresses as he glides over the Arizona desert.

About an hour after his initial ascent, Blaine dove back down to Earth, safely landing in a ravine before being helicoptered back to rejoin his team and his daughter. To say that The Ascension was a success is an understatement. Not only have nearly 7 million people watched the live stream in less than 24 hours, but this performance heralds a new era in Blaine's work and only has us wondering what he'll get up to next.

David Blaine used helium balloons to reach an altitude of 24,900 feet over the Arizona desert. 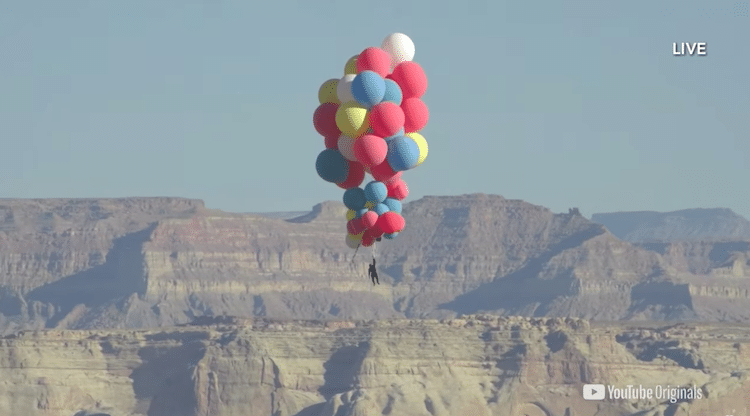 The Ascension was live-streamed on YouTube and viewed by nearly 7 million people in less than 24 hours. 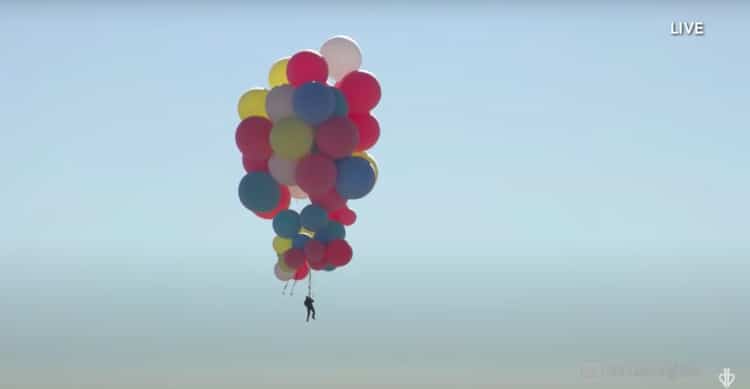 The performance was inspired by his daughter, who was just a toddler when he executed his last public stunt. 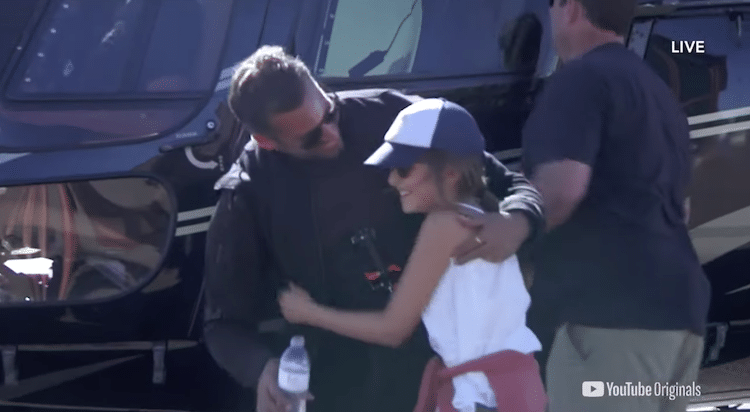 Watch the full live stream of David Blaine's The Ascension.