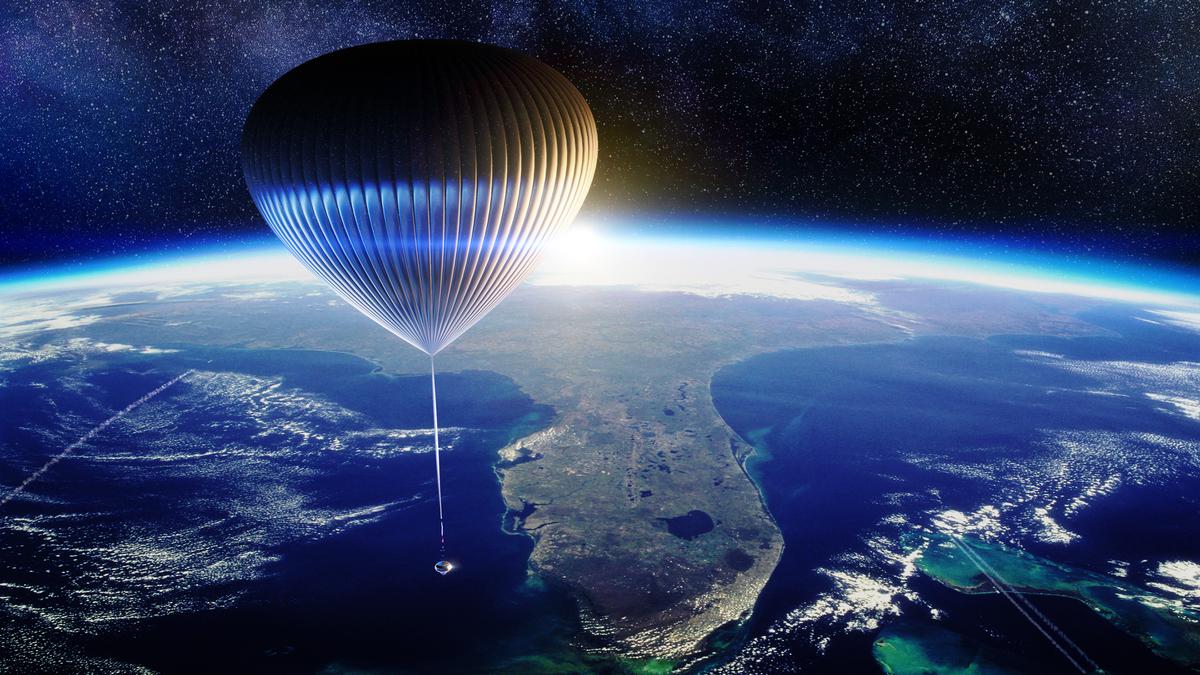 Concept photo of spaceship “Neptune” balloon and capsule above the earth

If you’ve ever longed to view space like an astronaut, but lacked the training from NASA, you're in luck. London-based design studio PriestmanGoode collaborated with U.S.-based company Space Perspective to create a two-part spaceship called Neptune. This futuristic craft is designed to provide adventure seekers an out-of-this-world experience.

At the heart Neptune's designs is a focus on nurturing the “human experience” by providing inspirational views. “Our starting point was the passenger experience,” says Nigel Goode, Designer and Co-Founder of PriestmanGoode. “We looked at all the different elements that would make the experience not just memorable, but truly comfortable as well.” 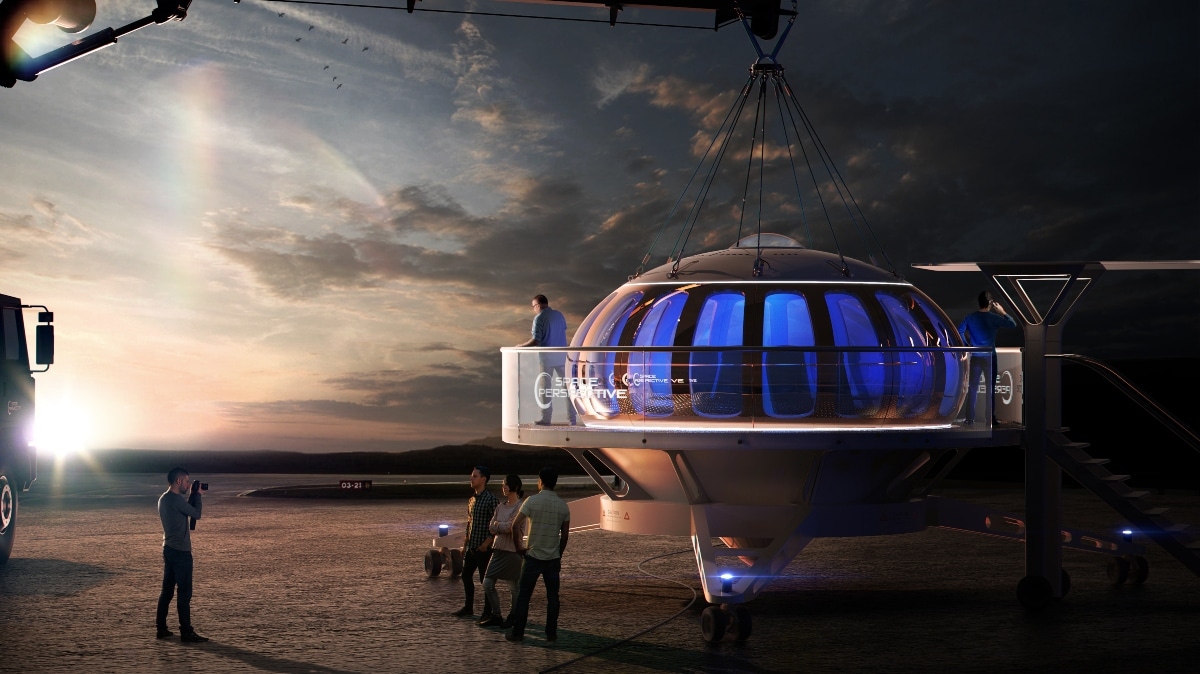 Concept photo of “Neptune” grounded and ready for boarding

To ensure the success and comfort goals of this ambitious vision, Neptune's spinning top-shaped capsule (which is attached to a giant high-altitude balloon) features a spacious area with floor-to-ceiling windows for optimal viewing, in addition to seating and a restroom. Neptune is designed to be navigated by a pilot and hold up to eight passengers (referred to as “Explorers”) who, in comfort and wonder, would embark on a six-hour journey.

The capsule would ascend above 99% of the earth’s atmosphere to 100,000 feet. At that point, it would spend two hours cruising above earth—time designated for social media, photography, and simply absorbing the spectacular views. The final two hours would consist of a steady decent towards earth and a landing at sea. That's where a retrieval crew would be ready to collect the passengers and Neptune itself. Neptune's trips were also designed for research payloads and to further support atmospheric studies.

Design studio PriestmanGoode created a concept for a spaceship called Neptune that can take ordinary people up into space. 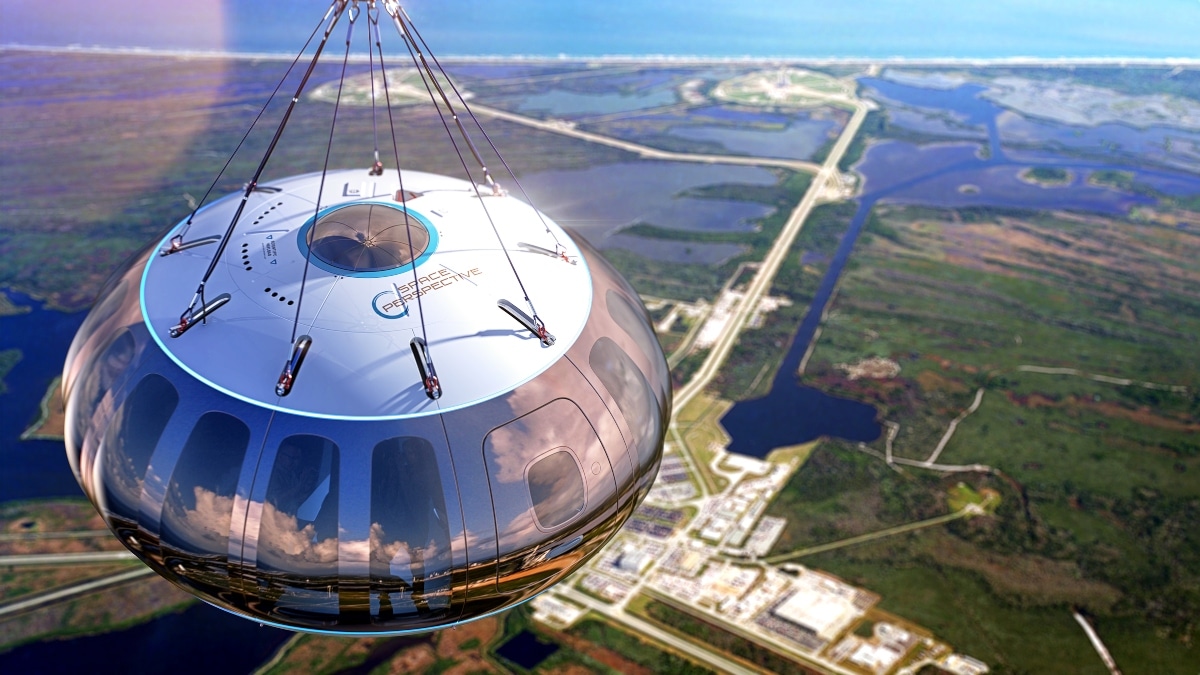 Concept photo of spaceship “Neptune” and its “Explorers” ascending into space 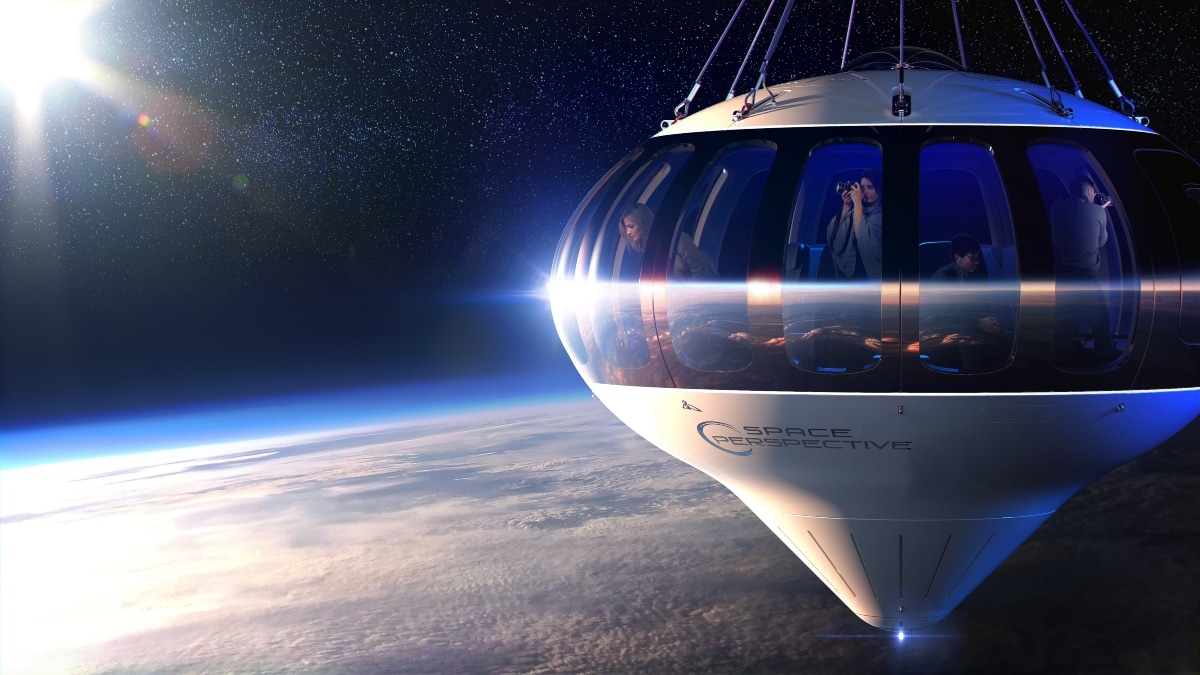 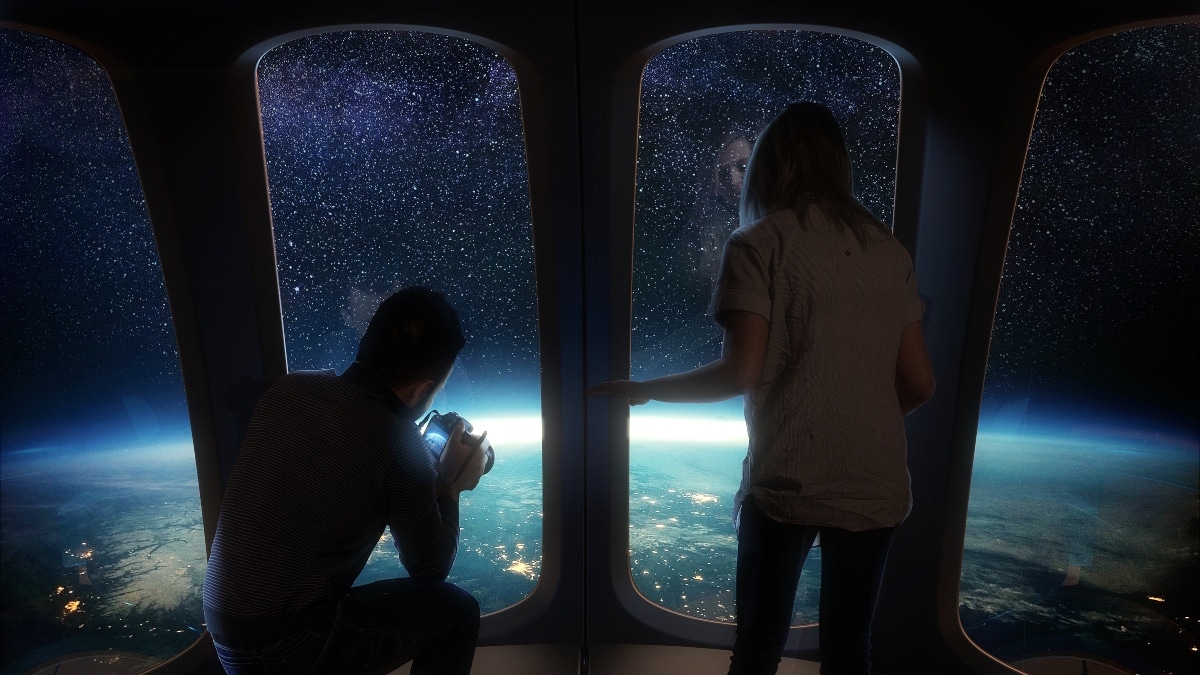 My Modern Met granted permission to feature photos by PriestmanGoode.

Would you take a trip on this? Share
Like My Modern Met on Facebook
Get Our Weekly Newsletter
Become a
My Modern Met Member
As a member, you'll join us in our effort to support the arts.
Become a Member
Explore member benefits