Unbelievable Specimens Lurking in a Magnified Splash of Seawater 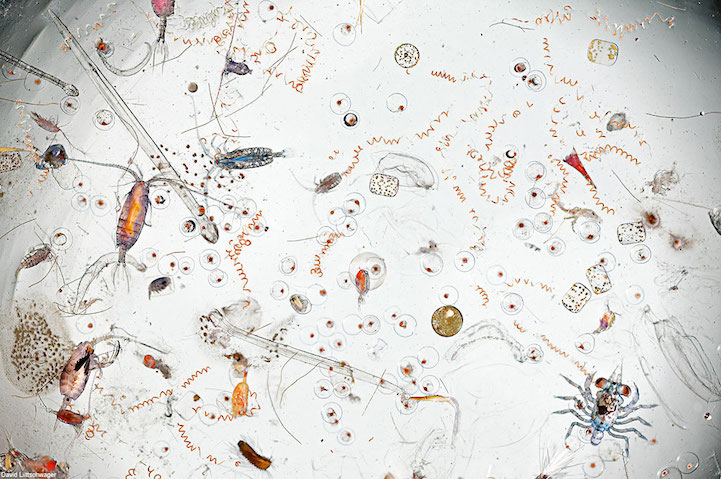 For anyone who's ever accidentally swallowed a gulp of salty seawater, watch out–this photo might make you a little queasy. Photographer David Liittschwager captured this eye-opening image that reveals the unbelievable contents in a random splash of seawater, magnified 25 times.

As we can see, even the smallest drop of seawater is home to an incredible variety of tiny creatures and plants that are collectively known as plankton. The multitude of bizarre-looking organisms in this photo include fish eggs, crab larva, algae, arrow worms, marine worms, cyanobacteria, and copepods.

Liittschwager, who captured the image in the waters near Hawaii for National Geographic, says in his field notes, “The puzzle for me as a photographer was to get something that is made to be invisible to show,” as many of the microfauna are not only microscopic in size, but also nearly transparent. To make the invisible visible, he photographed the organisms in a petri dish at high magnification and with strong backlighting.