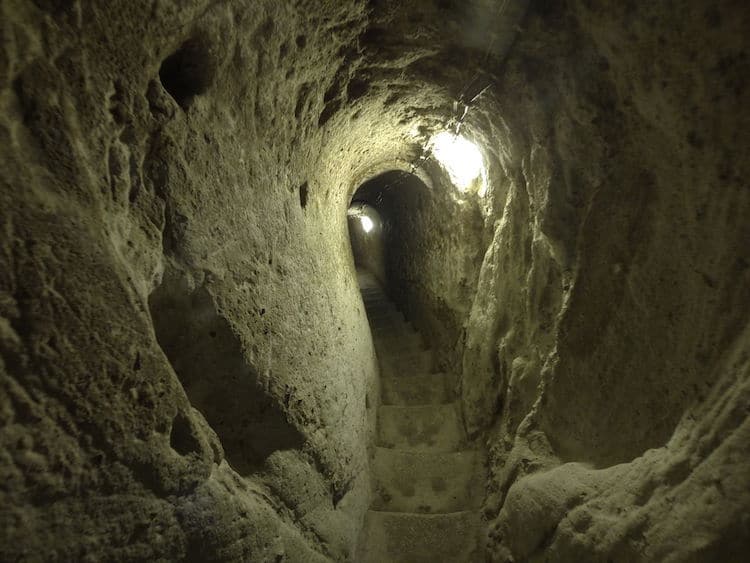 Photo: Nevit Dilmen [CC BY-SA 3.0 or GFDL], via Wikimedia Commons
This post may contain affiliate links. If you make a purchase, My Modern Met may earn an affiliate commission. Please read our disclosure for more info.

Many of us have fantasized about having a door in our home that leads us to a hidden world, but can you imagine a buried city laying just behind the walls of your house? In 1963, a Turkish man knocked down a wall in his basement only to discover the ancient 18-story underground city of Derinkuyu.

At one time housing up to 20,000 people, Derinkuyu is one of the largest underground cities in the world. Located in Turkey's Cappadocia region, it's one of over 200 subterranean cities that were carved into the volcanic rock. In fact, Derinkuyu is connected to some of these subterranean settlements by tunnels that run for miles. Part of what makes it so impressive is the city's depth of over 250 feet, as well as the organization needed to meet the demands of a population living underground. 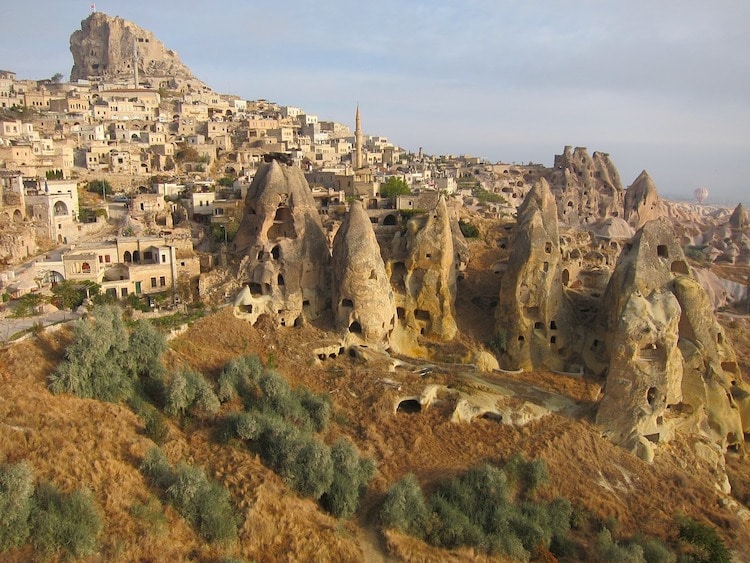 Cappadocia is a region in central Anatolia, Turkey.

How was Derinkuyu formed?

Ancient volcanic eruptions allowed Derinkuyu to exist. Several million years ago, layers upon layers of ash, aka tuff, built up and eventually turned into a stable rock that's also capable of being carved. Long after the eruptions, Cappadocia inhabitants realized that they could carve their dwellings into the rock and underground.

When was the underground city created?

But it is during the Byzantine period that the underground city flourished. During the Arab-Byzantine wars from 780 to 1180 Derinkuyu was used as a refuge for Muslim Arabs—it was during this period that the tunnels connecting the subterranean cities were added.

An alternate theory places the creation of the underground city much earlier, with the ancient Anatolian Hittites. This placed construction at about 15th century BCE, with the area being used to flee invading enemies.

Next: More about life in Derinkuyu.