More About Life in Derinkuyu 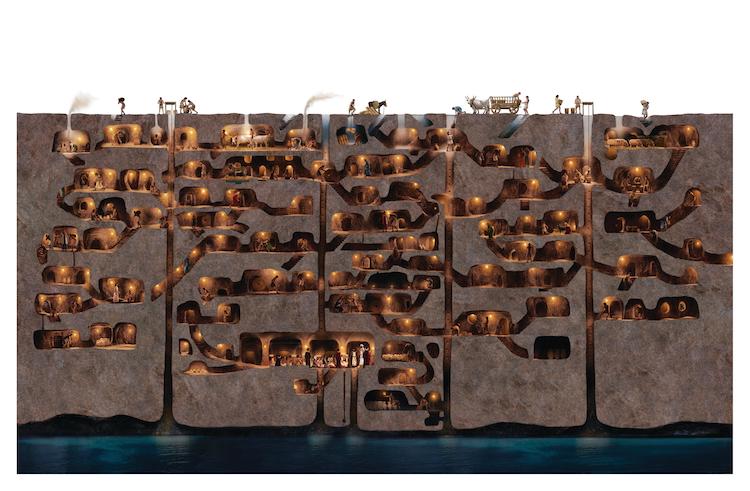 Though not ideal for the claustrophobic, these ancient cultures tried to make life as safe and comfortable as possible in the underground city.

The people who designed Derinkuyu equipped the entrances with round stone doors weighing up to 1,000 pounds to ensure that invaders could not gain entry into the underground city. And if they did, the narrow hallways forced people to traverse single-file, which was much easier to defend against if they were ever under attack.

It may seem like being underground would be suffocating (especially for long periods of time), but they prepared for that. There were more than 50 ventilation shafts to bring in fresh air, with air ducts to distribute it all. And what about all the waste? That was stored in pots and then transported aboveground whenever possible.

Aside from chapels for worship, Derinkuyu had many of the trappings of above-ground cities. There were areas for livestock and numerous wells to provide drinking water. Communal rooms, kitchens, bathrooms, schools, animal stables, wine cellars, and oil presses were all found beneath the surface of the Earth.

Open to the public since 1965, the Derinkuyu underground city, along with nearby Kaymaklı, is a well-known tourist attraction in the region. While only 8 of the 18 levels are viewable, it's an incredible opportunity to see man's ability to adapt to their circumstances.

Guided tours, like this one to the Ihlara Valley and Derinkuyu, allow people today to experience the underground city for themselves.

Here's a peek into the underground city. 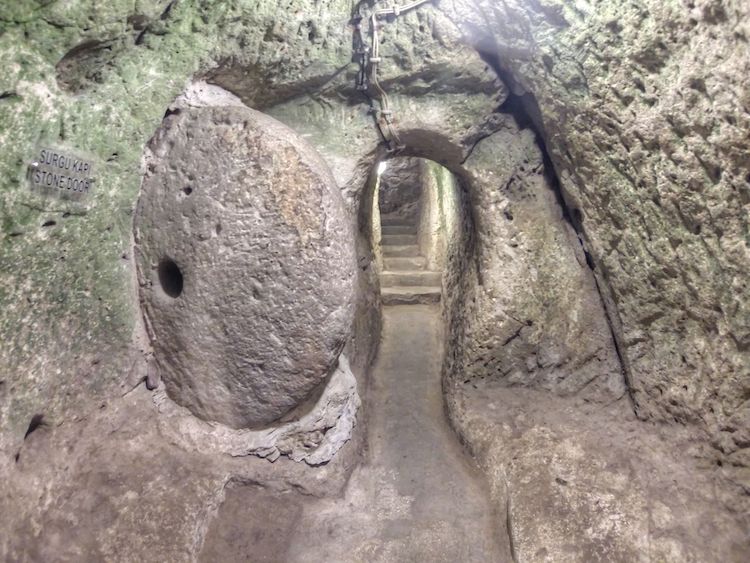 Entrances with round stone doors weighing up to 1,000 pounds (Photo: Nevit Dilmen [CC BY-SA 3.0 or GFDL], via Wikimedia Commons) 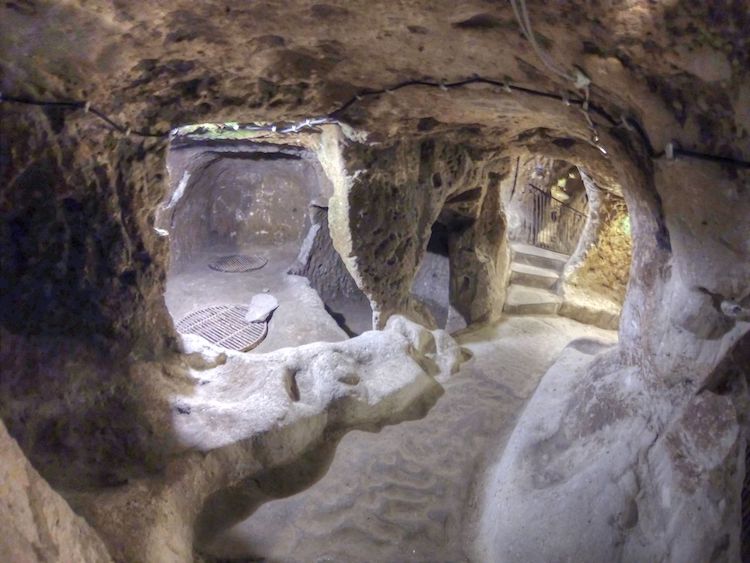 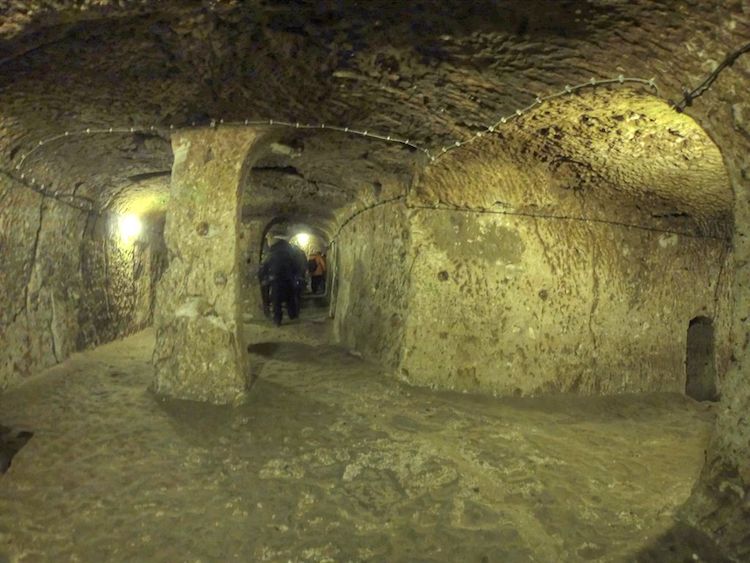 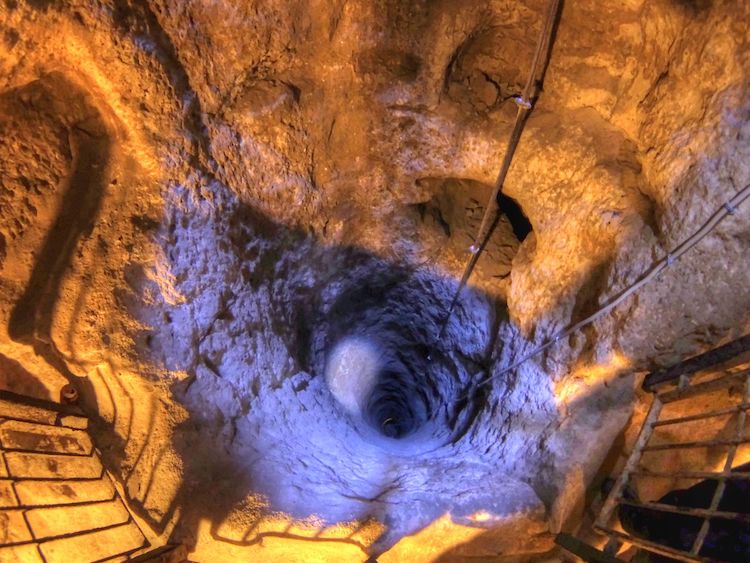