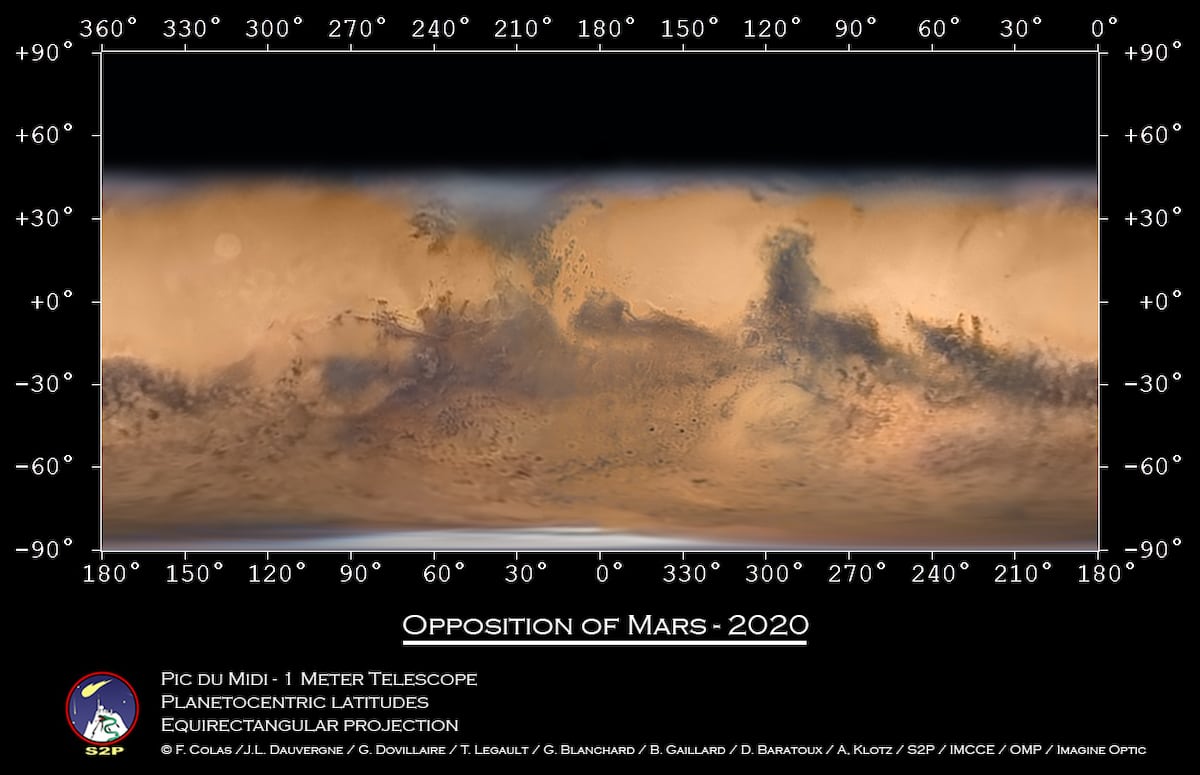 Using photos taken at the Pic du Midi Observatory, astrophotographer Jean-Luc Dauvergne has published what he calls the most detailed map of Mars from the ground. The photographs were taken at the mountaintop observatory, which is located in the French Pyrenees, over the course of six nights in October and November using a 1-meter telescope. The team then sewed together hundreds of photos to put together this incredible map.

Dauvergne worked alongside astrophotographer Thierry Legault, François Colas of the Paris Observatory, and Guillaume Dovillaire to put together the map. It took about 30 hours of processing for Dauvergne to combine the data into both a rotating sphere and rotating stereo view of the Red Planet. Part of the reason for the crisp, detailed images was the timing of the photographs.

“The project was inspired by the fact that this opposition of Mars—when it comes close to the earth—was the best one in the past 15 years,” Dauvergne tells My Modern Met. “The goal was to get images, but when I processed the last image made on November 1, I started to realize that we may have enough to make this Holy Grail that is the global map.” 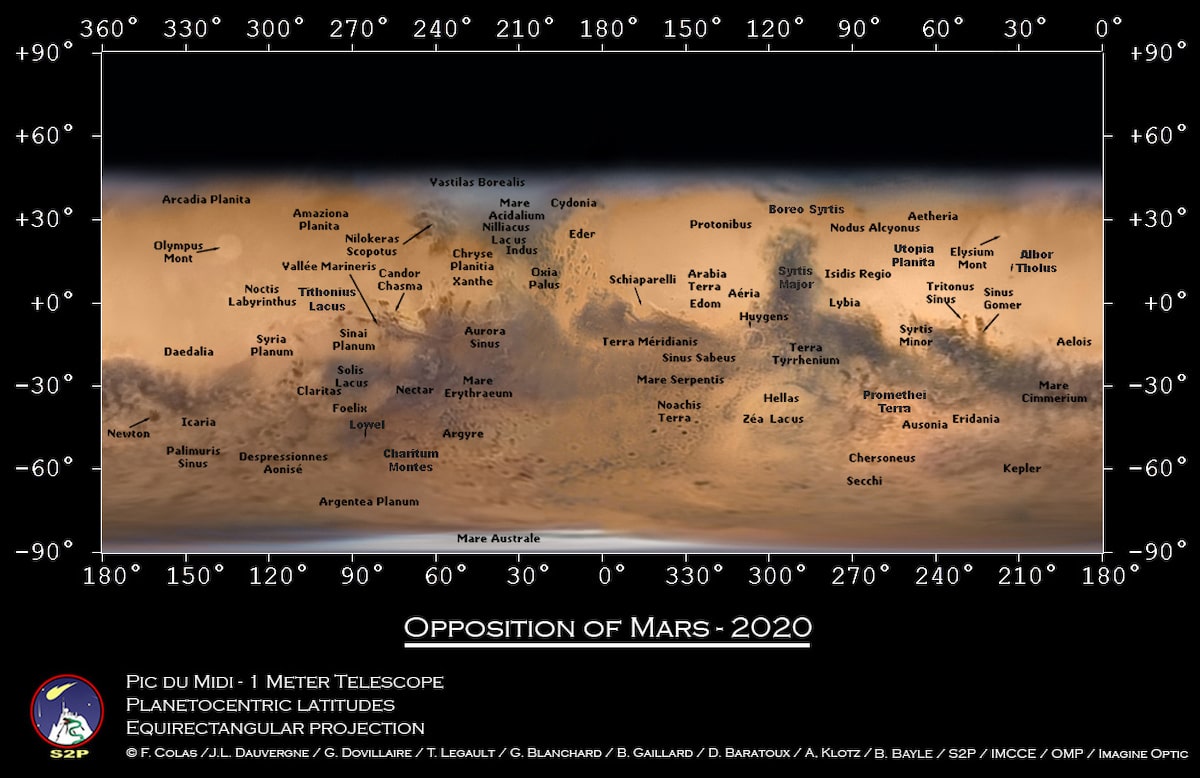 The project was a true team effort, with Colas and Legault spending time at the observatory to ensure that the photos were taken when the weather conditions were optimal. There were also challenges. For instance, the team needed to take video footage that was legible given the atmosphere's turbulence. It was from those videos that they selected the best images to process and enhance.

All of the team's work and patience paid off, as the Mars map has already been a big success. Not only was it named Astronomy Picture of the Day by NASA, but the team also used it in a paper that they will submit to the scientific journal Nature. Above all, their project allows us to have a record of what Mars looked like at this specific moment in time. This is valuable, as given the number of dust storms on the planet, its appearance is always slightly shifting.

Check out an impressive video of this detailed map of Mars.

This alternate video shows the planet's full rotation in 3D.

Isn't this incredible? Share
Like My Modern Met on Facebook
Get Our Weekly Newsletter
Become a
My Modern Met Member
As a member, you'll join us in our effort to support the arts.
Become a Member
Explore member benefits