Disney Stores are Getting a High-Tech Make-Over 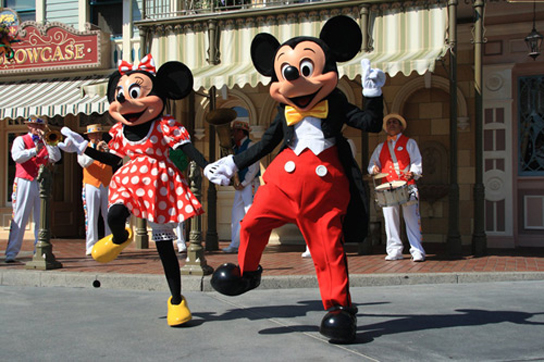 Interesting news coming out of the NY Times about Disney's stores. Soon you'll be seeing an expensive and ambitious floor-to-ceiling reboot of its 340 stores in the United States and Europe – as well as opening new ones, including a potential flagship in Times Square. What's going to be different? “Theaters will allow children to watch film clips of their own selection, participate in karaoke contests or chat live with Disney Channel stars via satellite. Computer chips embedded in packaging will activate hidden features. Walk by a “magic mirror” while holding a Princess tiara, for instance, and Cinderella might appear and say something to you. “It's your birthday? With the push of a button, eight 13-foot-tall Lucite trees will crackle with video-projected fireworks and sound. There will be a scent component; if a clip from Disney's coming “A Christmas Carol” is playing in the theater, the whole store might suddenly be made to smell like a Christmas tree. “Disney will adopt Apple touches like mobile checkout (employees will carry miniature receipt printers in their aprons) and the emphasis on community (Disney's theater idea is an extension of Apple's lecture spaces). The focus on interactivity –parents will be able to book a Disney Cruise on touch-screen kiosks while their children play – reflects an Apple hallmark. Employees can use iPhones to control those high-tech trees.” Live sounds and smells? An interactive experience? Who else could be behind this than the one and only Steve Jobs! Disney will spend a whopping $1 million a store to redecorate, reorganize and install interactive technology. In fact, did you know that in an unmarked warehouse in Glendale CA there's a full-scale, fully stocked proto-type store? Now that's too cool. Read the whole article at NY Times