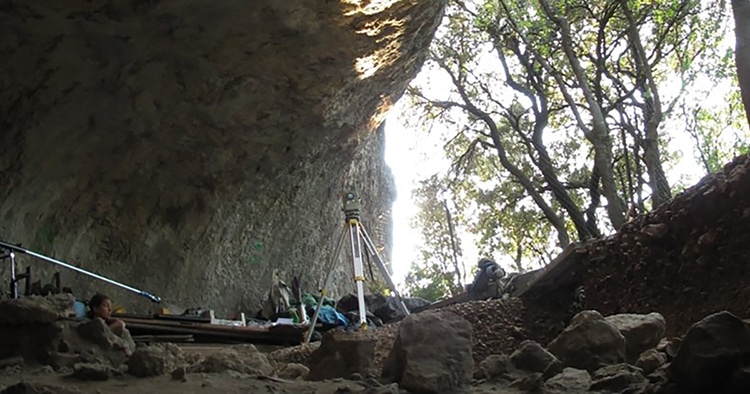 It was long thought that modern humans, known as homo sapiens, settled in Europe around 45,000 to 43,000 years ago. Before that, the continent was home to Neanderthals, another species of early human. A recent discovery announced in Science has readjusted this timeline and the relationship between the two species. A tooth discovered in a French cave, known as Grotte Mandrin, pushes the earliest presence of modern humans in Europe back 13,000 years and suggests the species overlapped with Neanderthals.

Previously, it was believed that the two species only coexisted in Europe for about 5,000 years and rarely interacted. A team of archaeologists and palaeoanthropologists under Ludovic Slimak of Toulouse University investigated a cave in the Rhone region of France. The cave is a rich deposit of evidence on prehistoric humans. “Mandrin is like a kind of neandertalian Pompeii, without catastrophic events, but with continuous filling of sands in the cave deposited progressively by a strong wind, the Mistral,” Slimak said. These layers demonstrate that Neanderthals and Homo sapiens both lived in the cave in an alternating pattern.

In a layer labelled “E,” 1,500 cut flint points were discovered. Their fine workmanship was different than Neanderthal tools. The flints were likely crafted as arrowheads, and they match the techniques seen in early modern human tools. Among the flints, the researchers discovered a milk tooth. Microtomography at the University of Bordeaux proved the tooth was from a modern human. It is the earliest evidence of modern humans in western Europe. This discovery pushes the arrival of the species back to 56,800 and 51,700 years ago. The team even postulates the Neanderthals may have shown a group of early humans the cave which became their home. This discovery is further proof that the human story is still being researched and written.

A milk tooth discovered in a French cave is the earliest evidence of humans in western Europe, and shows they coexisted with Neanderthals. 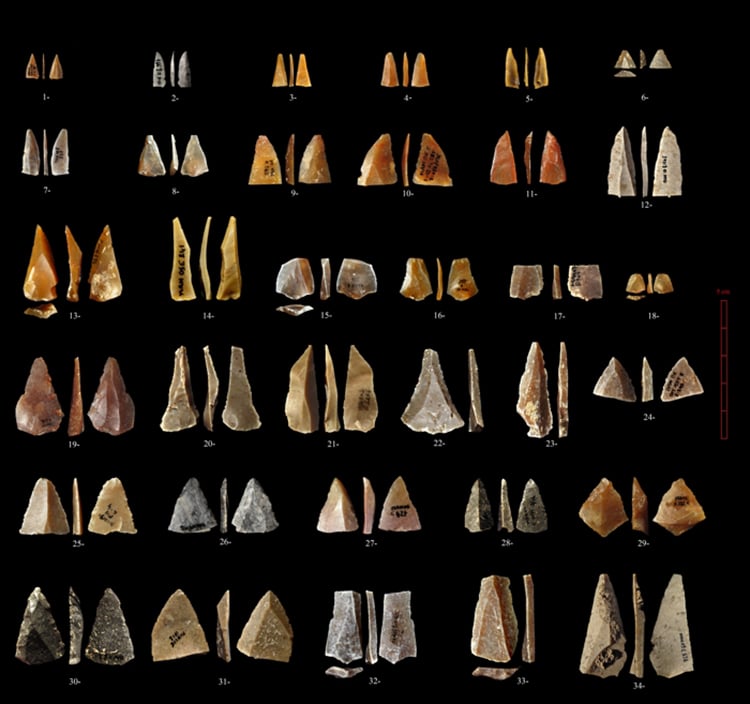