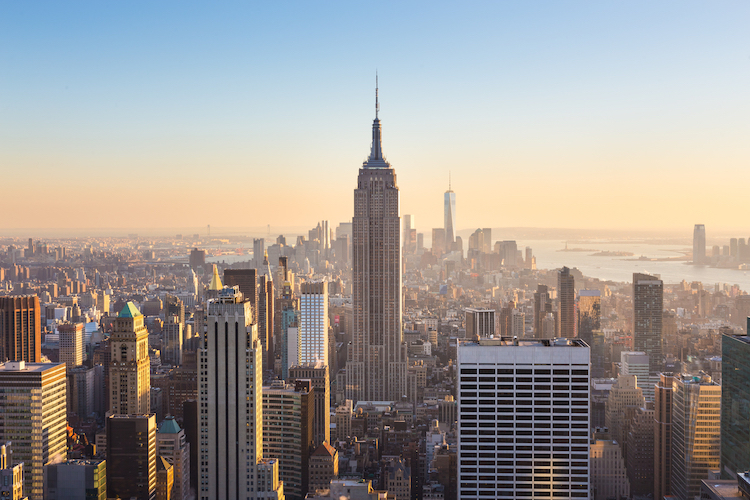 New York City’s iconic Empire State Building has been offsetting its energy use with investments in renewable sources of energy for over a decade. Now, building owner Empire State Realty Trust is expanding these green offsets to cover their other buildings in an ambitious new energy deal.

Dana Robbins Schneider at Empire State Realty Trust explains how and why this contract came about: “We have purchased renewable power from Green Mountain Energy for the World's Most Famous Building, the Empire State Building, for a decade. We now expand that to all properties in New York State with an additional Direct Energy contract for our Connecticut properties. We continue to advance our commitment to solutions that reduce our environmental impact. Our tenants now work in carbon neutral offices and the investment community can recognize our leadership.”

Some say that as a result of this deal, the Empire State Building and its related structures are 100% powered by wind, but that's a misnomer. In reality, wind power does not literally support the Empire State Building; it is not what makes the elevators work or what keeps the lights on. Instead, the building uses energy from the power grid just like all of its neighbors, but the company then buys an equal amount of power from Green Mountain Energy. This renewable source—in this case, wind power—can be used elsewhere. The expanded contract means Empire State Realty Trust will buy 300 million kilowatt-hours, the same amount that they use to cover their New York and Connecticut high-rise properties.

Though wind power does not actually reach the building, this is certainly still a big deal. The offset will prevent the production of 450 million pounds of carbon dioxide! The Empire State Realty Trust describes that this equates to removing the environmental impact of all NYC taxis for a year. As Schneider also describes in her statement, the contract also makes the company leaders in good environmental practice. This hopefully means that more groups will follow suit and that we can expect a greener and more sustainable New York City.