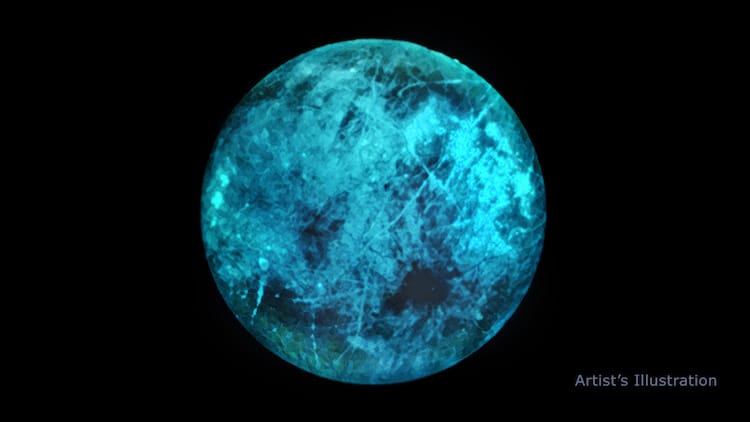 The many moons of Jupiter have long fascinated those interested in outer space. Though the planet has 79 moons, among the most well known are the four discovered by Galileo in 1610. This includes Europa, which is covered in an icy crust that sits above an ocean of salty water.  A new study by scientists from NASA and the National Institute of Standards and Technology suggests that Europa might also have a unique appearance, quite literally glowing in the dark.

Europa is being constantly hit with radiation emitted by Jupiter. As these particles hit the surface, they may actually be making it glow. To test the theory, scientists built the Ice Chamber for Europa's High-Energy Electron and Radiation Environment Testing (ICE-HEART). They used this to test how organic compounds under Europa's ice would react to radiation. While they knew that they'd see a glow, as is typical of radiated surfaces, they weren't fully prepared for what they saw.

“When we tried new ice compositions, the glow looked different,” said study co-author Bryana Henderson of NASA's Jet Propulsion Laboratory. “And we all just stared at it for a while and then said, ‘This is new, right? This is definitely a different glow?' So we pointed a spectrometer at it, and each type of ice had a different spectrum.”

This glow would occur on the night side of the moon, which is immersed in darkness. By understanding the types of glow that areas of the moon give off, scientists would have a better idea of the organic matter that lays beneath the ice. This is particularly important as NASA is planning to examine Europa more closely when the Europa Clipper mission launches in the mid-2020s. The mission will deeply investigate the moon in order to determine if it could be habitable. With results from the study in hand, they'll be able to see if what happened in the lab matches reality.

“It's not often that you're in a lab and say, ‘We might find this when we get there,'” said Jet Propulsion Laboratory's Murthy Gudipati, lead author of the study. “Usually it's the other way around—you go there and find something and try to explain it in the lab. But our prediction goes back to a simple observation, and that's what science is about.”

Either way, the study is yet another interesting look at how scientists are continuing to try and crack the code of our universe. 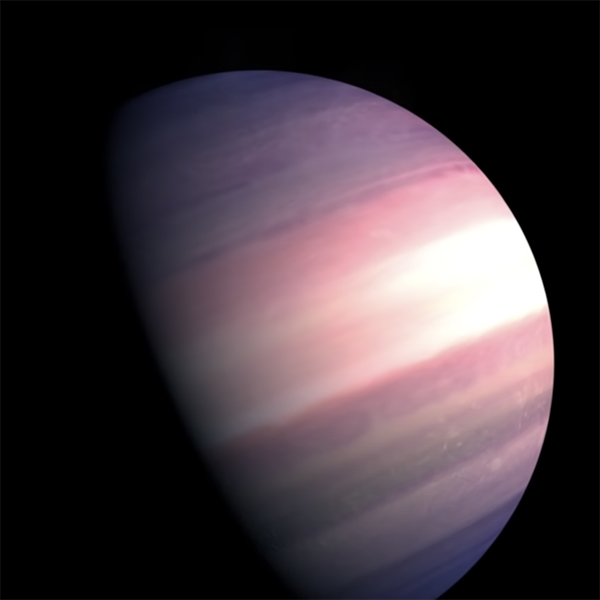