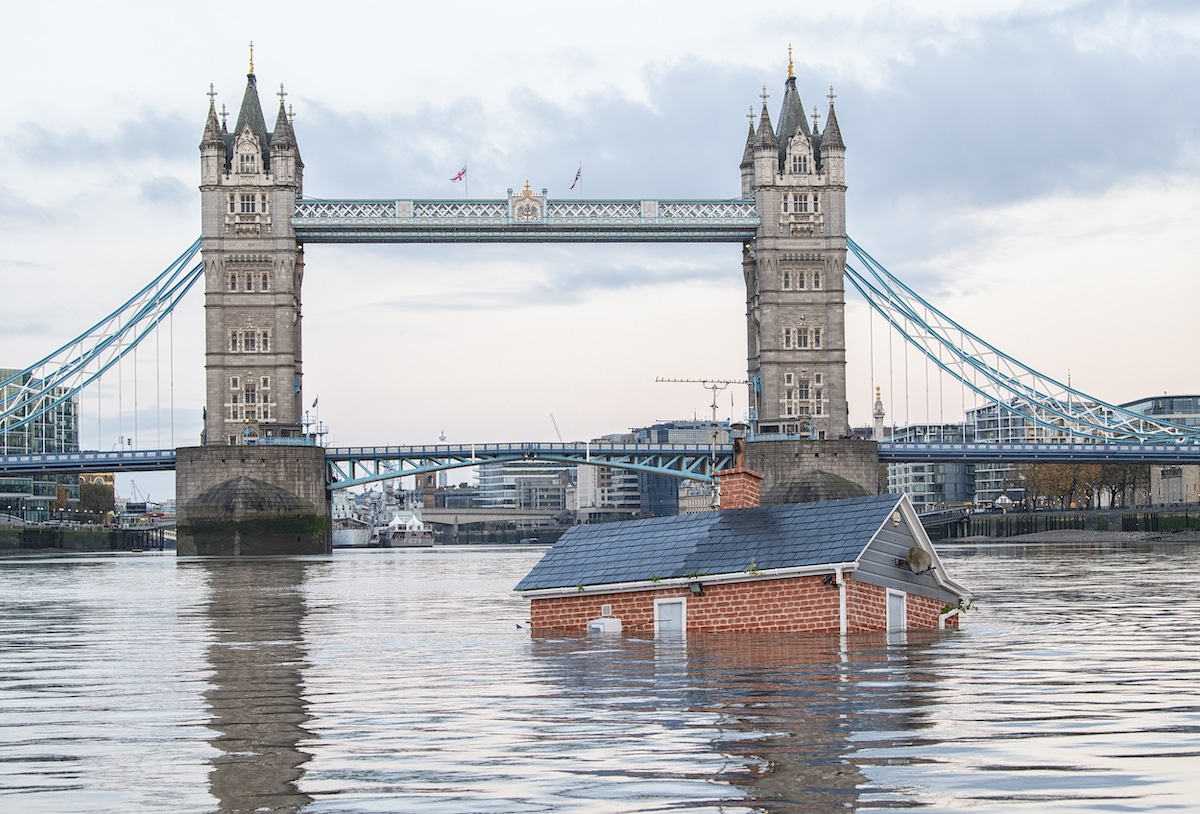 Activist group Extinction Rebellion is making an important statement about climate change by floating a typical suburban house in London's River Thames. Using dramatic visual imagery, they have sent a strong message to the UK government. Serious action needs to take place in order to combat the human threats that loom due to rising tides and global warming.

Sinking House, which was built by Katey Burak and Rob Higgs, is just the latest in a series of high-profile actions that the group has staged as a call to action. With Tower Bridge looming in the background, it's impossible not to be struck by the devastating view of this family home. Flooding is becoming a stark reality around the world, with many families losing everything as rising waters overtake their houses. At this point, even reducing greenhouse gas emissions may not be enough to reverse the damage.

“We may be close to passing a tipping point for at least some of the large outlet glaciers draining the West Antarctic Ice Sheet,” shares Stephan Harrison, Head of the Climate Expert Committee, “and this would commit us to significant sea-level rise whatever we decide in terms of reducing Greenhouse Gas Emissions.”

This startling prediction is made all the more real when one considers that the Greenland ice sheets were melting, at their peak, at a rate of 140,000 metric tons per second during summer. This is the equivalent of 200 River Thames and a rate that they weren't predicted to hit until 2070. 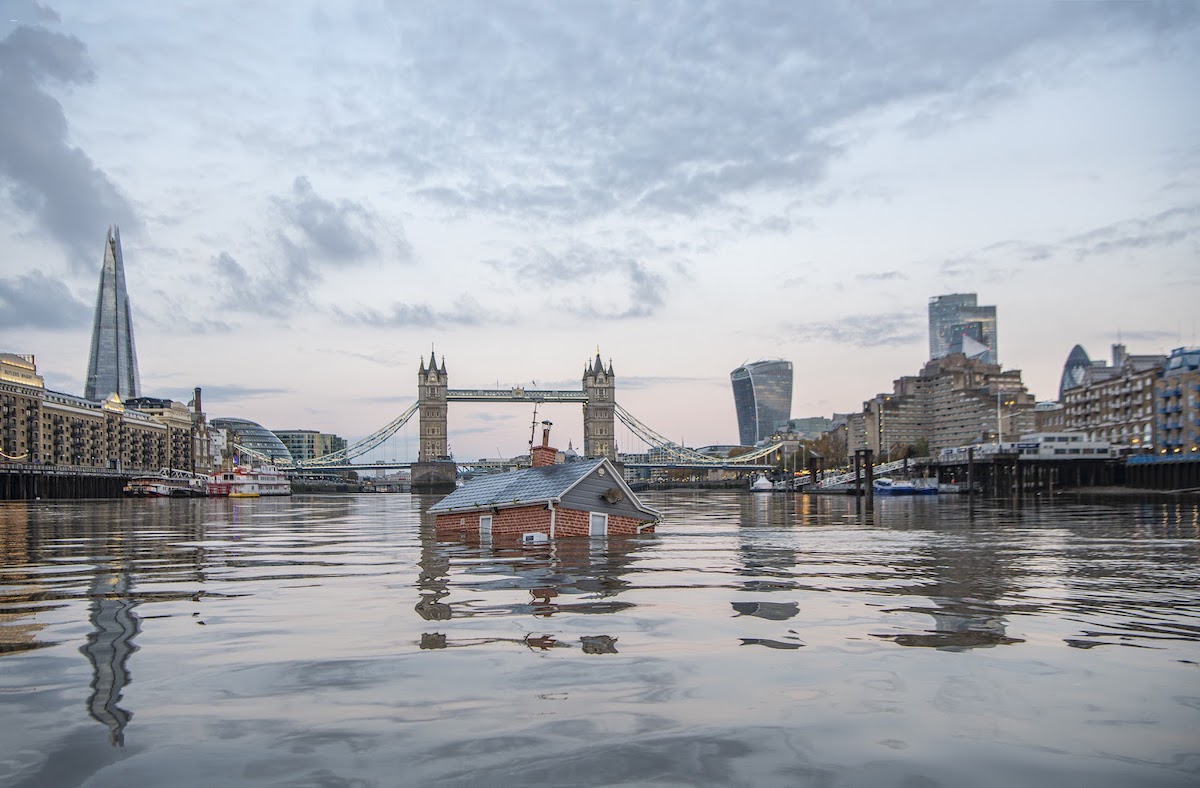 While all of these facts and figures are important, they still remain abstract for many people. This is why it was important for Burak and Higgs to take part and create something that would have a direct, visual impact.

“When I hear the facts about climate change my brain can scarcely comprehend them, they are vast and scary. We wanted to make something that people can visually connect to, whilst leaning on the government and the experts to make the changes that need to be made. Until they make the big legal and financial changes, it’s very hard for people like me or you to make significant changes to protect ourselves and the world around us.”

As anyone living in coastal areas can attest, the threat of flooding is all too real—as recent record floods in Venice prove. And unfortunately, these tragedies often hit the most vulnerable members of our community, sweeping away a lifetime of memories in an instant.

Want to do more? Extinction Rebellion has local groups across the UK for those who want to get active and help bring about change.

Activist group Extinction Rebellion sunk a house in the River Thames as a warming about the consequences of climate change. 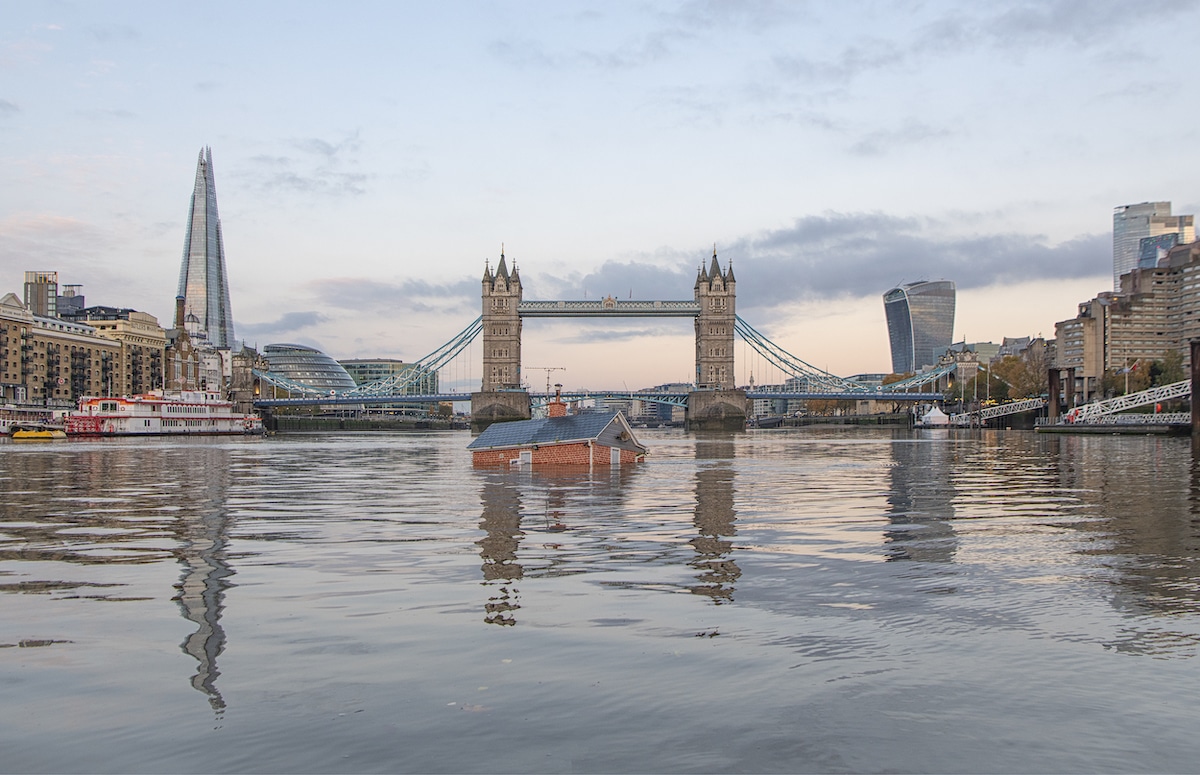 All images via Guy Reece. My Modern Met granted permission to feature photos by Extinction Rebellion.

Want to get involved? Share
Like My Modern Met on Facebook
Get Our Weekly Newsletter
Become a
My Modern Met Member
As a member, you'll join us in our effort to support the arts.
Become a Member
Explore member benefits