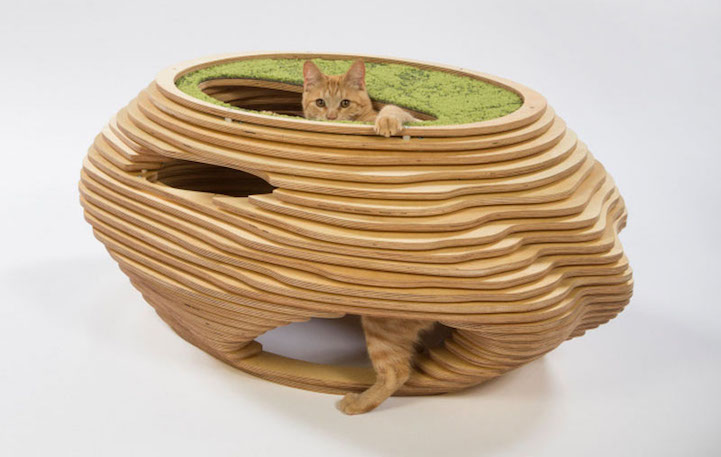 Twelve Los Angeles-based architecture firms have designed dwellings that are considerably smaller than the scale they're used to working in–all for a good cause. A non-profit organization called FixNation, which helps to reduce the homeless cat population, recently held an event called Architects for Animals: Giving Shelter where designers lent their talents and time to build unique habitats for our furry friends.

The dwellings vary in their construction. Some are very condo-like, with spaces for the cats to sleep and windows to stalk their prey. Other designs have elements of play built-in and feature string, scratchpads, and faux grass for the felines to interact with. One shelter called The Lunar Cat Lander features architectural design that's out of this world–it actually resembles a spaceship that has landed on a cratered moon.

During the benefit, the sold-out crowd was able to vote on their favorite design. Although there was some stiff competition, the most popular shelter was Cat Bowl by Abramson Teiger Architects. Their elegant, multi-use dwelling was inspired by the Chinese yin-yang symbol and has layers of wood that are spaced apart to allow a cat easy viewing access to the outside world. Scroll down to see some of the other clever creations.

Above: The Cat Bowl shelter by Abramson Teiger Architects 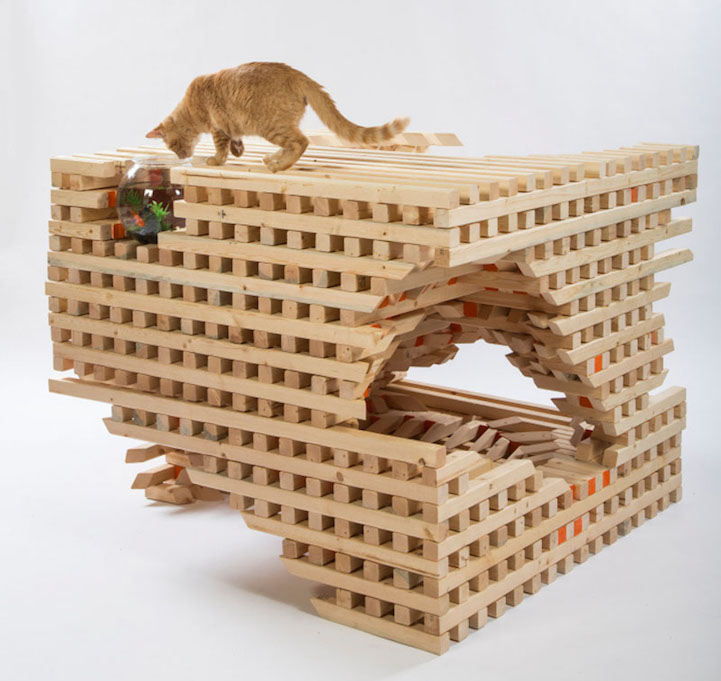 The catSCAPE shelter by HOK 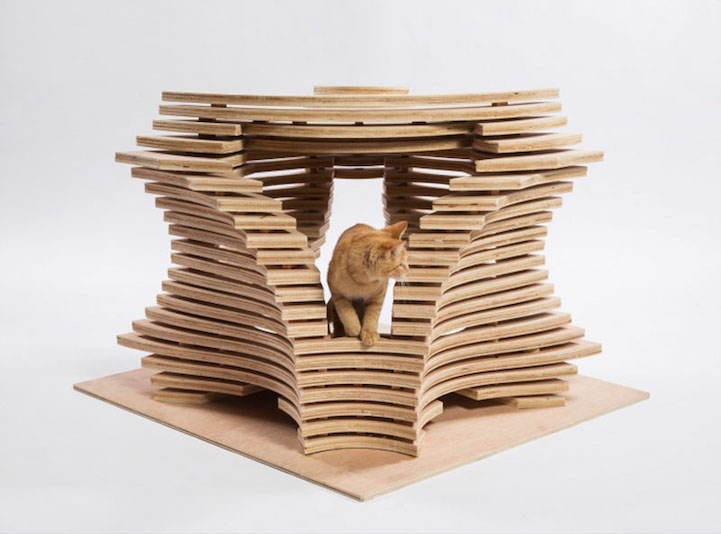 The Silhouette shelter by CallisonRTKL 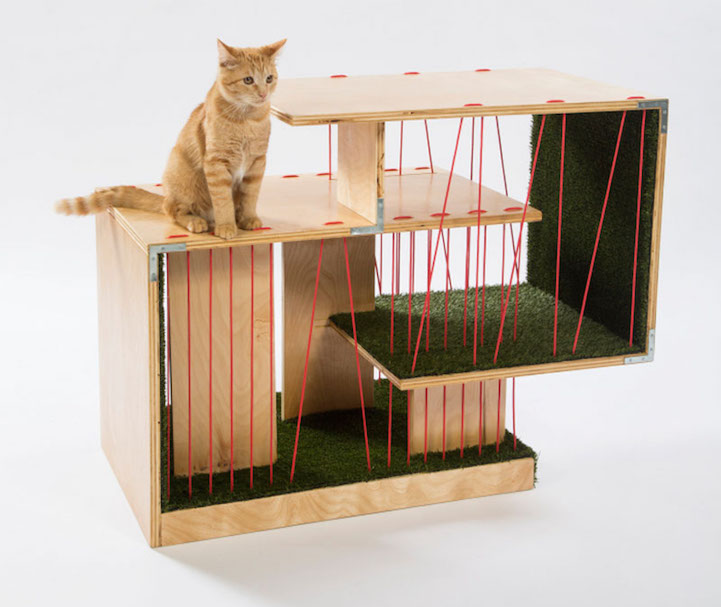 The String Theory shelter by RNL 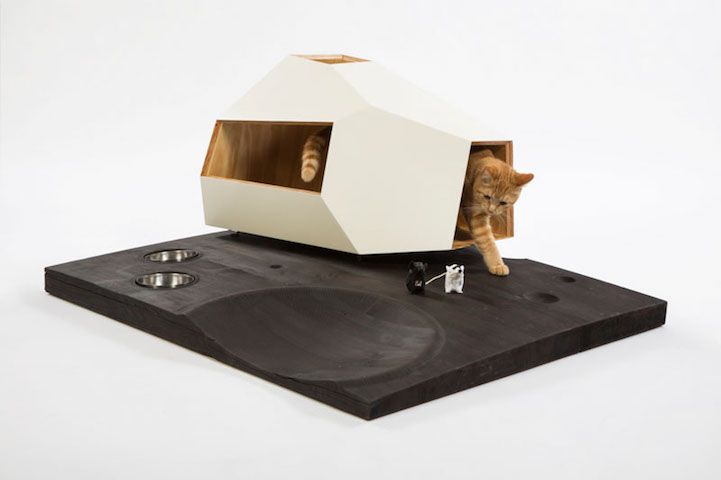 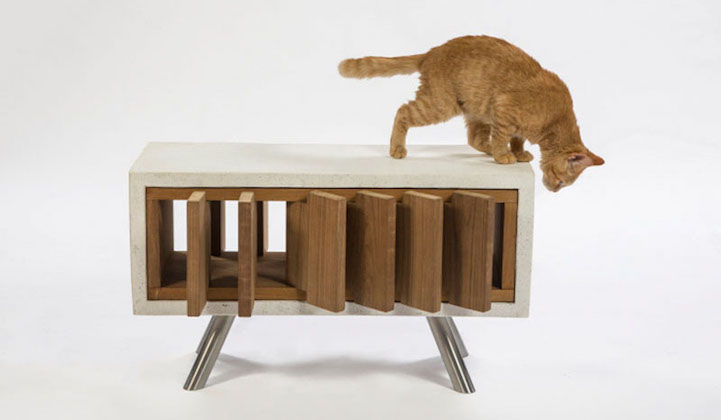 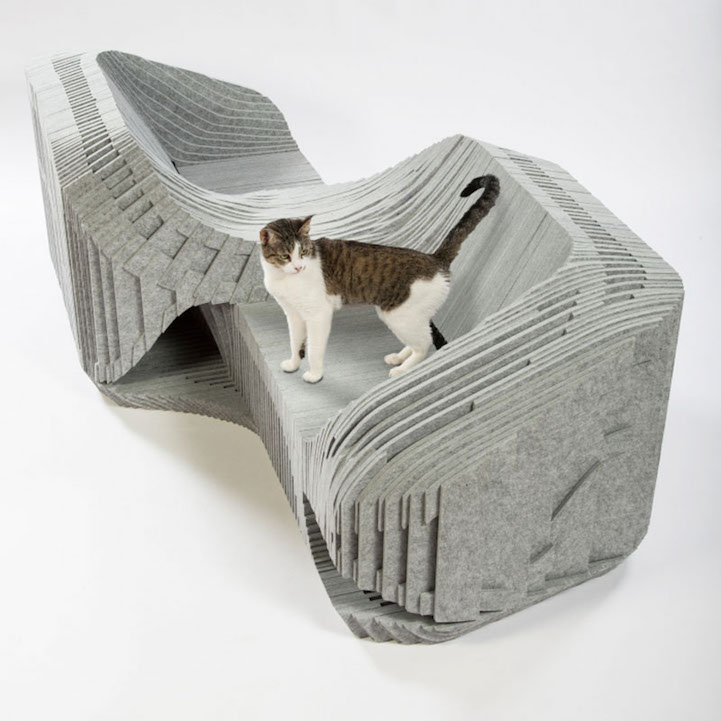 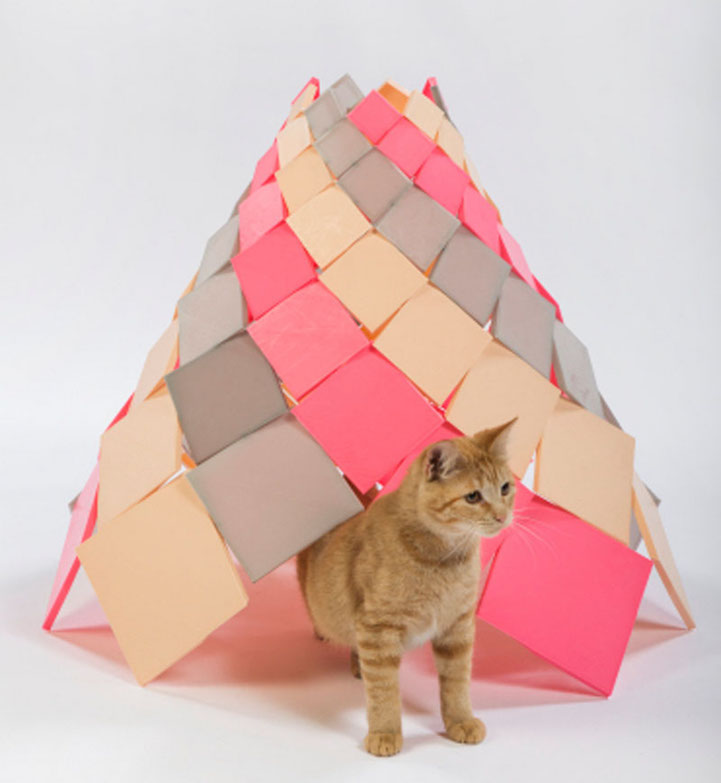 The Spiral Kitty shelter by DSH