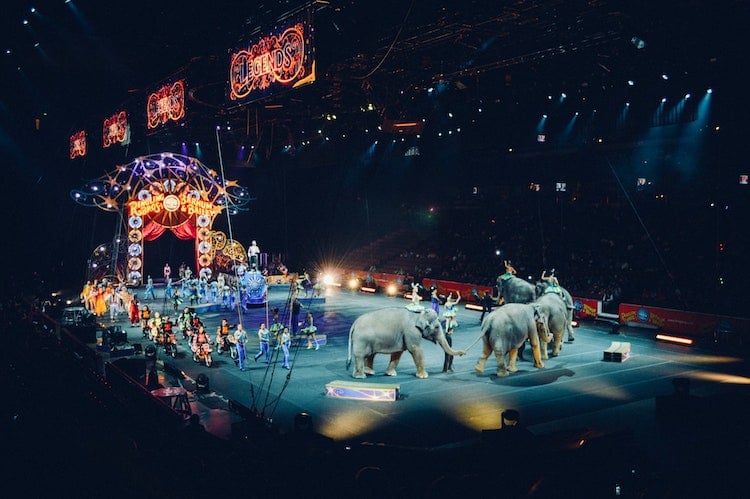 The use of wild animals in live acts and modern circuses has been a standard practice for more than a century. However, thanks to decades of animal advocacy, the custom is becoming less and less common. In light of a determining vote that recently took place in France, it has become the latest country to officially ban the use of animals in traveling circuses and other live acts. The law will take effect immediately, but its policy states that all performances should be halted within two years. The ownership of circus animals or any other wild animals used for performances will become illegal in seven years.

The new legislation also protects other species of wildlife in addition to the lions, tigers, bears, and elephants commonly seen in the circus. Dolphin and marine shows are included in the ban, with the government announcing that the country’s three existing facilities cannot breed or import new dolphins or killer whales for their shows. Mink farming has also been outlawed, and any practicing operators are required to stop the practice immediately. The penalties for animal cruelty have been heightened as well, with fines raised up to €75,000 euros ($85,000 USD) and the potential of up to five years of prison time.

The ban, which has been under debate since 2020, does not include wild animals in other types of permanent shows and zoos. It also leaves out several cultural practices such as hunting and bullfighting, which has caused some animal rights activists to question whether the ban goes far enough. On the other hand, there has also been some pushback from circus owners and other performers. However, the new legislation has been viewed favorably overall. In light of this sweeping change, the French government has promised to allocate €8 million euros ($9.2 million USD) to help people working in the affected industries transition and find other jobs.

Heralded as “a historic step in the animal rights combat,” the changes in France will bring the country in line with over 20 other European countries that have already banned or heavily restricted the use of wild animals for entertainment. Some circuses in these regions have already gotten creative and started to replace their live animals with futuristic holograms. With new technologies advancing every day, it will be interesting to see how circuses and similar entertainment events continue to gradually transform.

A new law in France bans the use of wild animals in the circus.