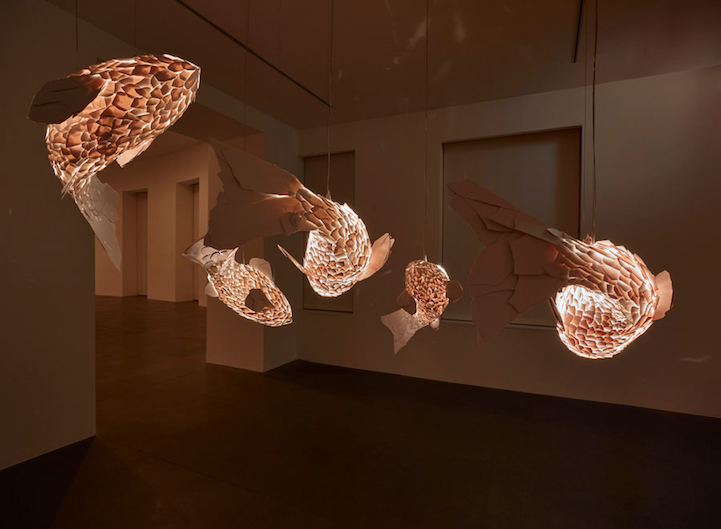 Architect Frank Gehry is famous throughout the world for his modern, dynamic buildings that boast awe-inspiring designs. What he’s less well-known for, however, is his work in the fine art world. Between 1984 and 1986, he produced Fish Lamps, a series of illuminated sculptures featuring graceful koi whose bodies twist and turn as if they’re swimming through water.

Gehry’s exploration into this realm of creatures influenced his later architectural work. The fish became a motif in his buildings, appearing as undulating, curvilinear forms present on designs like the Guggenheim Museum in Bilbao, Spain.

In 2012, Gehry revisited his Fish Lamps series and created an entirely new school of them. Like his designs from the 20th century, he constructed them using a material called ColorCore, a laminate often used for countertops or desks. The updated pieces are each made by hand and feature a combination of curled and flexed elements. When lit, they cast a warm glow that travels throughout the Gagosian Gallery space—here, his pieces hang from the ceiling and rest slightly elevated above the floor.

Fish Lamps are on view at the Gagosian Gallery in Rome until September 16, 2016. 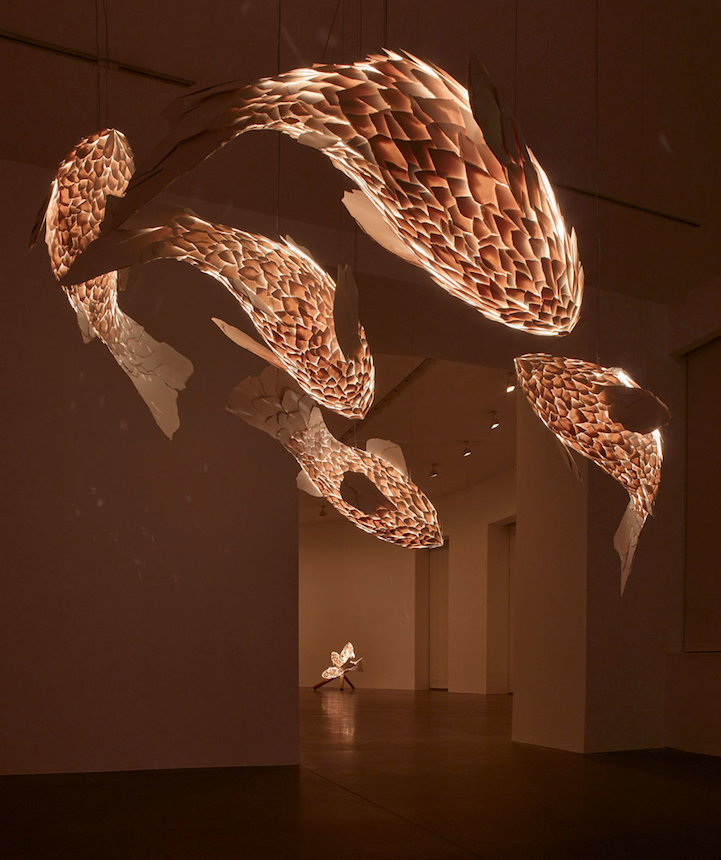 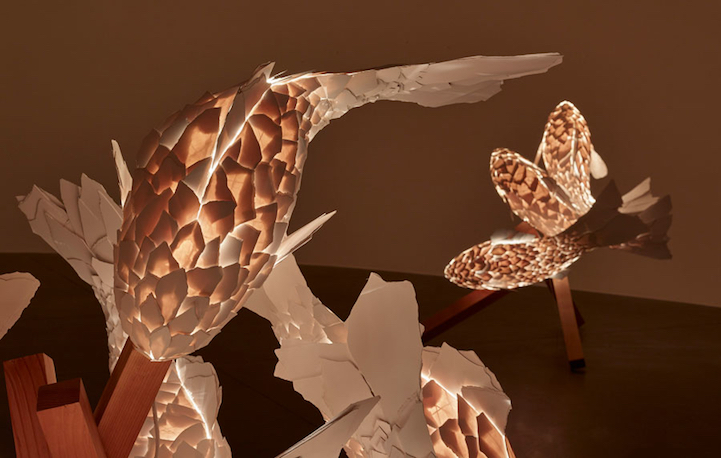 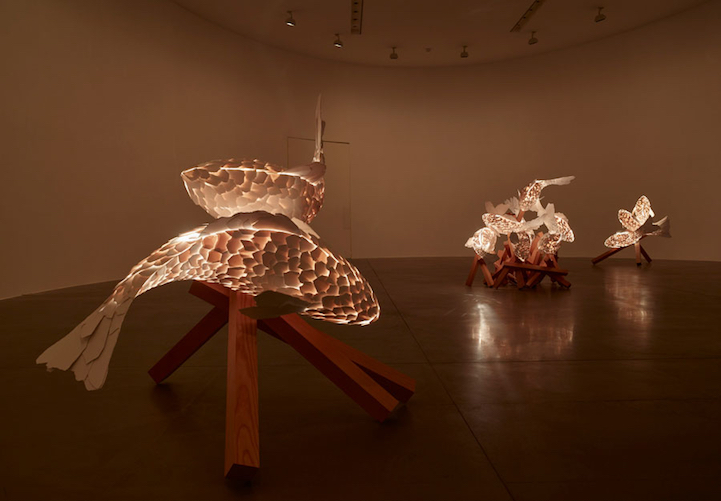 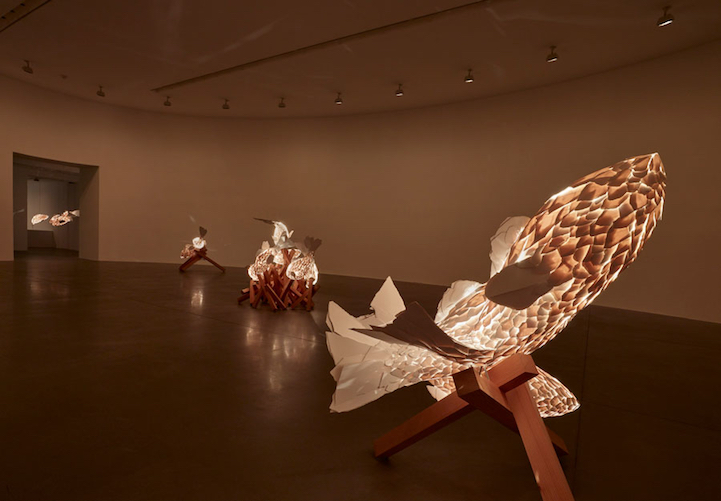 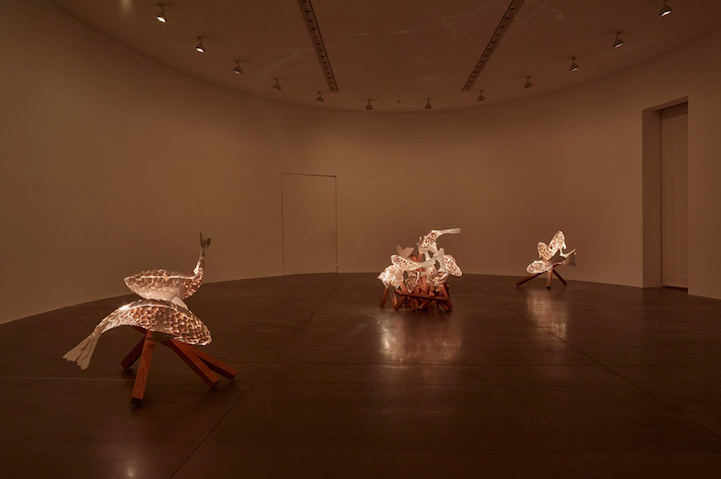 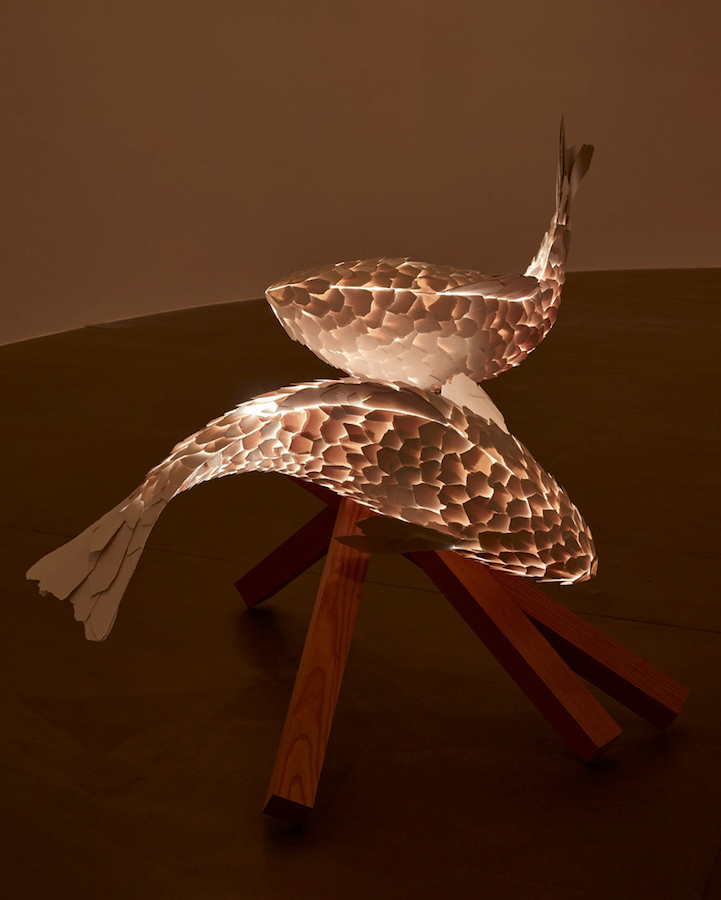 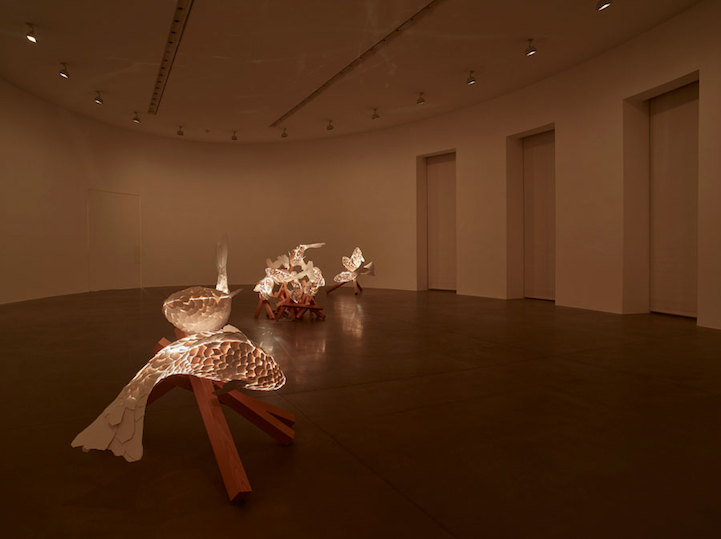 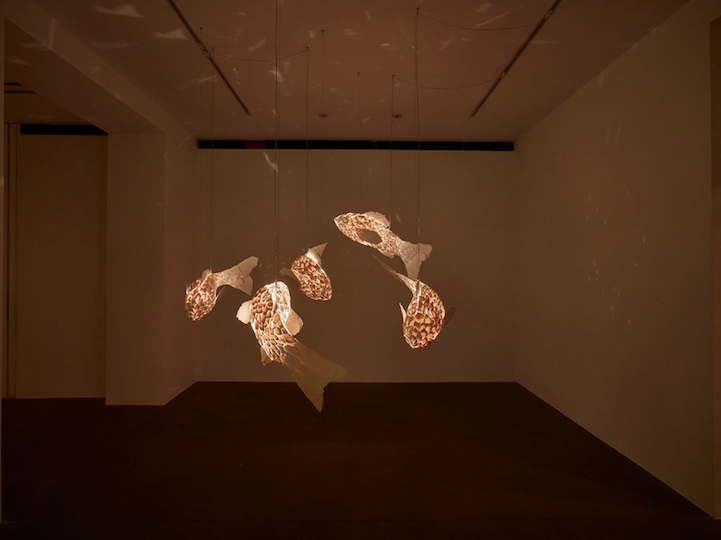 All photos by Matteo D'Eletto.