The HBO show Game of Thrones, with its beautiful shooting locations and epic battle scenes, must have a massive budget. But even mega-hits like this one have to pinch their pennies somehow. To do this, the show’s costume designer Michele Clapton heads to one of the best places for affordability—IKEA. During a 2016 talk at the Getty Museum in Los Angeles, she made mention that the capes worn by the Night’s Watch are an altered version of the company's sheepskin rugs you can buy for $79.

So, if you’re looking to create your own Game of Thrones cosplay, Clapton’s reveal gives you a great place to start. And better yet, IKEA makes it even easier to look like Jon Snow. They’ve illustrated a set of instructions—appropriately called Vinter—on how to fashion a Game of Thrones cape. All it requires is one of the SKOLD rugs and a sharp pair of scissors. You'll simply cut a hole in the center of the carpeting and then drape the faux fur around your neck—no sewing required.

Of course, the amazing ensembles of the Night’s Watch are more complicated that just a couple snips of the scissors. “We take anything we can; we cut and we shave them and then we added strong leather straps,” Clapton explained about the rugs. “I want the audience to almost smell the costumes.”

Want to make your own Game of Thrones cosplay costume? IKEA has made it easier than ever. 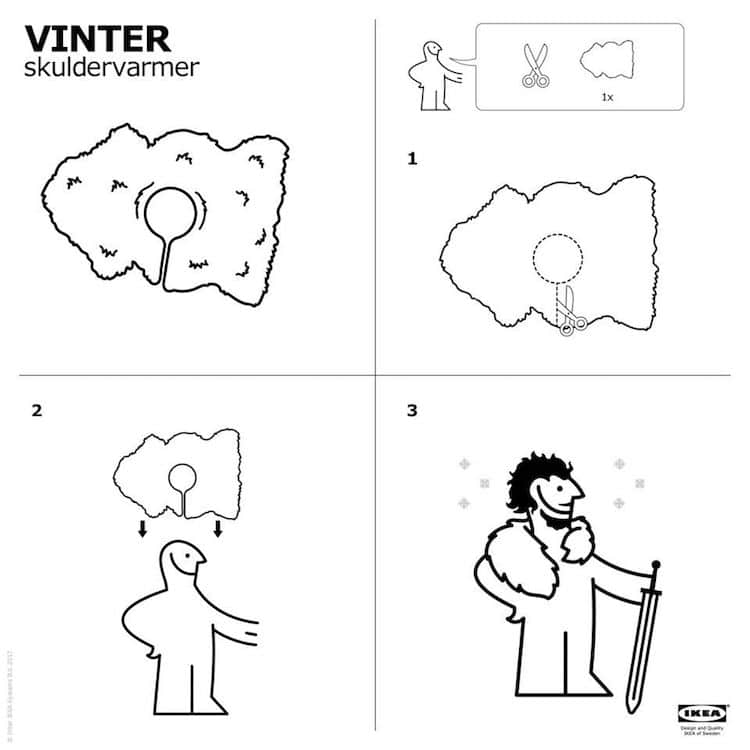 Michele Clapton, costume designer for the show, revealed that she uses this rug as part of the Night’s Watch cape: 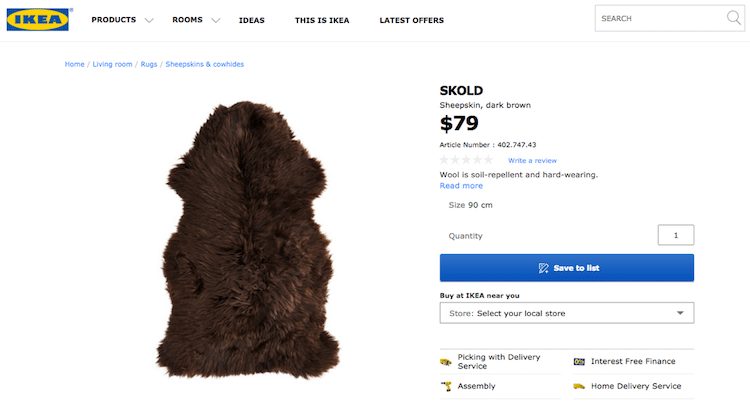 Just cut a hole in the middle and slip it over your shoulders. You'll look like Jon Snow in no time!

Awesome 3D Illusion of The Wall from Games of Thrones