What an awe-inspiring sight! A few days ago, on Friday, November 29, The Grand Canyon was taken over by a rare weather phenomenon that filled the entire canyon with a thick layer of fog. The occurrence, called a temperature inversion, caused everyone, including rangers, to flock to the rim to take photos of it. As the Grand Canyon National Park Facebook page stated, “Rangers wait for years to see it. Word spread like wildfire and most ran to the rim to photograph it. What a fantastic treat for all!”

If you stayed just a few more days, you could see it again as it happened twice in three days! Visitors to the canyon both on Friday and Sunday were able to witness the stunning, once-in-a-decade event.

An inversion happens when cold air is trapped near the surface of the earth by warmer air above. Humidity in the cooler air creates the fog. While most only fill up parts of the canyon, it's rare to see the entire canyon enveloped in a sea of clouds. Here are some of the best photos taken by park rangers and visitors who were in the right place at the right time. 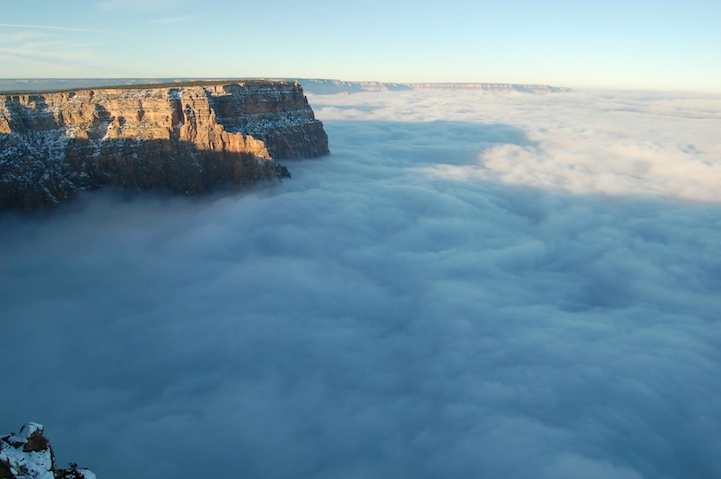 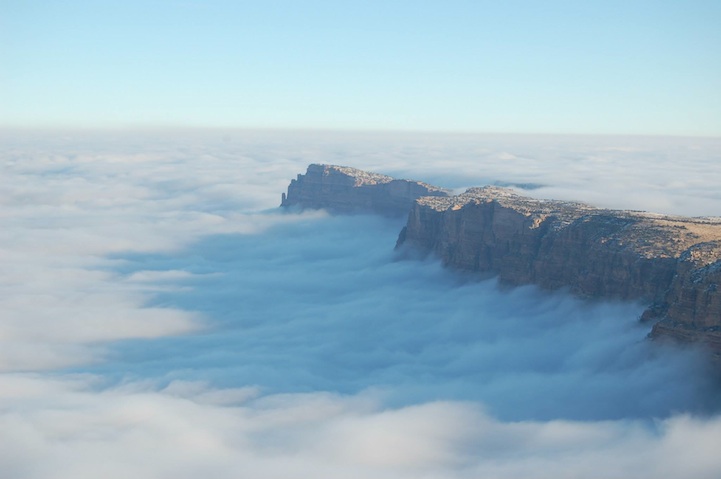 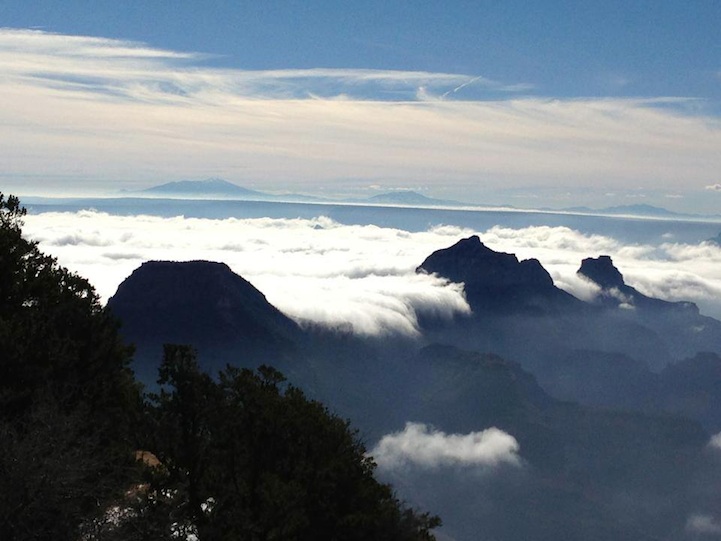 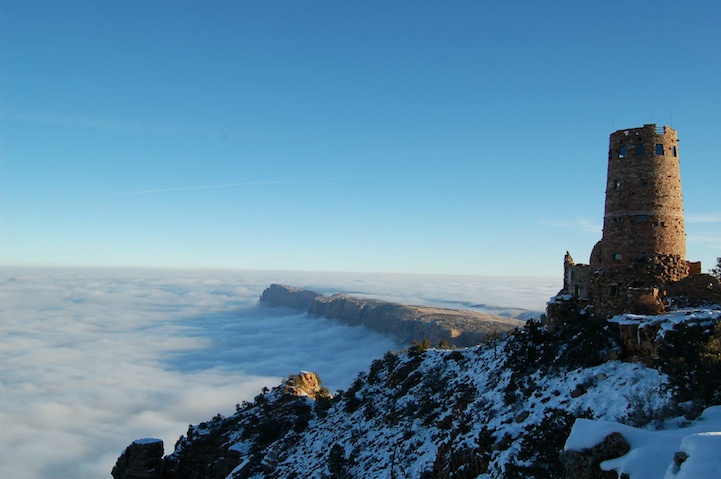 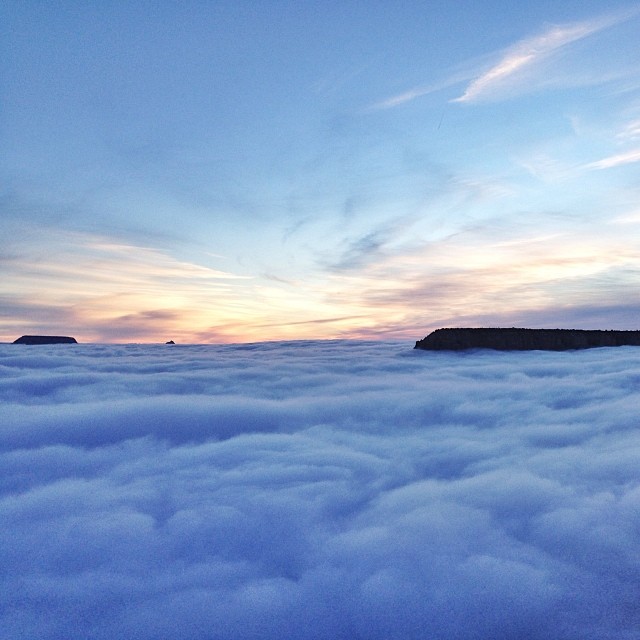 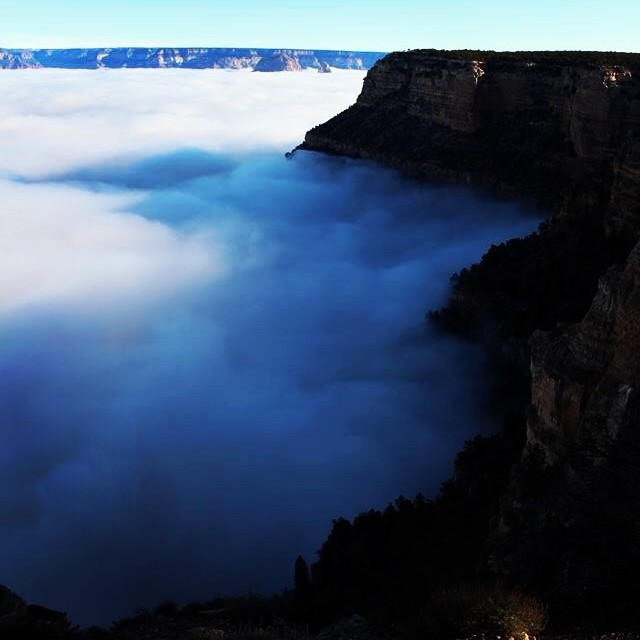 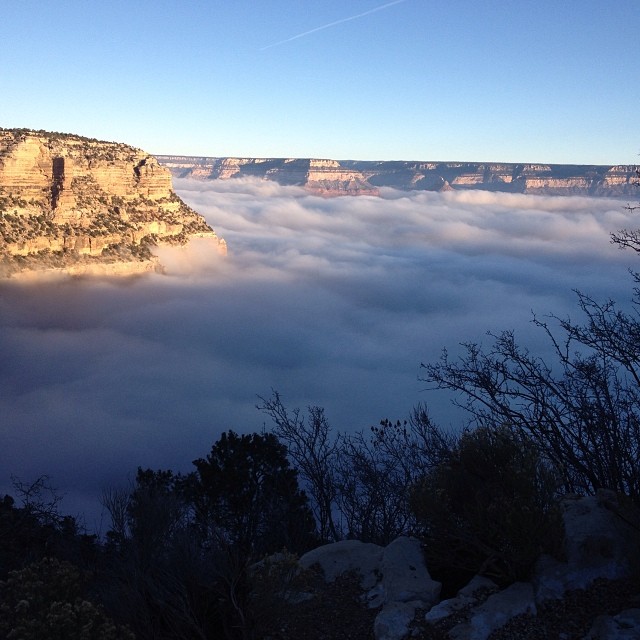 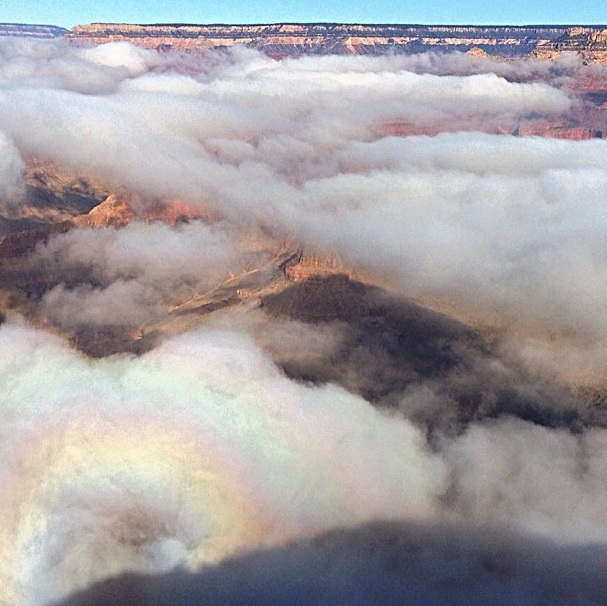 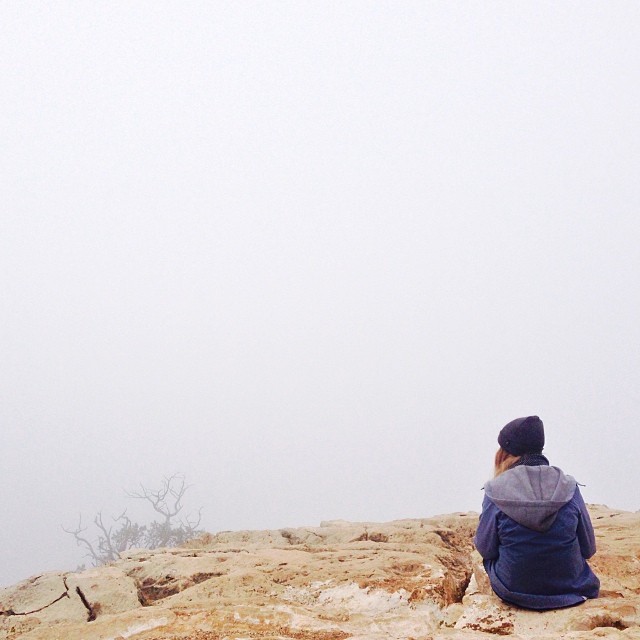 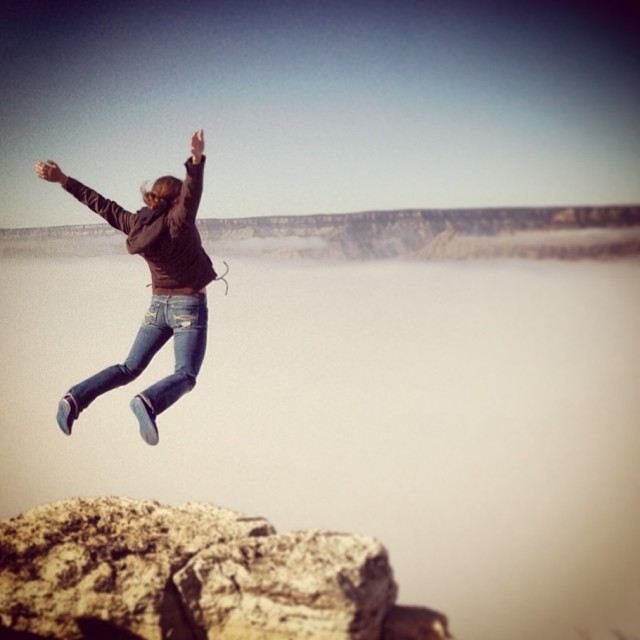