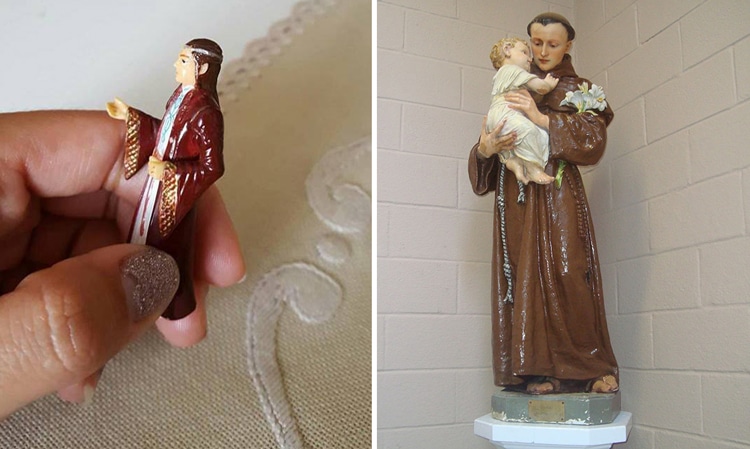 There’s a religious-like fandom for The Lord of the Rings books and film franchise, but that wasn’t what one elderly woman from Brazil meant to pray to all these years. Gabriela Brandão, a freelance makeup artist from Florianópolis, recently discovered something unusual about the tiny figurine that her daughter’s great-grandmother worships every day. The ears were pointed—like an elf—and Brandão knew that something wasn’t right. Taking to the internet, she found an identical figurine for sale online. So, what was supposed to be a statue of Saint Anthony was actually Elrond, an elf from The Lord of the Rings.

Brandão says that this was “the the funniest thing that ever happened to me,” and shared her discovery with the internet. It quickly went viral in Brazil and fans of The Lord of the Rings couldn't help but relate. Despite her amusement, Brandão didn't keep the mix-up a secret from the great-grandmother. “We tried to explain right away but she didn’t understand at first,” Brandão told BuzzFeed. “The next day we explained again and she understood and we got her a new figure of Saint Anthony.” 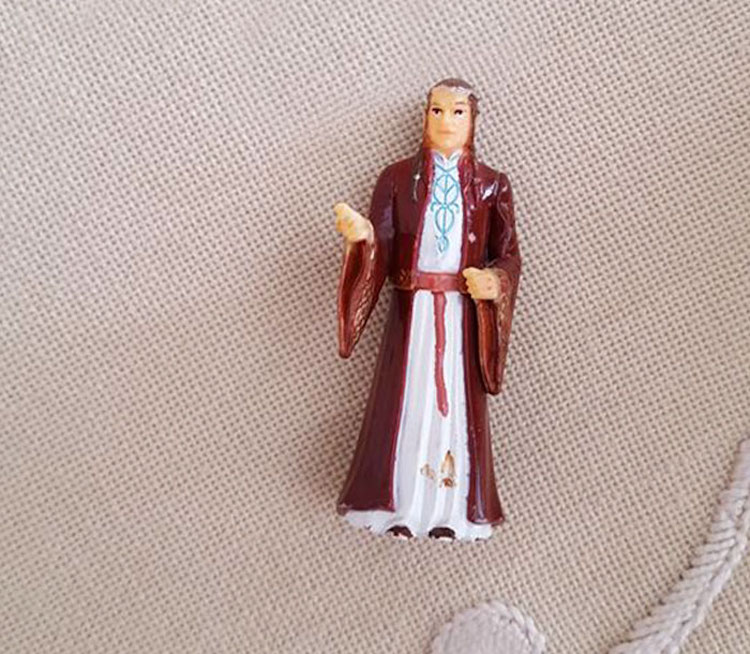 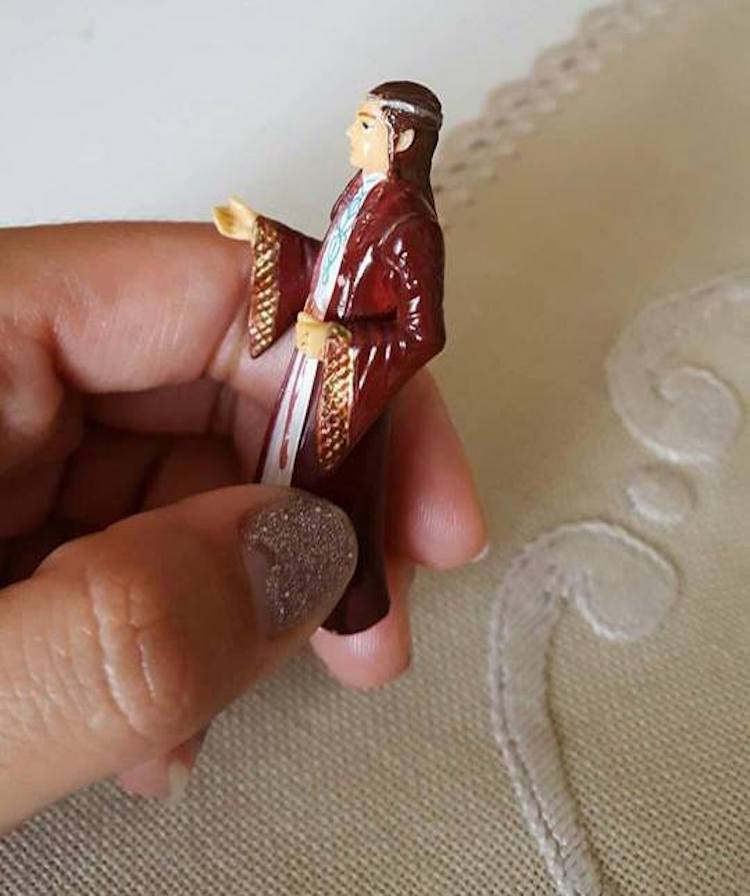 …who's modeled after Elrond from The Lord of the Rings. 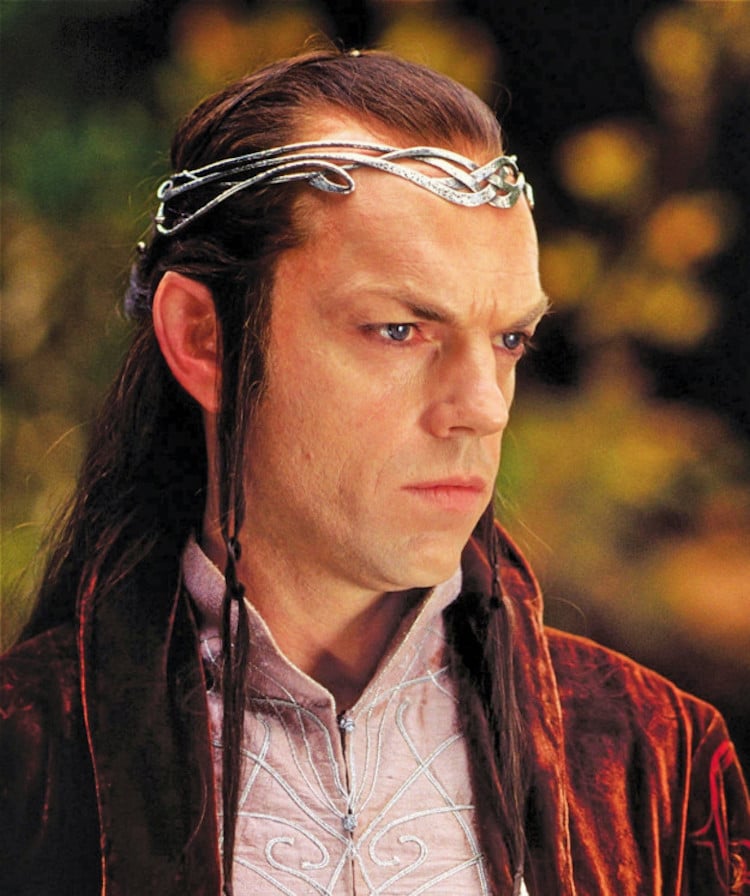 What she actually wanted was this guy: 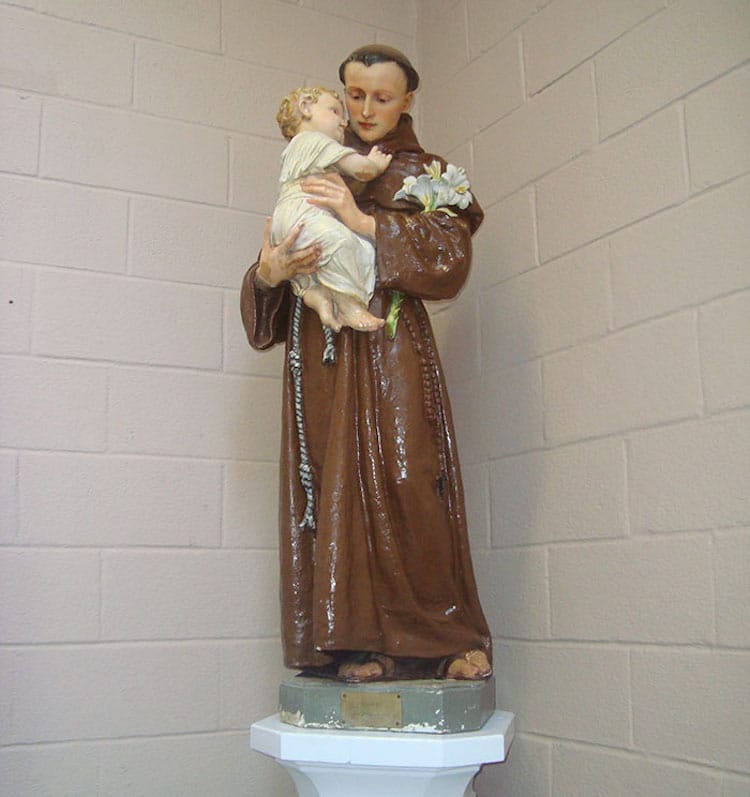 She's now got an actual Saint Anthony to pray to every day. (With regular, non-pointed ears.)

All images via Gabriela Brandão unless otherwise noted.